Mental health and the personal road to recovery 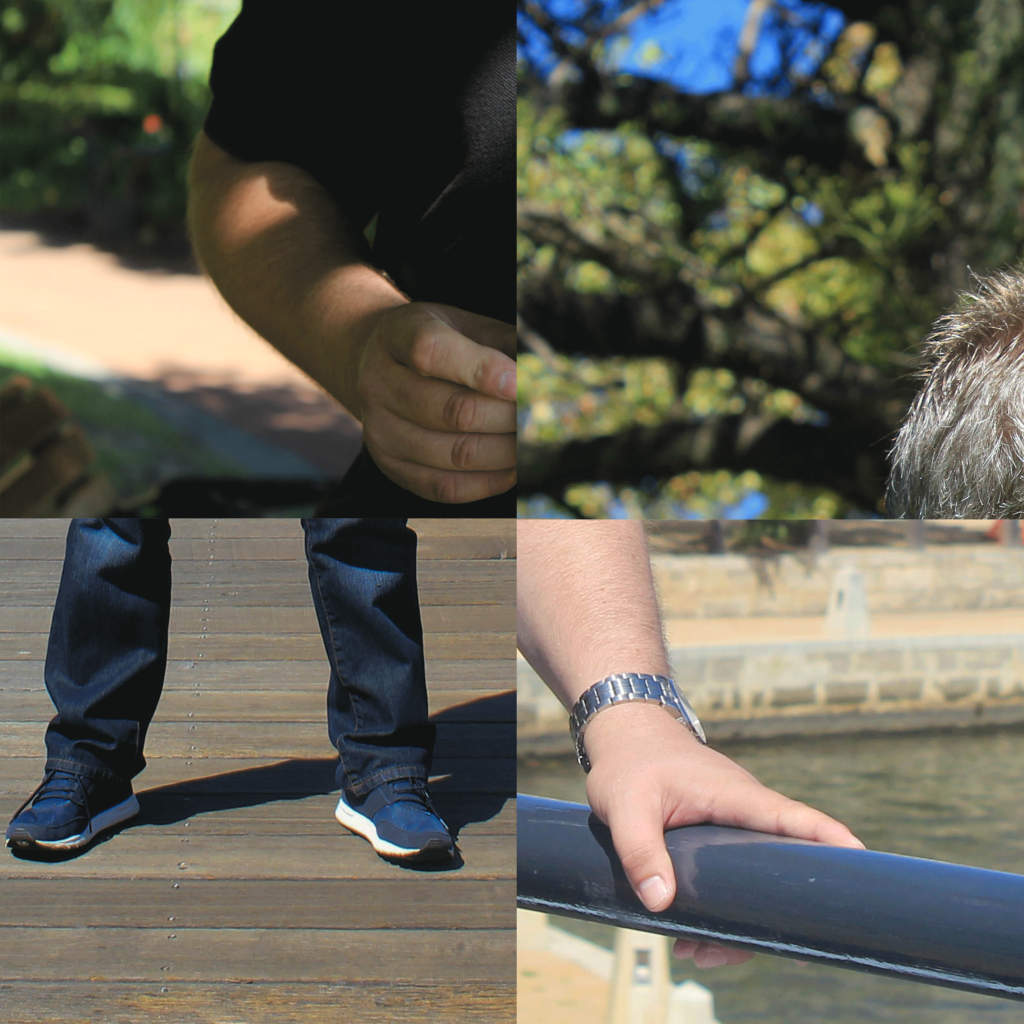 Mental health and the personal road to recovery

“When I was in the van being transported from the airport to the removal centre, they sprayed gas at me… it felt like a movie, except I was in it.”

John, a father, husband, and hard-worker, has been battling his own mind since the beginning of his professional career.

John is just one out of millions of people experiencing mental health issues. He has a diagnosis of schizophrenia, which recently led him on an ‘adventure’ of a lifetime – seeking asylum in the UK. 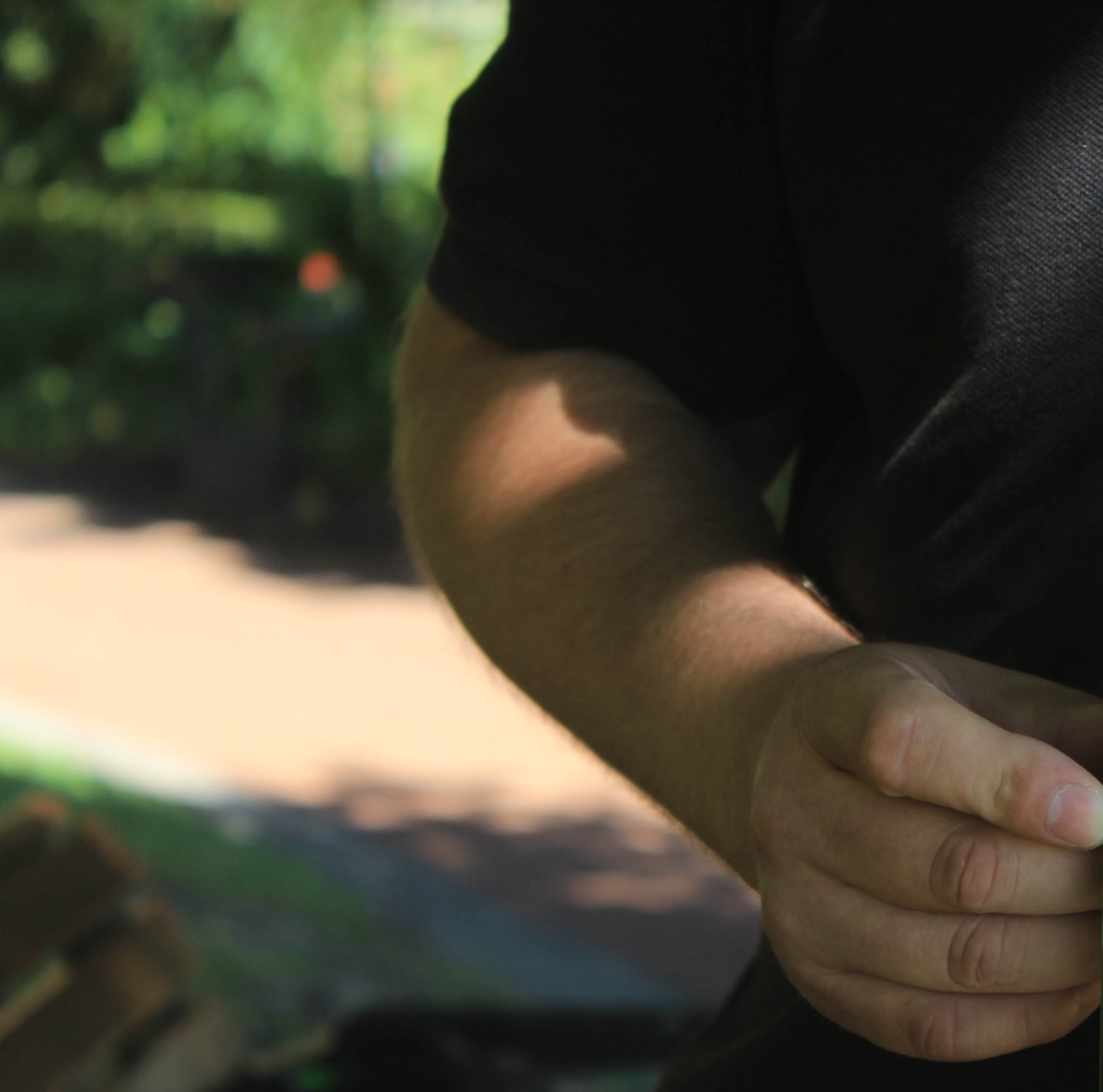 He started developing signs of schizophrenia at the beginning of his career, after he was assigned to work in a remote area near Darwin with only one other co-worker. The work lasted a couple of months, until he started experiencing fatigue and was subjected to psychological trauma.

“The hardest part of the time was the trauma, which in a nutshell involved intimidation and mind games by a subcontractor,” he said.

“I didn’t see the illness as necessarily random or biological in origin, but was a combination with fatigue, isolation, and harassment by my co-worker that triggered my mental illness.”

Mental illness is thought to be caused by a combination of biological, psychological, and environmental factors.

“The subcontractor told me he could murder and bury someone and the body wouldn’t be found. There were only the two of us there, I wasn’t sure who he was referring to, but it seemed like it was me,” he said.

“He told me to take my underpants off; he said a lot of strange things on this particular day we were together, and that triggered anxiety in me. Also, shortly after that, fear, paranoia and hallucinations came into play. I became highly distressed and made a rapid escape from Darwin.

“Later, back at work in the office, the situation wasn’t dealt with.

“People at work were aware something had gone wrong, but nobody offered counselling or support. It was just business as usual. I had to ring people at work in order to leave Darwin, so I guess they knew what I was thinking at the time.” 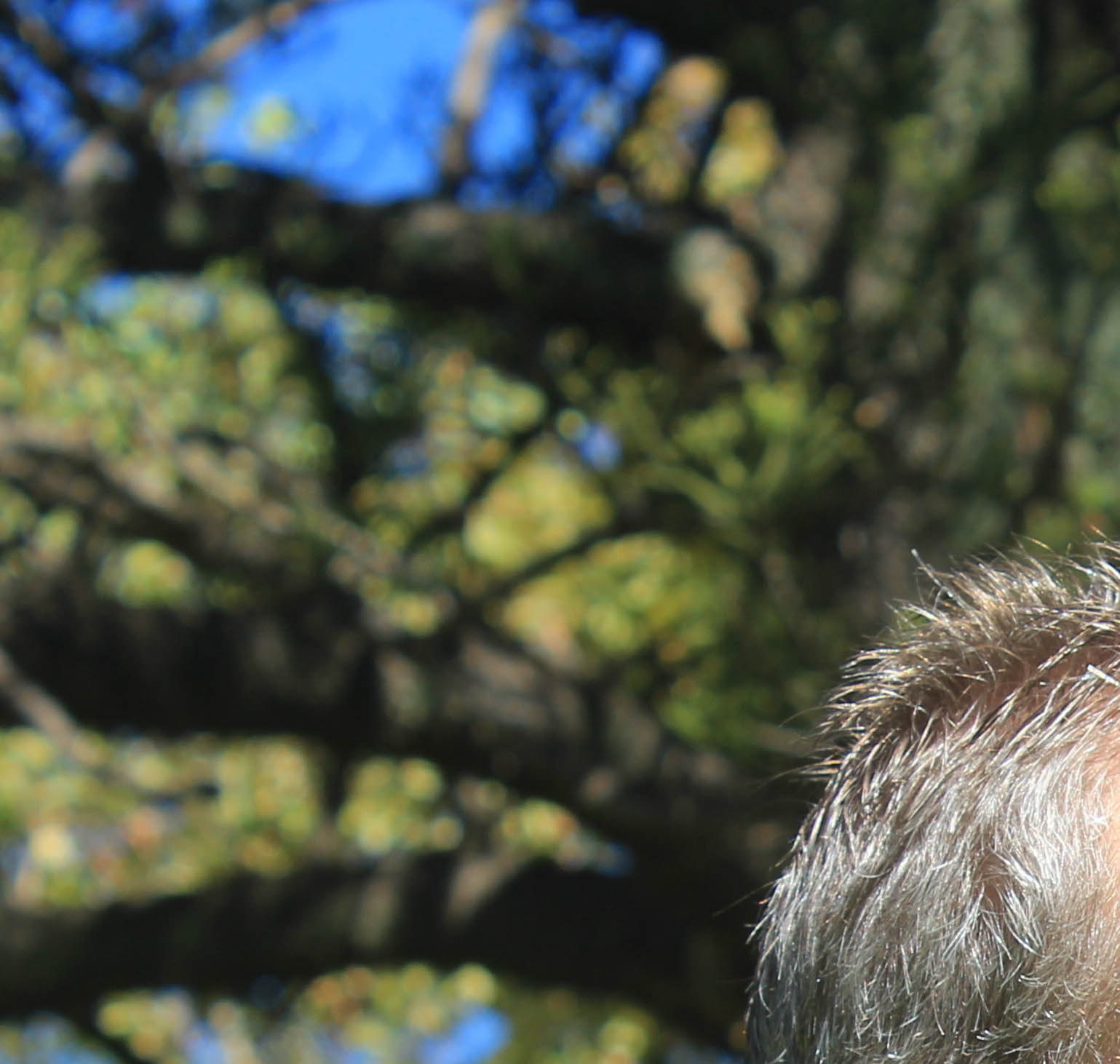 John said he became more and more paranoid at work since nobody did anything about his situation, leading him to believe people were plotting against him and wanted to kill him. Suppression of his feelings resulted in his mental well-being spiralling downwards.

John’s situation became worse when a mining industry downturn struck and he was left not only with mental illness, but jobless.

He had a mental breakdown that ended with him being put in a mental hospital in a straitjacket. He was left locked up in a ward after trying to explain to the police a story about his neighbour.

“I think my mind went into defensive mode and I began to think irrationally. I struggled to cope and survive,” he said.

“I came to the attention of mental health services in quite a spectacular way, because I ended up in a police station claiming my neighbour had killed his girlfriend.

“The police didn’t take me seriously, and I had a psychotic episode in the station. They called a psychiatric evaluation team, put me in a straitjacket, and I was taken to a psychiatric hospital.”

“If I don’t come back, you have to kill that guy.”

The mining downturn was also a big factor that affected John’s mental well-being, leaving him on a plane from Australia to the UK.

Fearing he might lose his job in the current economic climate, John had reason to feel it was a good idea to move to the UK to find employment. This led him to the second chapter of his mental adventure. 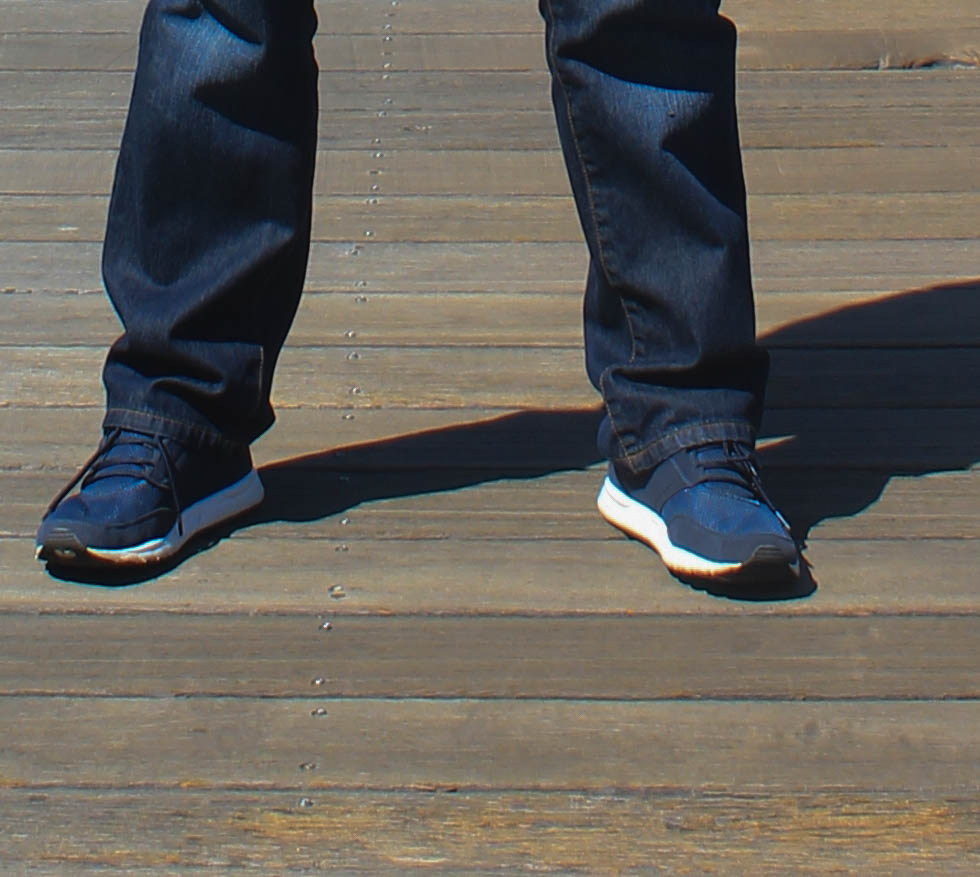 John ended up seeking asylum in the UK

“Being in a straitjacket had been pretty hard, but it was even harder being an asylum seeker in an immigration detention centre,” he said.

John claimed asylum at London’s Heathrow Airport in a desperate attempt to stay in the country; with no visa, he sought asylum as his only hope. His asylum application was immediately denied, but for some reason he was then put into immigration detention – the only Australian in history to experience this in Europe.

“I was there with people from Afghanistan, Iraq, Nigeria, and many other countries…desperate people,” he said.

“I was pretty much a fish out of water.”

John said he was interviewed as an asylum seeker, taken past what looked like an interrogation room filled with “weapons of torture”. He described the experience as “like a movie, but he was in it”.

“It looked like the guard had a car battery with wires and alligator clamps, and on the walls were instruments of torture,” he said. 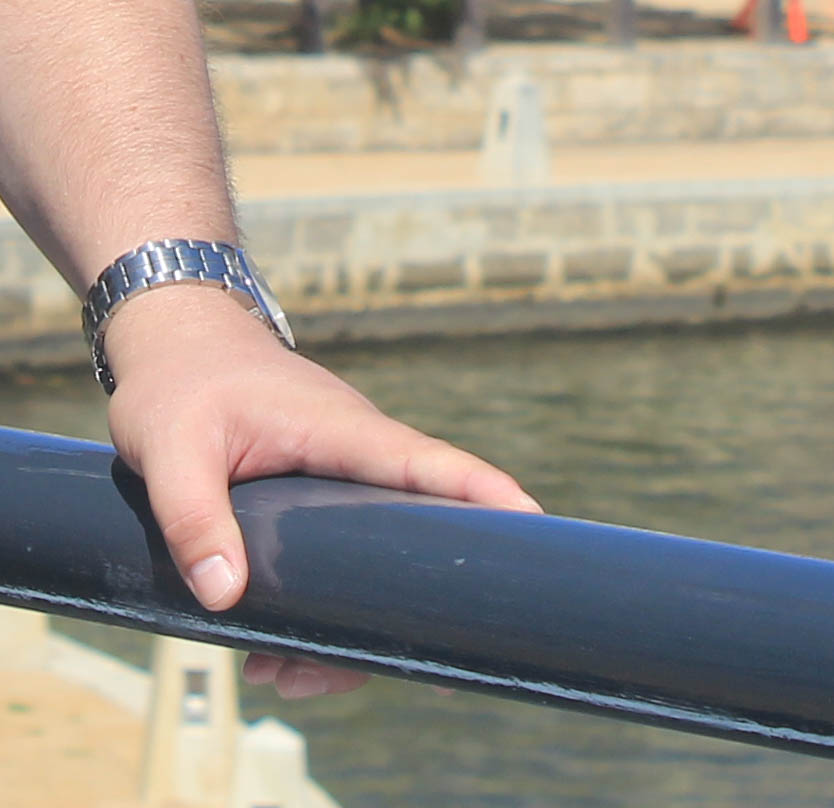 Life within the detention centre was full of fear and confusion, especially with John’s mental state.

“I was surrounded by people with all kinds of reasons to be there, and there was me with no good reason,” he said.

“Upon seeing what appeared to be a room equipped for torture, I felt my only option was to lie to get out. So I said my phone had a tracking device, that I was connected to the Australian military, they’d know where I was, and so on.”

John’s wife had been aware of him leaving for the UK, and his brother flew from Singapore to get him out of the centre.

John initially experienced a state of shock and fear, with the guards referring him as “David Hicks”. He knew the only way to survive would be to make friends with his fellow detainees.

“I started shaking hands with Russian mafia people and Syrian ISIS people; they may not have been mafia or ISIS, but at the time that’s what it seemed like,” he said.

“At one point I was being taken away by the guards and I knew something was wrong, so I told the guy whom I thought was a mafia and someone I suspected was in ISIS that ‘If I don’t come back, you have to kill [the guard].’”

John was soon brought back to find the Russian strutting around; his words had been taken seriously. Nobody was dead, but one of the guards appeared to have been beaten.

John is currently still on antipsychotic medication; though not entirely happy with it, it keeps him well.

“I can live with being overweight and risking diabetes or having stroke due to the medication if I’m mentally well,” he said.

John said people who experienced issues with their mental health should first try coping with it without medication rather than taking medication. 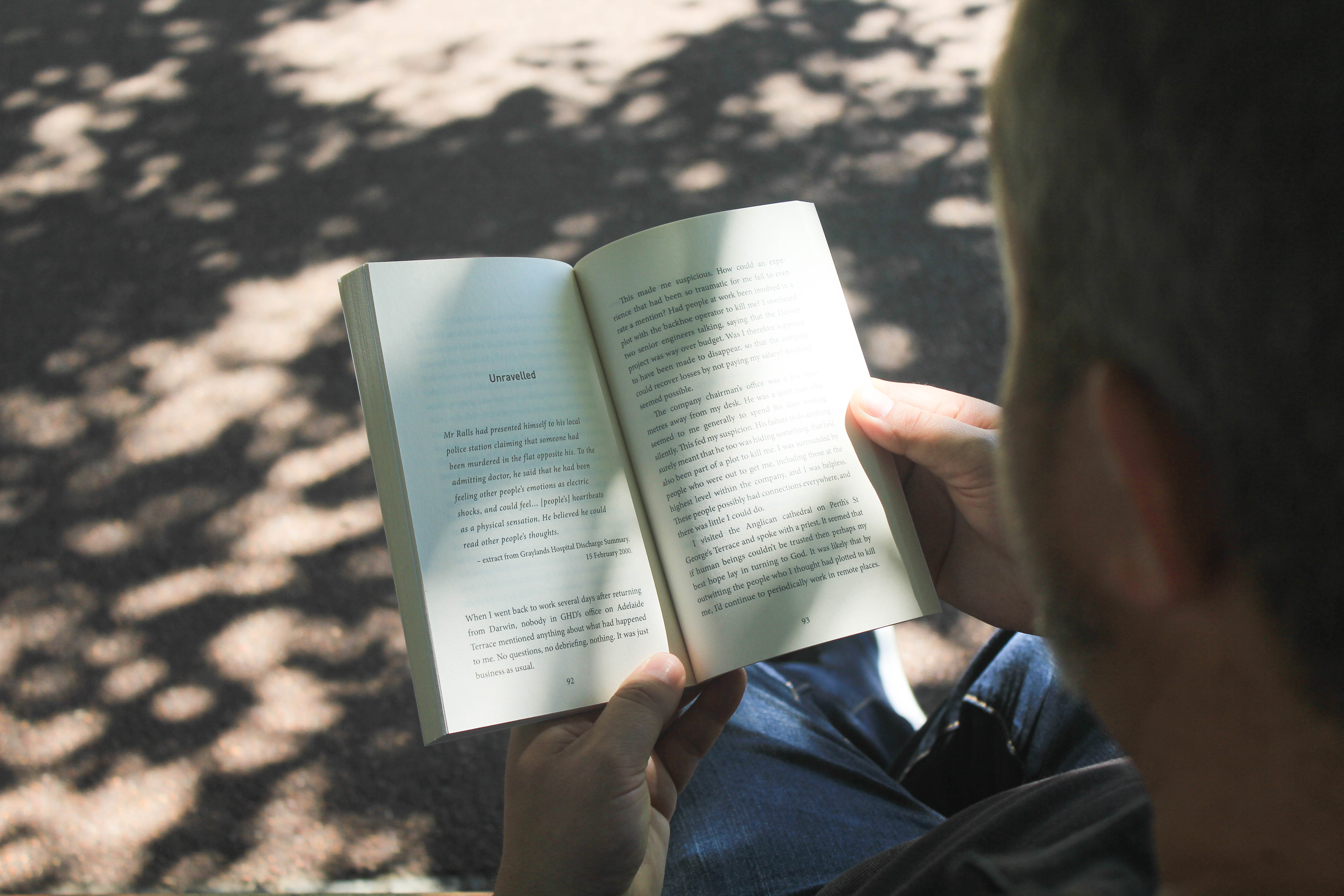 John doesn’t see himself as somebody with mental illness

He never saw himself as a person with mental illness and chose to associate himself with people that are mentally well.

“I deliberately try not to associate with others seen as having a mental illness. It’s really not so good of me to say that, but I think if you want to get better you need to associate with people who are well,” he said.

“With schizophrenia, you probably wouldn’t recognise it yourself; it’s hard to know what’s going on in the inside, so that makes it incredibly hard, unlike depression, where you might feel sad and dark.

“My advice to the people who treat mental illness is to consider alternate ways of dealing with the issues that may be better.

“The medical model is not the only way; there are alternatives that seem to be effective.

“Recovery is an individual process. I wish people all the best in their recovery journey.”

John is currently writing a book about his experiences of mental illness and his time as an asylum seeker.

The story of John

The name of the interviewee has been changed upon request, due to the personal nature of the story.