The power of alternative Arab music 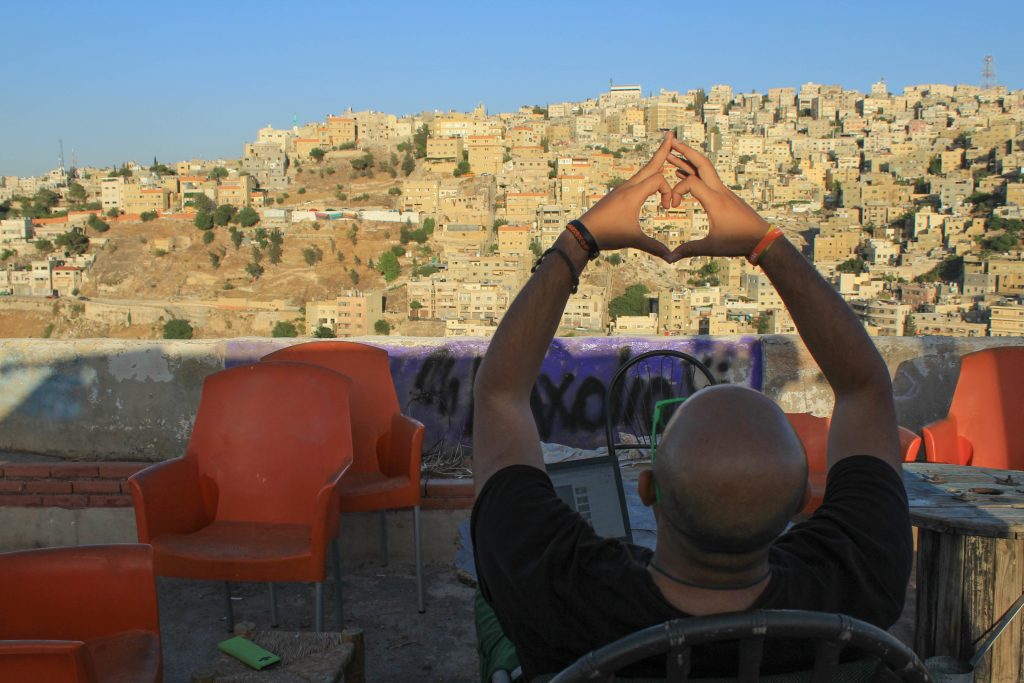 The power of alternative Arab music

The Arab world is trying to make a difference through the use of their alternative music.

One Jordanian and owner of Radio Arddi Ahmed Akour – AKA Jordan – is looking to spread the stories and social issues of the Arab community. 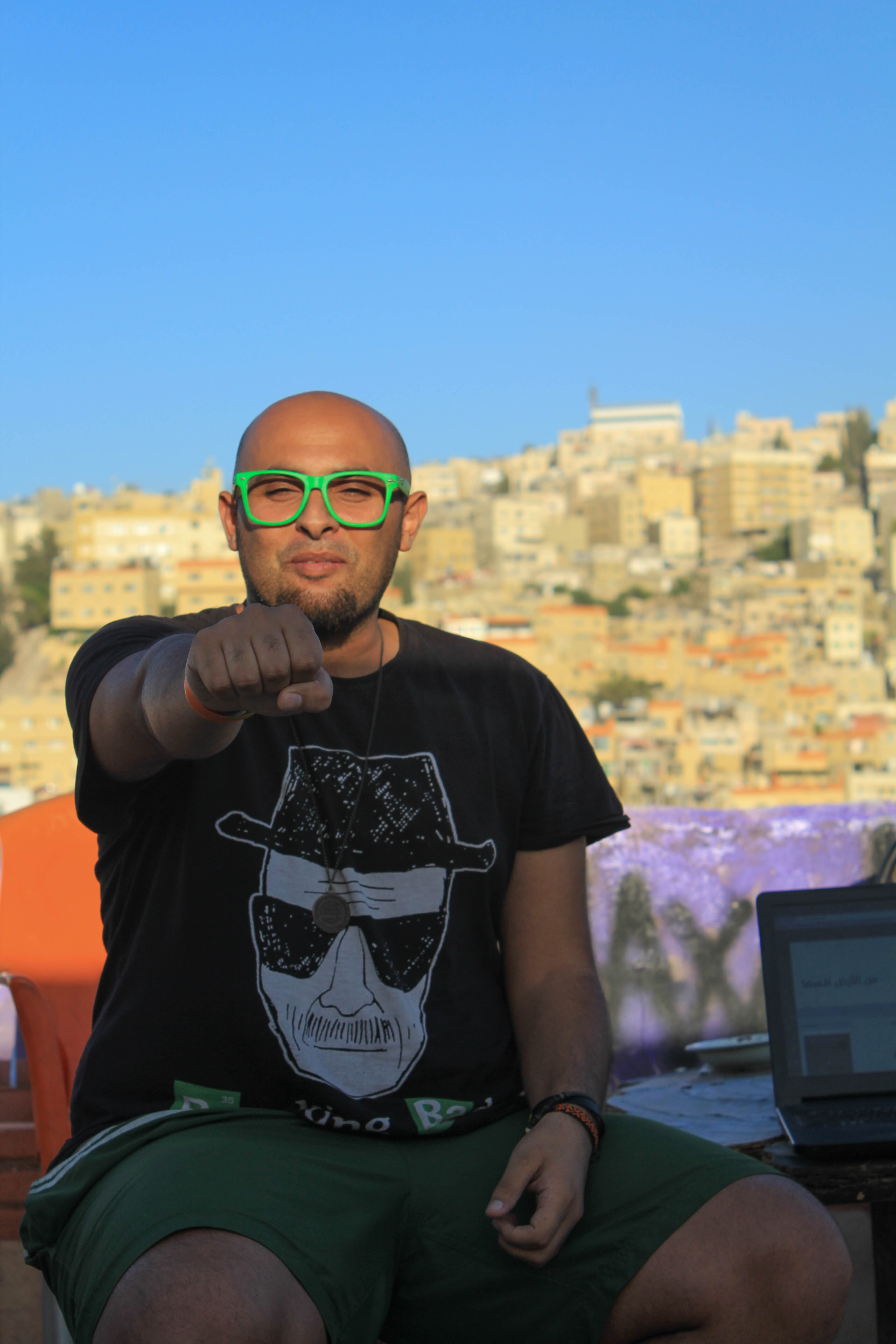 One Jordanian is trying to change the perception of Arab music.

“This kind of music actually talks about real issues, like the occupation in Palestine, the war in Iraq, the normal social issues in Jordan,” he said.

“It’s the kind of music that treats you like a human being that respects you have a prayer.”

Jordan believed people – especially the foreign community – were unaware of the true culture of Arab music thanks to the widespread of mainstream music.

“[Independent Arab music] will send the right message; about their care and fears, you will find a song talking about the war in Iraq, for example.

“You will find music talking about our social issues and revolution against ourselves. These kinds of music send you real stories from the Arab world.

“It’s not trying to hide our identity, you’ll get authentic ideas about how people think and feel about certain things.”

Jordan hoped with the creation of his local alternative music radio station, he would be able to spread the knowledge of the existence of this genre – as a true representation of the creativity of the Arabic music scene. 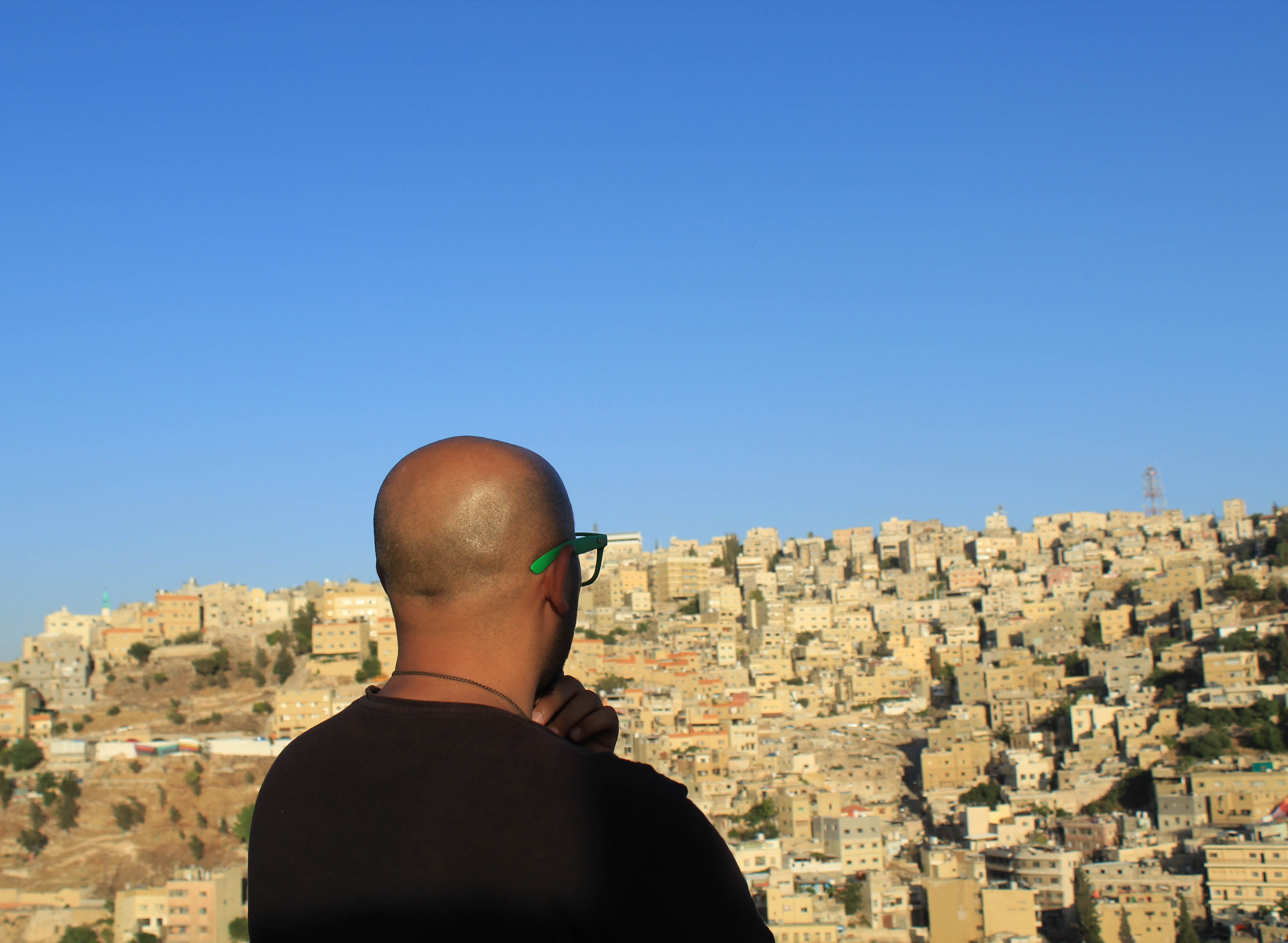 Jordan believed through alternative Arab music he is able to spread the true culture of Arab.

“I didn’t know this type of Arabic music existed; it made me realize the lack of good Arabic music in my life,” he said.

“There are oceans of differences between commercial Arabic music and alternative Arabic music.

Having felt mainstream music did not represent the real culture of what the MENA region was all about, Jordan was motivated to create a platform for a new style of listening.

He also saw mainstream music as a superficial representation of what Arab culture was really all about.

“So when you find these types of music that actually respects people as a human being and actually talks about your land or your homeland, they work as a very touching and caring way to send a message about these kinds of problems that we have around here. 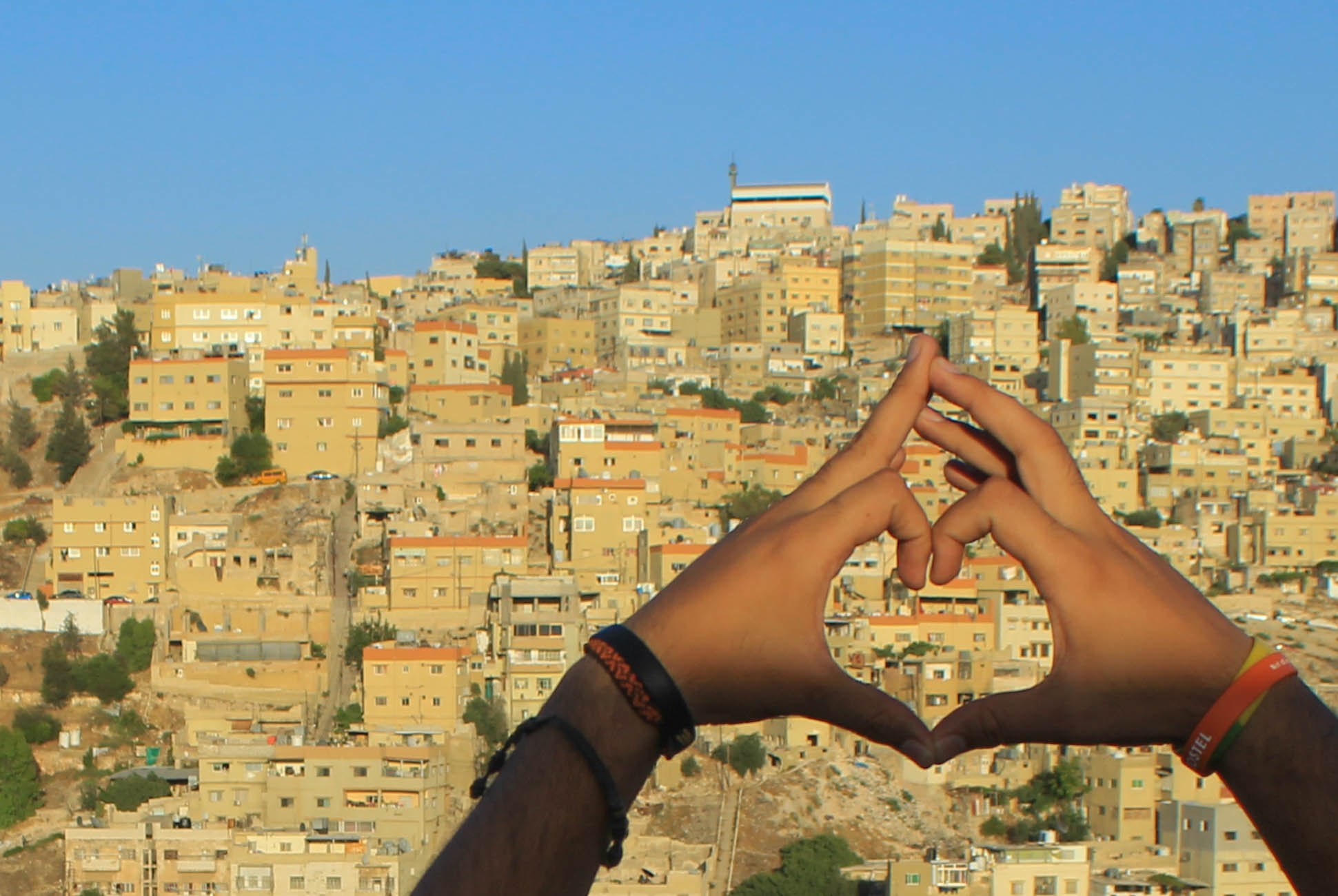 “I think music can change everything.”

This digital nomad felt good music will be able to change the way people think and affect characteristics in general.

“I think music can change everything,” he said.

“If you’re making music like this, clearly you’re not with war. You’re the type of people with love and compassion.

“Introducing yourself to good music will generally make you a nicer person – hopefully.”

The beginning of a new generation

“Money is great, but it’s not about money; it’s about when people just love what you actually give them.”

Having gained some success when first starting an Alternative Arab Music Facebook page, Jordan aimed to gain a larger audience in the long run. This led to the creation of an online radio station. 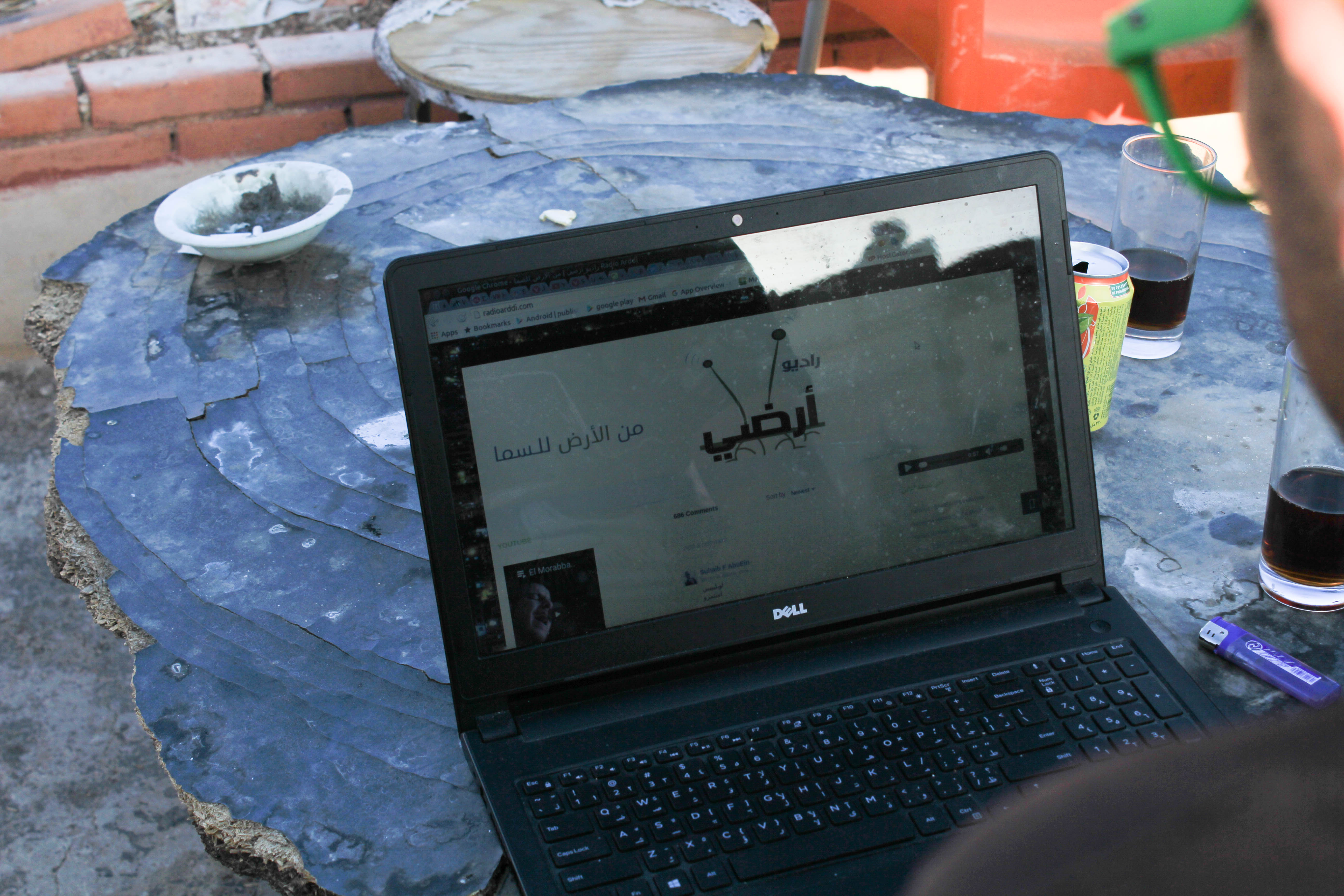 The creation of Radio Arddi.

“We started talking about it,” he said.

“First we decided no ads and no talk shows; we just wanted to keep it to music.

“February 2012 that’s when we got it started. Now we have me, one person from Palestine and a person from Lebanon on the team.”

Jordan went through some ups and downs in creating Radio Arddi, having lost all of his original team members on the way.

“We had a 14-hour brainstorm about the name and slogan,” he said.

“We had so many ideas and we were talking about it forever, and somebody said Radio Arddi and the slogan was men el-ard lal-sama (من الأرض للسما) – meaning from the earth to the skies.

“So this was a really cool idea and that’s when I fell in love with the name and slogan; at the end, my whole team left me. I wanted that name and slogan and I didn’t care about what anybody else thought.”

The entrepreneur described the name and slogan as something out of this world. 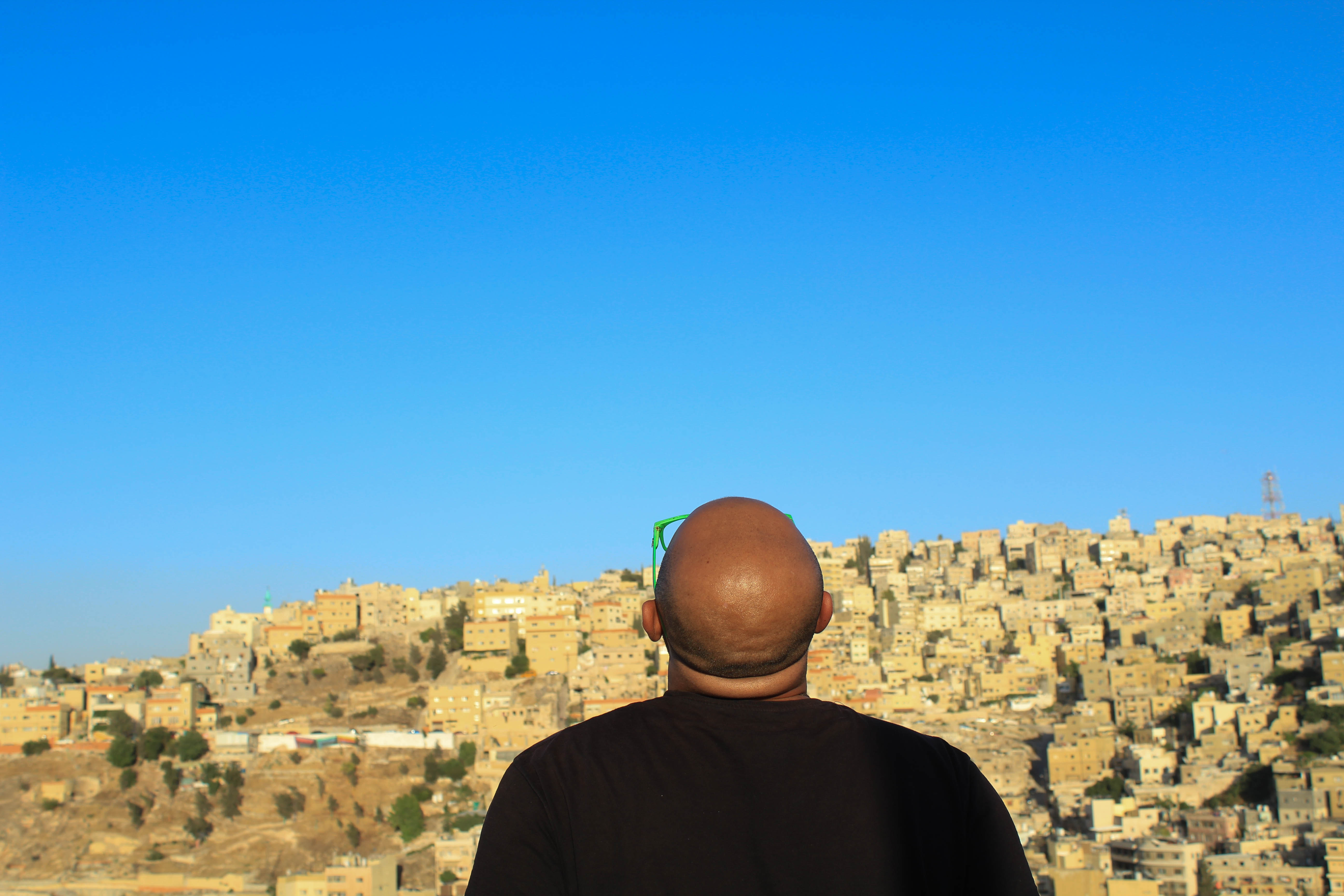 “One of the people who worked with me on the radio had the best explanation; that we want aliens to be able to listen to us,” he said.

“We on this planet have giant microphones that we point to space and try to listen to aliens somewhere.

The launch of Radio Arddi reached a success with the number of listeners and supporters they gained – which Jordan emphasized as the real reward of creating the online station.

“We have good feedback, they love it,” he said.

“I created so many things; money is great, but it’s not about money, it’s about when people just love what you actually give them. 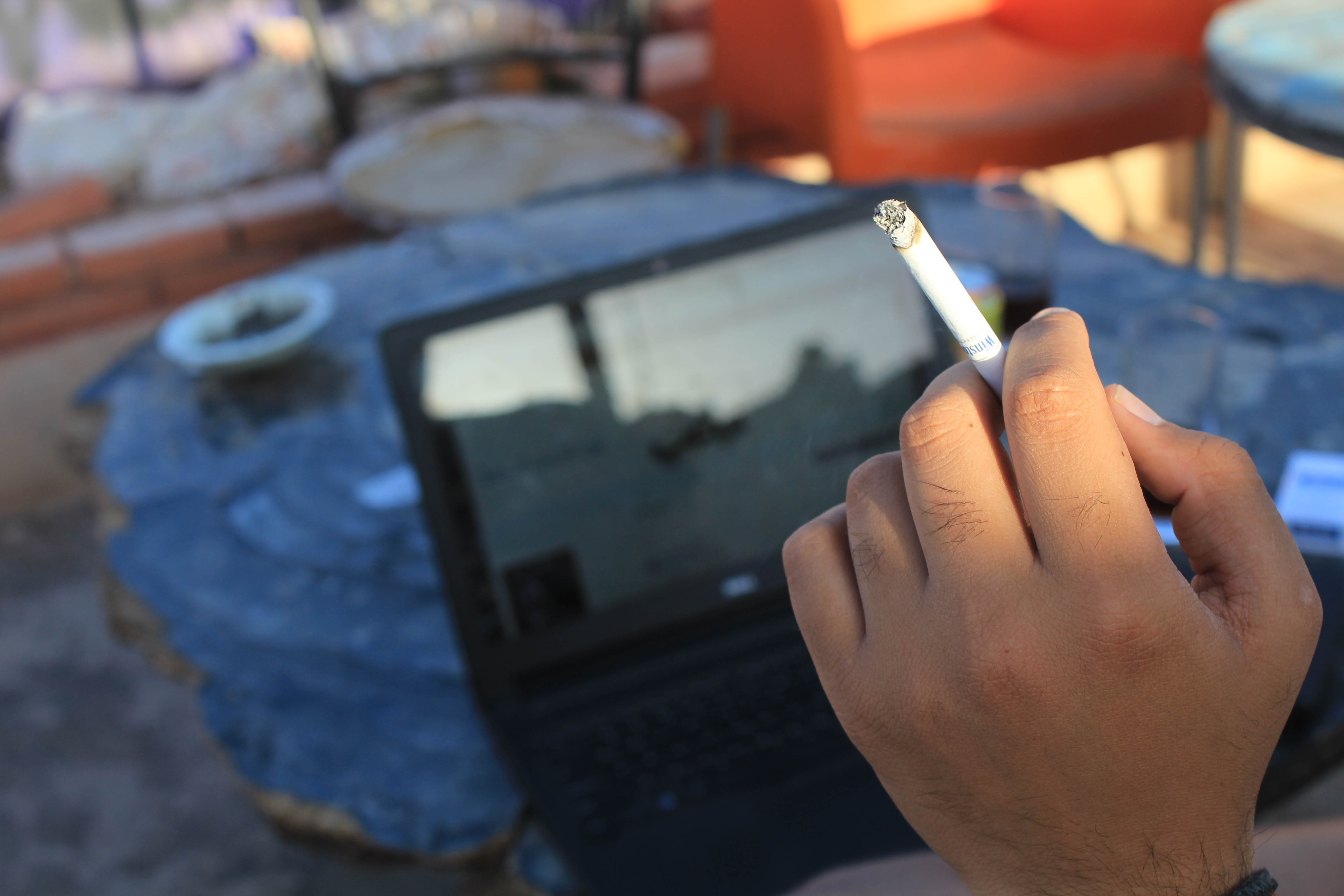 Jordan believed money should not be the purpose of music and creating this station.

“That’s why we keep working on this because there are unconditional love and continuous support from the community.

“It’s something cool you want to share with your friends – this is Radio Ardi.

“It’s this kind of passion; some specific point in your being that we attack and make you love it, which makes people actually want to share with their friends and family.”

So what’s next for the indie scene?

“There’s no music, it’s just cute girls; they just want to be singers and some assholes give it to them and they just get plastic surgeries…”

After the rise of Radio Arddi, Jordan hoped his radio station will help spread the knowledge about Arab music and what it has to offer. 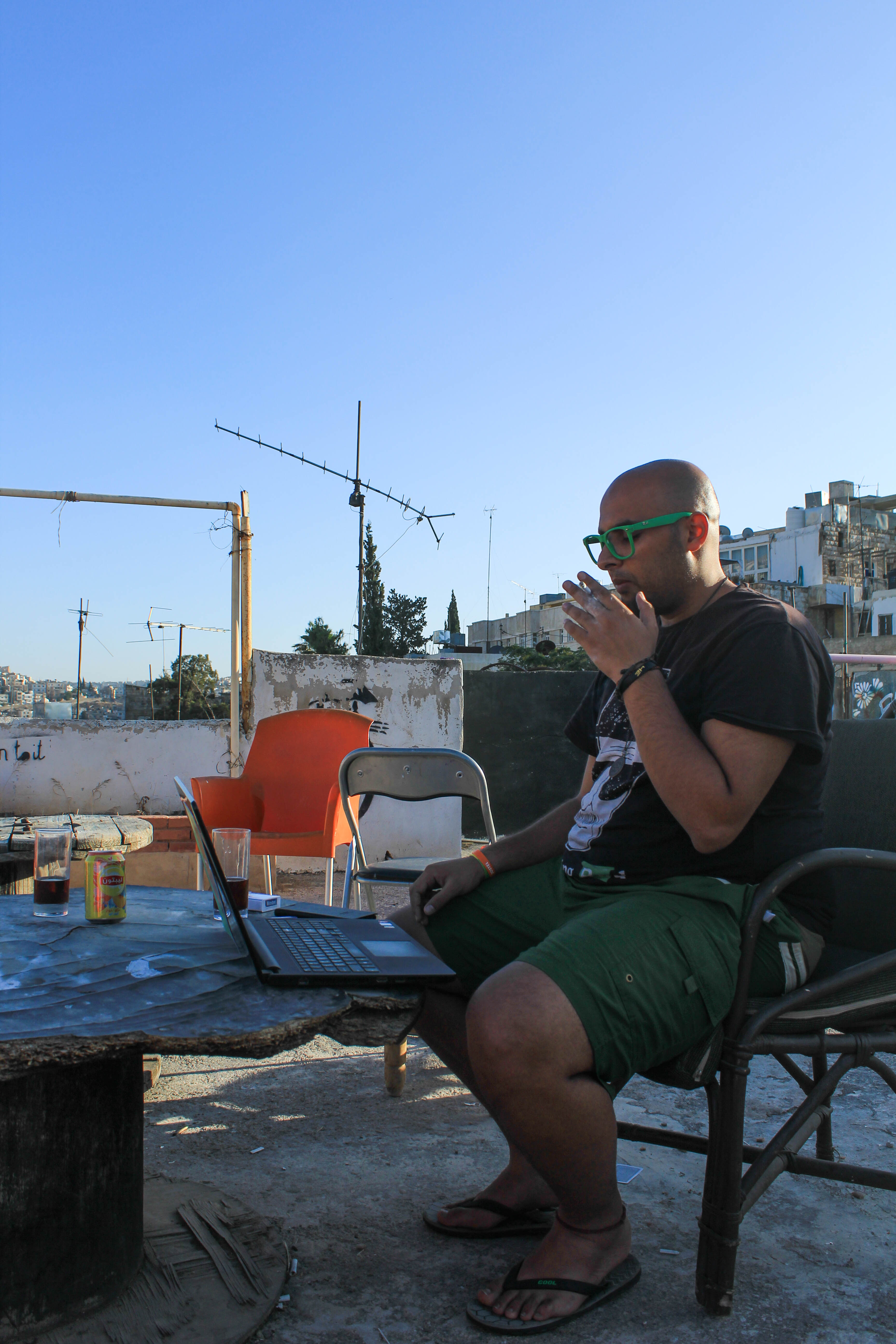 “These kinds of music are easy to reach foreigners… and that sends a very different message for foreigners about Arab culture; because they think it is our culture,” he said.

He felt most Arab music today revolved around money and sex.

“There’s no music, it’s just cute girls; they just want to be singers and some assholes give it to them and they just get plastic surgeries,” he said.

“Just become the perfect model, they shoot a video, record you sing something and use technology to make you sound good, and let’s make so much money!”

Jordan talked about taking his efforts to a whole new level by creating a way for foreigners to understand the meaning of the songs through translation. 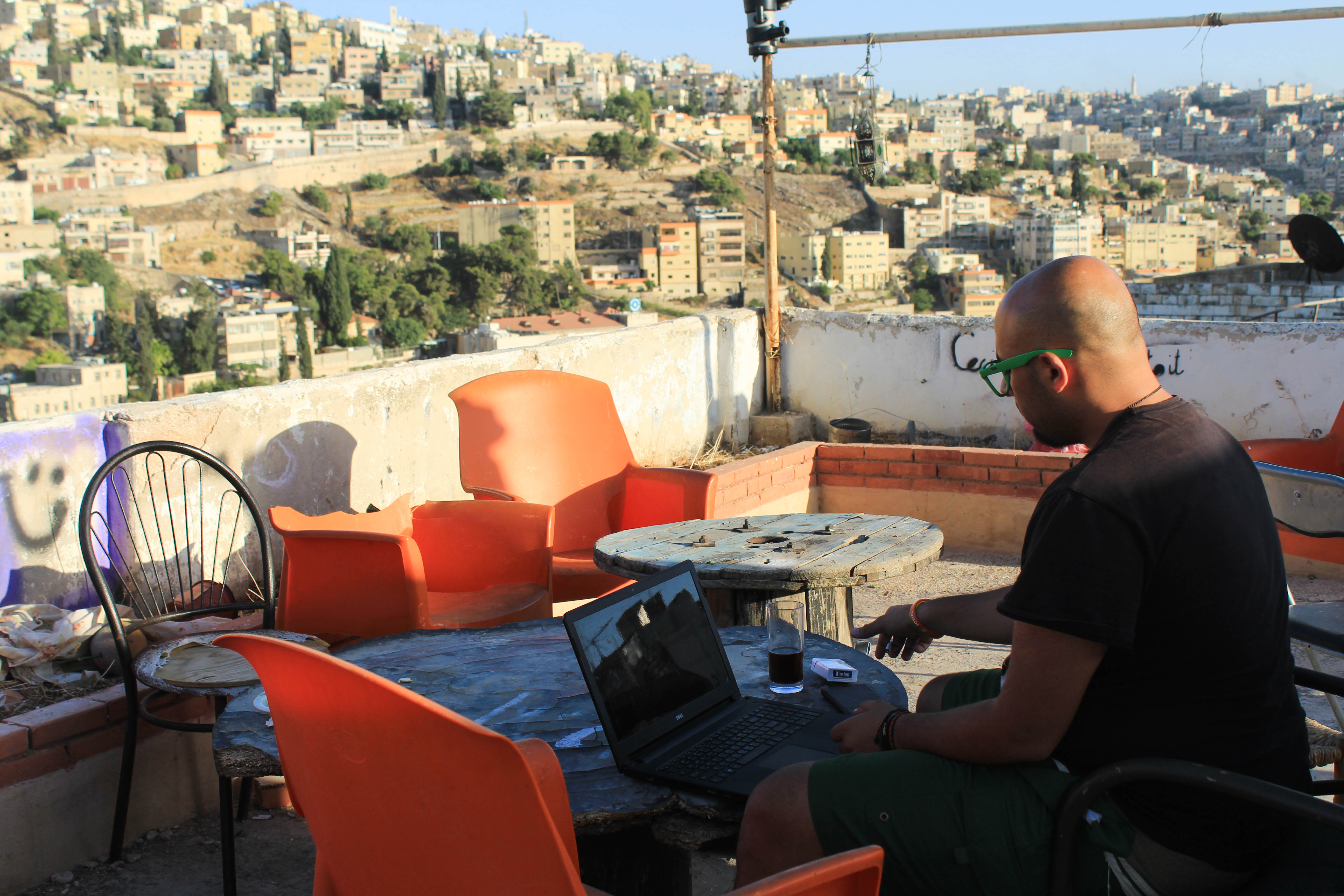 Jordan is aiming to translate his Arabic music into English.

“This is my next project, to translate the music we have on the radio and give it to the people who don’t speak Arabic to understand this kind of music,” he said.

“Because we are in a dirty fucked up world where only commercial things reach us…, which is the shittiest type of music.”

Jordan is currently in the works of multiple projects, but he stated his hopes for Arabic independent music.

“I think everybody should give a chance to indie and underground music,” he said. 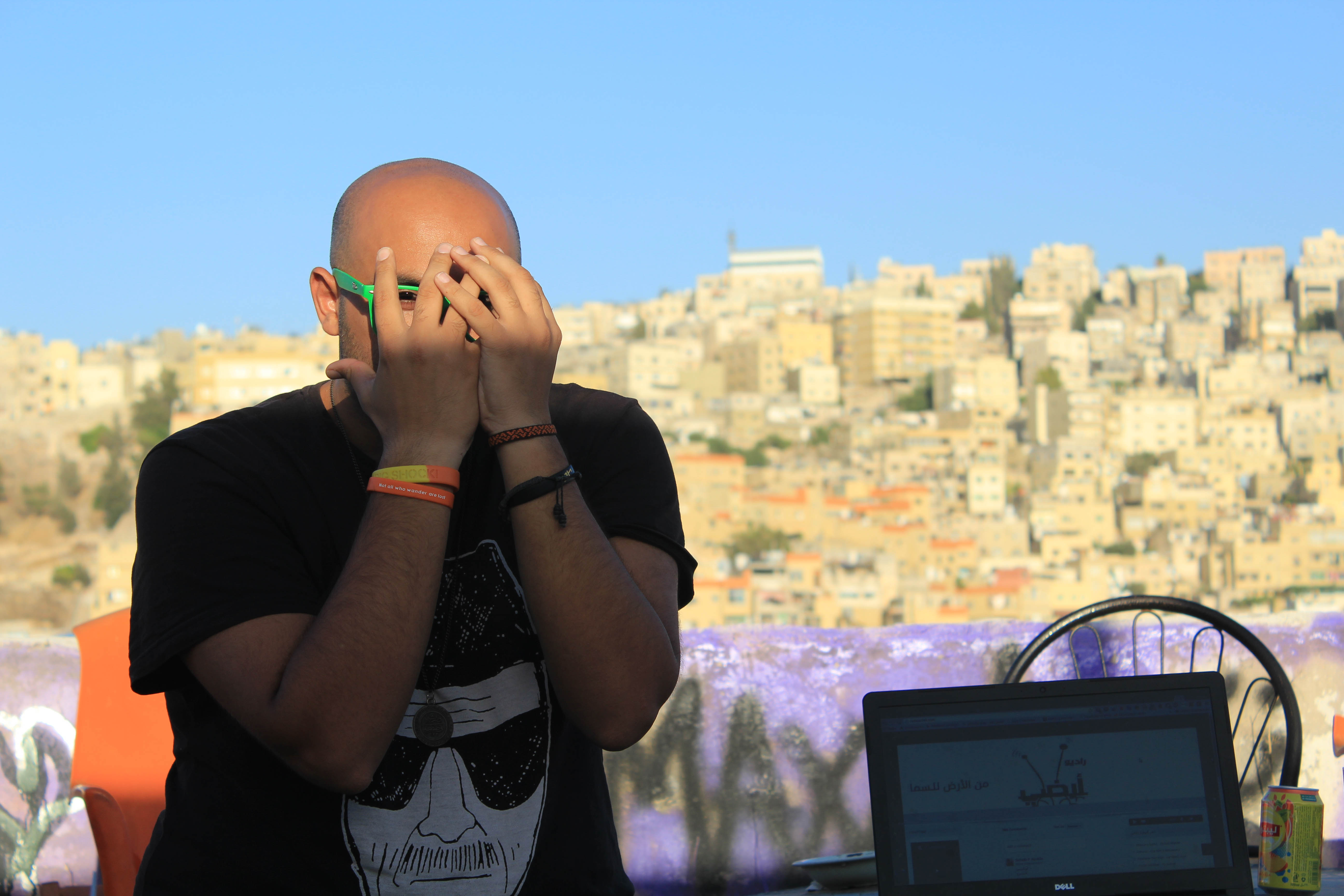 “So the least we can do is to give them a chance.”

“Most of the times these people don’t really have support and nobody really cares about them; the only thing we can do is try to make them a part of the mainstream media.

“So the least we can do is to give them a chance.” 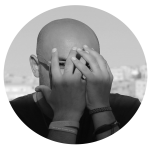 Ahmed Akour – AKA Jordan – is an entrepreneur, digital nomad, and IT geek. He currently owns his own web design/digital marketing service company – JoGeeks – as well as his own Alternative Arab Music Facebook page, and his online radio station. He is always on the go for new projects and innovation and is currently looking for more ideas to come.

Radio Arddi is an online radio station that provides non-stop independent and underground Arab music. Please show your support and get a field of some Arab culture by taking a listen.