Who pulls the strings? 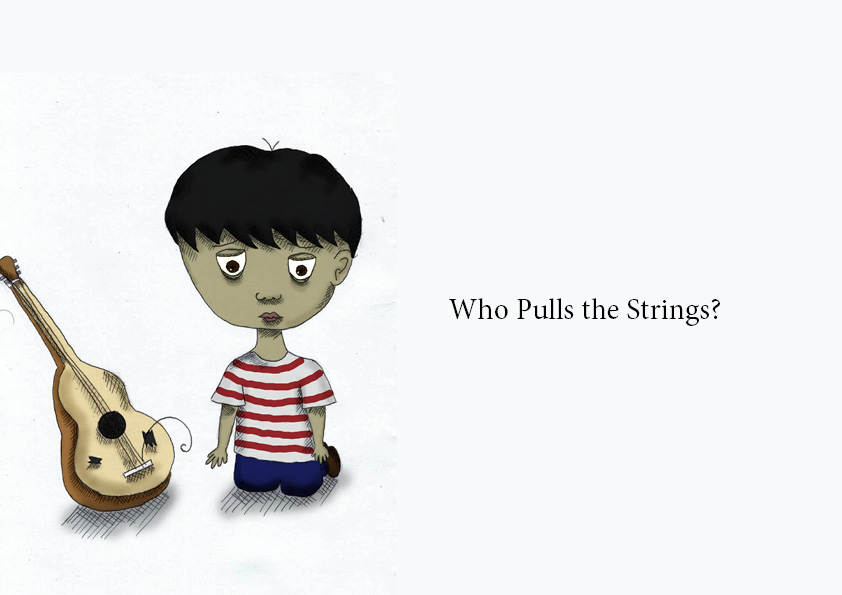 Who pulls the strings?

Every social action is initially tapped into with a handful of morality as an average human tries to keep his own end of the sword clean and blameless in the endless journey to global peace. Still, there’s the question, “if an average man tries to stay clean-handed, why are the mutual harmony among every race, culture, and colour diminishing still?” Who pulls these strings?

The “I” or “Self” of every person is registered in the mind before 75 percent of decisions are made, another 10 percent made due to choiceless instances, leaving a few percentage out to the thoughts and feelings about the welfare or condition of others in setting up decisions. Although boundaries have been set, principles and codes of conduct are laid by ruling bodies. Do they pull these strings?

Single acts of charity and the increase in the percentage of thinking about others before actions have seemed monotonous and make no difference, but in reality, ignorance of the “Broom” wisdom is stretched out across the globe, reason being, we still haven’t learned the answer to yet still another question. What/Who are these strings?

Brooms are lifeless objects. It is a brush of straw or stiff strands. Every single straw or strand can be taken apart but would remain worthless until brought together as a brush. Humans are full of life and make decisions, thereby able to stay in dis-accord with others when he pleases. This shows the difference between humans and the broom. Each human is an individual string, personally controlled and thereby takes responsibility for himself, every human pulls his own strings, and like a fine guitar, no chord sounds beautiful if other strings are out of tune; no cry for peace makes a change until selfish decisions decrease.

Lessons are learned better from experiences when another human experience the acts of goodwill due to urges and desires for mutual harmony, morality increases. Little difference is obvious but much is made, another string has been taught how it gets better, and like plagues and diseases, altruism spreads too, changes are made, and unanimity is restored to the fleshly family.

The psychology of spending

The Non-Economist’s guide to Valentine’s Day

Why do we make bad decisions?