You educate women, you change the world: the path of a woman’s empowerment efforts 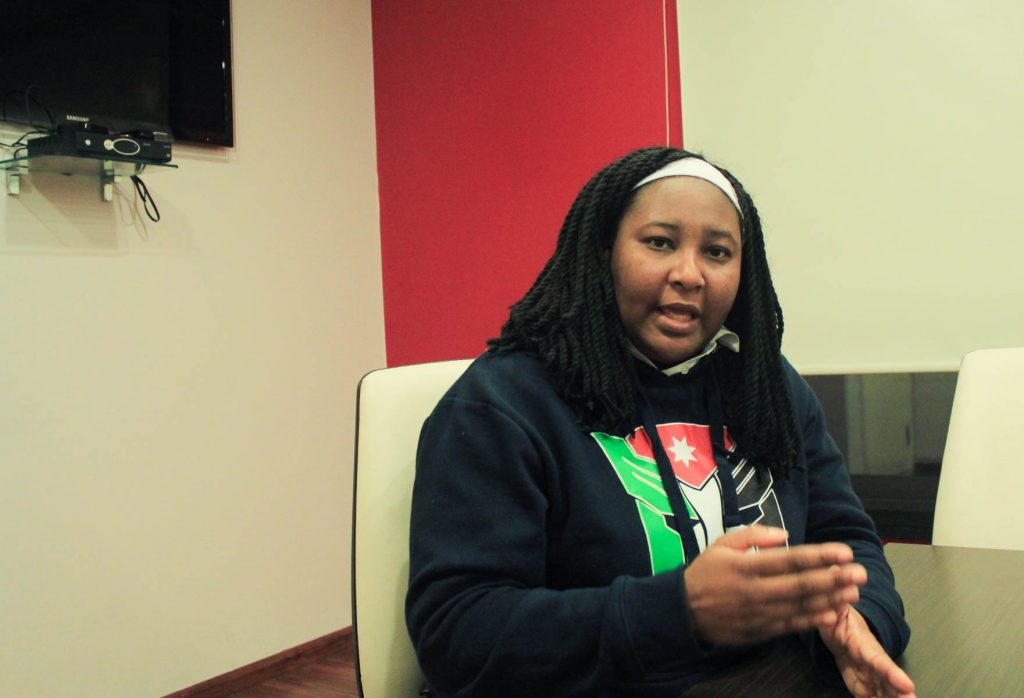 You educate women, you change the world: the path of a woman’s empowerment efforts

“It’s really important that people – particularly girls and women – get opportunities; information to develop themselves and raise their voices towards things they’re concerned about in their communities and do something about it because they have the potential to do it.” 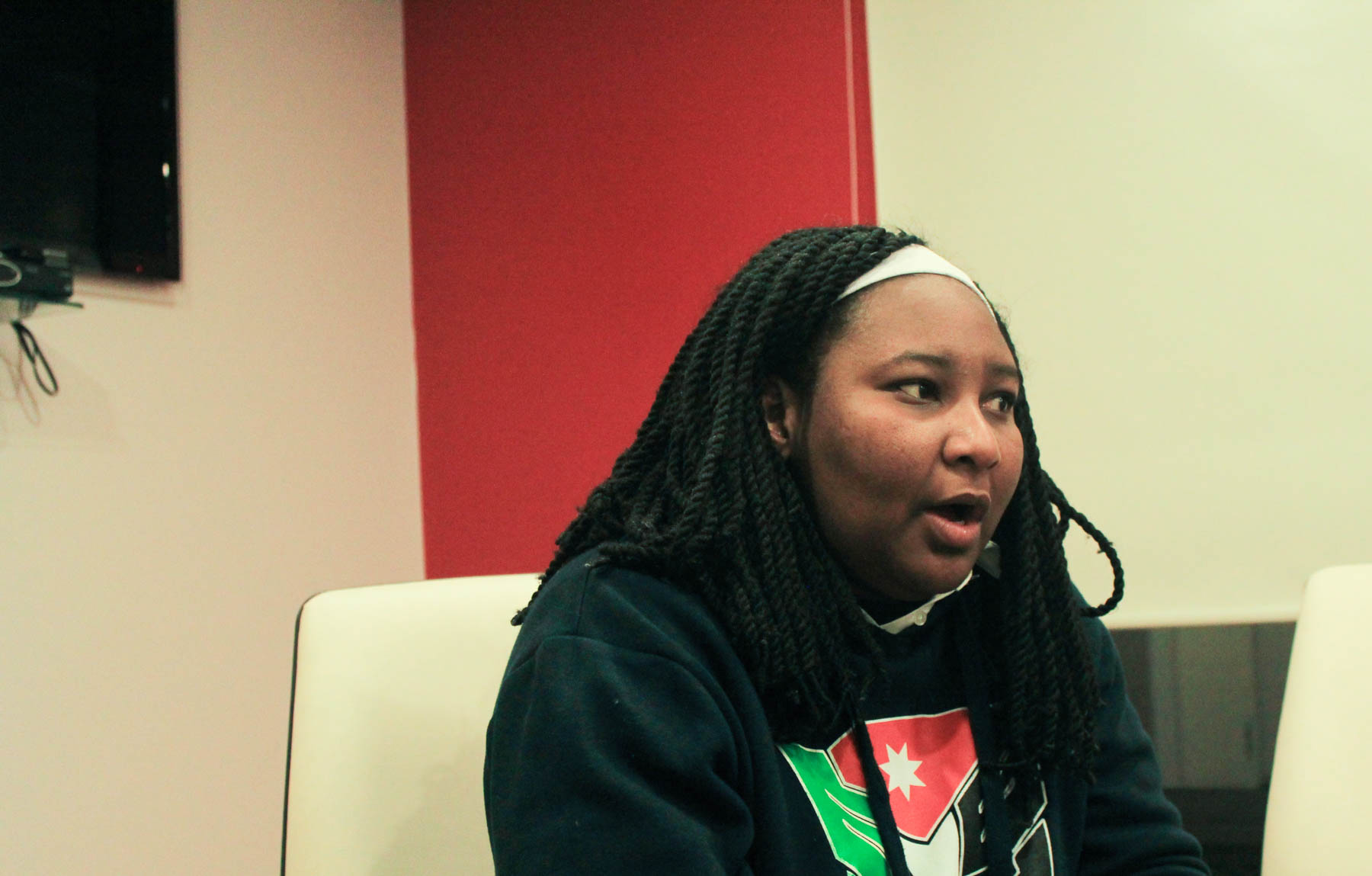 Motivated to improve the capacity of women within her country, one NGO owner is looking to reshape women empowerment through education.

Nigerian local and founder of Empowering Women for Excellence Initiative Safiya Garba said she had always been motivated as a child to raise awareness about issues that were important to her.

“In 2008 I founded an NGO called Empowering Women for Initiative, this NGO was meant to provide different types of interventions for the empowerment of girls and women,” she said.

“It came as a result of my childhood.

“Backtracking, I was brought up by a single mother – a widow, she was widowed actually very early.

“She had daughters so she taught us the importance of education, of standing up for yourself, of being hard-working, and things like that.

“I realized as I grew up not everyone had the opportunities that I had, so I felt if there was anything I could do to help women become much more aware or empowered – especially in information dissemination – that this was something I had to do from a part of the country where literacy rate for girls was much lower than other parts of the country.”

Safiya said she was motivated seeing the amount of hardships faced in Nigeria – particularly towards women.

Women in Nigeria generally have a lower education rate compared to males, according to UNICEF. The 2015 UNICEF report also stated that the female adult literacy rate was only 49.68 percent. 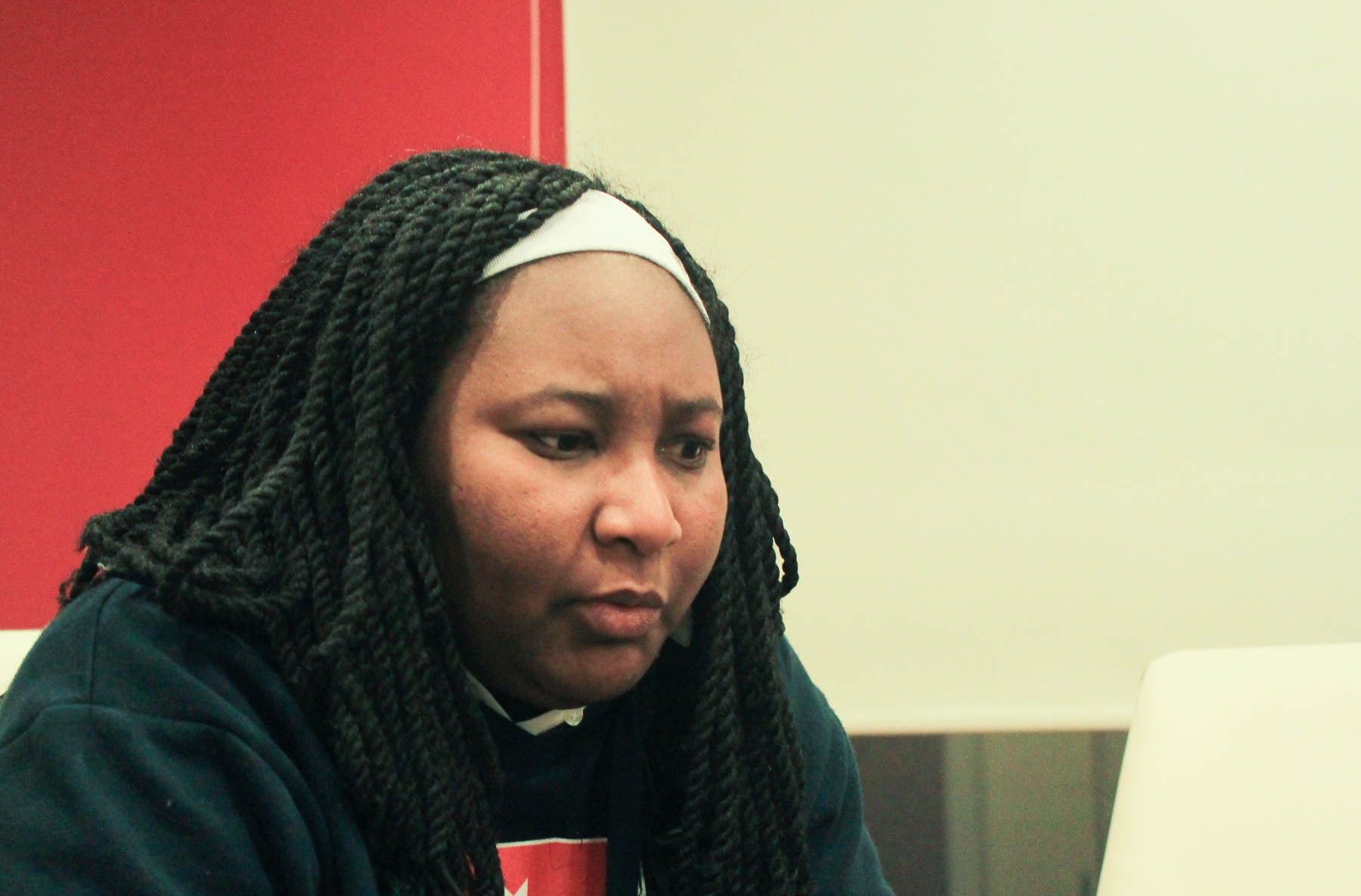 Motivated by the current situation within her country

“The current situation is very tough. In the past seven to eight years, we have had – generally in Nigeria – we have faced a very strange turn of events,” she said.

“I mean if you look at the stats anyways, you can see that women are most affected by violence, economic scarcity, and so on.

“There are cases of early child marriage, maternal mortality, and things like that, so there are plenty of issues related to girls and women from part of the world where I come from.

“Taking all of that – the country I came from, which is Nigeria – I took all of that and decided to set up the NGO.”

The NGO owner said she was determined to make the voices of women heard.

“So we are fighting to the nail to make sure that what we stand for and what we believe in, and our government in decision making,” she said.

“People are aware of what needs to be done, giving the girls and the women the voices that they need – at least having their voices heard.

“I think civil society in Nigeria right now is almost at the most active points in history and this has happened in the last republic, so there are a lot of talks.

“We really want to promote that people need to speak but not just speak, do what they can and not necessarily wait for someone to do it for you.” 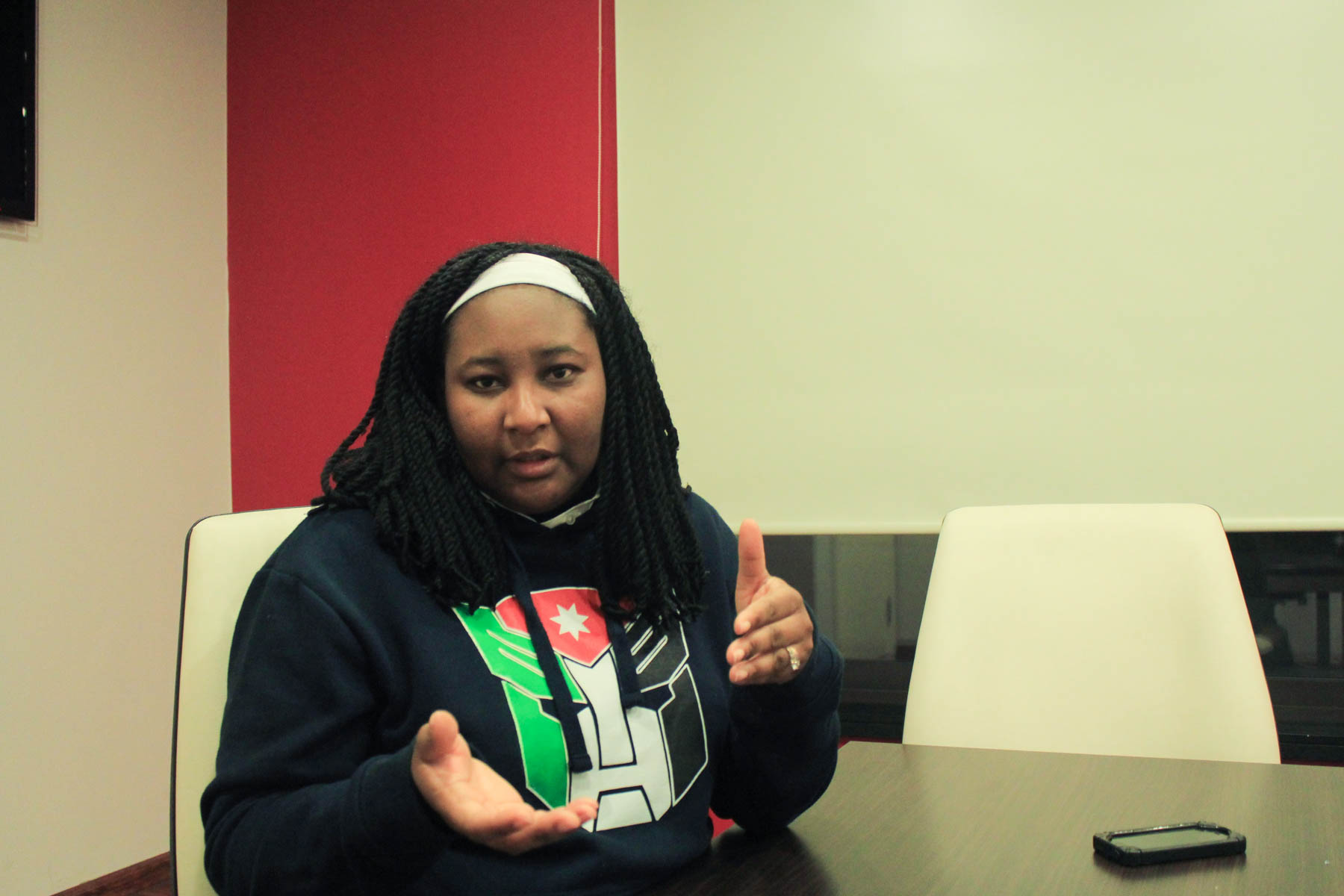 “We really want to promote that people need to speak but not just speak, do what they can and not necessarily wait for someone to do it for you.”

A parent’s teachings and the journey ahead

“It’s about how many people you affect in life and both my parents – my late father and my mother have taught me about affecting lives and being there for other people.”

The women advocate said her parents were huge influences in her life, finding comfort in their teachings. 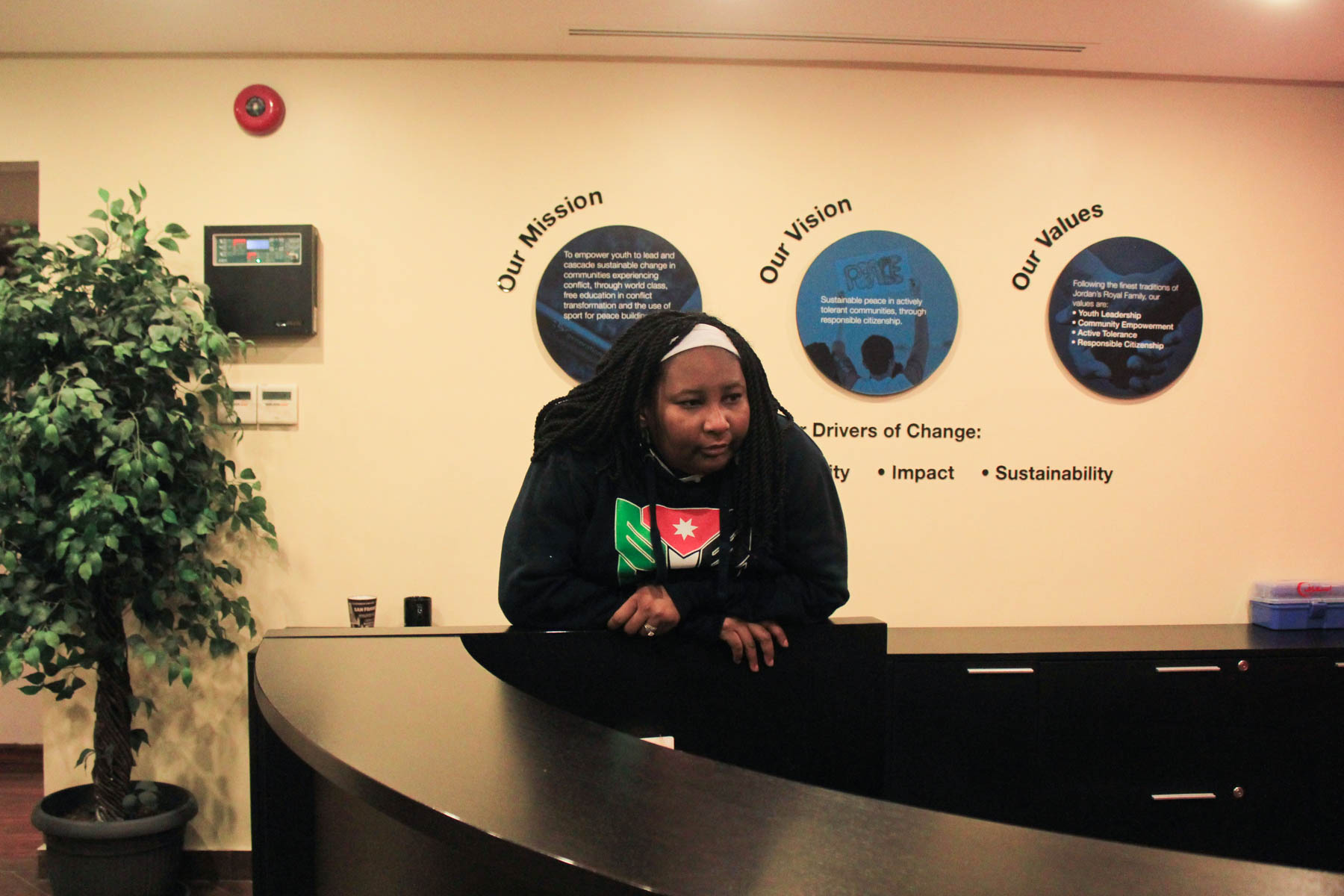 Receiving inspiration from her parents, leading her to become the person she is today

“I think that you’re not rich because of the things that you have, it’s about how many people you affect in life, and both my parents – my late father and my mother have taught me about affecting lives and being there for other people,” she said.

“I found that all of my life I have worked along those lines, I really believe in collective progress, collective prosperity, or whatever you may call it.

“For me, it’s really strong that people – particularly girls and women – get opportunities, get information to develop themselves and raise their voices towards things they’re concerned about in their communities and do something about it because they have the potential to do it.”

Having started the organisation in 2008, it continued to progress to where it is today, leading Safiya in a new chapter in her life.

“When I first started this NGO in 2008, we got involved with a project that the World Bank and the British Council were doing, it was focused on the SDGs or Sustainable Development Goals and after we had been trained, we took this training and implemented a whole lot of programs in coalition with other organisations,” she said.

“From that, I kind of got recommended to apply from camp, related to Generations for Peace – an international nonprofit that focuses on peace-building by working with youth in conflict-affected communities.

“So I applied, I was interviewed and eventually got accepted and coming to Jordan the first time in 2008 as well, I was a bit sceptical about how sport could be used as a tool for peace-building, but I thought ‘you know worst case scenario, we can see how we can actually include this in our program at EWEI.’

“So I came, so that is the story of how I started working for Generations for Peace as a volunteer, I became a staff member in 2012 and came to Amman.” 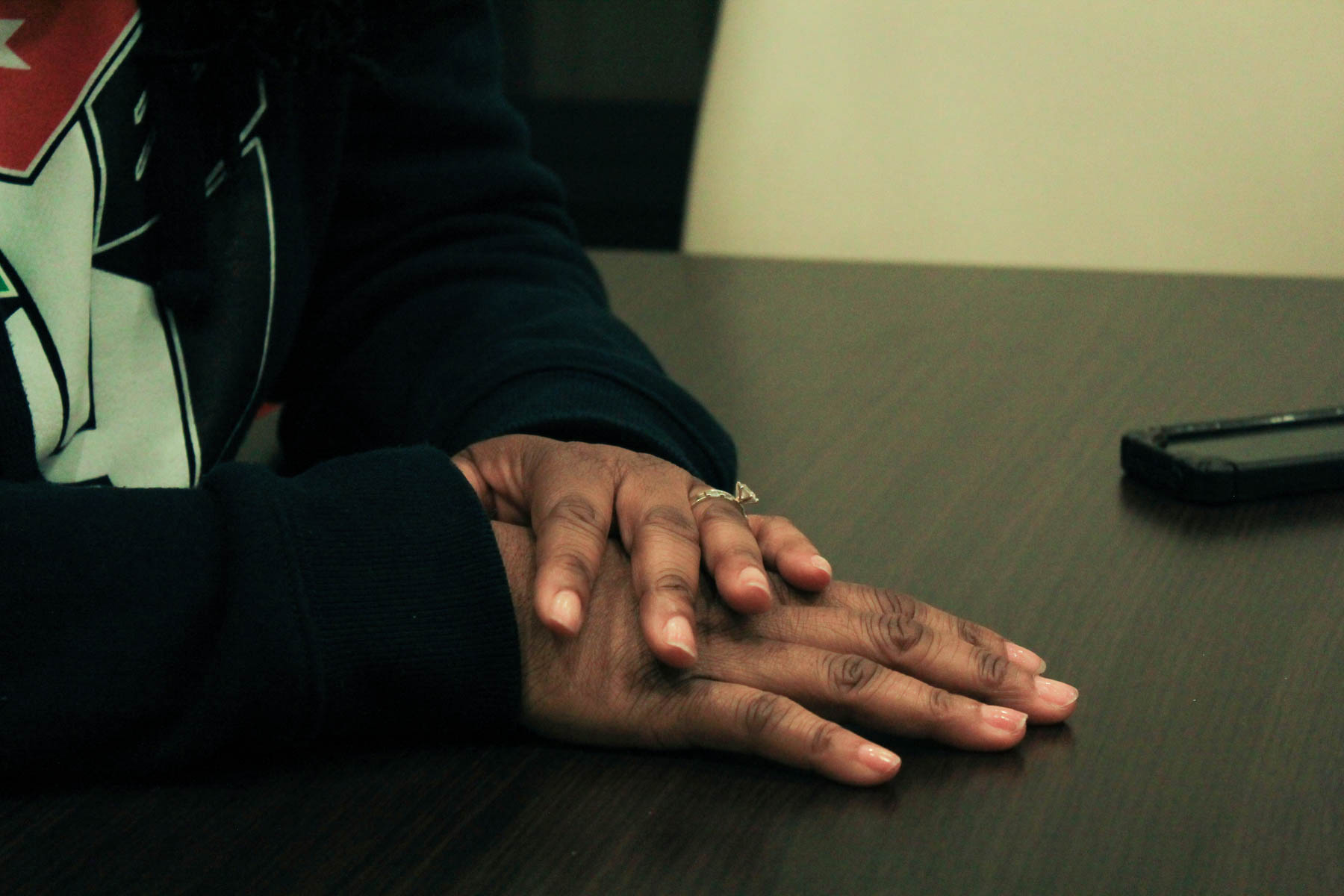 Safiya learned many lessons after moving to Amman, Jordan

Safiya expressed her experience in moving to Amman and how it affected her.

“Being in Amman has been an eye-opening experience for me,” she said.

“I first came here in 2008, like I said, but I wasn’t living here. So when you’re visiting, it’s very different to when you’re living in a place.

“Living here has taught me to be very patient – very very patient; it’s allowed me to be in contact with people that I usually see on the news, and I had my stereotypes – I was pleasantly surprised about that.

“It’s also taught me to be strong and not be moved by certain stereotypes of me – as a woman or a black woman.

“There’s nothing like traveling and being exposed to the world, so it’s been so enlightening for me. I appreciate the lessons I learned from being here.”

Lessons to be learned

“It’s like cold water all over your body, just that is worth all the stress we put into this event. So I would say we had a lot of small successes.” 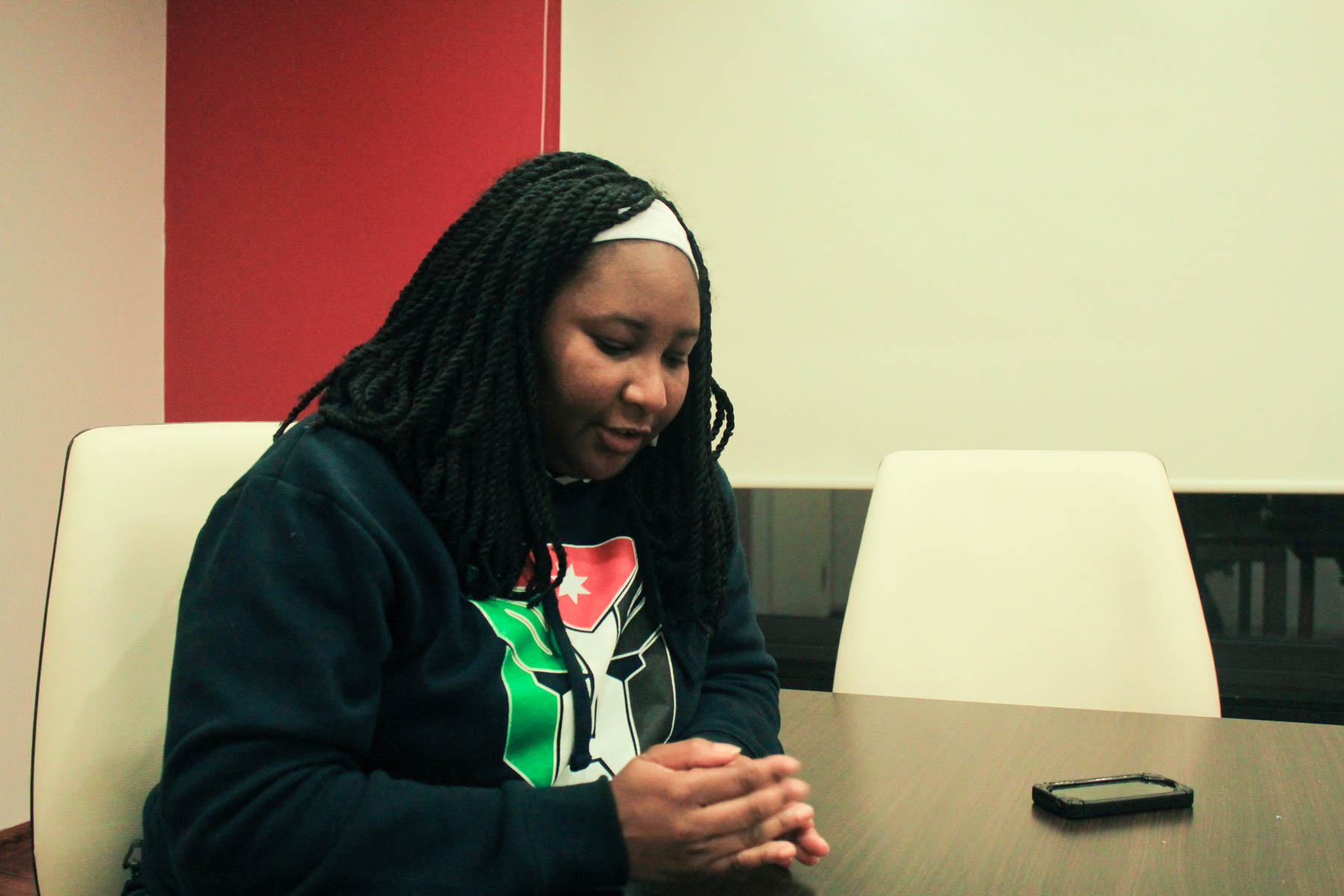 Though there are always challenges, Safiya focused on the final outcome of everything

The Nigerian local said it was not always easy running her own NGO, however, she was truly determined for a positive outcome.

“My lesson is very linked to my faith. I used to be the type of person who needed to know exactly what happened at the next minute, next day, next month, and I got to a point in my life where I didn’t know, I didn’t know what was going to happen with the NGO, what would happen with me, so my faith had to really come into play to take one day at a time.

“I learned not to be too obsessive about things, to take lessons and move on, whatever you’re faced with.”

“For the NGO itself, it’s the resources to do more and for myself, it’s been growing and going through the whole process,” Safiya explained.

“Coming in the beginning with so many dreams and plans and realizing just how difficult it is to actually go through them and then being able to juggle all the things that I do.

“That is tough but it’s very fulfilling for me when I see the results.”

Safiya said though there would always be challenges, there nothing was more satisfying than just knowing you were being appreciated. 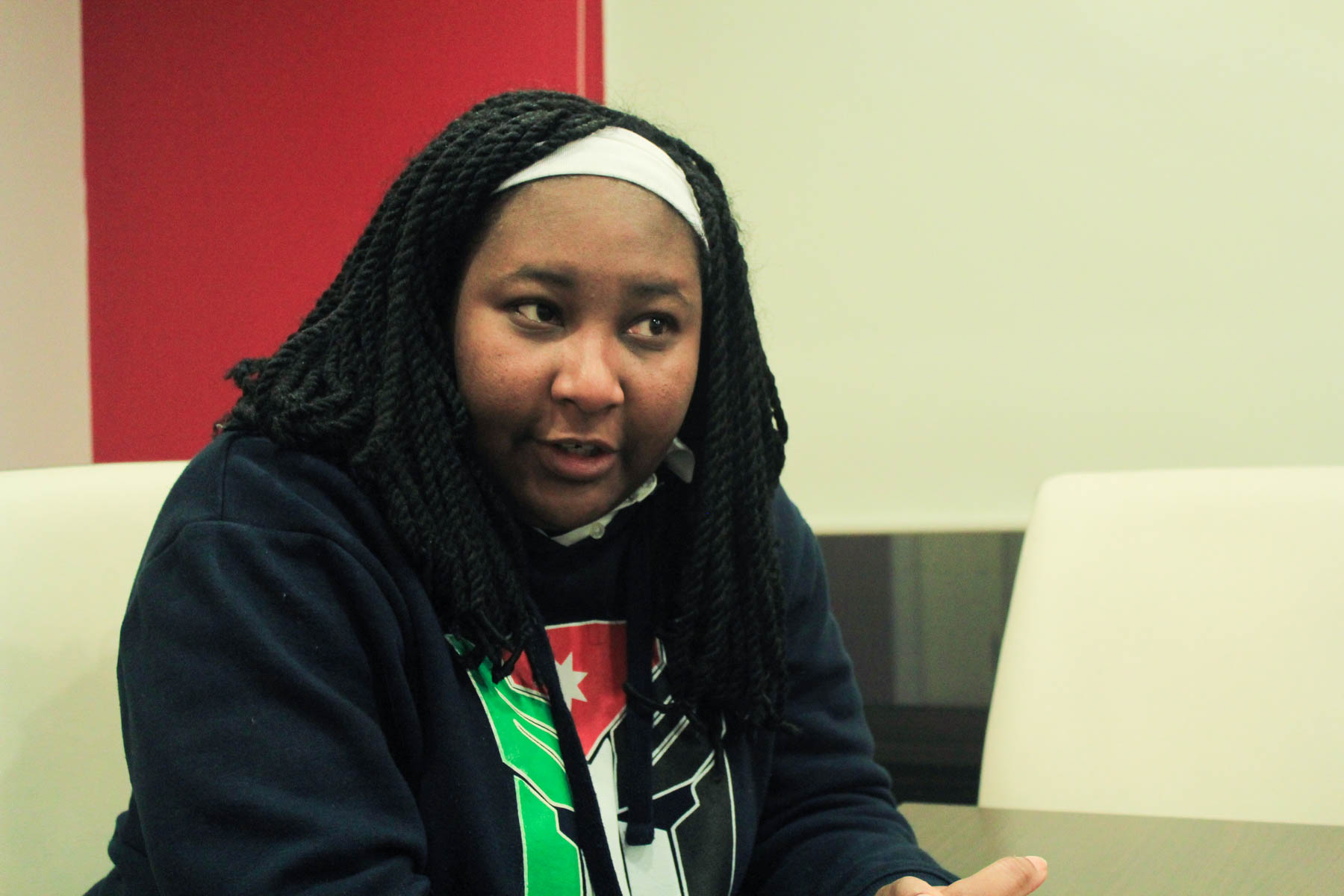 “I always used to say after a very tough day and you’re all stressed out, at the end of it you’re doing an evaluation and someone says thank you.”

“I always used to say after a very tough day and you’re all stressed out, at the end of it you’re doing an evaluation and someone says thank you,” she said.

“It’s like cold water all over your body, just that is worth all the stress we put into this event. So I would say we had a lot of small successes.

“I would say one of our major challenges would be facing many societies organisation’s support to do more and on a larger scale.

“We have records, we have data of the number of people affected by our programs; some of the things that made me very proud was – as an example, one of our girls who was a beneficiary of education subsidy through her high school, she got support for her exams and books.

“Through all of that, once she finished high school, she spent some time at an internship with us and then she got accepted to a university. Now she comes in and out to volunteer.

“So things like that for me are successes, in the midst of so much to do, we have some successes that we can celebrate.”

Safiya expressed her determination in trying to develop EWIE, hoping to bring some form of inspiration.

“I hope my words are inspirational and useful and helpful, particularly to other women,” she said.

“I am very committed to helping young people grow and fulfill their dreams and their visions because that’s where I started as well and I’m certainly not at the end of it yet, so let’s just keep walking the road together.” 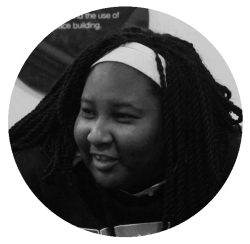 Safiya Ibn Garba is the founder of a women empowerment NGO in Kaduna, Nigeria, called Empowering Women for Excellence Initiative. They work on educating women through advocacy campaigns, capacity building, information dissemination, cross-cutting community service projects, and other multi-sectoral interventions. Established in 2008, this organisation aimed for great improvements for Nigeria. Safiya now also works for an international peace-building NGO based in Jordan, Generations for Peace and is currently residing in Amman, Jordan.

Show your support by visiting their site here.

Check out our Safiya’s story on our women entrepreneur series.