Be bold for change: the story of a former ‘fufu’ seller 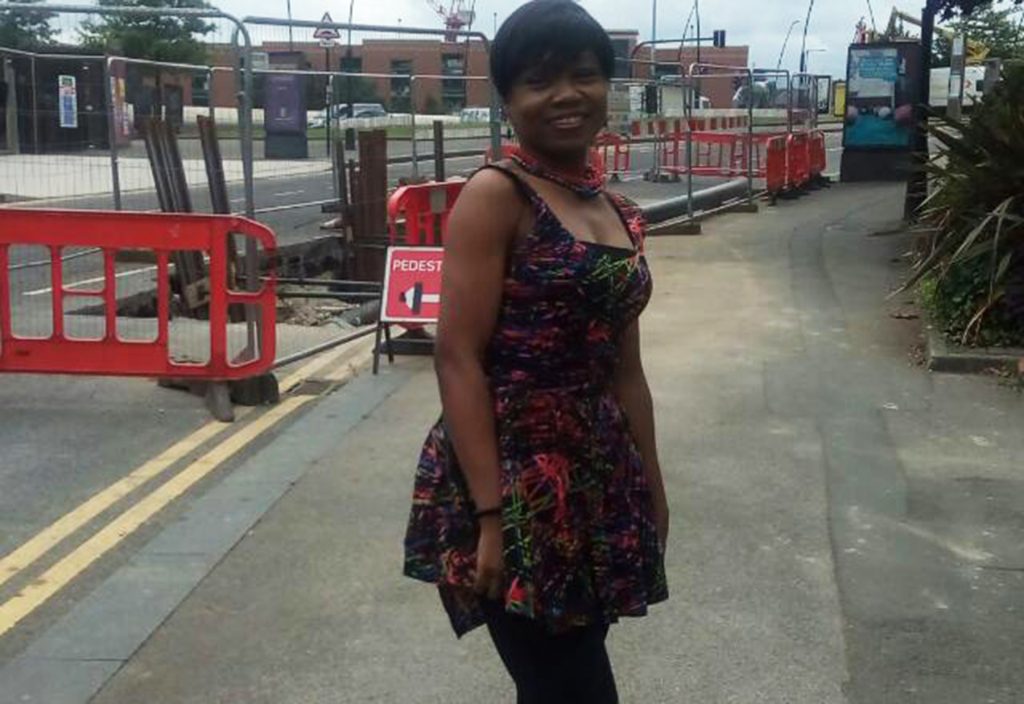 Be bold for change: the story of a former ‘fufu’ seller

Be bold for change. This term was used in honour of women’s day and month; using this day to celebrate a lot of women who have achieved a lot who are still trying to be bigger and better irrespective of challenges they might face, who also inspire people around them directly or indirectly.

I met with Ms Dunamis Esther A. who was a once upon a time a ‘fufu’ AKA cassava flakes seller when she was at the Obafemi Awolowo University in Osun state, Nigeria.

Speaking with her, she reflected how she herself had to be bold for change in order to achieve her goals, which she is still trying to accomplish today. This is her story. 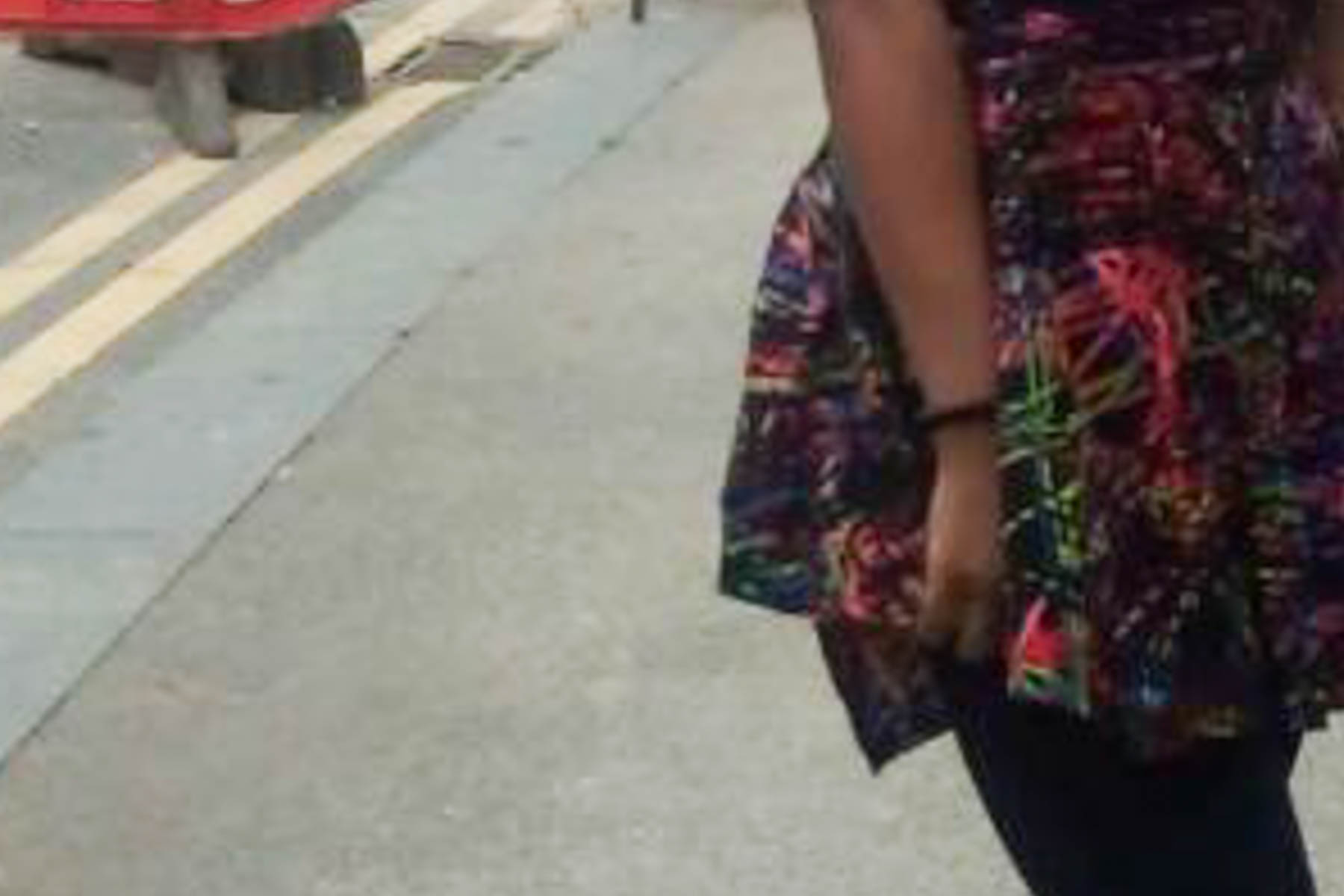 “In this life, we must have a goal – male or female. My goal in life is to fulfill my destiny.”

“In this life, we must have a goal – male or female. My goal in life is to fulfill my destiny,” she said.

“I know I have a calling that is evangelical – nothing related to owning a church – it is more about encouraging people – young and old – towards meeting up with heaven’s expectations through their relevance here on earth in a more specific way.”

Esther saw a greater purpose for her life, looking to develop the education of her country.

“I see myself as an Education Minister in Nigeria in a few years time – by God’s grace – because the educational sector of the country needs more comital and conscientious education,”  she said.

“I also make bold to say that I have started fulfilling that destiny already. I started teaching in 1996 and by God’s grace from all the different categories of classes I have taken, the students were doing well.

“I know because I still keep in touch with a few of them and from their results they are progressing.”

She said she was trying to ‘lift up the weary that hangs down the feeble knees that stoop to fall.’

“I am also working towards maintaining a disciplined life in all areas that are not limited to time, people, appetite, financial, health, and environment.

“A total life of discipline by God’s grace.

“I have been able to achieve some and I am still trying in the process to achieving more.

“At the end of the day, you may not just sit back to say all is done. Life is not just a doctored checklist for a one-stop-shop.

“The dynamism of life might mean addressing issues as they challenge you, this might mean you learning in order to have prevalent relevant responses to those questions and challenges of life as they come.”

Talking about her life achievements she said she would always focus on the challenges she faced and how she managed to get through it.

“My academic experience was enormous and confusing because as a child my parents – particularly my father – prophesied our professions or career path in life,” she said.

“I was to be the medical doctor of the house, while my mother from her strong intuitive mind believed I was a born teacher. Do you see the dilemma and confusing conflict of interest?

“The ironic part was neither of these wonderful people thought of confirming from me what I would like to be.

“Anyway, I am a research and management trainer/teacher, so your guess is as good as mine who was more intuitively correct.

“This does not in anyway undermine the confusion I struggled with before God eventually helped me figured out what I should do.” 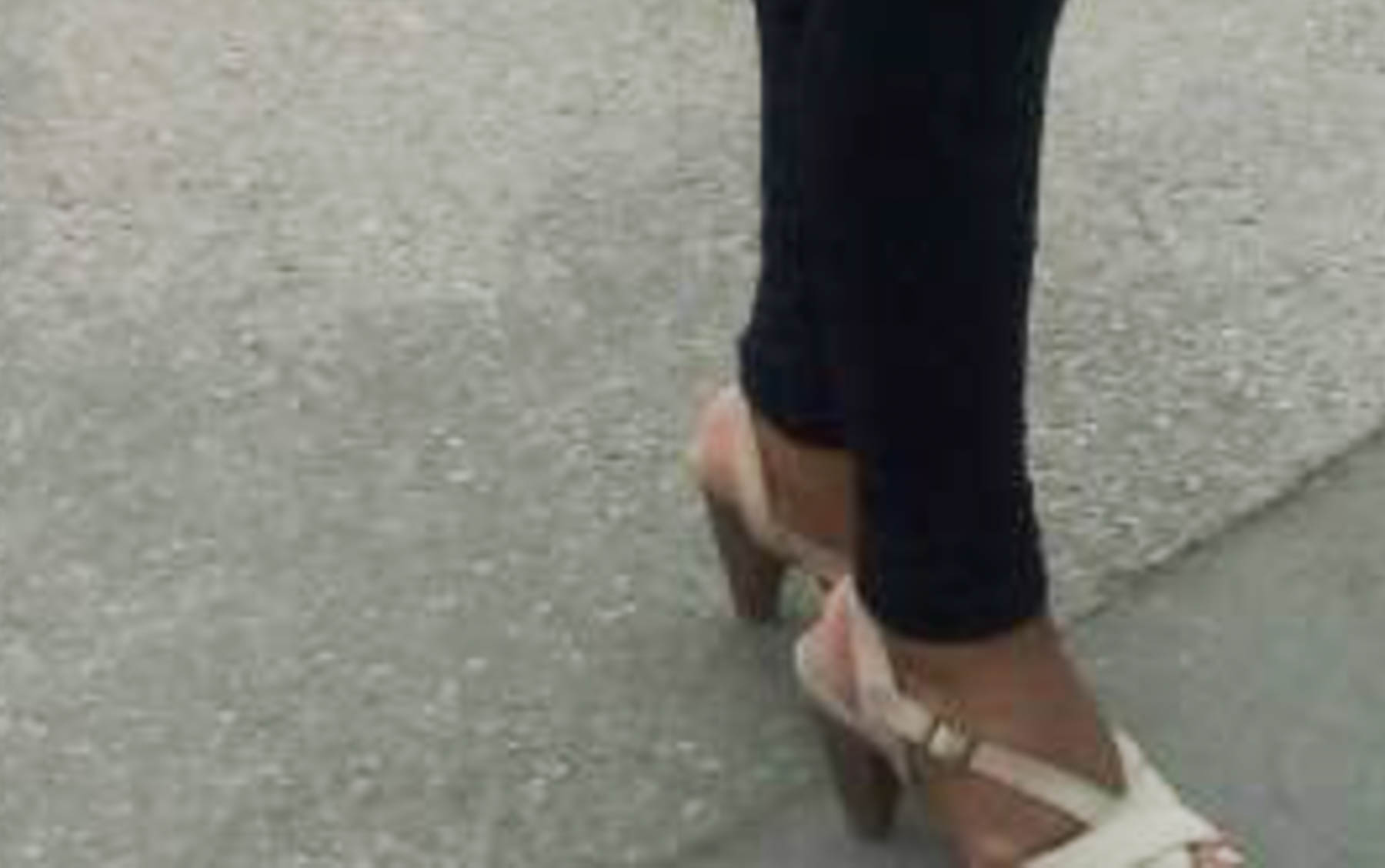 Achieving her goal was no easy task. Esther said she had to go through many challenges to pass the test that supposedly would determine the accomplishments of her dreams.

“I wrote my first Joint Admission Matriculation Board in 1995. In 1999 I had left for a second generation university in southwest Nigeria but the admission failed,” she said.

“I rewrote the JAMB and I traveled to Ile-Ife in Osun state, Nigeria, to check if my score fitted into any department.

“When I got to Obafemi Awolowo University campus years after, the site of the massive Africa’s most beautiful campus was irresistibly great, but I didn’t know where to go.

“I saw an elderly bike man and I asked him how to go about my movements on campus. He asked what I wanted and I told him I was there for admission.

“Surprisingly this bike man offered to help me around. I hadn’t any choice, so I obliged albeit unwittingly.

“He was illiterate, he could barely make a complete sentence in the English Language. He took me from department to department and each time he presented me like his daughter who wanted to further her education.

“Even when some of them said admission processing was over, this man did not stop until he took me to the last person; she was a professor at the Foreign Languages Department who happened to be a woman.

“When he presented to the woman she asked me who the man was to me in English – knowing fully well that the man couldn’t understand her.

“I responded with ‘he is like a father to me.’ The professor took my credentials and said to the man that she was going to help me.

“I was shocked at the ease with which events turned out positively and I quietly questioned myself what she saw in the credentials that made her just agree to help immediately – especially since my results were not characterized with so many As.

“It was when she bade the bike man bye that I understood what probably made things go so easy. She called the man’s name and coincidentally his name was the same with my surname. She was probably convinced beyond doubt that the man was either my father or paternal uncle.”

The school fees – a constant struggle

“Now gaining admission was one thing but being buoyant enough to pay school fees from the first year till the final year was a different case,” she said.

“How I afforded the first year school fees was a divine miracle although by God’s grace today,  I graduated as one of the best in my sets at OAU with a second class in the upper division as God helped fulfill my duties in academics.

“To cut the long story short, I sold ‘fufu’ at some point on campus to make ends meet.”

“It was in 2002, I went somewhere to pray on campus. I was an indigent student and it was almost impossible to get a meal to take and I was neither going to beg nor steal,” she explained.

“I was used to fasting from home. Although one couldn’t tell whether my parent intended to train us with some spiritual exercises.

“I prayed, wept, and aggressively made some bold biblical confessions. I needed God’s divine intervention so seriously like I was not going to leave that spot until God responded. And he did, at past midnight, where I was squatting with a junior friend. I heard it whispered to my ears ‘start selling fufu.’ It sounded so laughable and ridiculous.

“From fufu selling, I got a contract to organise dinner for the largest fellowship on campus. I became an event planner with people working with me. I became popular and even secured a Carnegie scholarship. I could even help other indigent students pay their school fees.”

Esther said she found her strength in God and this would be the main lesson she would want people to take.

“Simply trust and obey God. Let me also mention that when you believe in God and you know how to come boldly in his presence, be rest assured.

In the future Esther saw herself in various situations, however, all involved her accomplishing her dreams in a way.

“I see a blessed family woman with triplets, a much more economically empowered woman that the world reckons with and the Chief Service Consultant and CEO of an NGO, benefiting people in all ways,” she said.

“And in five years from then, I would be ready for the title of Minister of Education in Nigeria.” 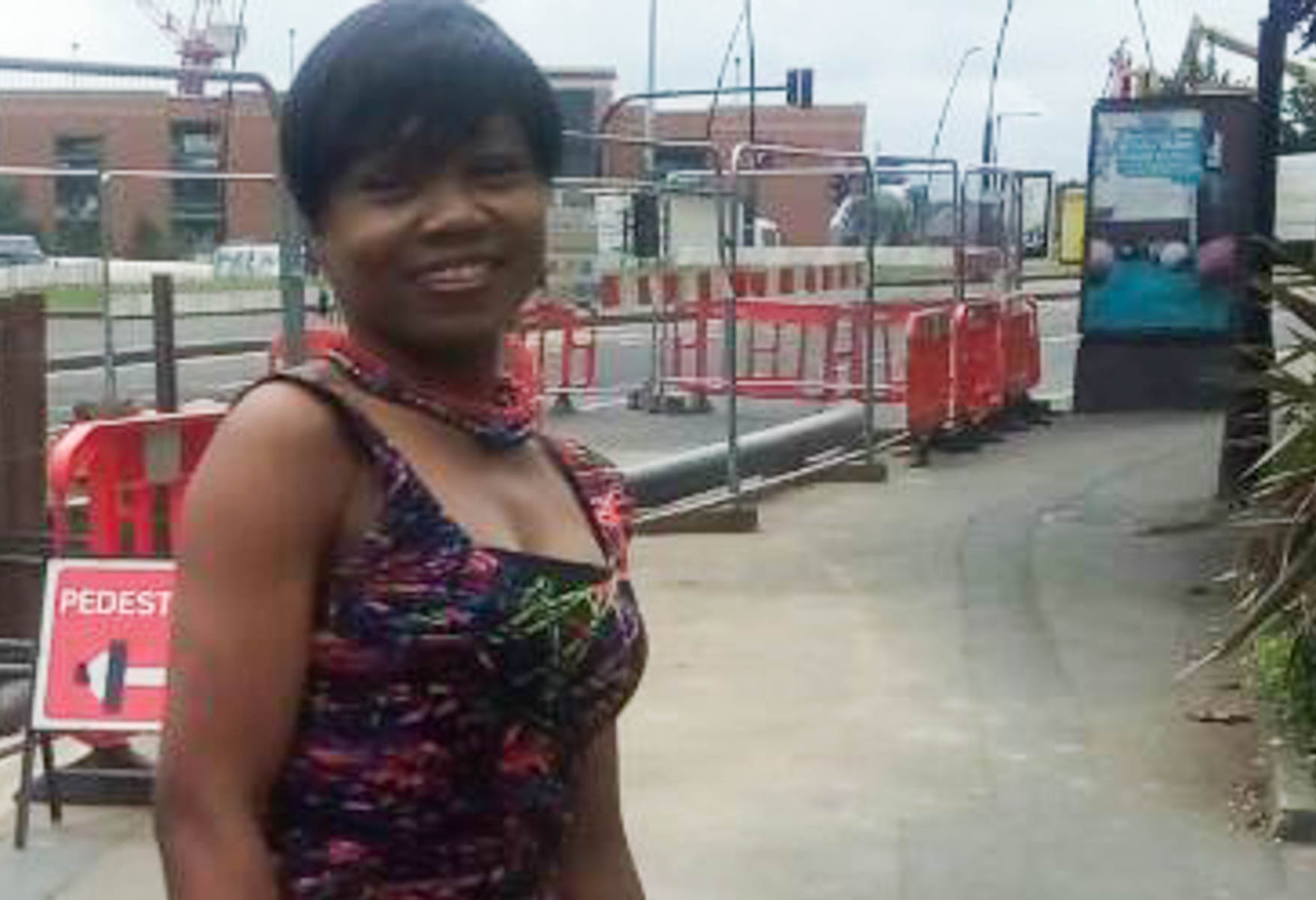 “I encourage families and parents to build a home where timeless values such as discipline, integrity, transparency, truthfulness, and dignity of labour are preached in order to have a better society than what we have now.”

“I encourage families and parents to build a home where timeless values such as discipline, integrity, transparency, truthfulness, and dignity of labour are preached in order to have a better society than what we have now,” she said.

“I think the family as an entity and as the smallest unit of the society has failed this nation. I think at some point, parents lost their firm grip on the family, whether because they held it too firmly and they thought of ‘loosening up’ a bit, or they never really had the families under perfect control at all – I just know something went wrong in our society which is actually affecting the Nation at large!

“We need to trace back those steps wrongly taken, we need to address  the issues concerning the home front and children’s upbringing, we need to refuse wrong societal norms, we need to screen what are children are exposed to on TV, we need to help them know the difference between needs and wants, we need to teach our children the importance of savings and delayed gratification.

“The assignment seems so huge and unachievable, but like my mentor would say ‘you can win by righteousness!’

“When God gets back to the centre of our homes, things will get better at the family front, the immediate society, and the nation at large will be better for it.” 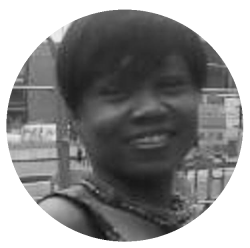 Dunamis Esther A. is a Magister Scientiae degree holder and a M.Phil/Ph.D student in view. She is now an independent researcher and a professional management trainer. Her researchers revolve around environmental sustainability, waste management, and ethical consideration of organisation design.