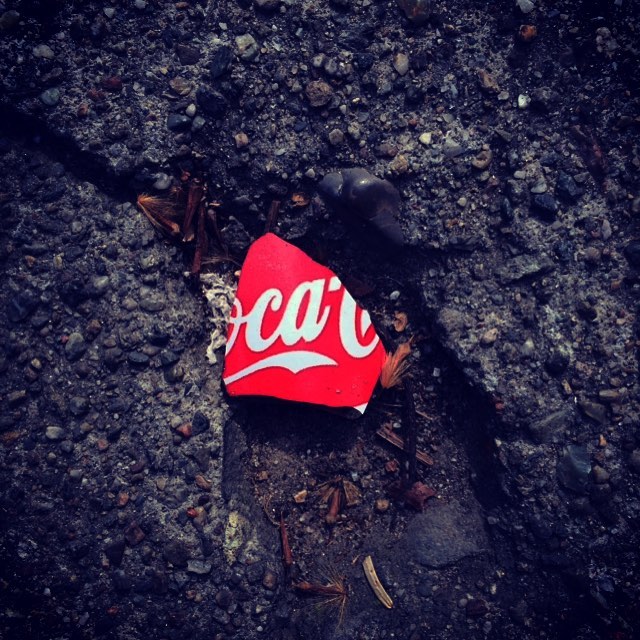 “If we could really build a global community that is more mindful of their surroundings and feel like they’re a part of the solution to a massive global problem then we can start to give a hand to build this community in a way that we’re making a difference, we’re making an impact — that is the goal.” 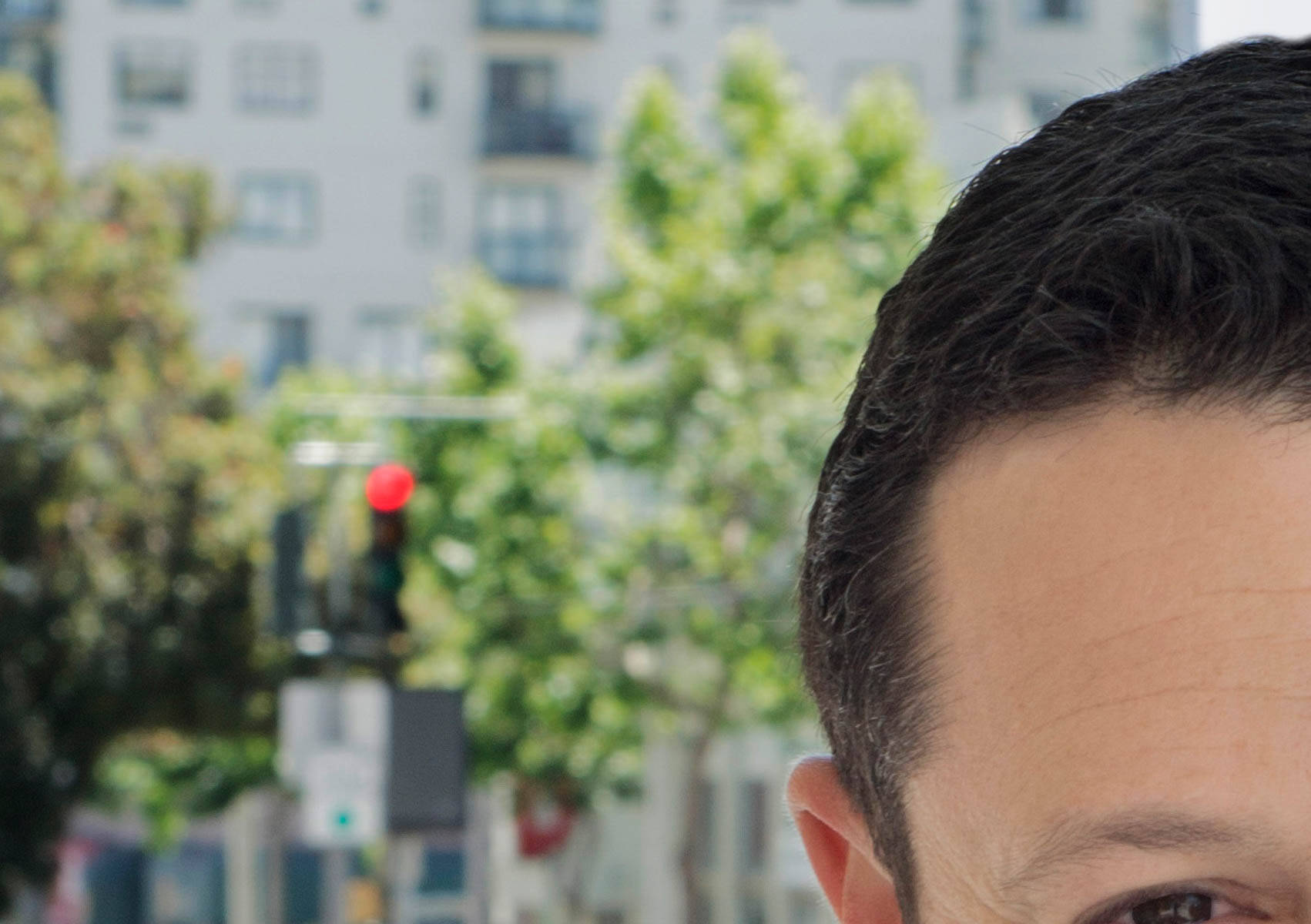 An environmental activist and tech enthusiast aims to reduce litter from the use of a mobile app.

Jeff Kirschner is the CEO and founder of a crowdsourced cleaning app called Litterati — aiming to clean the planet one litter at a time.

Jeff said he wanted to see a collective effort of people trying to create some sort of impact.

“If we could really build a global community that is more mindful of their surroundings and feel like they’re a part of the solution to a massive global problem, then we can start to give a hand to build this community in a way that we’re making a difference, we’re making an impact — that is the goal,” he said.

The environmental enthusiast wanted to create a greater awareness about the impacts of litter and how it actually was no laughing matter.

“I think what people don’t realize is that litter impacts the economy, the environment, it impacts communities, it kills wildlife, it poisons the food system and we just kind of walk all over it,” he said.

“So it’s going to take a lot of effort and a long time to really create a massive impact and that’s ok because you need to start somewhere, so I think we’re just scratching the surface.

“It’s clear we struck an emotional chord in people around the world and we’re building a tool that anyone with a smartphone can use,” Jeff added.

“When people feel empowered like they’re contributing towards something other than themselves — to be a part of something to make a difference, I think that’s pretty impactful.” 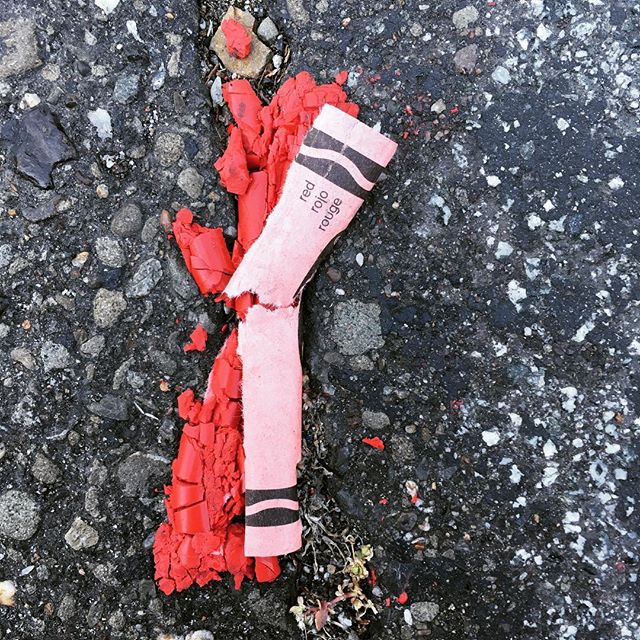 A crayon picked up by the Litterati community

Currently, Litterati is located in 113 countries, however, Jeff felt that this was still a very small scale and they were still scratching the surface.

“The communities are at 113 countries and even though that sounds like a lot, I think we’re just starting and the problem is so big,” he said.

“We have plenty of challenges and lots of obstacles in front of us.

“If this were easy, it would have been done a long time ago, but I think that’s the right strategy forward.”

Aiming to truly create an impact from a litter-free planet, Jeff wanted to produce more stories of impact from this app.

“At Litterati, we call them stories of impact.” he said.

“The fact that a bunch of fifth graders use Litterati to identify plastic straw wrappers as the most common form of litter on their campus and they just stopped buying straws on their campus — that’s impact.

“The fact that the city of San Francisco, because of Litterati, was able to generate 40 million a year just because we were able to give them data about the percentage of cigarettes litter — that’s impact.

“So how do you do that on a global scale? And how many stories of impacts exist?”

“Our camp director would tell us to pick up five pieces of litter — we were crowdsource cleaning the camp. So I thought, why not apply that model to the entire planet?” 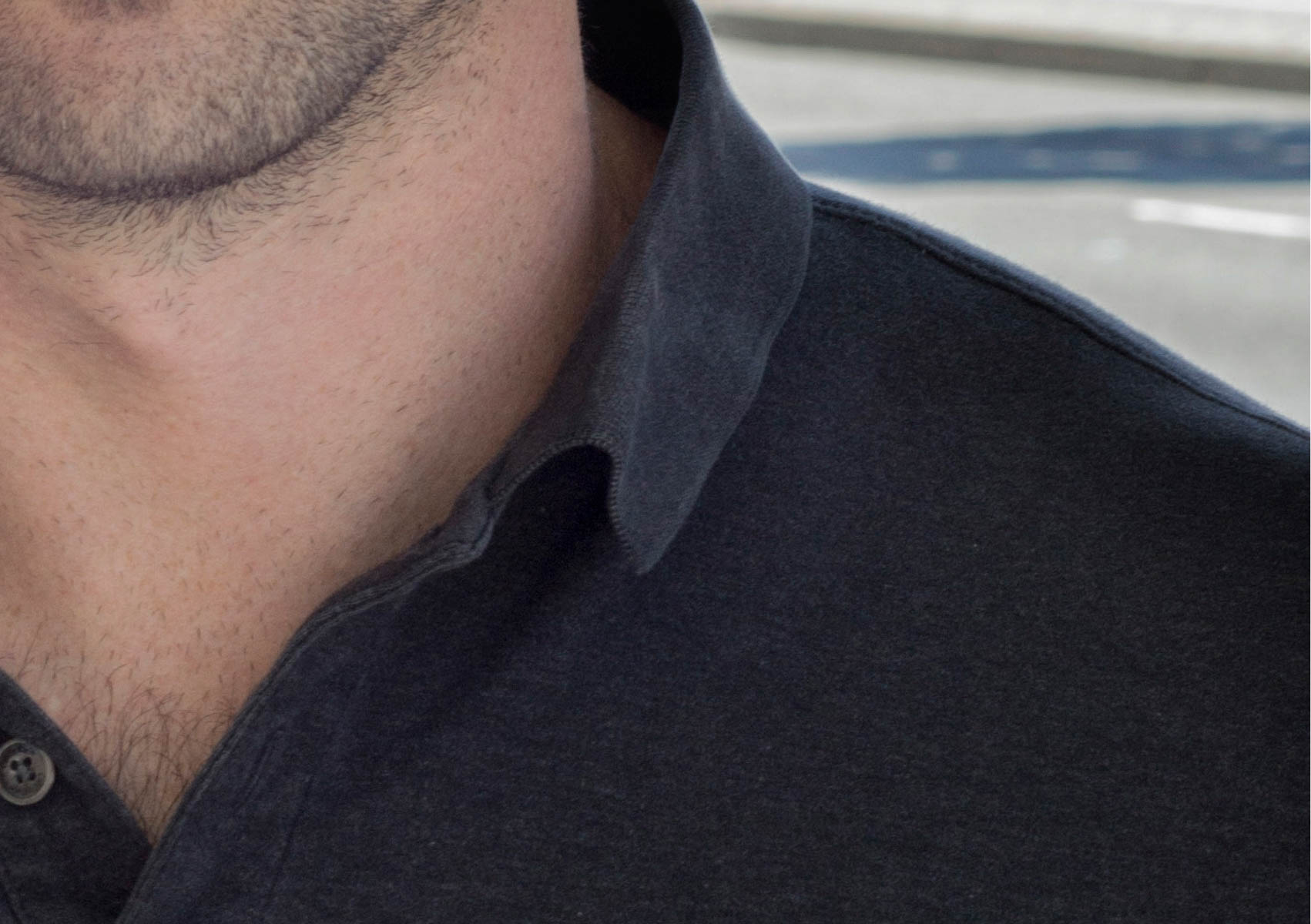 Jeff was inspired to create Litterati from his childhood experience

Jeff said he started Litterati after going for a walk with his children at one point.

“I came up with this idea when — I live in Oakland California — and I was walking through the woods with my two little kids and my daughter, who was 4 years old at the time saw somebody had thrown a pile of cat litter into the creek and she went ‘daddy, that doesn’t go there,’ he said.

“It was this eye-opening moment for me.

“I live in the bay area and we’re known to be environmentally cautious and everywhere you look there’s litter.

“So that reminded me to when I was a kid, we used to go to camp during the summer and during visiting day before our parents were allowed in, our camp director would tell us to pick up five pieces of litter — we were crowdsource cleaning the camp.

“So I thought, why not apply that model to the entire planet?”

The father of two said he wanted to create a smarter way of a litter-free world and that the best way to accomplish it was by just starting despite the risks.

“Just start, you don’t have to have all the answers, things don’t always need to be figured out, your solution doesn’t need to be perfect, you just got to start and you can’t be afraid,” he said.

“There are lot’s of instances where I have no idea how to do this, you can’t let that stop you.

“If you see a problem in the world and you feel you can solve it or help solve it, just start.

“You just have to get going and things will figure themselves out and it won’t be perfect but that’s ok.” 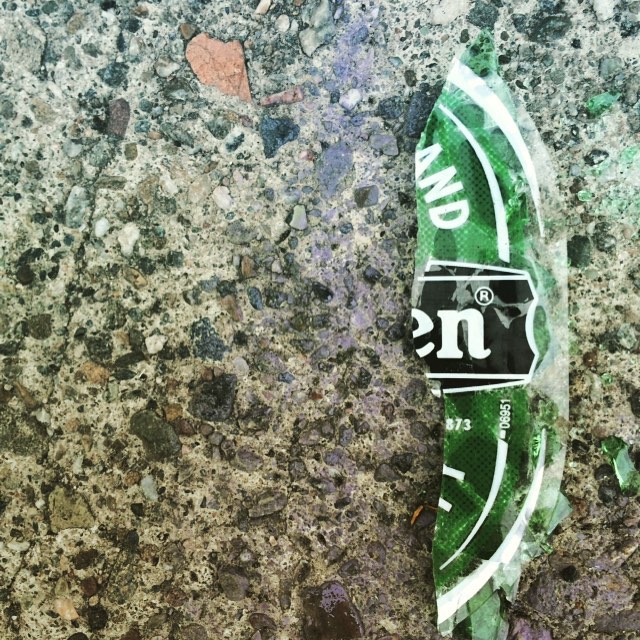 A Heineken bottle picked up by the Litterati community

Can an app actually make a difference?

“You can make a difference and there’s already a community around the world cleaning up the planet one litter at a time and every piece counts.” 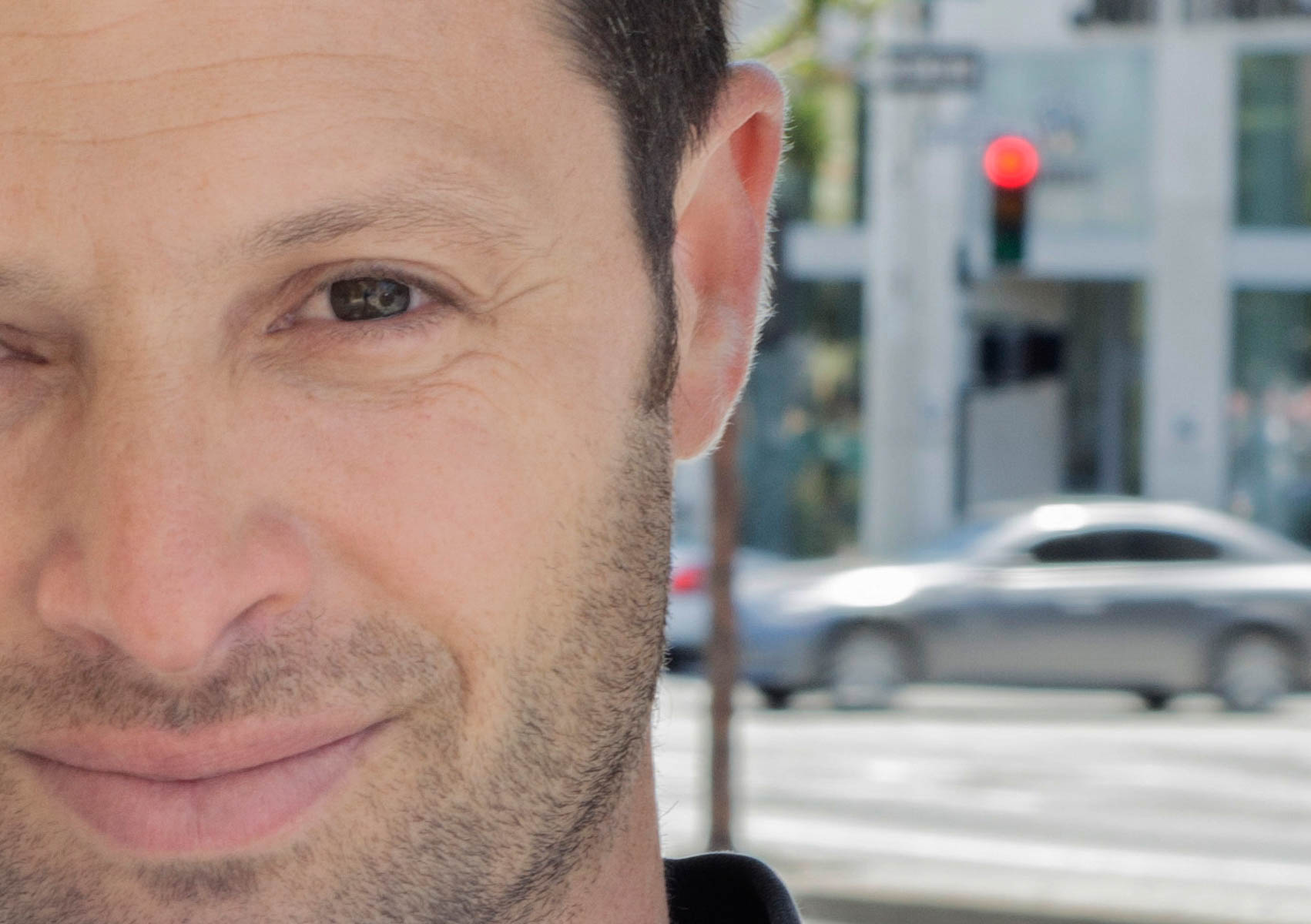 Jeff said it was no easy task trying to create a litter-free planet — encountering many challenges along the way; stating the hardest part of everything was just getting people to care.

As a collective effort, Jeff saw Litterati as a great tool that connected everybody together.

“I think one of the things Litterati is doing is that it’s starting to serve as this unifying umbrella,” he said.

“Our technology though makes those isolated acts social and shareable.

“Now you and I know each other and thousands and tens of thousands of communities that are also picking up bottle caps or coke cans, Starbucks cups, or cigarettes and we all know each other exists, contributing to the same greater good.

“That feeling of being overwhelmed will feel like a form of empowerment, but they’re not in this alone. So getting people to care, getting people to understand that they can truly make a difference those are the two great challenges.”

Jeff said on a personal scale it also played an impact.

“Personally, one of the challenges is how do I make this work in a way that is sustainable when we have a community in 113 countries and making sure that we’re listening to each and every one of the community and building what they want and giving them the tools to make their lives better,” he said.

“That is what keeps me up at night.”

The entrepreneur sees great things for Litterati and hoped he would be able to reach a larger and more global scale.

“I would love Litterati to be this exciting impactful community that is creating real change on a global scale — whether that is through educating our kids, through the curriculum and providing them with the tool to make a difference, or whether it’s in housing where every city will have a litter dashboard so they know exactly what’s on their streets and how to attack it,” he said.

“Or if we could work in branding where they will understand the impacts of their packaging.

“I think to build a global database of litter, almost like Wikipedia — a real-time source of information, like Twitter too — about what’s going on right now, any updates that may be harming the planet.”

Jeff also encouraged the community to step up and do at least minimal efforts to try and prevent environmental damage.

“Keep it simple. For example climate change, it’s a very complex problem and you as an individual are not going to single-handedly beat climate change but maybe you decide the one thing you want to do is not eat meat because you know cattle production causes harm for the environment,” he said.

“With less cattle production, the environment will be better, so instead of eating it five times a week, you can eat it three times a week. Or I’m going to take public transportation one more day than I usually do within a week — start small, build a habit.

“This is why New Year’s resolutions fail — that rarely works — what does work is slow habitual change.

“For example, I’m going to eat meat one less day or instead of losing 25 pounds, I’m just going to go to the gym 20 minutes a day — keep it simple.

“With Litterati, it’s pick up one thing a day, five things a day, just keep it super simple.

“You can make a difference and there’s already a community around the world cleaning up the planet one litter at a time and every piece counts.” 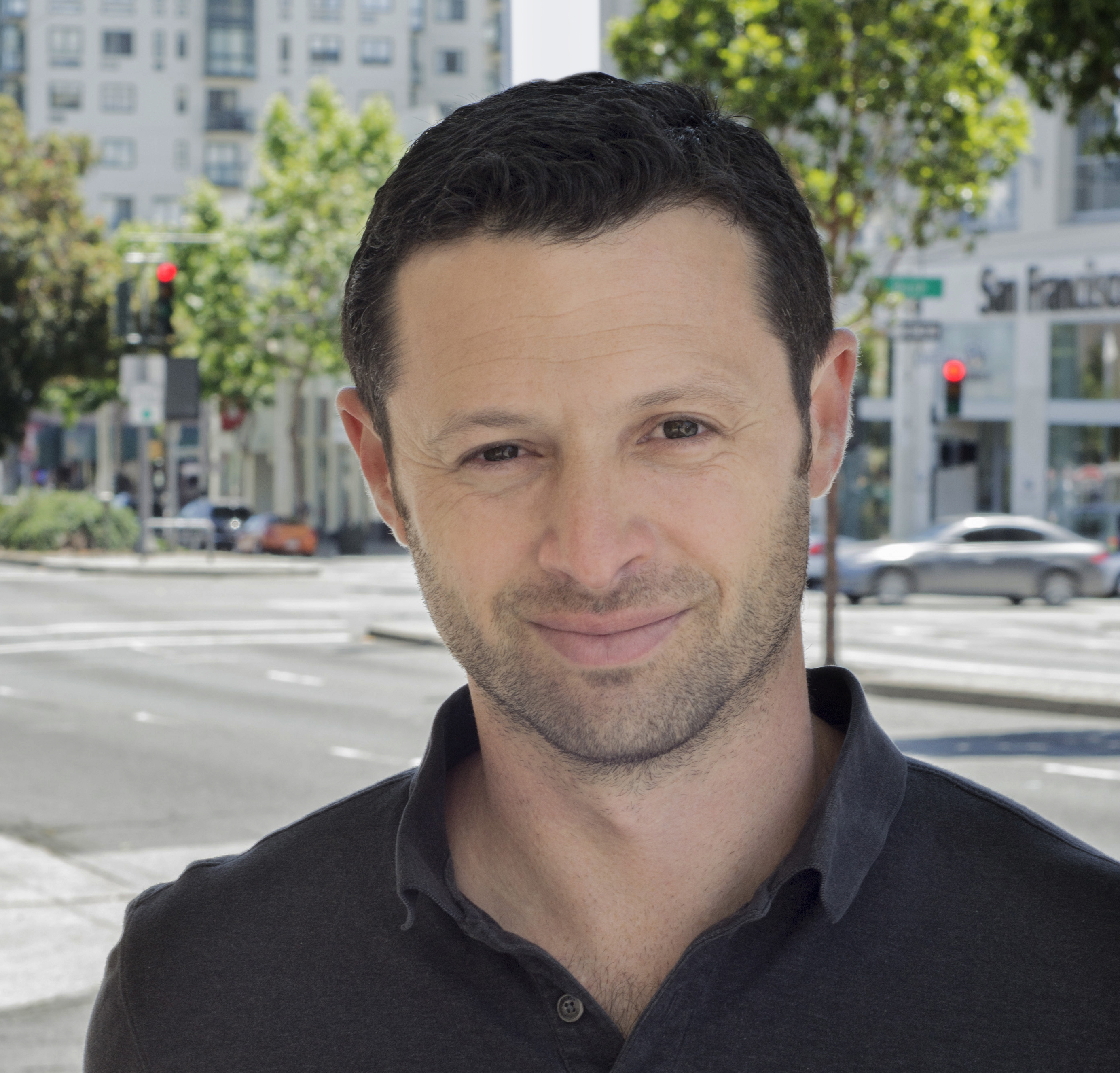 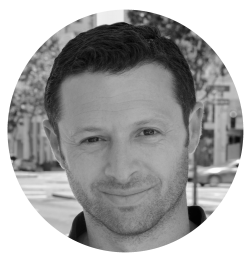 Jeff Kirschner is the CEO and founder of Litterati — a crowdsourced cleaning app one litter at a time — based in Oakland, California. Litterati is currently located in 113 countries, looking to gather data in order to become a litter free planet. Through Litterati, Jeff encourages people to pick one litter a day within their own community — hoping to create a huge collaborative impact amongst society.

Please support the cause and take part by downloading the app or visiting their website and Instagram (litterati).

Turns out being a disability spy is a thing