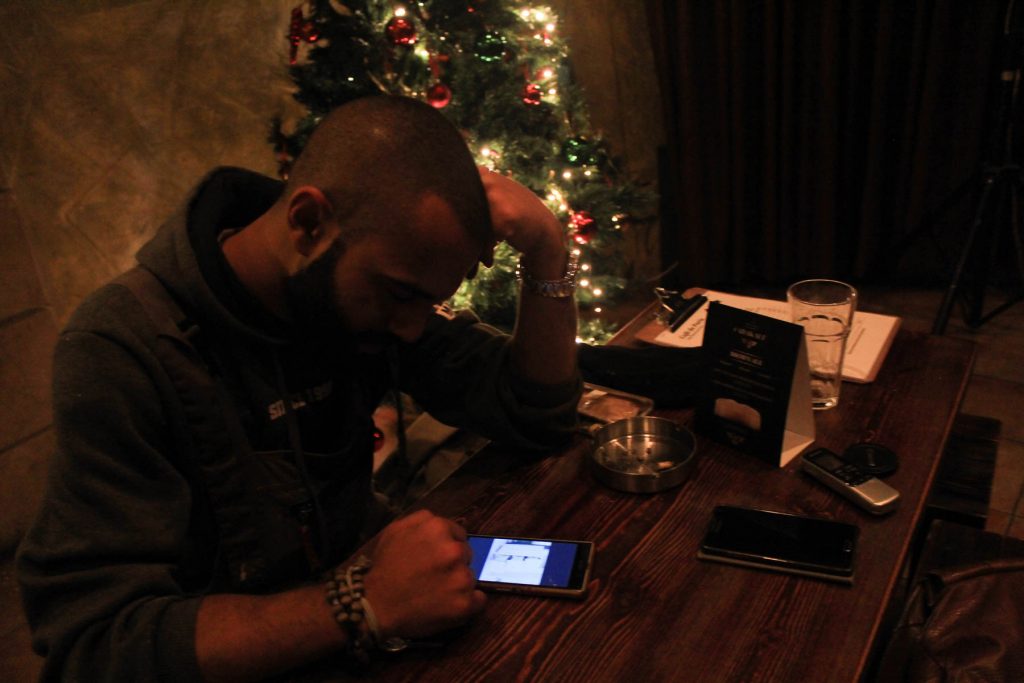 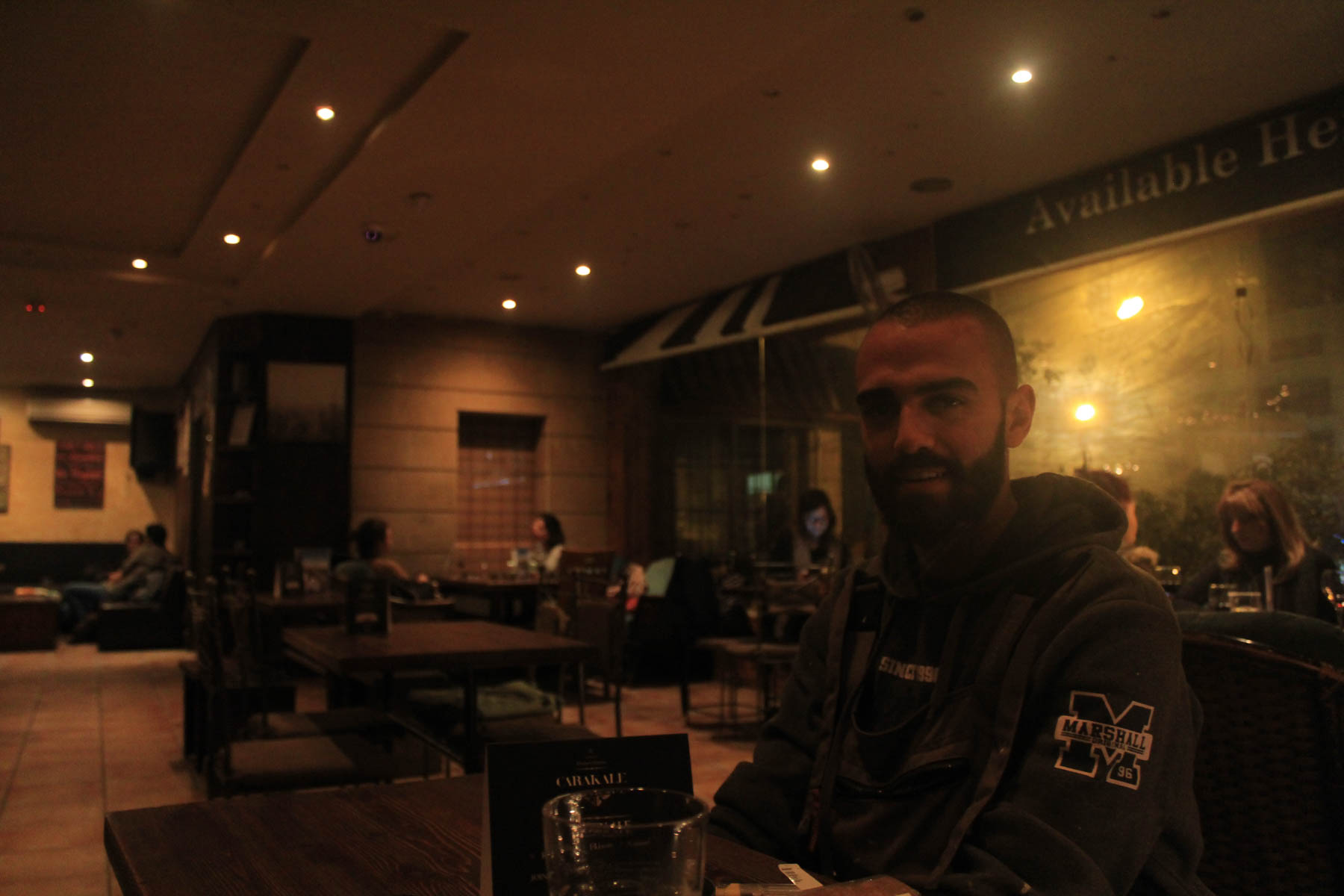 Alaa Ziadeh is the founder of recycling-based furniture company Ziadat4Recycling

In a country not big on recycling, one Jordanian is looking to change the mentality of his community.

Alaa Ziadeh is a Jordanian local, entrepreneur, and environmental enthusiast with his very own furniture recycling workshop — Ziadat4Recycling — based in Amman.

“I have a workshop for recycling furniture,” he said.

“We create all kinds of furniture and we try to find solutions for the people from recycling materials.”

Alaa said he wanted to a change for Jordan and the Middle East — especially in terms of recycling and waste management.

“I didn’t want to work under anyone, this was the beginning, that was the first idea,” he said.

“Later on, I really started to like the work and thought about recycling and what I could do for the Middle East and for Jordan because really there is no recycling.

“It’s mostly just people doing hobbies but there are no recycling at all.” 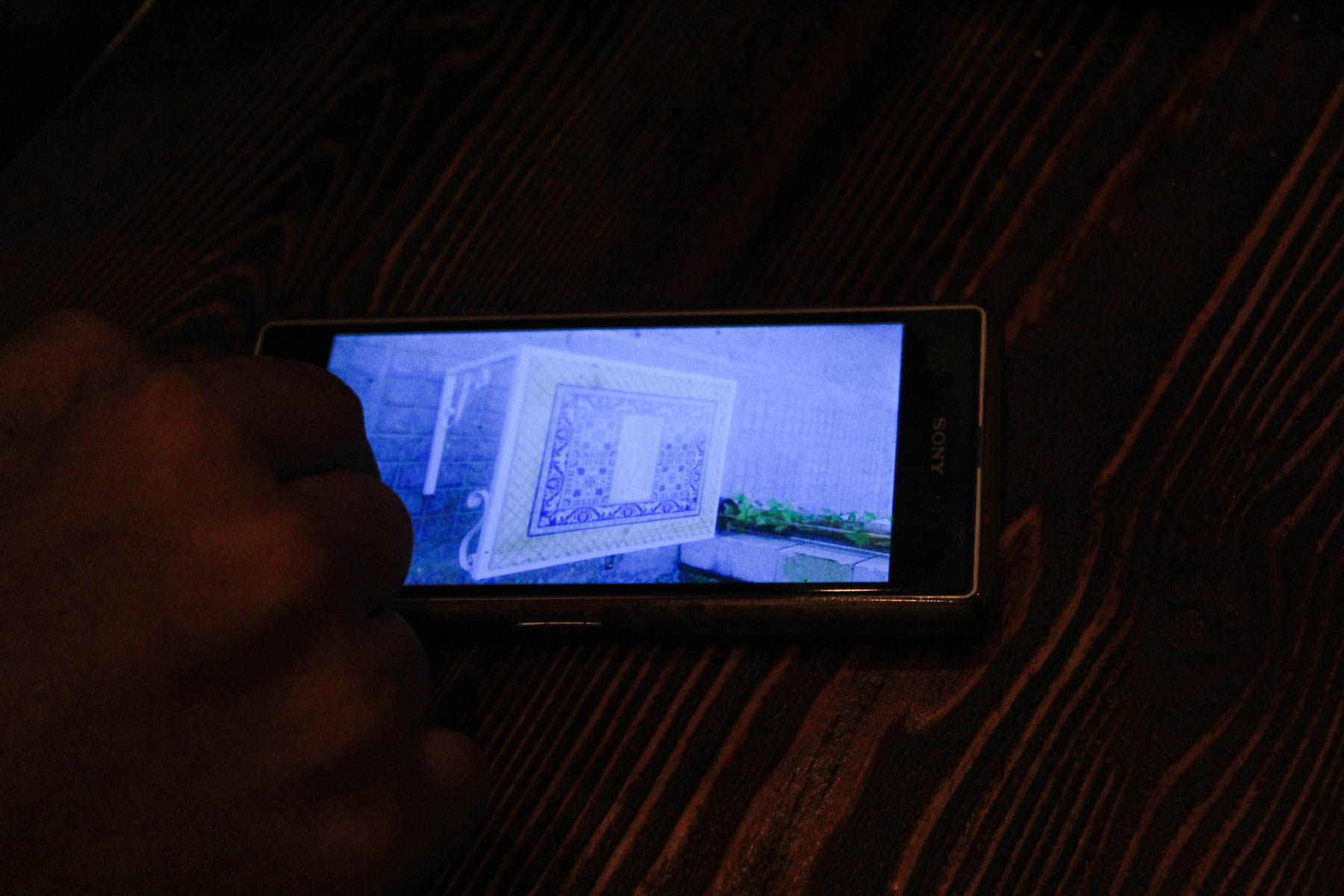 According to EcoMena, Jordan produces around 2 million tons of solid waste each year.

Jordan has around 21 landfill sites — seven of which are closed. Though there had been efforts of waste management in Jordan, however, it still lacks a specific legal framework and national strategy.

“Now there are recycling initiatives in Jordan but to me, it’s not recycling,” Alaa explained.

“They take the plastic and metals from here and there then they crush it and then they sell it.

“For example, they use it to remake plastic products, but the problem is it does not help.

“They never teach the people about recycling, they just want to make money.”

The environmental enthusiast said he wanted to discover the possibilities of waste and what can be done from it — especially in Amman. 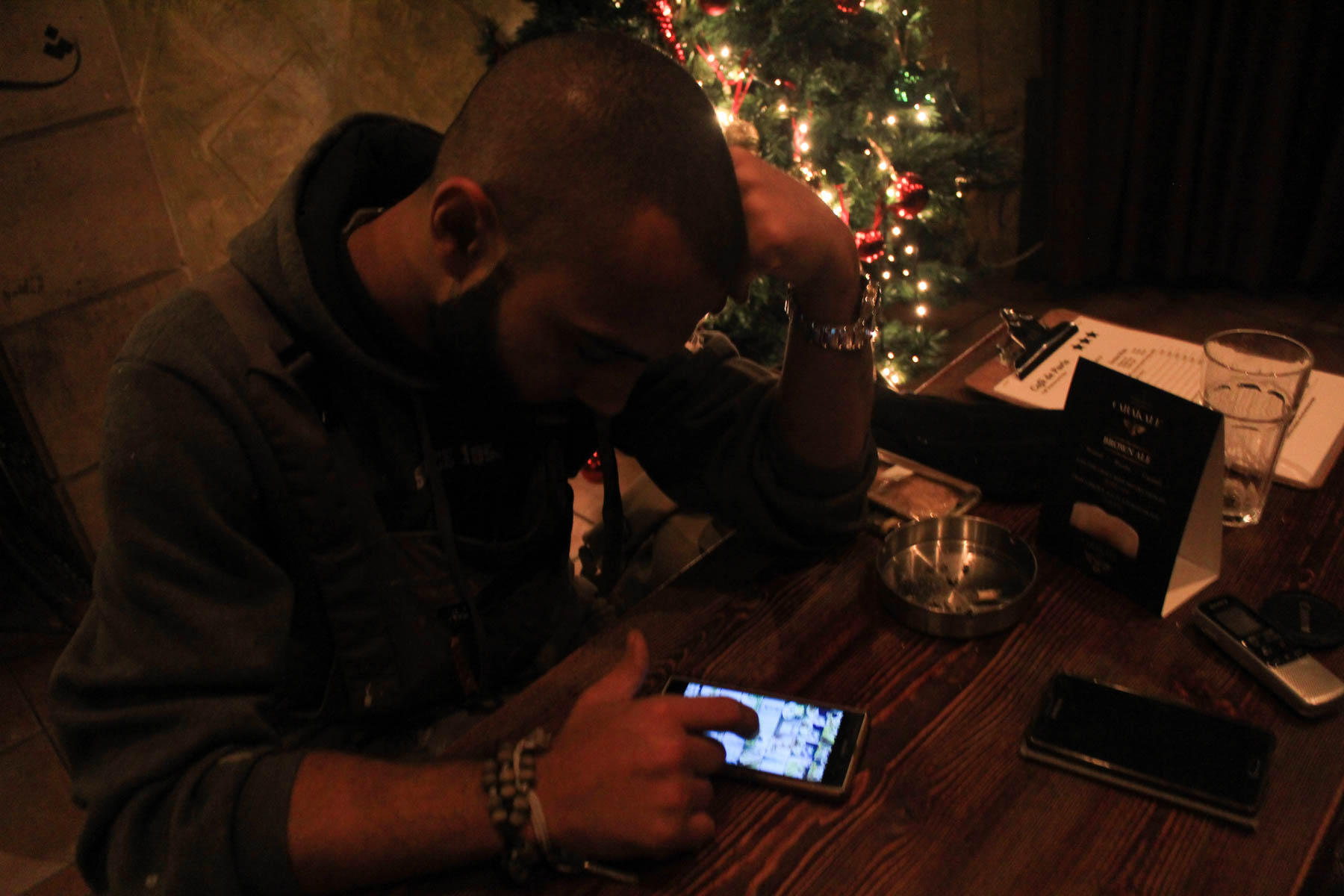 Alaa is determined to increase people’s education in recycling

“I am making a study for real garbage,” he said.

“I want to find a solution for it, so I made a study with some people — some friends — in Mafraq, Sahab, and Ghabawi, at all the garbage dumps.

“Actually it was not nice — it was terrible.”

Alaa said he was not expecting the conditions at the garbage dumps to be that bad and hoped there was something more that could be done.

“I went to see what we were doing with the garbage in Jordan and I was so shocked because it was horrible,” he said.

The business of recycling

“However, this hurt me a lot and until now, I still see people making fun of me sometimes.” 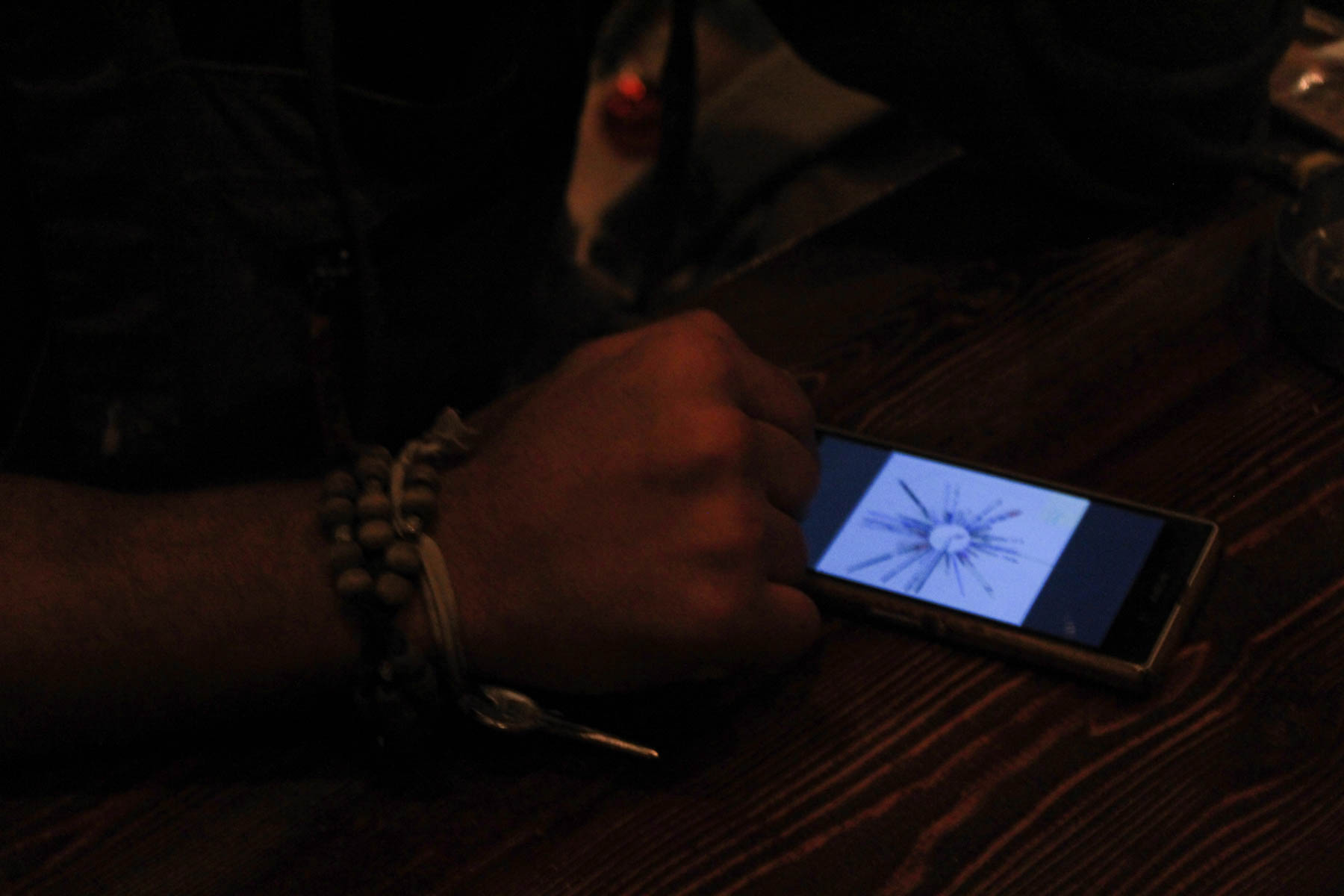 “I make everything, there is never anything special, one can order chairs, something to hide his tank, clock, something for the bathroom, for a guitar, a DJ table, everything — everyday something new.”

Alaa said his company has been up for over four years now — creating varieties of furniture and decoratives.

“My workshop is in Jabal Al-Weibdeh and right now, people just order items from me directly,” he said.

“I make everything, there is never anything special, one can order chairs, something to hide his tank, clock, something for the bathroom, for a guitar, a DJ table, everything — everyday something new.”

The Jordanian said he got the idea of recycling after speaking with a friend.

“My friend and I started talking about garbage and how much there were in the streets and what can we do for it,” he said.

“We talked a lot and finally we talked about recycling and after half an hour I opened this idea with him and he supported me.

“I wanted to go to Habiba for kinafe and take his garbage to make something from it – like making a lamp.

“So we talked about it and in half an hour I went to Habiba and I asked the guy and he said ‘can I take your garbage’ and he told me ‘take it’ so I started with the lampshade and this was how it started.” 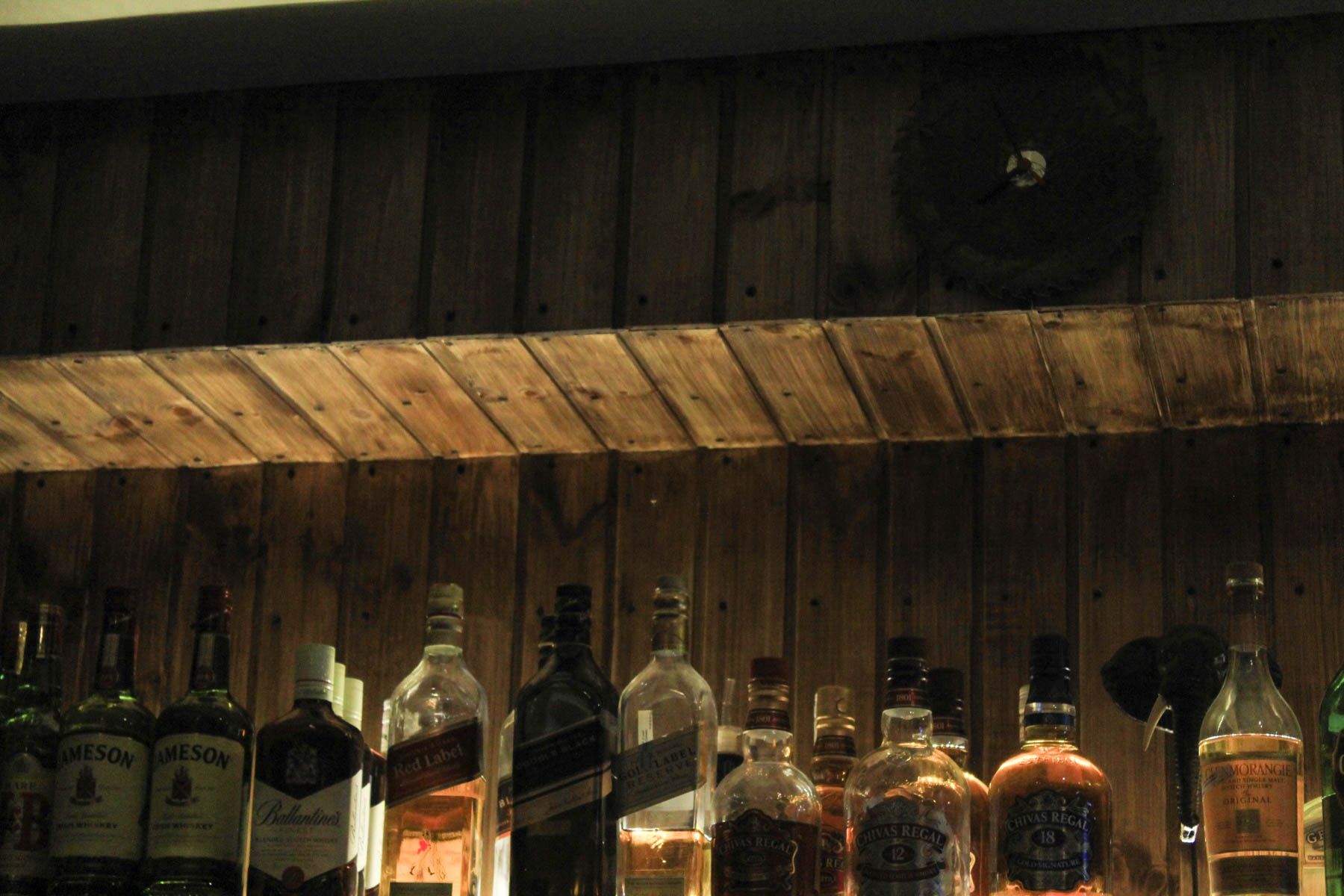 Alaa however, mentioned it was not an easy journey — and continues to be a hard one.

“My workshop is too expensive and before I was trying to find things, now I have to buy the garbage,” he said.

“There are people who collect the garbage to sell it, so I have to buy it.”

“I believed I wouldn’t make it, but I did and the people who made fun of me respect me now.

“However, this hurt me a lot and until now, I still see people making fun of me sometimes.

“I need to make the company bigger and bigger for people to see my products not just to see or hear about my products from some people.

“I need a place to showcase my products and someday, maybe I will do it.”

Why all the fuss over garbage? 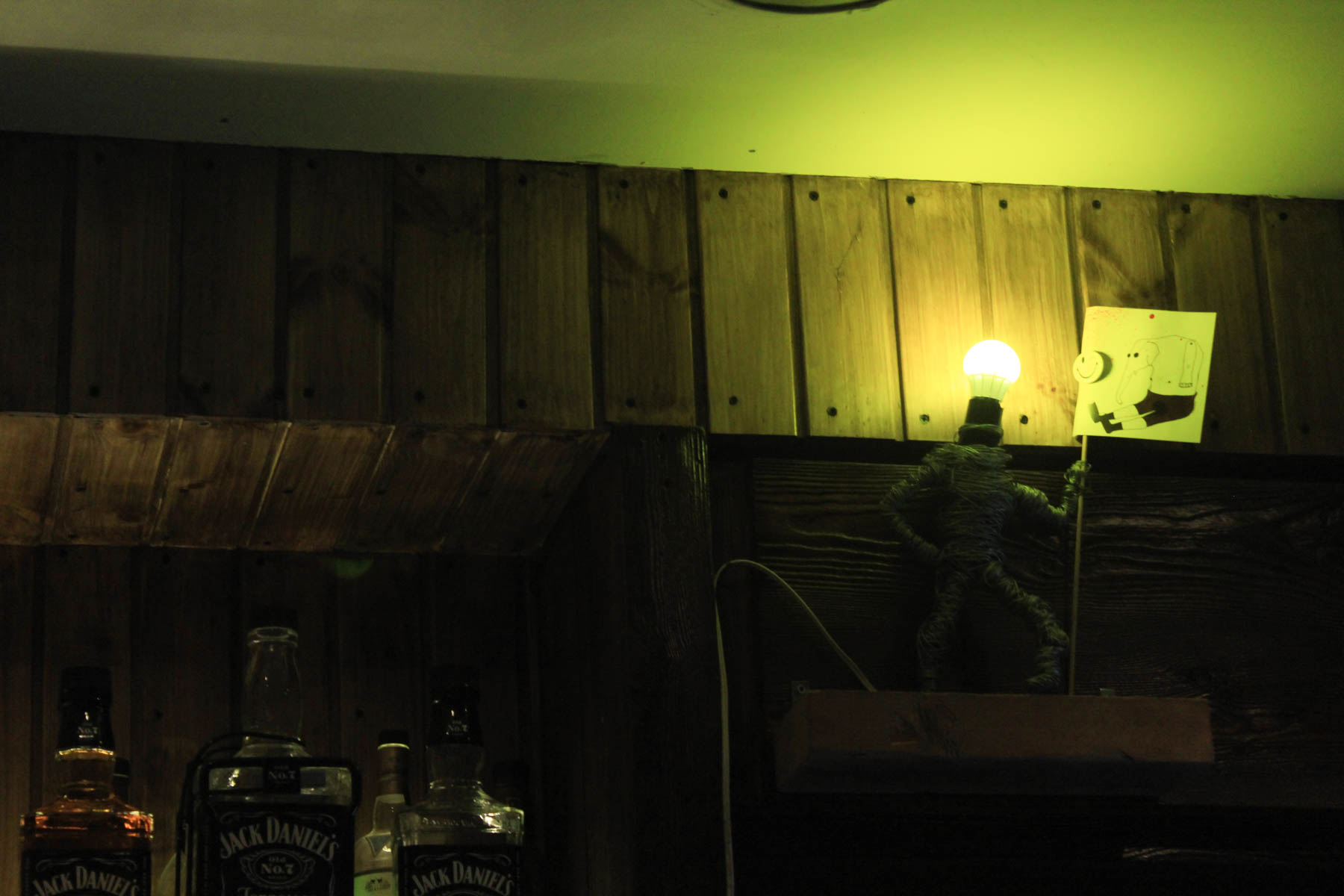 A lamp from recycled materials

Alaa said he would like to see people learn more about the importance of recycling and was determined to create a better outcome for his country.

“I want to teach a lot of Arabs about recycling and I want a lot of Jordanians to work for Ziadat4Recycling,” he said.

“I also want to start more than one project about glass — to create a new kind of glass from the alcohol bottles.

“I want to open up a small factory for plastic to create lampshade from plastic and bottles from the street.”

The eco-entrepreneur felt that things might go wrong and would be in dismay if things didn’t work out.

“I don’t know what to do, but I will be super sad because my country didn’t do anything and they didn’t help,” he said.

“I don’t mean in money, I mean to at least to do something for recycling.

Wanting to influence the people around him, Alaa would leave a gift for some of his customers.

“I gave every customer — if they ordered something good in their house — a drill,” he said.

“If they start to do this, they will care more about recycling.

“They will start using their brains to create some stuff from garbage so they won’t throw it in the streets, they will save it and keep it because they will use it.” 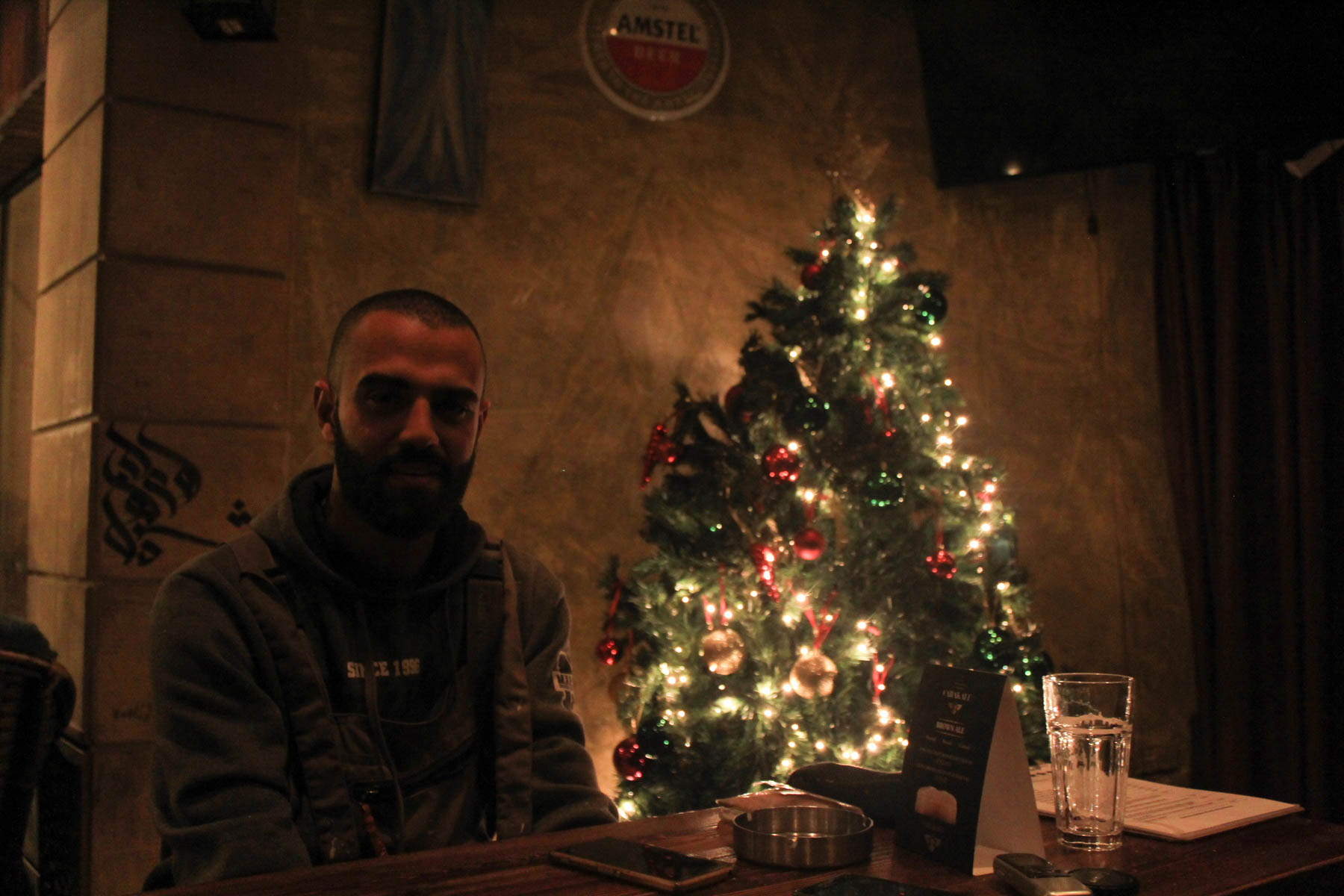 “If they start to do this, they will care more about recycling.” 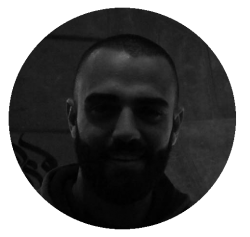 Alaa Ziadeh is the owner of a recycling-based company that creates household decorations and furniture Ziadat4Recycling. His workshop is based in Amman, Jordan in Al-Weibdeh. He aims to promote and raise awareness about recycling within Jordan, looking to create more initiatives and a greener country.