Motherhood at a young age 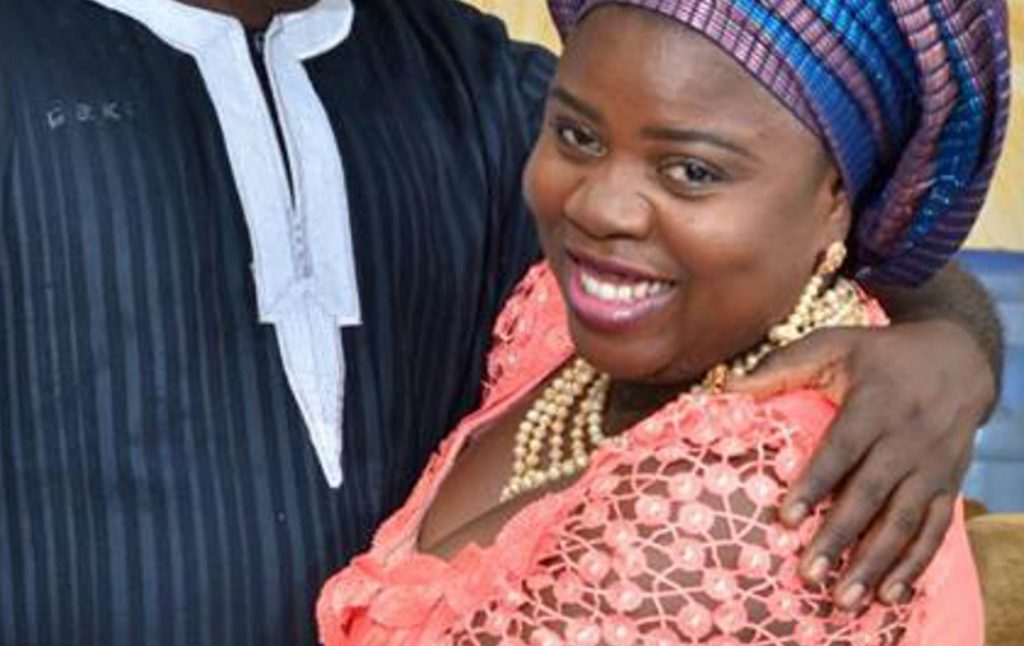 Motherhood at a young age

As the first child of any home or family, you are unconsciously made responsible for the younger ones around you—especially when you are a female.

Sometimes situations arise when you have to sacrifice yourself or something for their happiness. These could be material sacrifices, or sacrifices of time, food, personal needs or education.

In the case of Mrs. Oluwatoyin Akinniran, it was education. While she is now a fashion designer and CEO of Xclusively Yours Designs, (XYD), it was not an easy path. 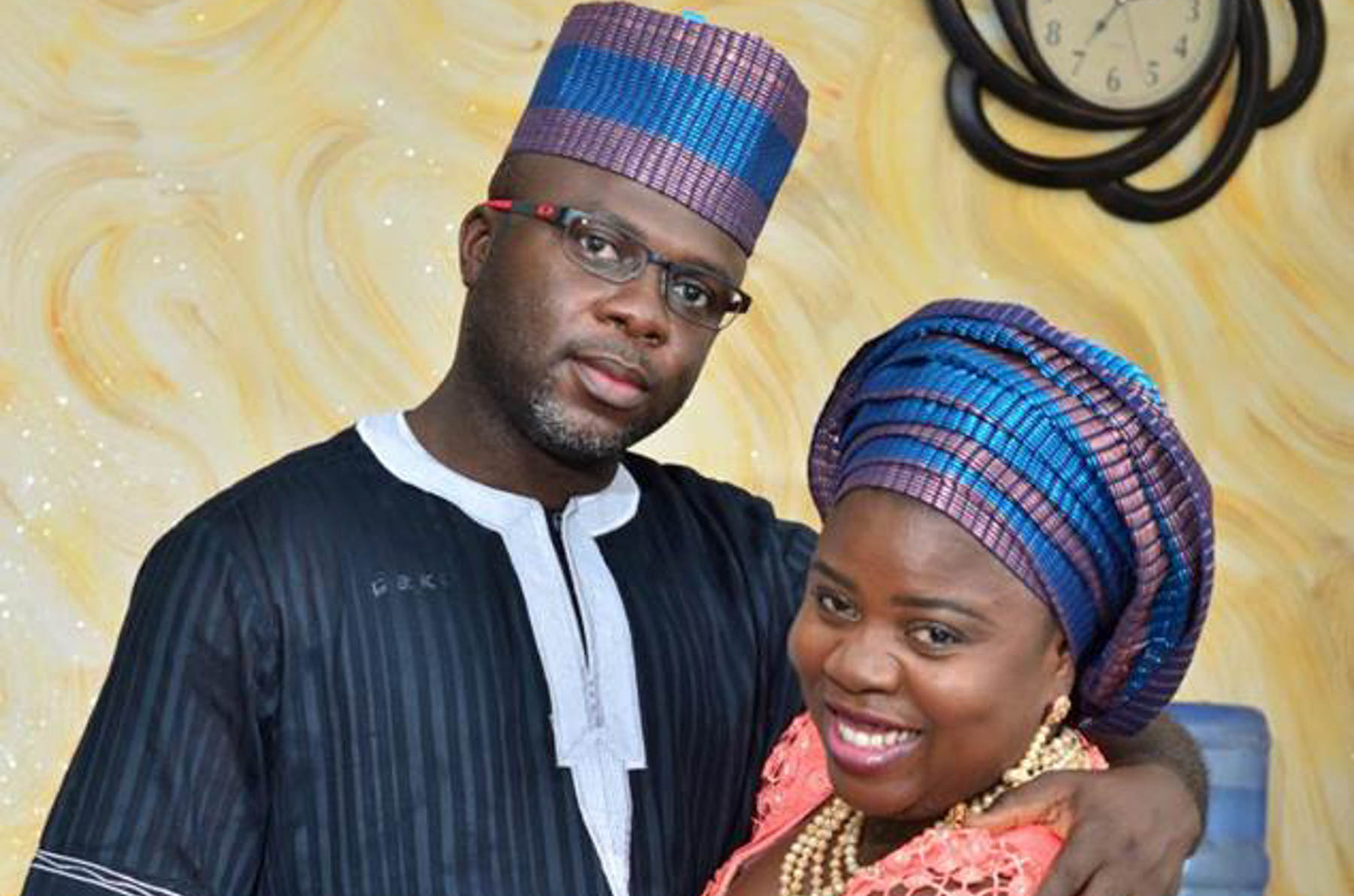 Oluwatoyin Akinniran and her husband. “Even though I am an intelligent person, there are still things I need to learn about and how to do.”

She is a secondary school certificate (SSCE/WAEC) dropout. Stopping her education at that stage wasn’t a plan or part of her life goals. It was something she had to do.

“After my secondary education, things became tough in our home and my mother was long gone […]. So, it was just my dad. We had these little set backs, so when I was ready to further into the University, two of my younger ones were ready too,” she said.

“Being the eldest, I had to withdraw. Not because I was asked to, or I felt pressured to, or my SSCE [wasn’t] good. It was, but because I have always had this motherly love for them, I had to stop with the mindset that it was just a pause and I would continue at some point.

“So while I paused my education into the university, I had other educations. I wasn’t idle. I went for a training at Opera Benson Beauty Training Institute, where I did a training in cosmetology and beauty therapy. After the training, I worked with her for a year.

“But that was not what I wanted. My interest has always been in fashion. I discovered this while growing up, I would draw different designs of clothes, or adjust or re-sew the clothes of friends and people around me who were willing to allow me to do that with just a needle and thread because I had no sewing machine.

“So, after I left Opera’s, I went for a training in fashion. The training had different classes. They were people who were learning how to make tops, skirts, trousers and other things. But before I left my class and moved into the next class, I was able to learn everything. How? After my study everyday, I stayed back to help other classes and that was it.”

When asked about the challenges she went through, she says, “Challenges must come. In life there is nothing you do that [doesn’t] have challenges. It wasn’t a rosy ride. Even while I was undergoing the training, I had issues with finance. But thank God, I was able to finish,”

“After the training, I wanted to start up my clothing line. But I had no money to rent a shop, buy materials or even to get a sewing machine. Even when I eventually got a shop, I stayed home for three months because I was scared. The fear of not knowing where to start from… I didn’t have anyone to [be my patron].

“One thing I realize is that once you are a child of God and you seek his face, he makes a way where there seems to be no way. So, I sought his face and he said go and start no matter what. I was gifted a sewing machine by my uncle who sells them in Lagos when I was undergoing the training. As God would have it, the first week I opened my shop, somebody walked in and that was it. And God has been faithful.

“My relationship with God is like a father-daughter relationship. It is so intact. He knows me; I know him. He loves me; I love him, too. There’s nothing I do without talking to him. I fail him sometimes in studying my Bible. But I know by his grace that I am still standing because he kept me. I live by this scripture Hebrews 11:1: ‘Faith is the substance of things hoped for, the evidence of things not things not seen.’

“I am more of a music person, and I listen to them when I’m down. This particular song […] says ‘Ishe Oluwa Ko Le Baje’ (‘The works of God won’t be destroyed’). The lyrics of the song [are] a message to me. It reminds me that affliction shall not rise a second time.”

When considering how she copes with the dual responsibilities of her fashion career and home life with her children, she notes that, “One factor that has been of help is the rule of not bringing work home. I used to [do] that, but it started affecting my health because I would work until late into the night without rest,”

In balancing her many responsibilities, her faith has been key. She says, “Whatever bold step anyone wants to take, [he or she] has to seek God’s face first. Know what he has to say before doing anything. You have to be convinced in your heart that you should go ahead,”

“I remember when I got married to my husband, we had nothing in the house, just our bed. The first television we bought was gotten through a joint contribution by I and my husband [sic]. After our day at work we would save up the little we can in a kolo (saving box) until we were able to buy it. So it has not always been as it is now. […] God said, ‘Seek ye first the Kingdom of God and his righteousness and every other thing shall be added onto you.’”

Mrs. Akinniran has learned patience in her journey to this fashion career. Ever since she was a child, she says, “I always had this thought in my mind that I was never going to work for anyone. And then my fashion sense came into life. […] Even while I paused my education, I didn’t learn under just anybody, I went to a school,”

Mrs. Akinniran said she “wants to be the first to reckon with in the fashion world.” Her goals go beyond the material, she wants to leave positive impacts on the lives she touches through her work.

“A lot of people are in the business because of just the money and not the feeling of fulfillment that comes with it,” she says. “After making a dress, your client loves it and recommends you to other people. I want to affect lives through what I do positively,” she said.

Her goal is to soon establish a fashion school, and to further her own education. She notes that it is never too late to start, and that her current role makes continuing education even more important. “Especially now that our company is growing and since I’m one of the directors,” she says, “there are things I need to study and learn. The world rotates everyday, which means it keeps changing.”

While she put her classes on hold for motherhood, she does not regret her decision to stop school then. However, she is determined to resume her education. “Even though I am an intelligent person, there are still things I need to learn about and how to do.” 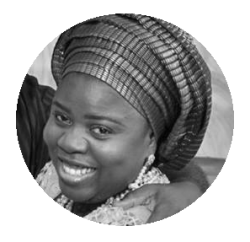 Oluwatoyin Akinniran is the owner and founder of her own clothing line Xclusively Yours Designs (XYD) based in Lagos, Nigeria. The mother of three dropped out college to support her family, later to pursue her dream as a fashion designer. The Nigerian local is still running her fashion company and looking to expand towards greater areas in Africa.