In the eyes of a punk: the non-existing perspective within 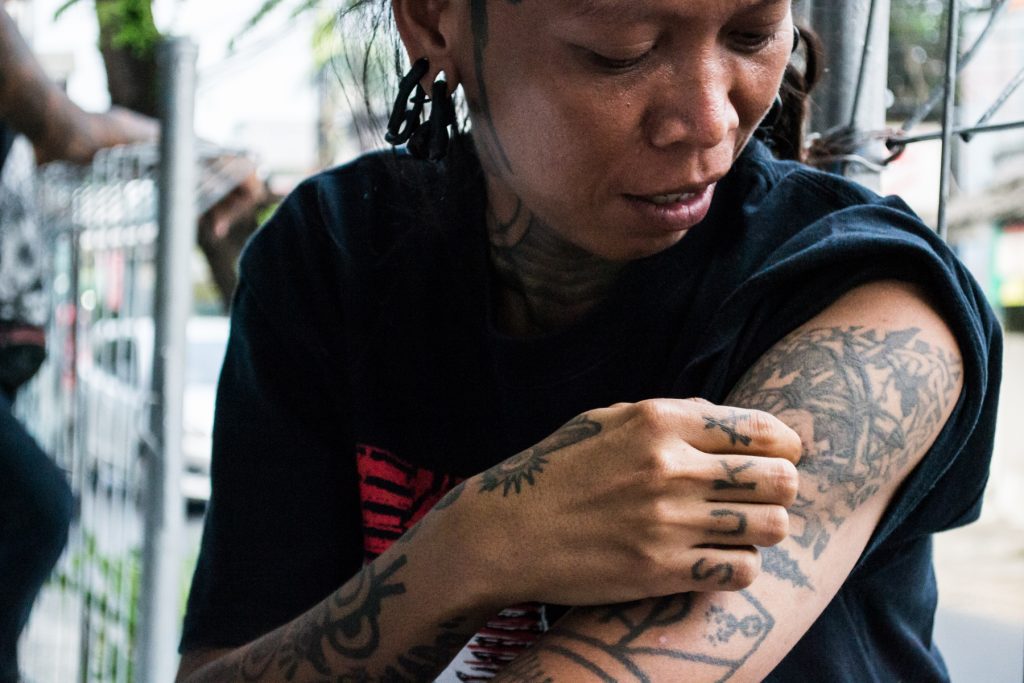 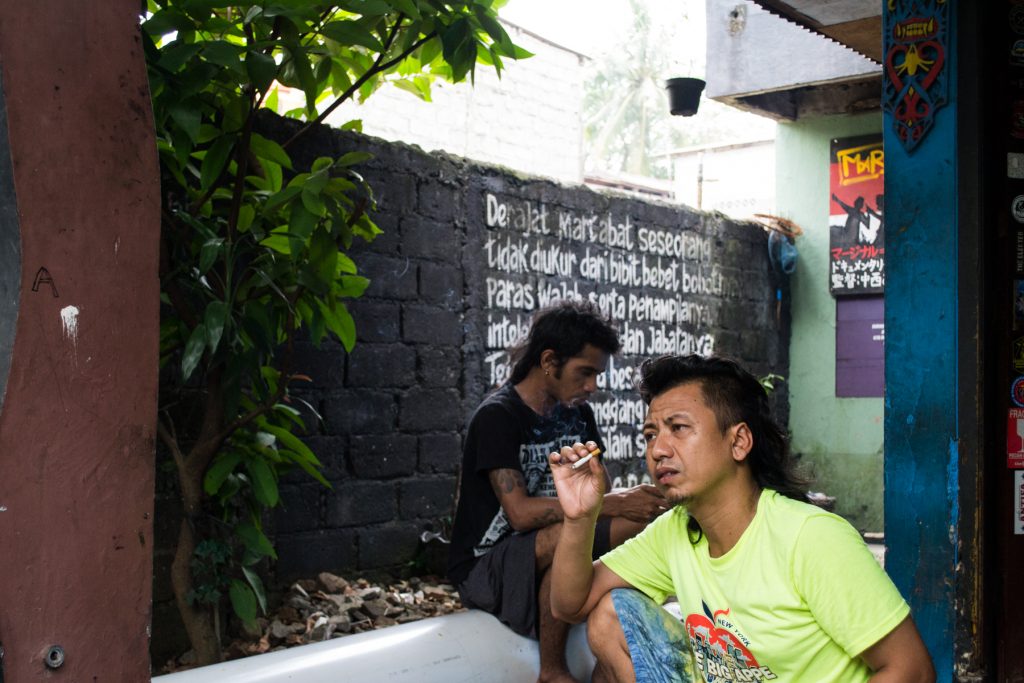 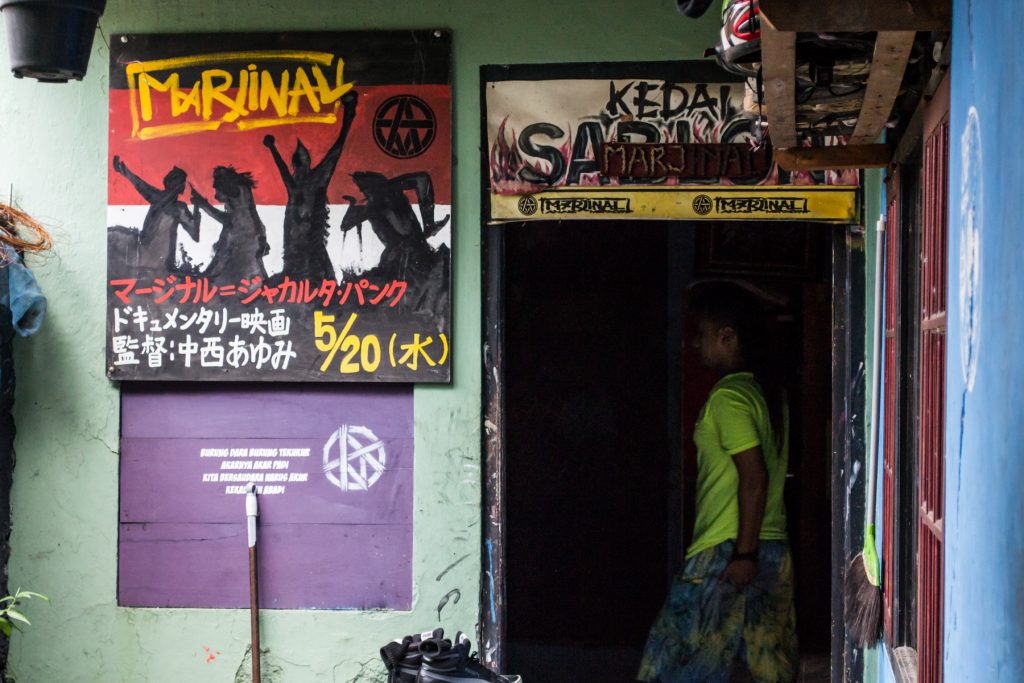 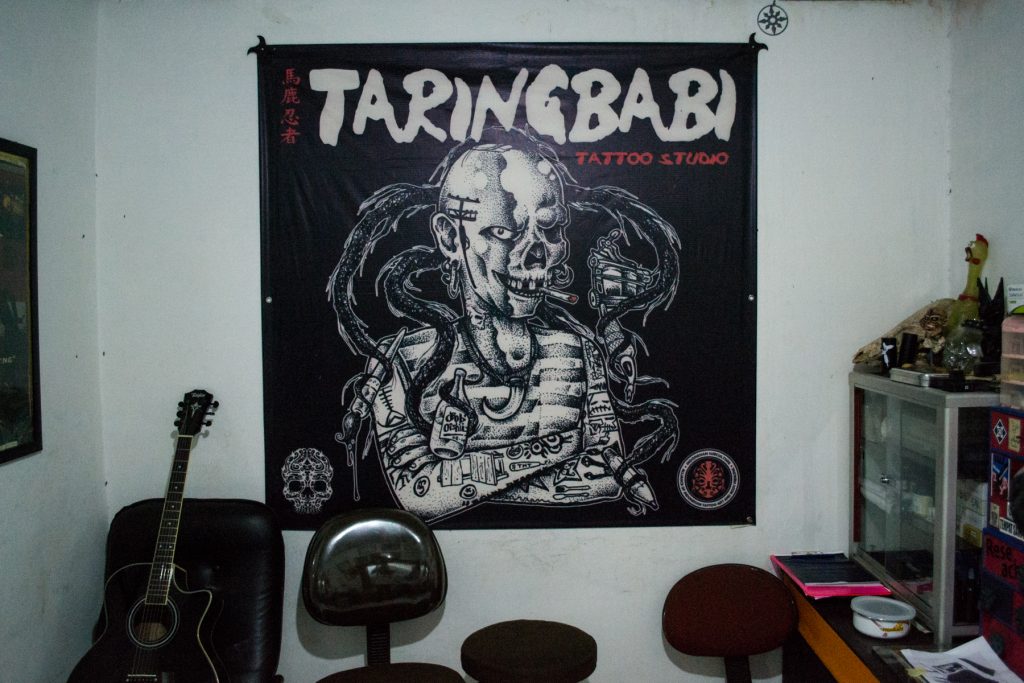 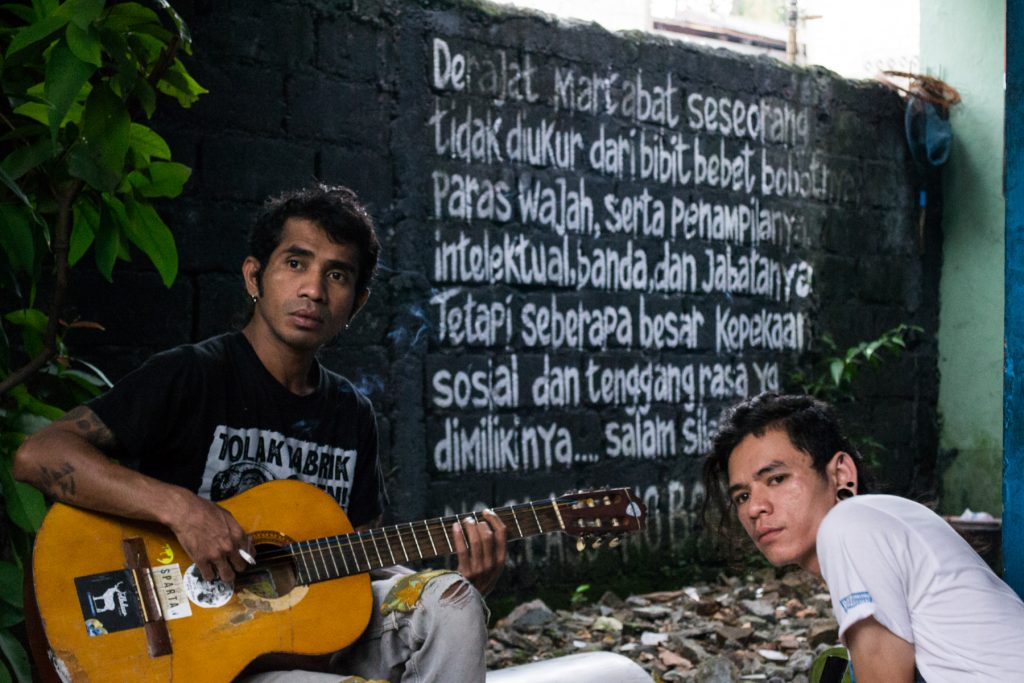 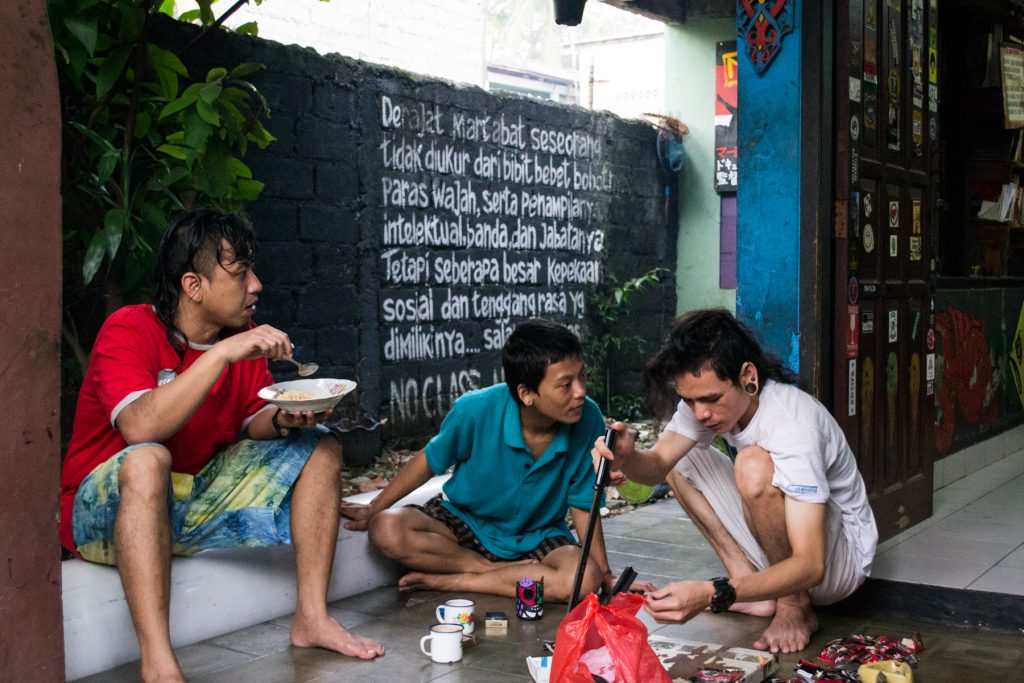 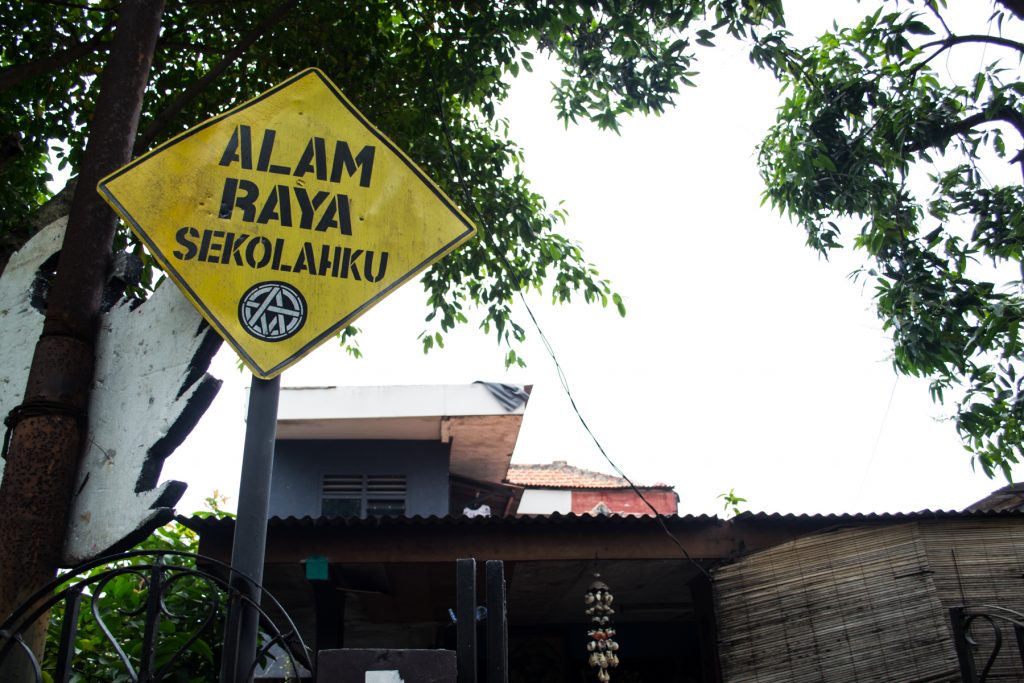 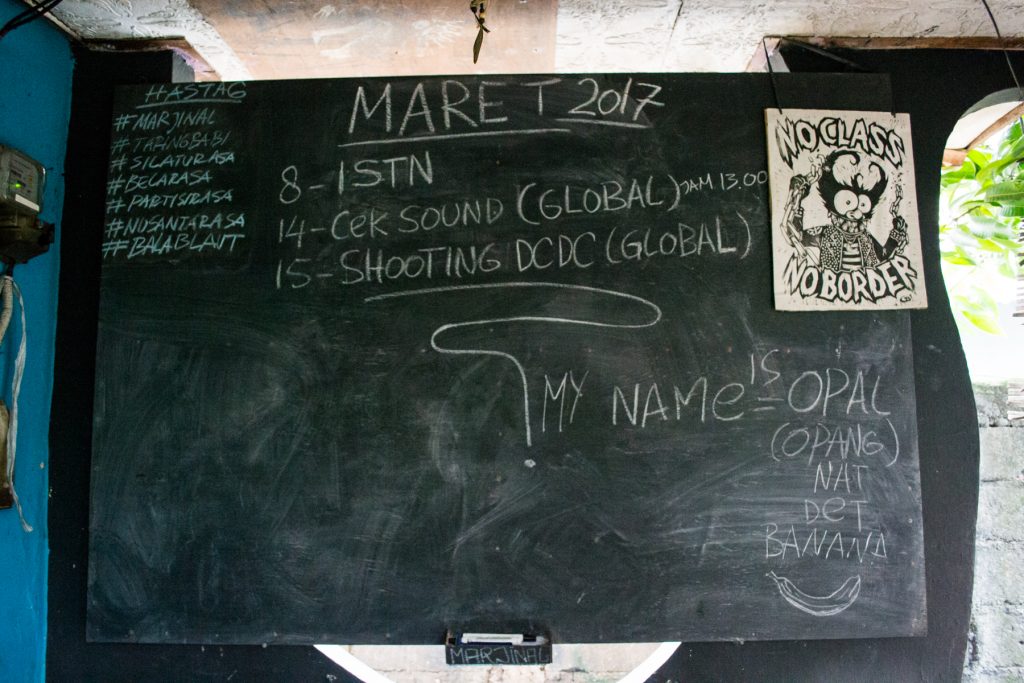 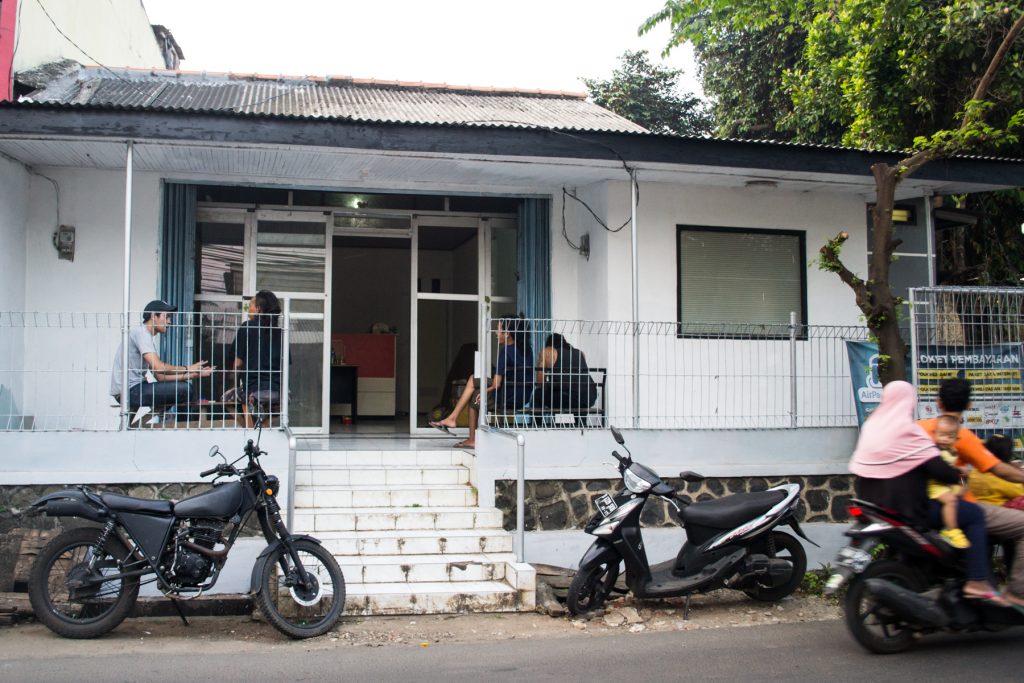 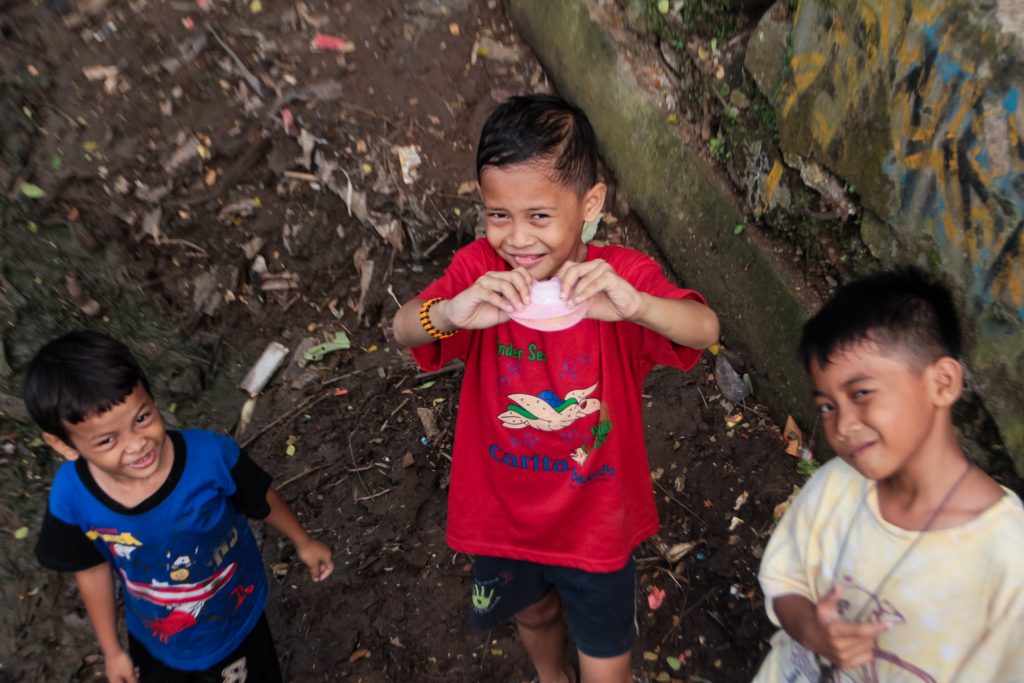 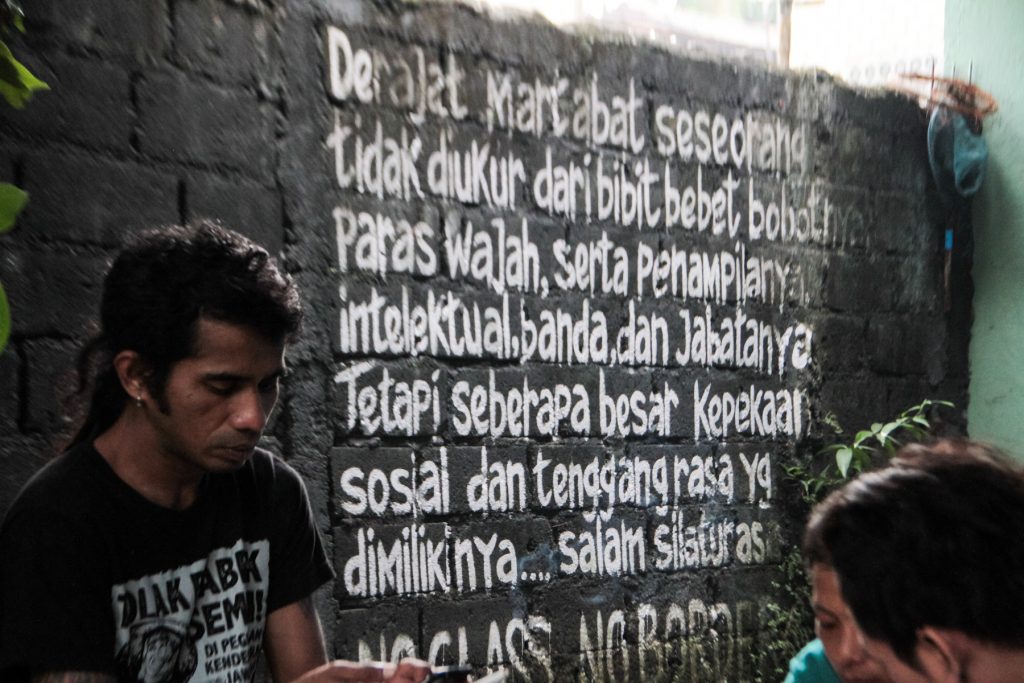 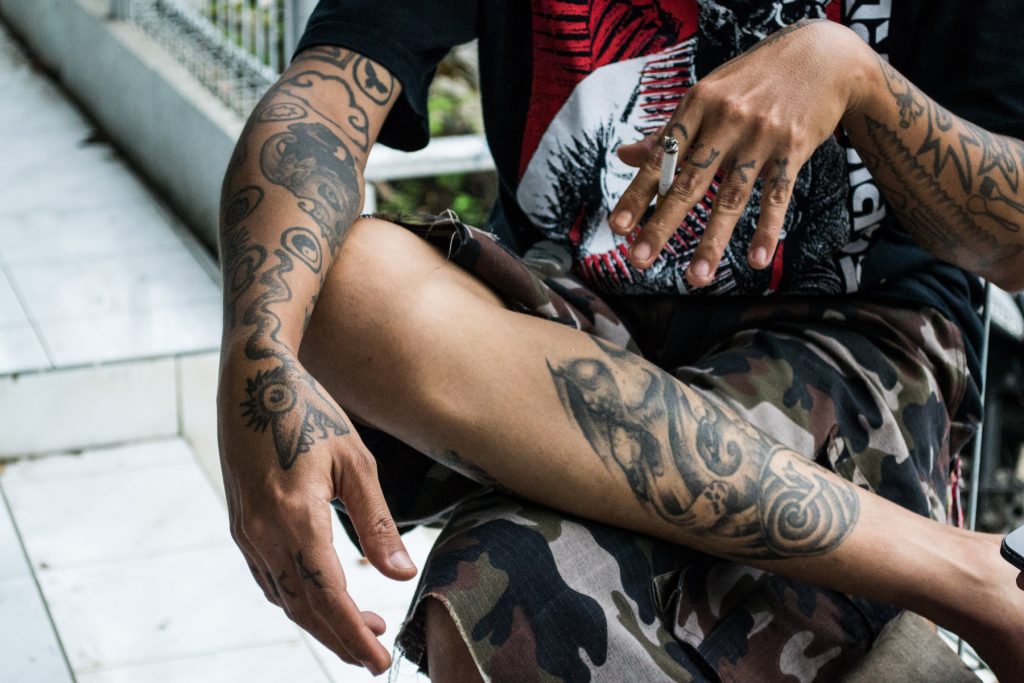 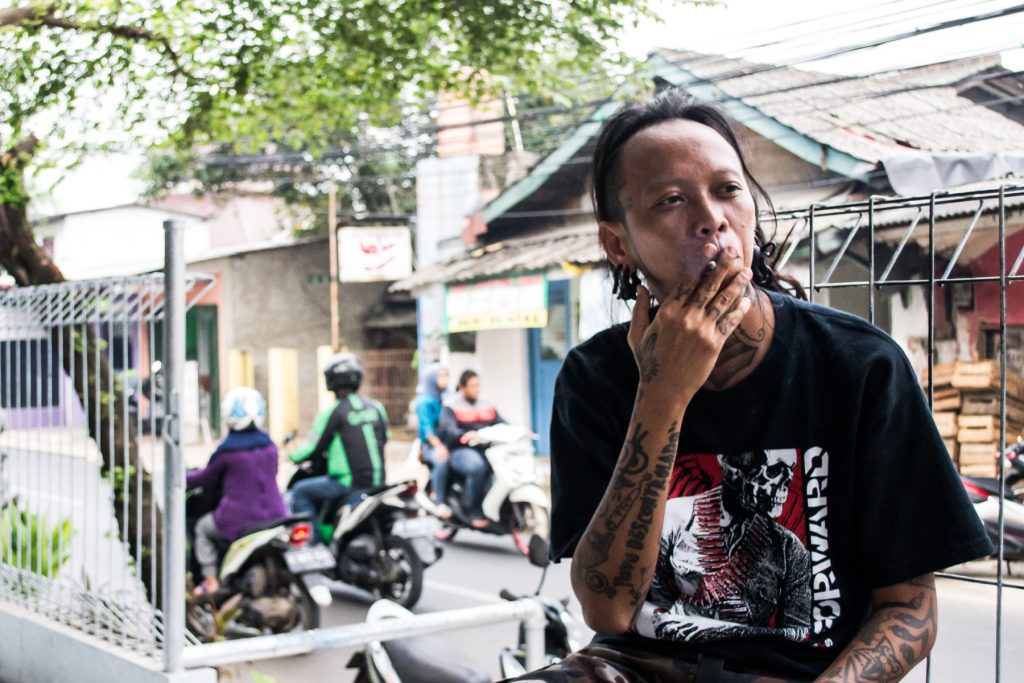 In the eyes of a punk: the non-existing perspective within

An Indonesian-born musician, tattoo artist, and social-learner, often perceived in public as a “punk”, tells his stories on why becoming a punk is as easy as planting a seed on soil. 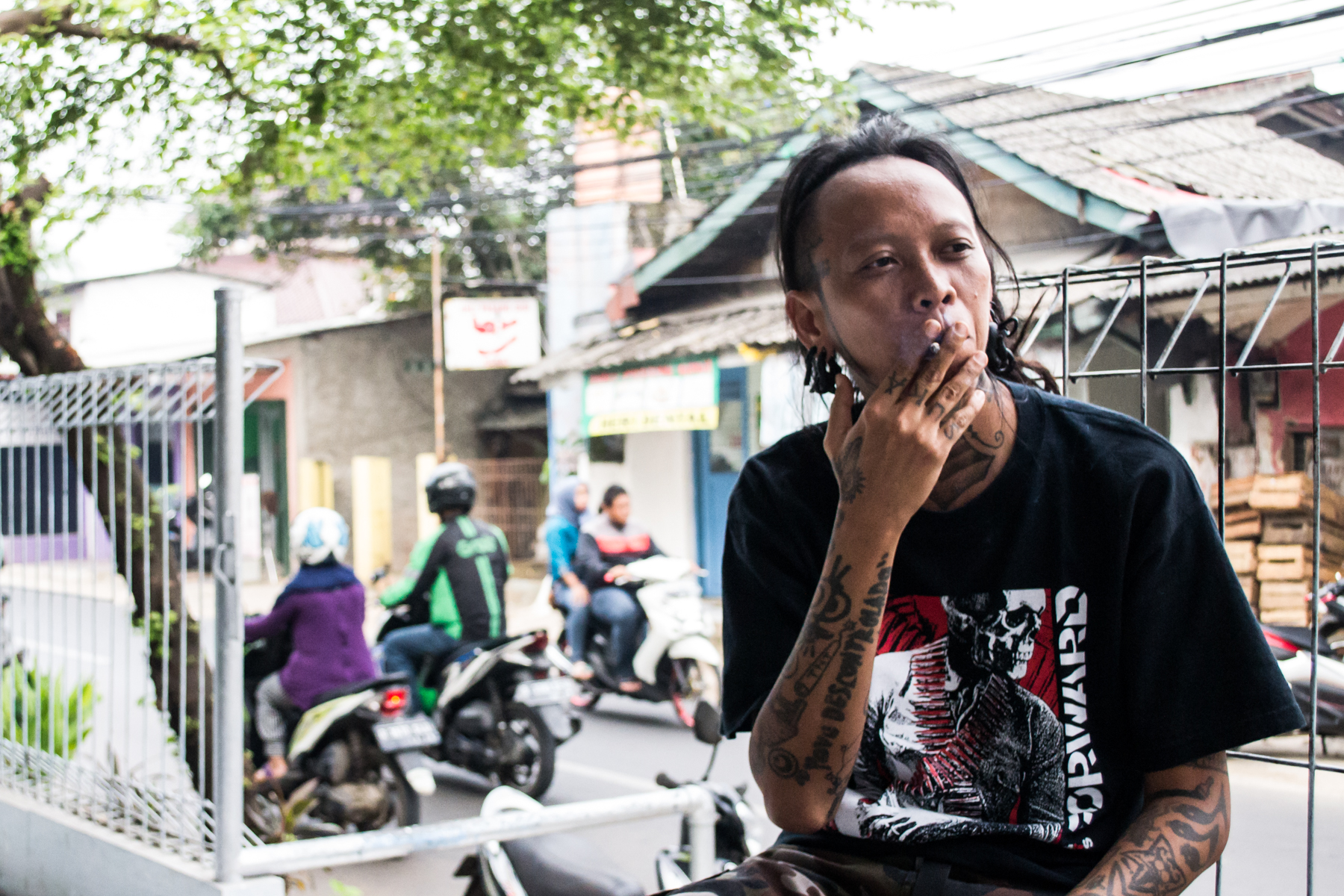 “You want to be a punk? It’s easy. Change your hairstyle to Mohawk, dress all-black head to toe, put on tattoos and piercings, wear boots. Now you’re a punk. Yeah, that would be just another criminal with bad fashion style. Punk is nothing like that. Punk is how you make your life useful for everyone. That’s the real punk.”

The worst part of the development of media and technology is always the questionable truth of its vast spreading paradigm. One of the very popular false perspectives is directed towards the so-called “punks” — specifically in Indonesia, punks do not have a proper place in most of people’s heads. Yet.

It is by the name of Bobby Firman Adam who founded a shelter for people who shared the same spirit as he does in the way of punk would act. This community that he and his couple of friends founded soon be known with the name of Komunitas Taring Babi. 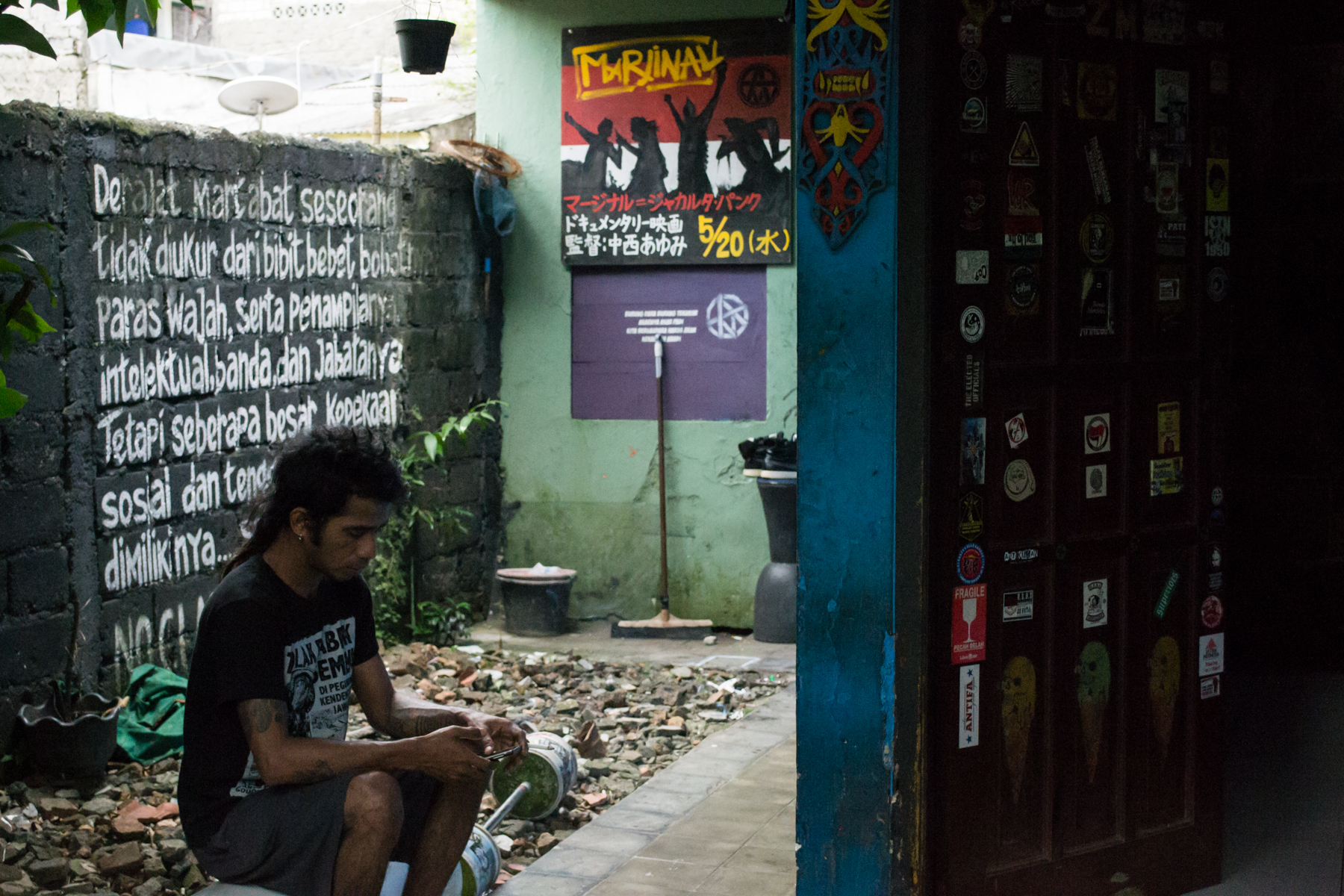 Try to Google Translate that. Yes, it literally means “boar’s tusk”. The word came from an actual wild boar that has sharp tusks.

Taring Babi is the name of a punk community based in Serengseng Sawah, Depok; located in the big area of Jabodetabek of Indonesia. Established since December 22, 1996, this community fights against discrimination and inequality that had been happening since that year. They are fighting through any media which their voices could be heard; t-shirts, posters, banners, woodcut-printed poster, and music.

Having a rented house containing punks placed between local citizens houses on a suburb village, their very first encounter with locals have been rough, as he continued.

“We were questioned with questions like, ‘What is your purpose here? Why do you come here instead?’ They questioned the previous householder on why she rented her house to us. The locals even held a secret meeting in the village’s Mosque, then brought the results to us in an open discussion with local people. We then told that we were allowed to stay here as long as we can prove that our goals living here are all having positive impacts towards the society.”

Om Bob — or in English it literally means Uncle Bob — explained that they came to learn from the society; not the other way around.

“We came here to learn from them, not to teach them our lifestyle or ideology. We came here to improve ourselves on what can we do for this nation. It is the important aspect of being a punk, though. Having freedom and living with principles that come along to give the best for Indonesia,” he said.

Perspective on punks being negatively labeled 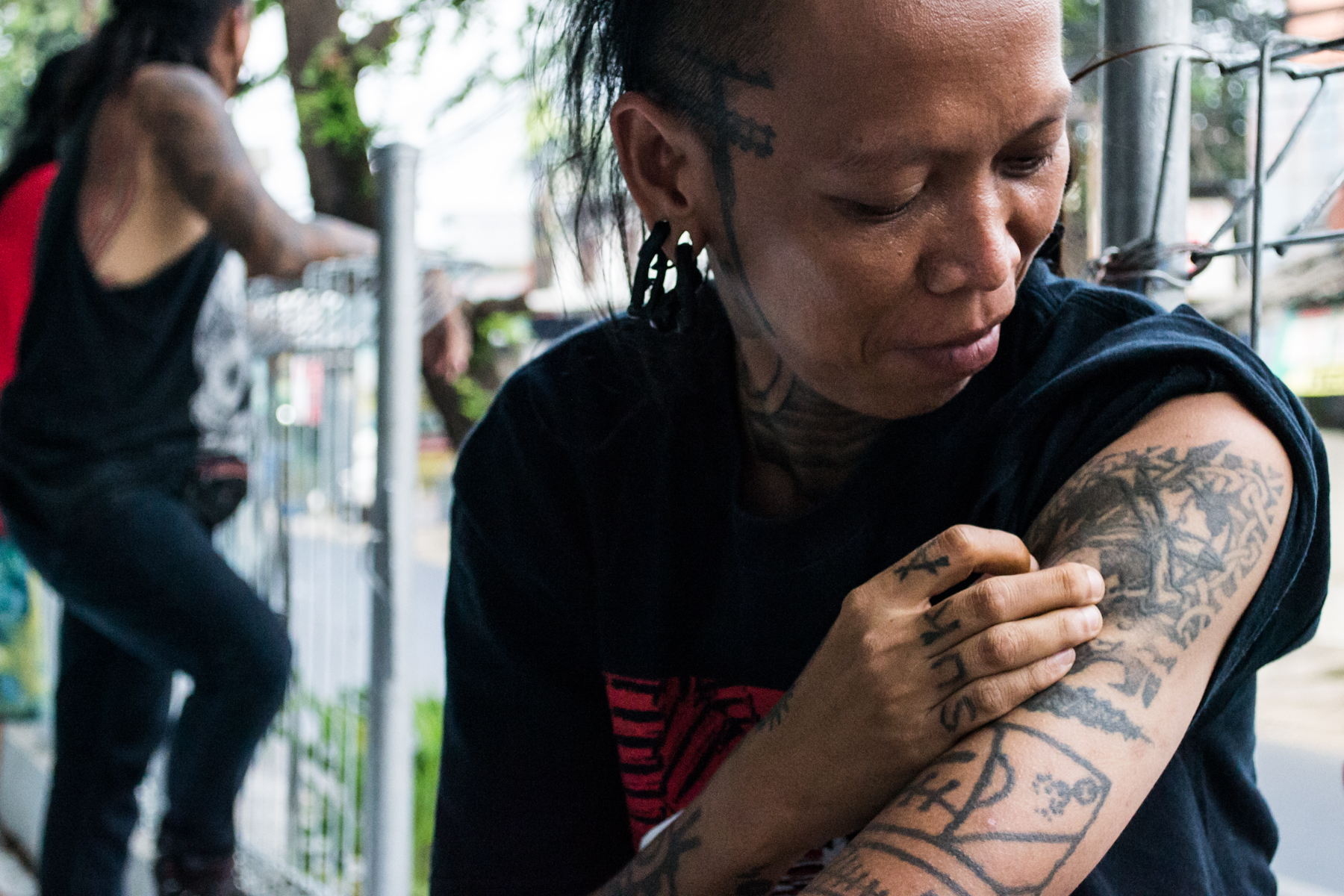 The community aims to break the stereotypes of “punks”

“Oh, we can not change that. We can’t insist someone to like us. We can’t make someone to have the same point of view as we do. That is every human right to have different perspectives. What we can actually do is talk less, do more. Let the work speaks for itself.”

Bob and his friends from Komunitas Taring Babi create art regularly. They produce music, t-shirts, woodcut-printed posters, and other forms of art. When it comes to music, he alongside with his four friends came with the name of Marjinal. Marjinal has released eight albums, including their newest release called Anti Facist and Racist Action.

“Because Taring Babi’s birthday is on December 22, it accidentally shares the same date with Mother’s Day, thus, every Mother’s Day we create a fun event on our house collaborating with local mothers. Usually, we’re doing cooking competitions and play music and sing songs together with the local kids,” he said 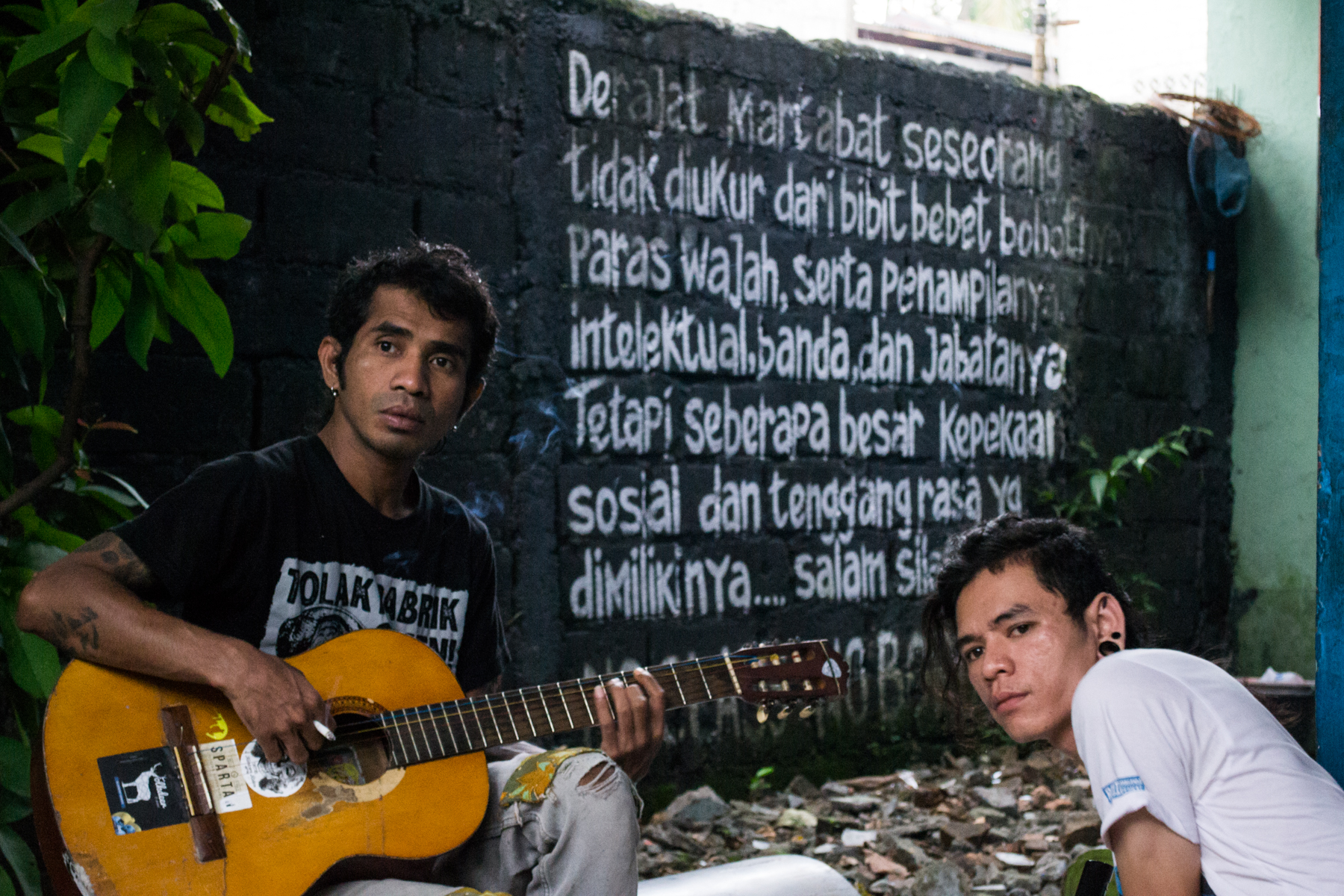 The community creates different forms of art — such as T-shirts, posters, and music

“Sometimes, but quite often, we have a couple of friends from abroad visiting this house. There are those from Germany and from Japan. They came here because they said they are interested in the culture of punk and our nation. They said it is different with punks in their countries,” Bob said.

“They were interested in us, so they invited us to play in Germany. It was an unforgettable trip. Also, another friend from Japan invited us to do our own headlining tour in Japan, twice. This is also why every time we release an album through Marjinal, we release them in three versions; Indonesian, English, and Japanese.”

Bob continued that punk is not a fix culture; it’s a sub-culture that should follow each country’s primary culture. That is why, he said, reasons to fight for justice was different in each country.

“You can’t say that I’m punk because I’m dressed up like this. Dressing up is not punk. The only difference between punks in Germany, Japan, Indonesia, and any other country is the reason to fight — the reason to contribute to society. We were oppressed by authoritarian regime back then in 1996. And now, we are oppressed by the greed of those with power,” he said.

Om Bob and his final statement 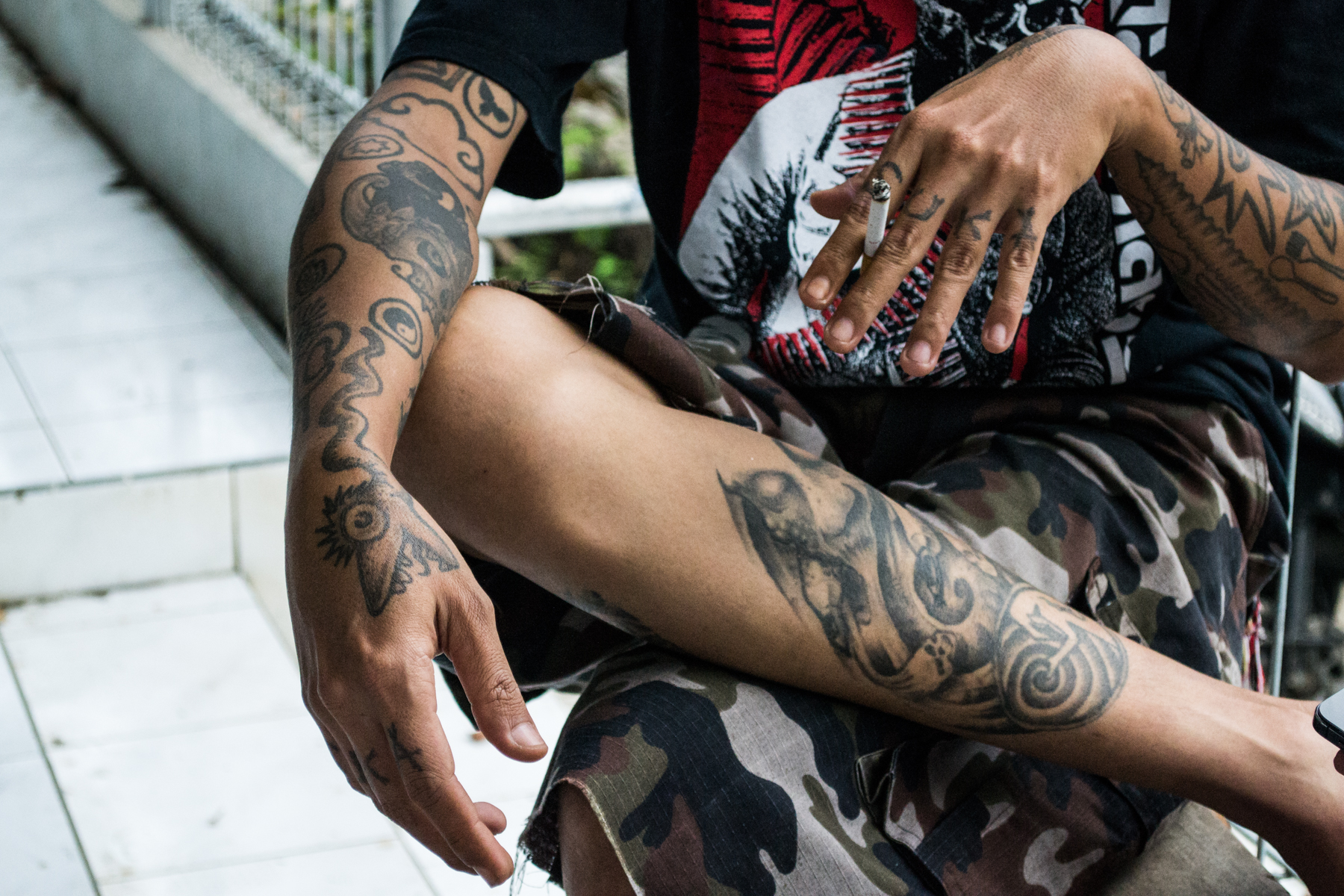 Om Bob believes in creating a positive impact for his society

While we were having this conversation — not on Taring Babi’s basecamp but on their soon-to-be launched official merchandise store that would sell all of their artworks — he puffed his cigarette as he drank an ice tea. Turns out it was a perfect combination.

Then, he showed us his first tattoo — something very meaningful for him.

“Being a punk is easy. Dress up like one. You’re now a punk but, you’re trash. Punk is not trash. Always learn from anyone. Be yourself. Be free. Be positive. Give back to the society. I think I wouldn’t consider myself a punk; I’m just an eccentric guy doing what’s best for society.” 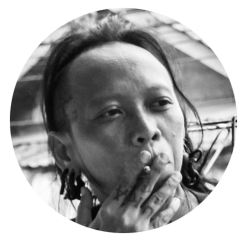 Bobby Firman Adam is the founder of a punk community based in Depok, Indonesia called Taring Babi (Boar’s Tusk). Founded in 1996, this community aims to create a positive impact towards their society — hoping to spread change and break the stigma of the so-called “punk people.” Taring Babi creates various art, including t-shirts, posters, and even their own music album — Marjinal, which is popular in Indonesia, Japan, and Germany.

To show your support, feel free to check out their Facebook.