The path to creating change: an Iraqi, one country, and a big idea 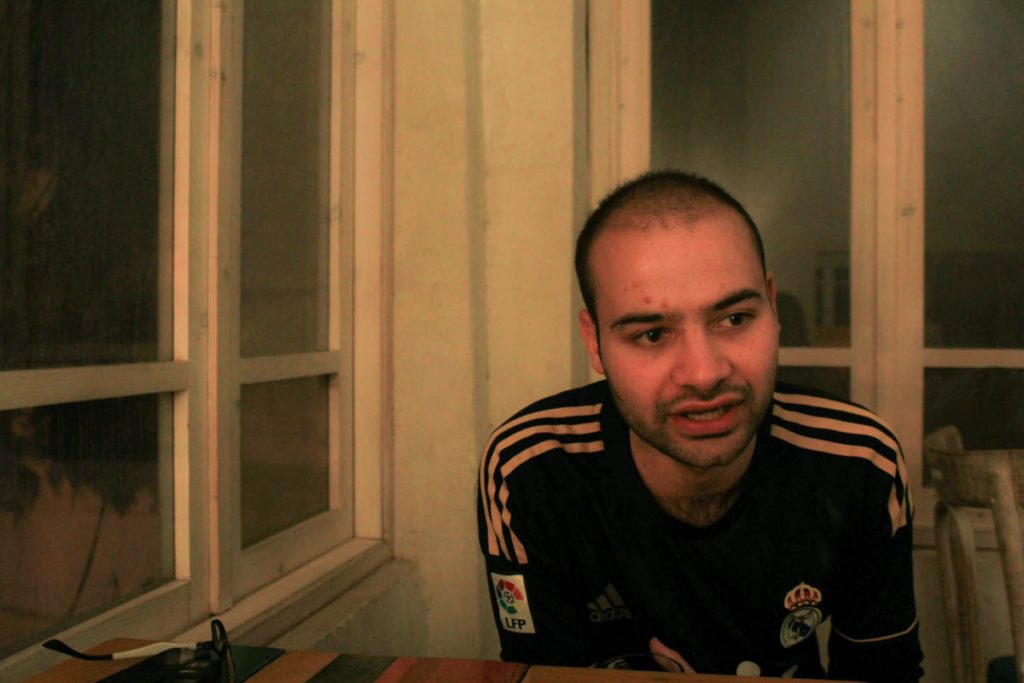 The path to creating change: an Iraqi, one country, and a big idea

“Since I was a kid, I had this dream I wanted to change the world and let’s just say I’m very passionate about change.” 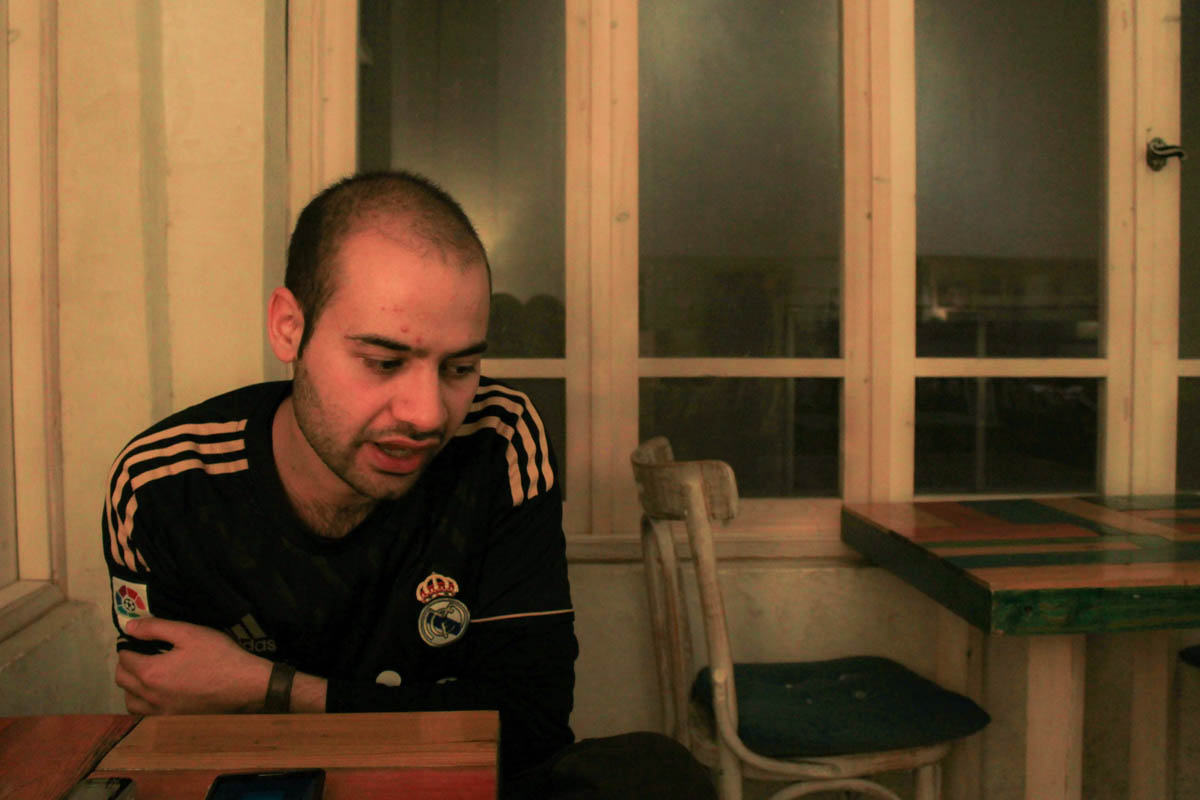 One Iraqi is trying to create change by connecting cultures and understanding among mindsets. An activist, innovator, and social entrepreneur is looking to make an impactful mark in the world from his own projects.

“Since I was a kid, I had this dream I wanted to change the world and let’s just say I’m very passionate about change,” Abdullah said.

Abdullah Basim Al Qayyim is the founder of an Arabic language exchange program Lingobox and an online platform to reshape Iraqi stereotypes For Iraq.

“I have two projects, one is called Lingobox, it’s a project that connects locals and expats in Jordan for language and cultural exchange and the other one is For Iraq,” he said.

“We’re trying to change the image about Iraq — which is related to war, refugees, and immigration — by highlighting successful and talented Iraqis from all over the world.”

Abdullah said he would like to improve connections among cultures in the hopes of creating a more peaceful society. 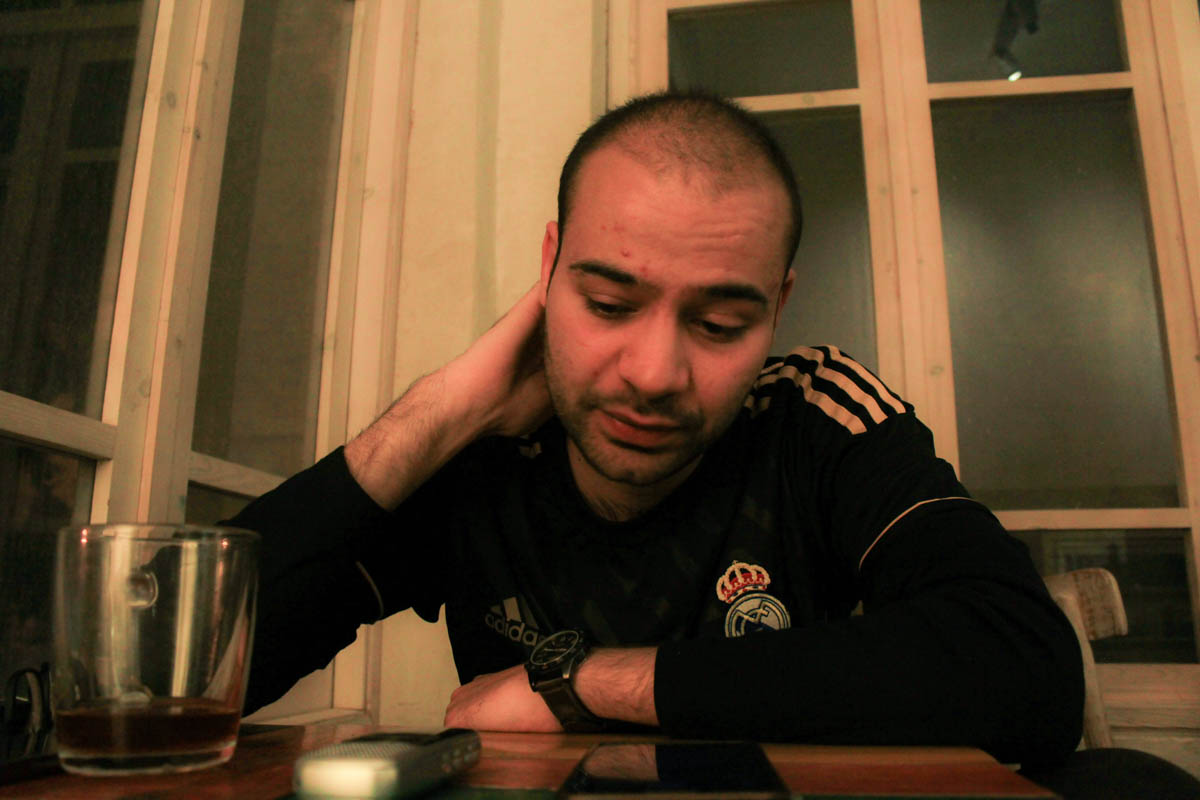 “People are not thinking of how much everything is screwed up now.”

“People are not thinking of how much everything is screwed up now.”

“Lingobox — the cultural exchange platform in Jordan — it’s because I’m also passionate about connecting people and languages and I used to work in volunteer a lot with Arabic programs in Amman,” he added.

“There were a lot of expats who come here to study Arabic and let’s just say I found this problem about expats struggling to immerse themselves in Jordan and a lot of expats they have their own bubbles and I really don’t like that because I feel if you travel and go somewhere you need to immerse yourself in the society and culture.

“You have to meet other people, you have to learn the language, do the traditional things that people in that country do.”

The social entrepreneur also stated his reason for the creation of For Iraq.

Iraq has been engulfed in war between neighboring countries since 1980. Starting with the Iraq-Iran war until the US invasion in 2003. The constant wars have caused many Iraqis to flee their country and take refugee status, including in Jordan.

“For Iraq, as an Iraqi living in Jordan, usually if you tell people in Jordan you’re Iraqi, they usually think that you’re rich, they own a lot of cars, because they have this stereotype amongst Jordanians — especially the younger generation — that  they’re rich,” he said.

“If we’re talking about European, Americans — the western community — a lot of the people they either don’t know much about Iraq or they just know it as a place full of war and a lot of refugees everywhere.

“There are so many Iraqis doing amazing things everywhere and the ones who did amazing stuff before, the influencers, is not the common image they have about Iraqis.

“The media has misled a lot of this, so it’s pretty much for Iraqis, an online media project that we’re trying to do by creating creative contents like an online website in trying to change this image.” 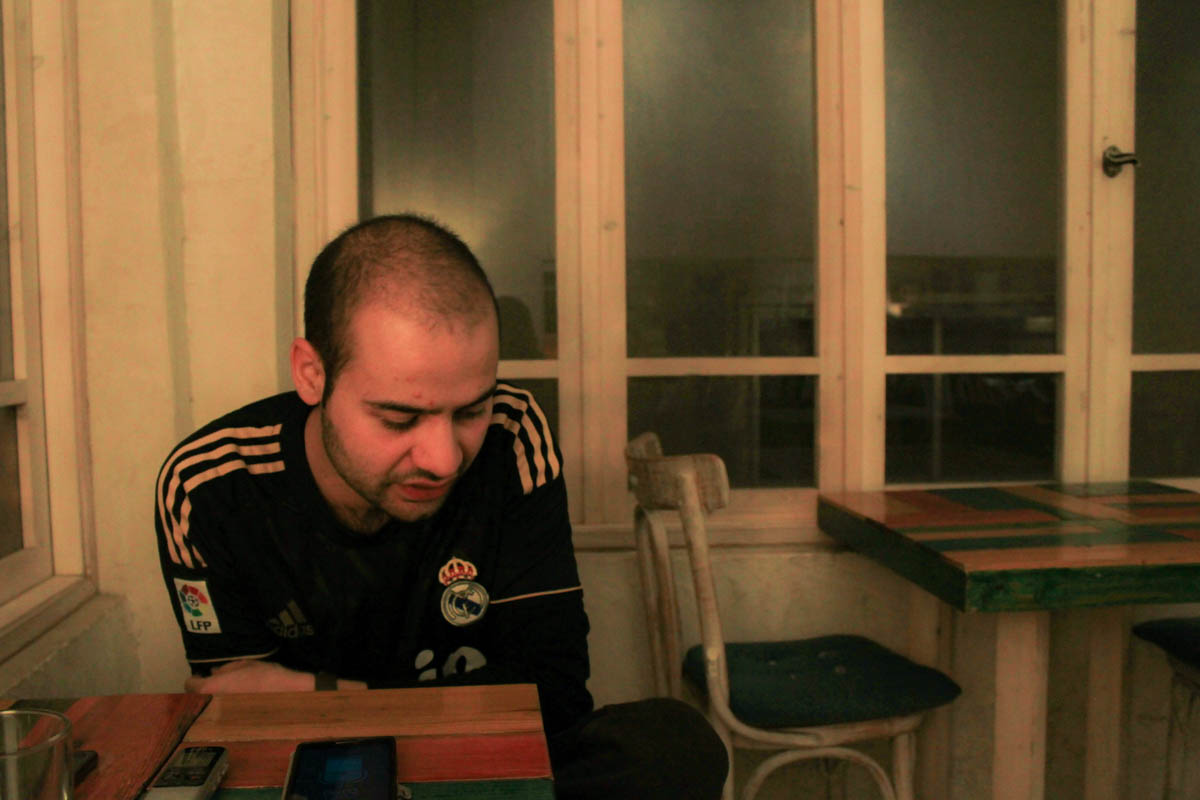 “Definitely, there’s been a lot of hard times and challenges, but I guess I would just say the biggest challenge is just not giving up.”

Abdullah said he wanted to see both his projects progress more rapidly and wished he could have been braver to start the projects at an earlier rate.

“Lingobox, I found it a year ago — I had the idea four years ago,” he said.

“This was something I was very scared about and I was hesitant to find my own thing, I wasn’t confident of myself to start an enterprise.

“It wasn’t just me because people in general they’re always afraid of what people think, afraid of failing and losing and I think if I founded Lingobox about three years ago, it would have been much better than it was now.

“So it’s something I regret a lot and I’m trying to tell people this, if they have an idea, please just do it, because you’re going to regret it so much because it’s very simple and very easy, you just don’t need to give a shit about what people think and just do it.” 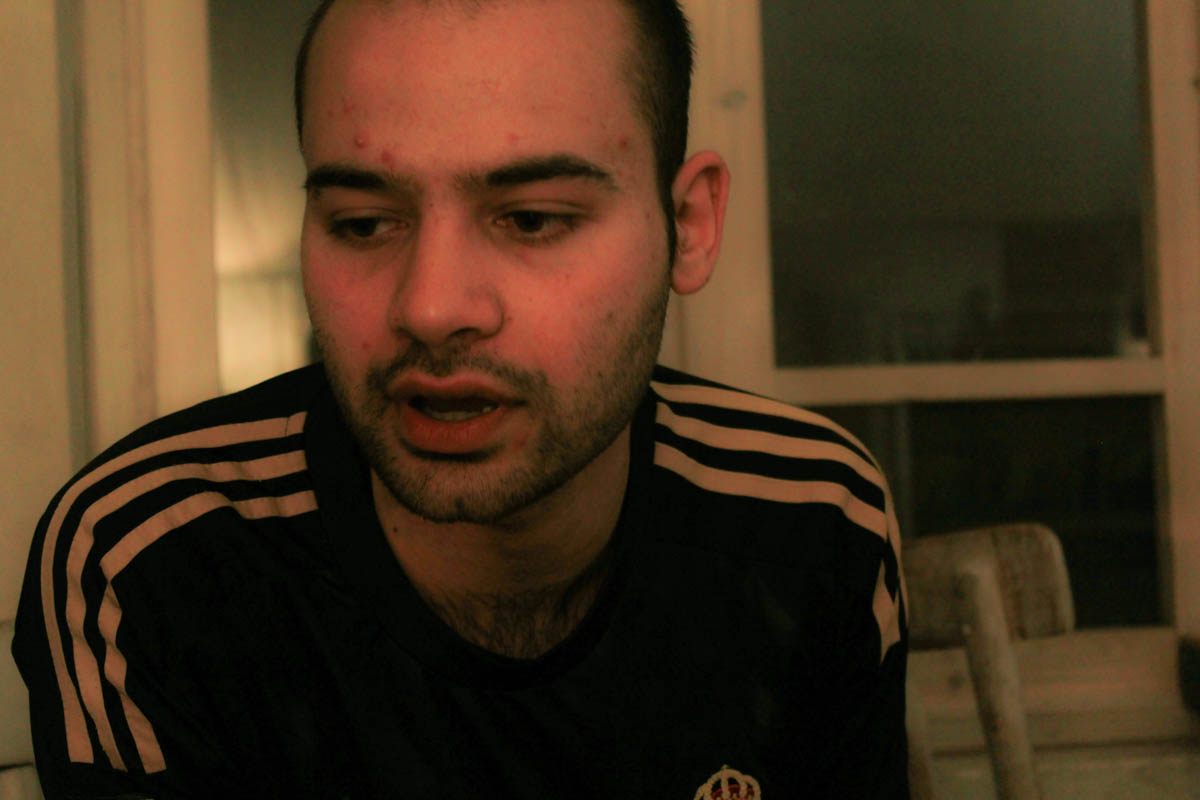 “Alhamdulillah it’s been giving a good impact — maybe not as I want — I definitely expected some things to go much faster but it’s not bad at all.”

He does however, see an improvement in both projects and hoped for the best.

“Linggo Box is going slow but For Iraq is expanding,” he said.

“In the beginning we only had a few objectives  — which was fine — but now everyday we have a new goal and new objective.

“Then you start to discover that you’re doing an indirect impact in a good way and in another way that you don’t know and now I’m trying to create a large network of volunteers everywhere.

“Alhamdulillah it’s been giving a good impact — maybe not as I want — I definitely expected some things to go much faster but it’s not bad at all.”

Despite the positivity, Abdullah also felt many challenges with the projects and within his life.

“Definitely, there’s been a lot of hard times and challenges, but I guess I would just say the biggest challenge is just not giving up,” he said.

“Like a lot of times I just like to say ‘fuck this and I should do something else,’ so it’s just following up and keeping up with your energy.

“For me, I want to change the world, it’s big to say that, but I think I really want to leave my mark on the world, to do something with a very big impact.” 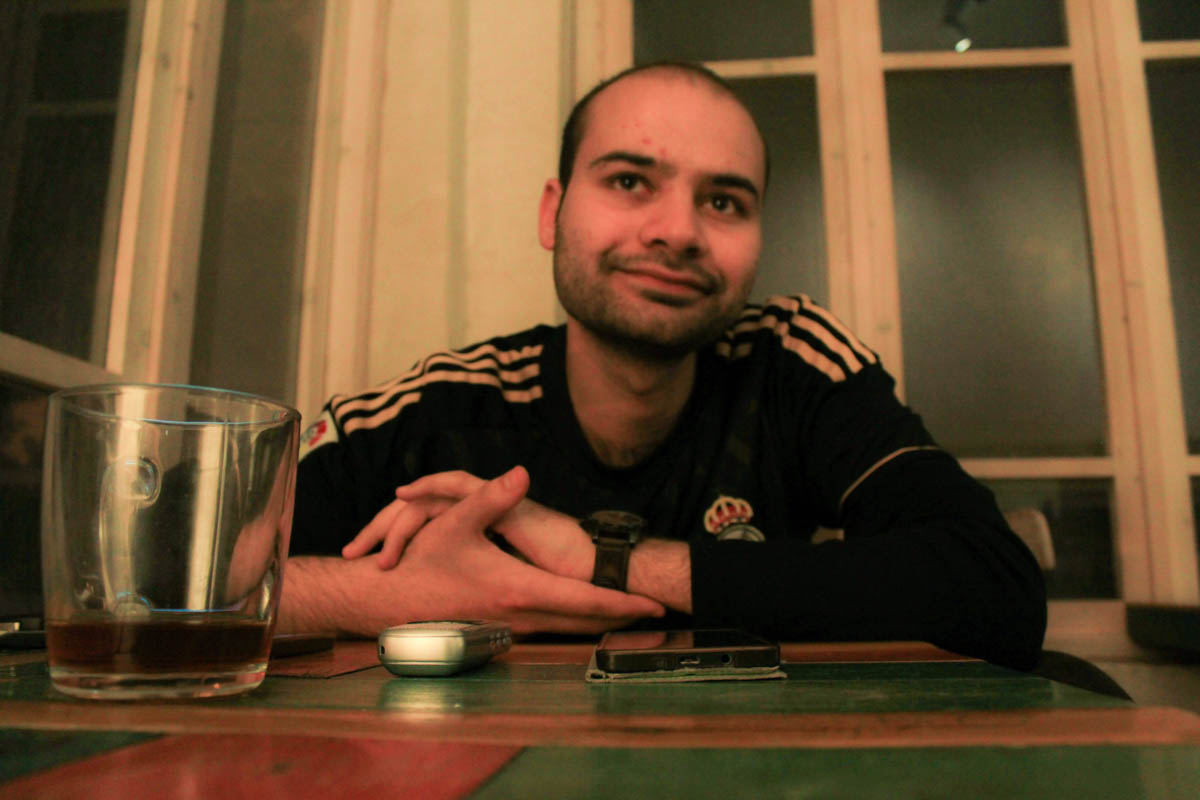 “For me, I want to change the world, it’s big to say that, but I think I really want to leave my mark on the world, to do something with a very big impact.”

The Iraqi born Jordanian local is currently continuing his efforts  to create change and hoped great results for upcoming endeavours.

“For me, I want to change the world, it’s big to say that, but I think I really want to leave my mark on the world, to do something with a very big impact,” he said.

“Maybe a more practical term is I want to be a successful social entrepreneur and social innovator and for my projects, Lingobox, the big picture is to expand outside Jordan in any Arab country where there are many foreigners coming in to study Arabic or work in NGOs.

“As for For Iraq, it would be changing the whole image of Iraqis by making creative content  — almost everywhere.”

“When I first started the project, Trump did the ban on Iraq as one of the countries for his Muslim ban, so we had this video which reached more than 1.5 million people without paid advertising — it went viral organically,” he added.

“I think if we get the resources and support from a lot of people I think we can reach the same kind of creative video to Trump so he can see we’re not just about what he thinks.”

Determined to create real change, Abdullah encouraged people to not give up and fight for what they believed in.

“Don’t give up and I think everybody just needs to think big,” he said. “Whatever you’re doing, wherever you are you need to think big.

“You need to think very big and it’ just so simple. Maybe two years ago I would have never thought I would have reached my level now, but it’s so simple.

“You just need a lot of hard work and don’t give up. I think that’s what I’m saying, everybody just needs to think big and it’s a lot easier than you think and at the same time, a lot harder.

“Just keep doing what you’re doing and not give a fuck and do your best.” 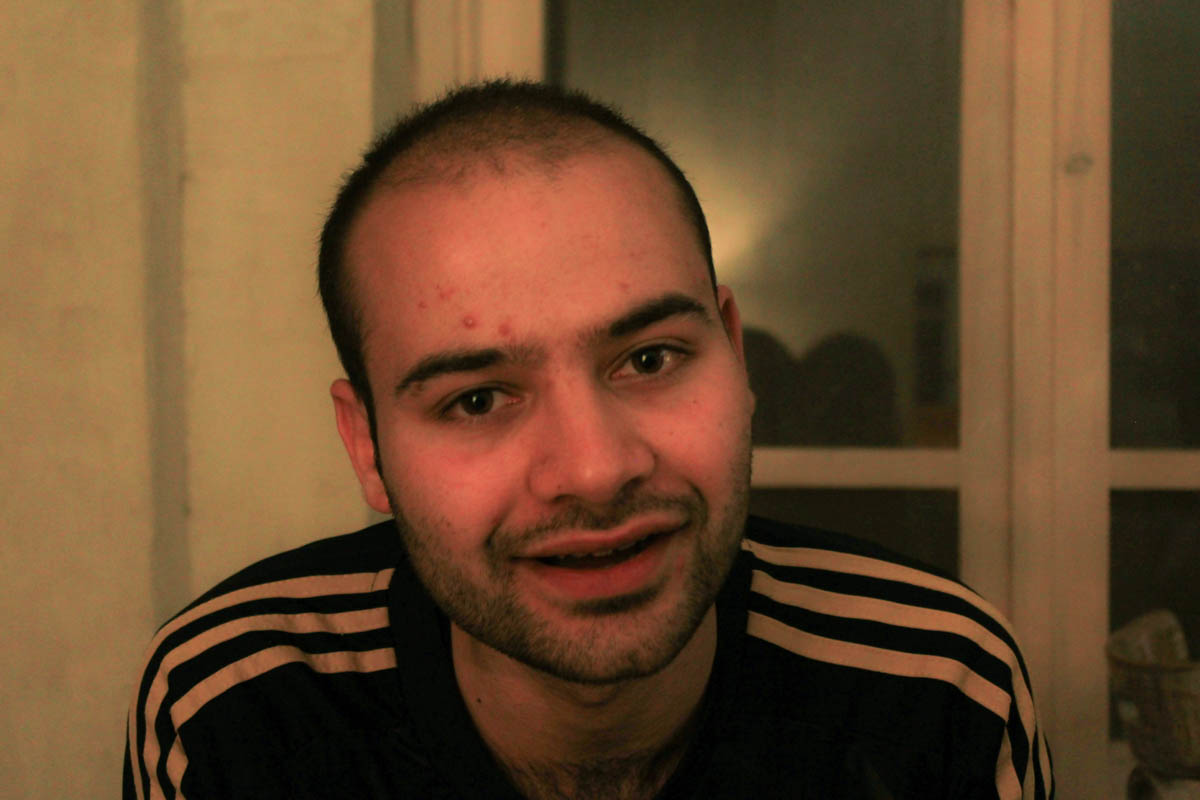 “Don’t give up and I think everybody just needs to think big.” 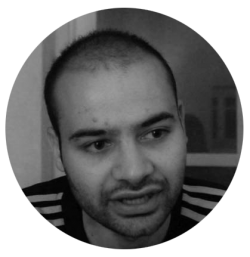 Abdullah Al Qayyim is an Iraqi-born social entrepreneur with two current projects — Lingobox and For Iraq — aiming to create an impact and change for the community. With trying to immerse expats into the Jordanian community and break the stereotypes of Iraqis, the social innovator looks to create a more culturally understanding world. To show your support check out Ligobox’s Facebook page and For Iraq’s Facebook page or the Lingobox website and For Iraq website.