Jordan in the eyes of a stranger 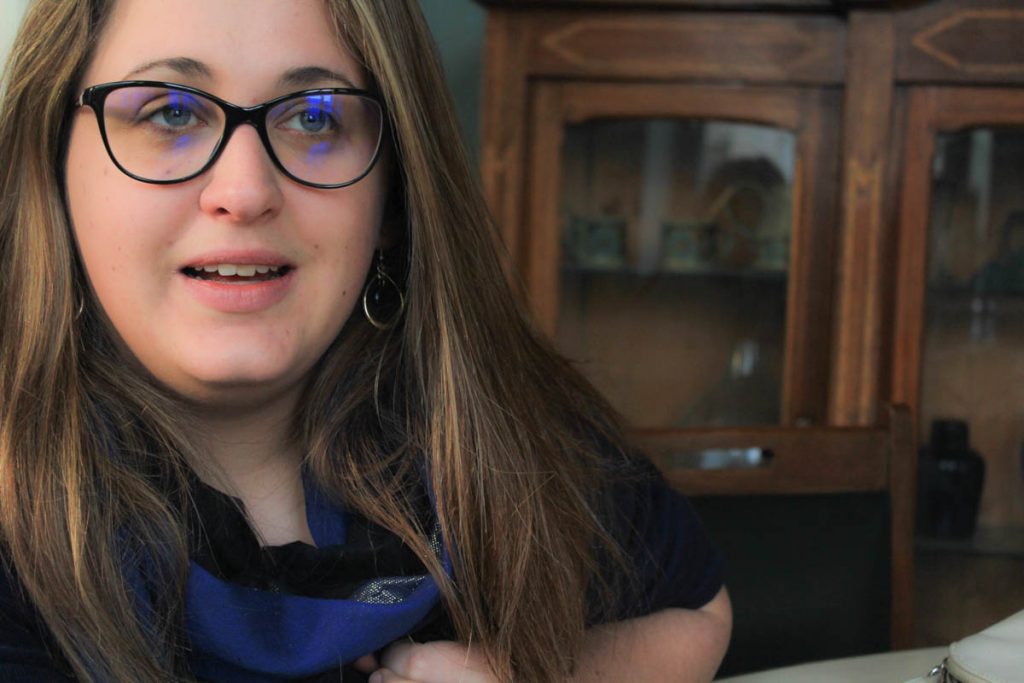 Jordan in the eyes of a stranger

“Humanitarian” is only one of the many adjectives we can use to describe Claire Marine, an anthropology student from France, currently conducting research in Jordan. 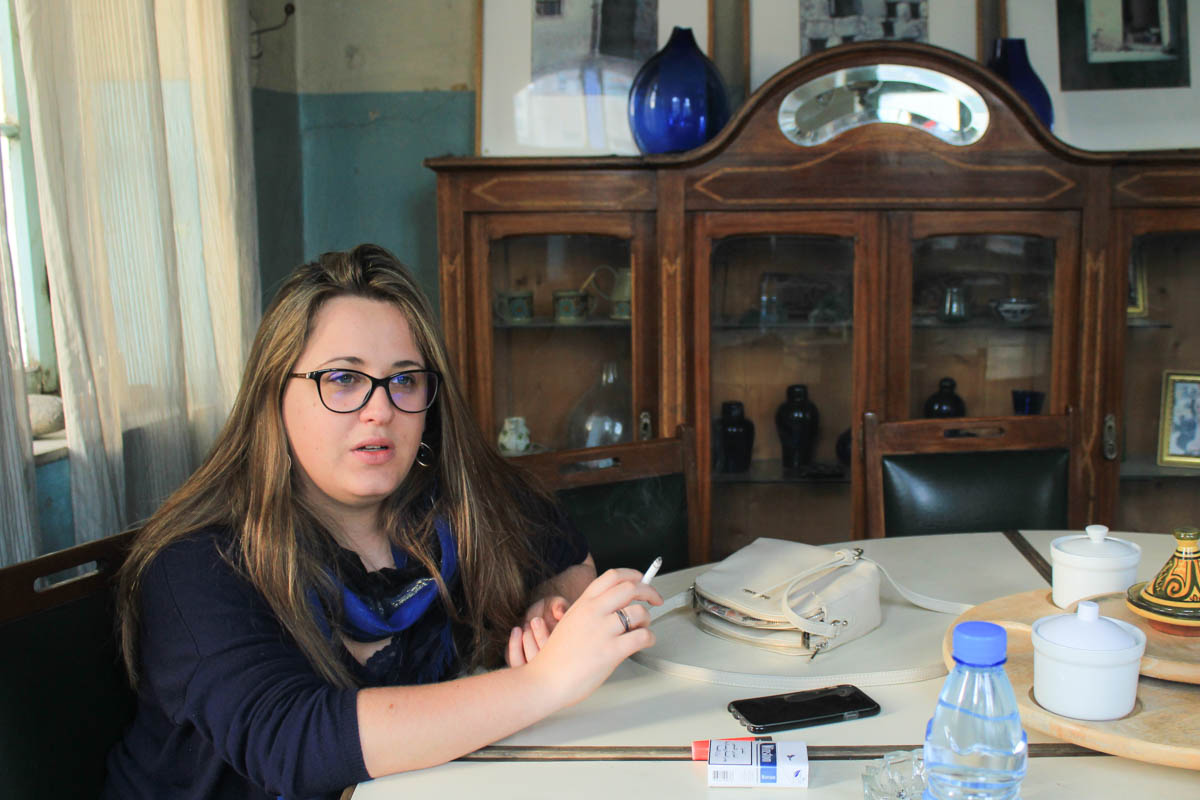 Although Claire didn’t know she wanted to study anthropology from the beginning, she always was certain she wanted to find a way to make people happy. She made her way from political science to literature and finally to anthropology, knowing she needed something more human-related.

“Someone told me about the anthropology program and I got in, so I took it,” Claire said.

“It’s interesting. You learn a lot about people, about life, about how everything is moving.”

Her visits to Jordan have been a major reason behind the path that she has chosen for herself. She came to Jordan a long time ago with her dad, who was the head of the French Institute and she came back to Jordan to study more about Bedouin life and learn how the country was coping with the occidentalization of the world.

She worked at an NGO to help Iraqi refugees and she visited less fortunate Jordanian families whose fathers were usually absent as part of some military duty. The families could no longer afford to go to school. As a matter of fact, it became the children’s responsibility to make a living. Once they were of age twelve, their circumstances forced them to find a job to help their families or, in other cases, they were thrown into the streets because they had no other option but to beg people for money.

According to a recent World Bank study, a third of the population in Jordan lives below the poverty line during at least one-quarter of the year. This was certainly something Claire wanted to work on.

Being in Jordan taught her a lot, more than she could have ever imagined. She learned about minorities she never knew existed; she met Jordanian families and immediately knew she had to help them. 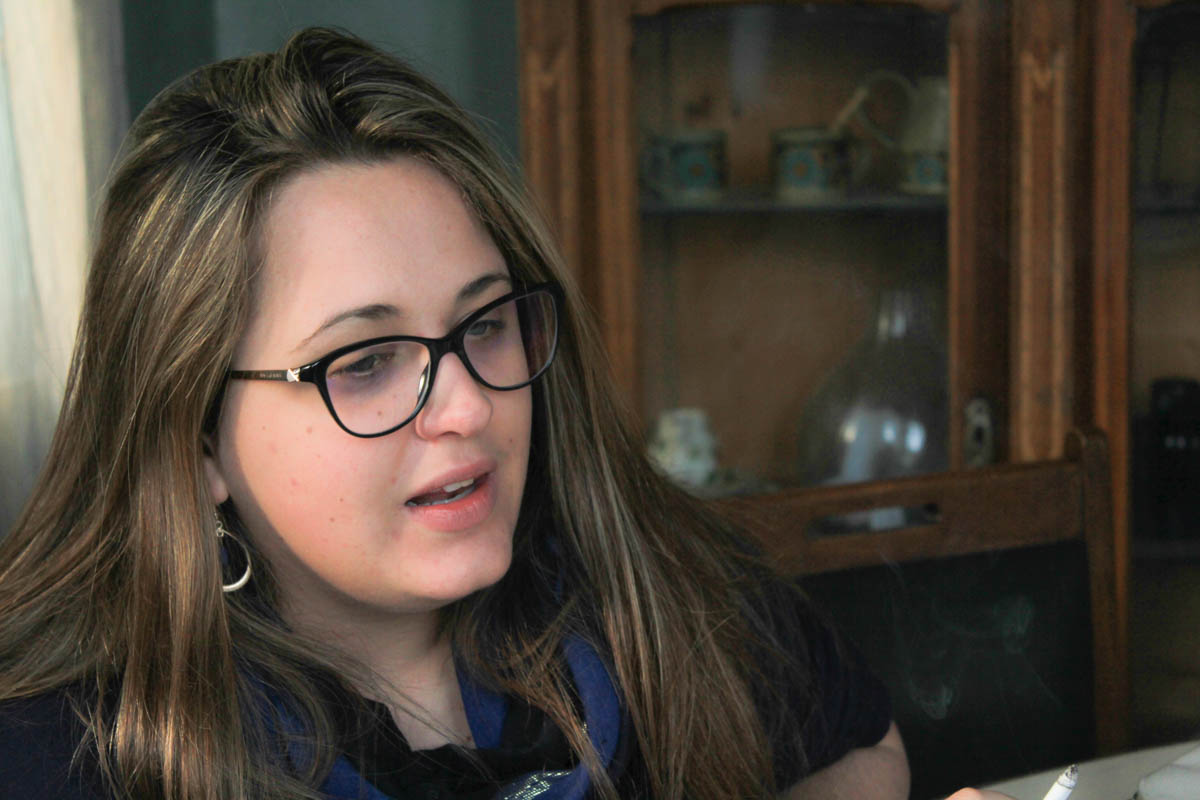 Claire is passionate to create her own NGO wanting to create a better future for those in need.

“They got straight to my heart,” Claire said.

She felt that there were so many organizations that helped refugees but very few that helped poor Jordanian families. What she seemed to prioritize, though, was mainly the families who could not afford an education, because education is the ground zero of change.

“For me, education is the first thing that can save a country,” she said.

The altruist’s goal became to help those people in need, particularly through establishing an educational institute or a cultural centre to encourage cultural diversity. She wanted to educate children by teaching them about the different civilizations around the world.

Her experiences here in Jordan and everything she has been through generally has helped shape a new Claire. It was challenging in all aspects. Understanding the struggles of a third world country while living alone far from home was not easy. 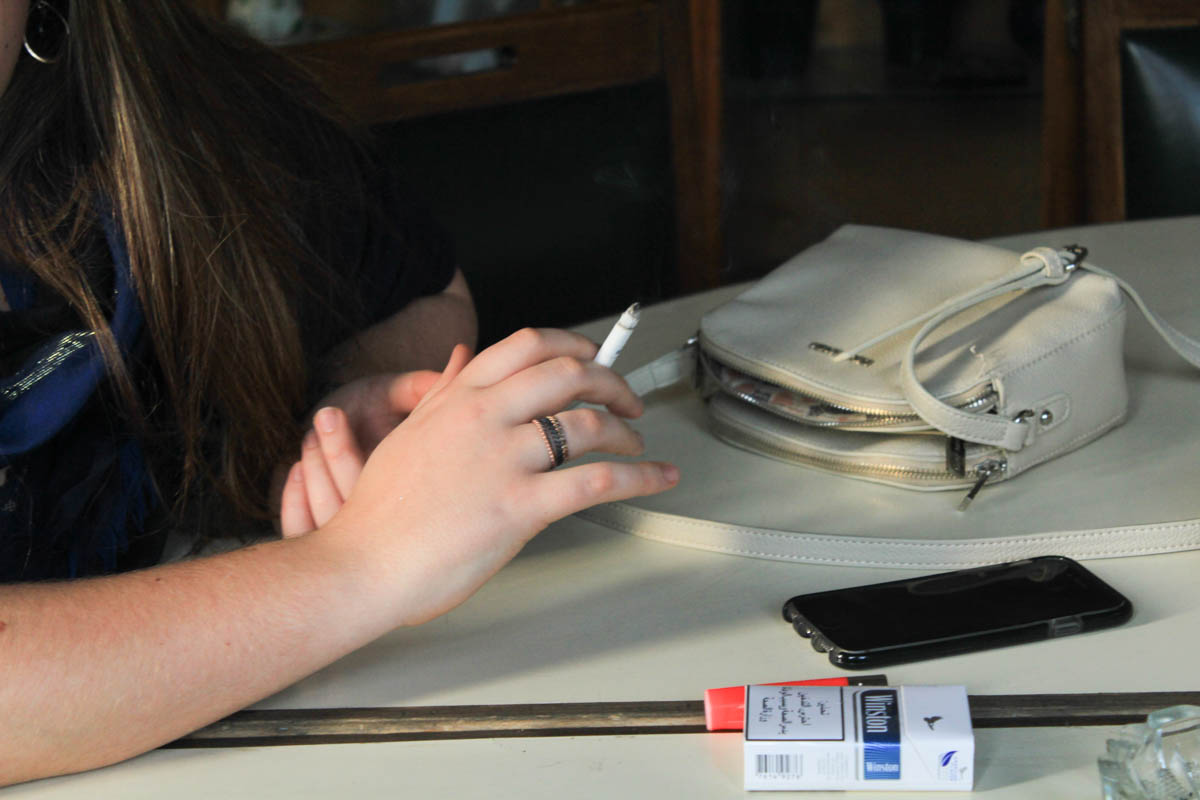 Her time in Jordan made her realise many things about herself.

“My humanitarian year made me question myself a lot. I think it’s the biggest thing I had to do. I had to face myself and the world at the same time,”

It made her question her purpose in life; rethink her goals, even her religion at some point. She has always lived in a small bubble before coming to Jordan – same friends, same hang out spots, and same environment. The moment she realized she was close-minded was the moment she decided she needed to change her lifestyle. She was sure that there is a lot more to life than what she was experiencing; there is a whole different world outside your comfort zone.

After seeing the different people here in Jordan and hearing their stories, she became more sensitive to others and more aware of their issues. Her mission of becoming more open-minded had been achieved. If there’s one thing she has learned it was to always treat people the way you would like to be treated and always try to put yourself in others’ shoes.

The Good Samaritan has ever since been affected by the people she’s met and the hardships she has overcome. One person, Mamdouh Bisharat, stands out to her particularly. He’s a Palestinian who’s done so much for Jordan. 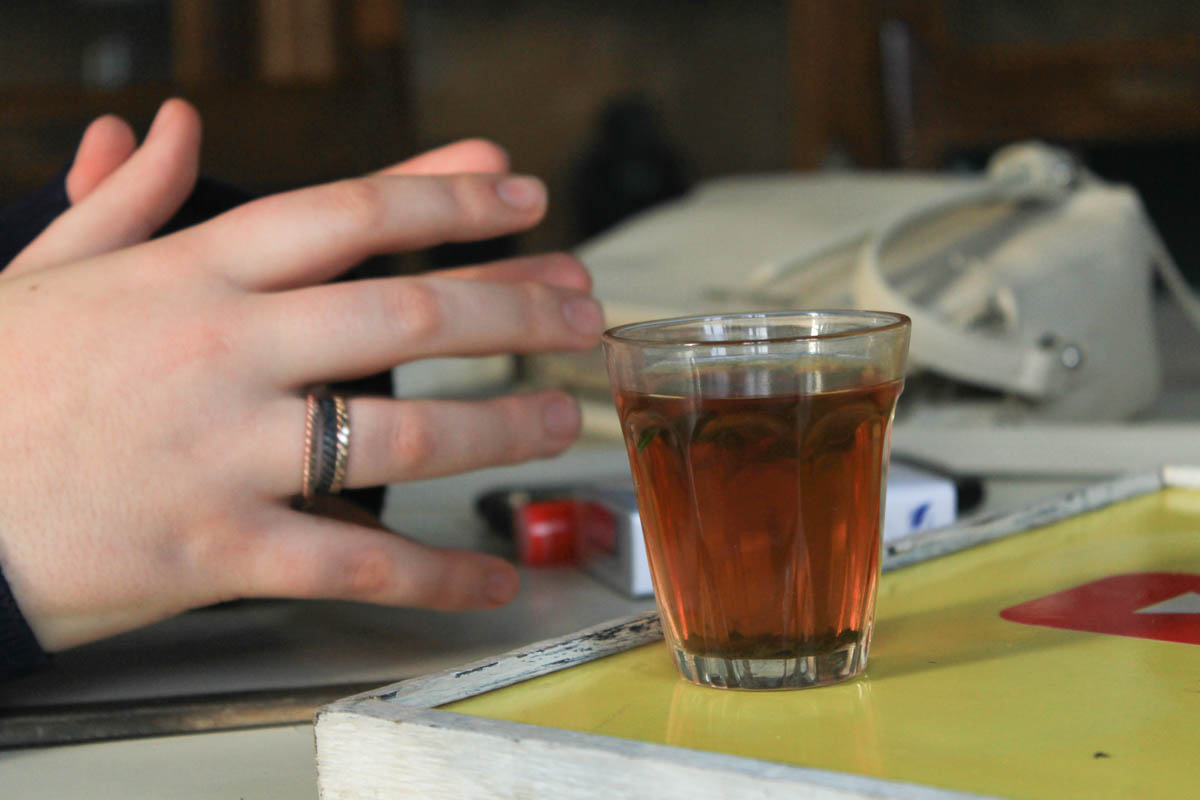 When she asked him why he was so generous, he said, “I believe when someone gives you something, you have to give it back a thousand times. Jordan gave me a lot, so I have to do a lot of things for Jordan,”

Claire’s next step is to undertake a masters program in management for humanitarian projects, and wherever she ends up, she just wants to be happy. She wants to launch something here in Jordan to try to give back to the community, and maybe later she’ll hop on another adventure elsewhere, in the hopes of making the world a brighter, happier place for all. 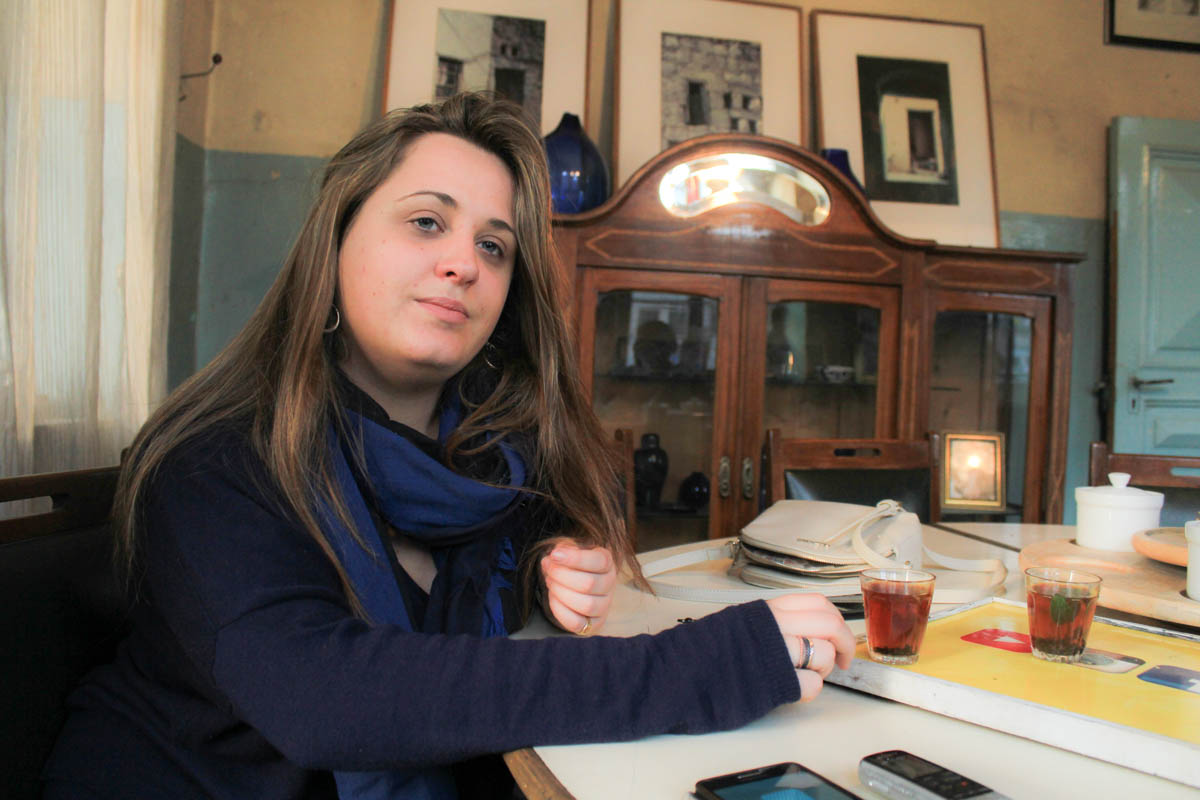 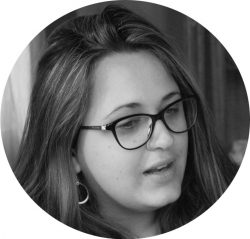 Claire Marine is an anthropology student from France. Having lived in Jordan since her teenage years, Jordan played a big role in her future and self-understanding — hoping to create her very own NGO one day. She’s hoping to help people in need, especially poor Jordanian families. She would like to create change through her work within the development sector.