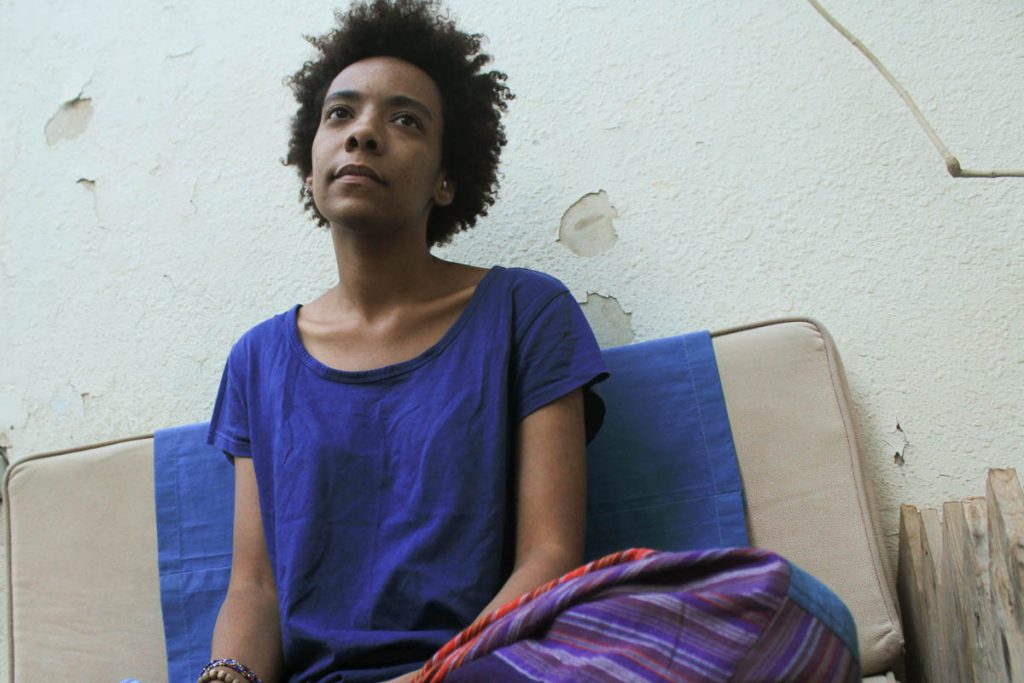 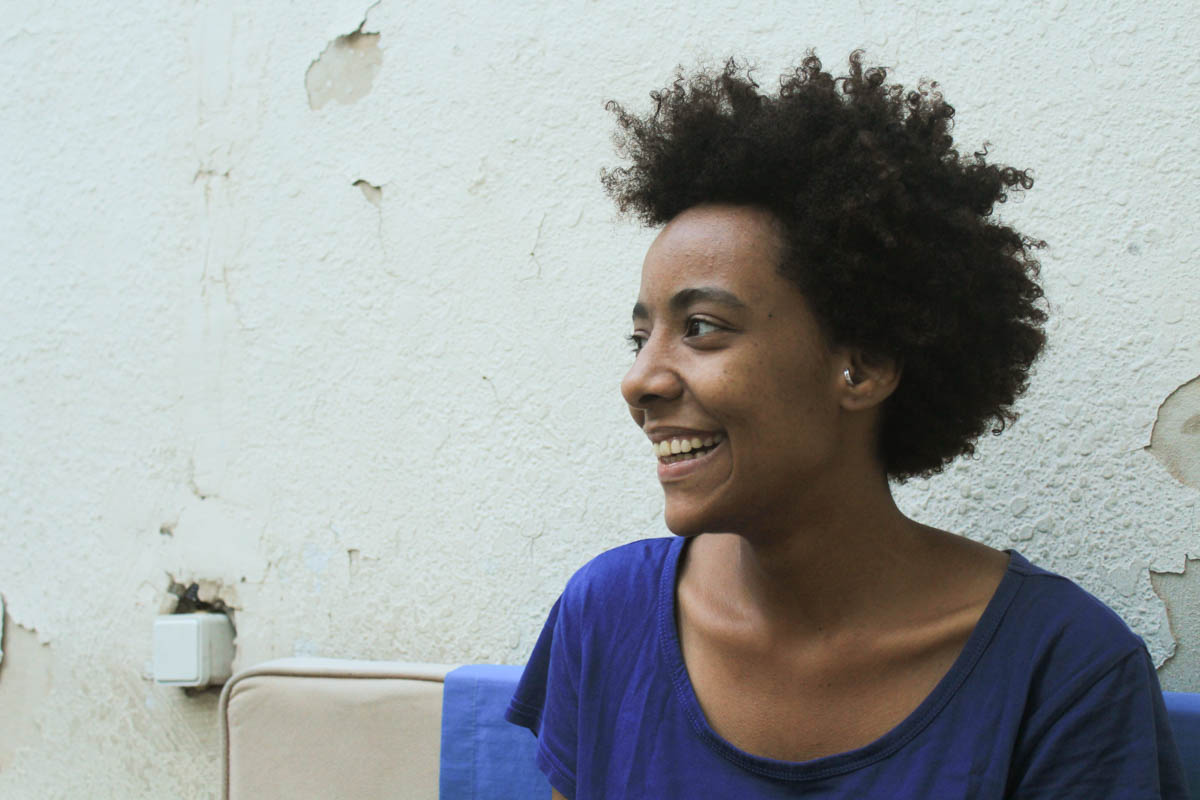 Aisha is a fashion design graduate and founder of her own crocheting campaign Giving for Love.

“Something has changed. You can see it in the shine of their eyes,” Aisha reflects.

It took her two steps to be the person she is today, changing her major from accounting to fashion design and planning for her new campaign Giving for Love (حملة العطاء بحب) – her private crocheting business.

The Jordanian local Aisha Jamal highlights the importance of giving more than receiving in Giving for Love. Aisha is left inspired by her campaign to teach her surroundings that satisfaction is not only felt and found in the act of receiving, but it is also found in the act of giving. Giving for Love started in 2015; a total of 110 participants have learnt how to crochet until now.

“I wanted to take people out of the circle of only giving [and not creating],” Aisha said.

Jordan has a population of over 9 million, almost half of which are made of refugees. This influx makes Jordan a fast-growing country, which puts strains on resources. For children, this affects them greatly, aside from being taken away from their homes, some are forced to be born or raised under unideal circumstances.

One of Aisha’s focus was also extended to covering orphanages. She wanted to teach orphans the value of giving in a world where they exist to only receive; this was done by having her team visit many orphanages in Amman and work with them on creating crochets. Many of Aisha’s friends work at orphanages, and so she was able to get in to work with them very easily.

She has also considered crocheting as a form of meditation. Hence, she held weekly gatherings that included five to twelve people, where they sit to vent for each other whilst working on many crochets.  From this, she wanted to meet different types of people and listen to their real stories. 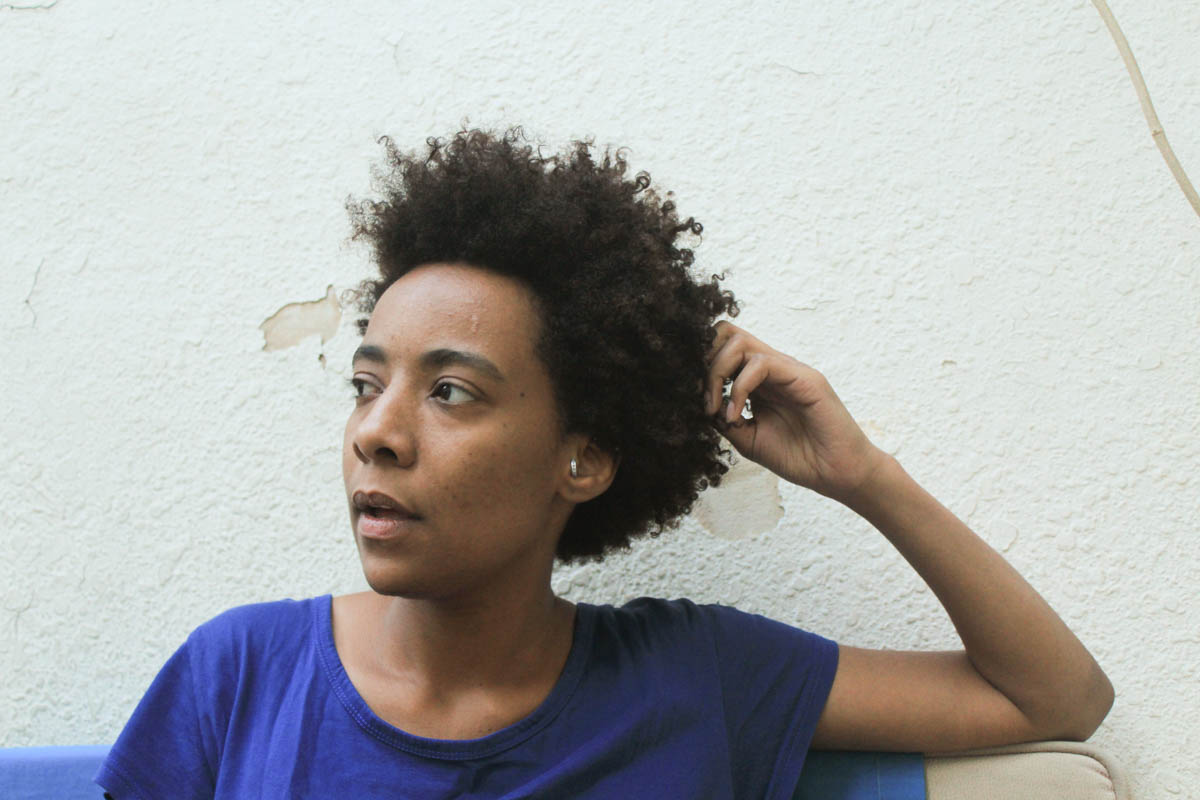 Aisha encouraged people to give from creating and to constantly learn from new people.

Aisha also volunteers at Jadal Cultural Center – a cultural space where she has been exposed to diversity, located in one of the oldest cities in Amman.

Aside from the beautiful patterns a hook and a fabric can produce together, Aisha had something more in mind. In fact, her life goals were as simple as this,

The crochet lover has even mentioned that crocheting has taught her a lot about herself and changed a lot in her.

“When I started crocheting, I learned more about myself. It has calmed me in many ways possible and also relaxed my inner mind,” she said.

“I want everyone to feel the calmness. I want to teach people how to get out of their comfort zones, how to learn something new, and how to just use their hands to create.”

Selling crocheted hats and scarves, people ordered them through their social media platform, Facebook, where they displayed pictures of their crocheted products for people to see beforehand. 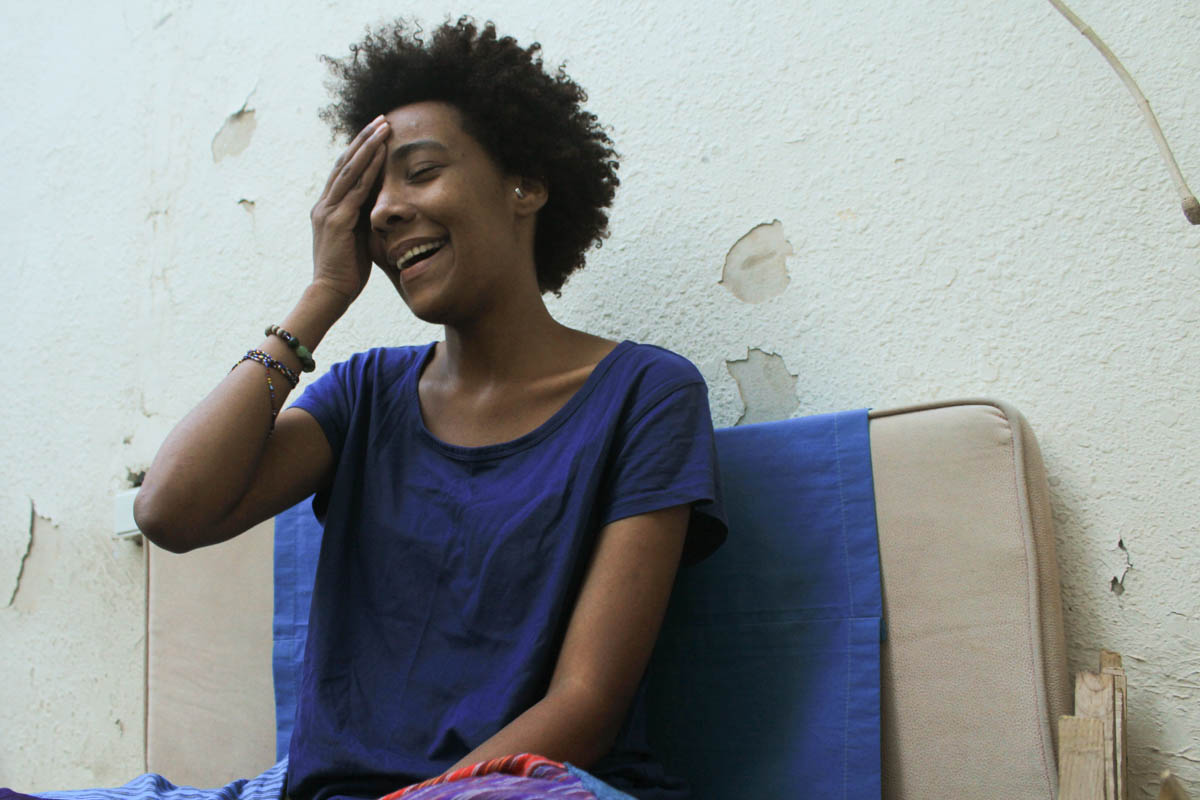 She felt crocheting helps to bring people together.

“I believe each and every person was born with something to offer; to just give,” The Founder of Giving for Love said.

“Whoever and whenever they are, with whatever they have.”

Hence, having believed in that, Aisha has strived to break the stereotypes that are tied in with the knots of every crochet she creates. Living in a patriarchal society, her image was the cause behind her suffering to a certain extent.

She had even recalled, “Crocheting is for everyone, not only for women.”

She believed in the power of teamwork to break the many cultural stereotypes – as she called them – that exist in our society. Aisha focused on the importance of trying; not just trying but with your own hands to create just anything you can. She first started with a scarf, because she had to and later discovered the passion she has – working on handicrafts. She loved learning and handicrafts taught her so much, not just how to produce the piece itself but about the many people she was surrounded with that worked with her – their stories and their life perspectives were what mattered most to her.

She wanted to listen to others and learn from them. 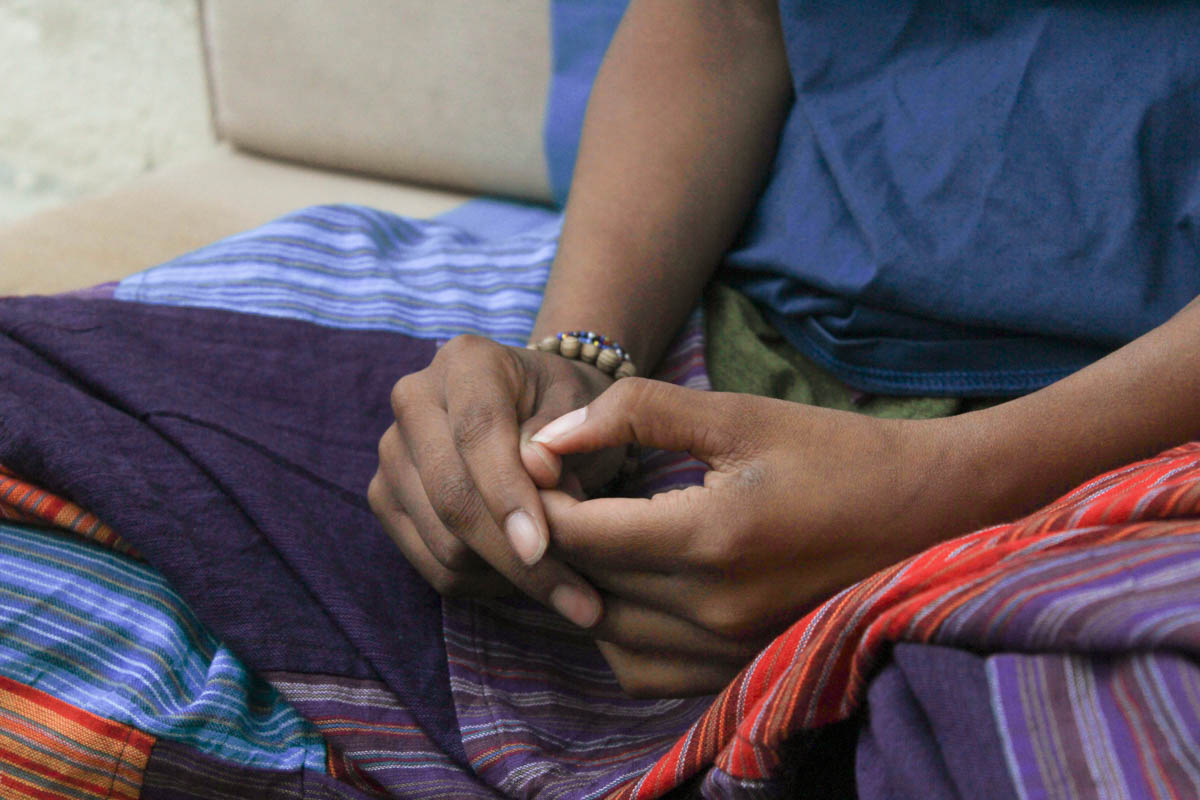 “I feel that my whole life is a challenge. I love challenges.”

“I feel that my whole life is a challenge. I love challenges. If there’s no challenge I am not moving, and I am not learning. I am stuck in my comfort zone and there is nothing to do there,” Aisha remembered.

“My name is Aisha, and I have to say alive.”

After having been asked about where she saw herself in five years, she had not failed in answering, “No, ask me about the five minutes from now. I am free. Have you ever seen a tree plan itself five years from now? They just are. I learn and grow, learn and grow, and learn again.”

She has even begun the interview by labelling herself as a free-spirit and a peace rebel.

“Every time I learn something new, it feels like I’ve been taken to somewhere new. It is not about planning five years in advance but planning for the now,” she said.

For Aisha’s advice, she had ended the last couple of minutes advising others by saying, “Don’t be shy to ask for what you want.”

She recalled her own life’s initiating incident back then when she spoke up for herself.

“I grabbed the microphone and spoke for myself. I said I wanted to study fashion design. I am not in need of anybody to pay me, but I want somebody to connect me with the manager.” 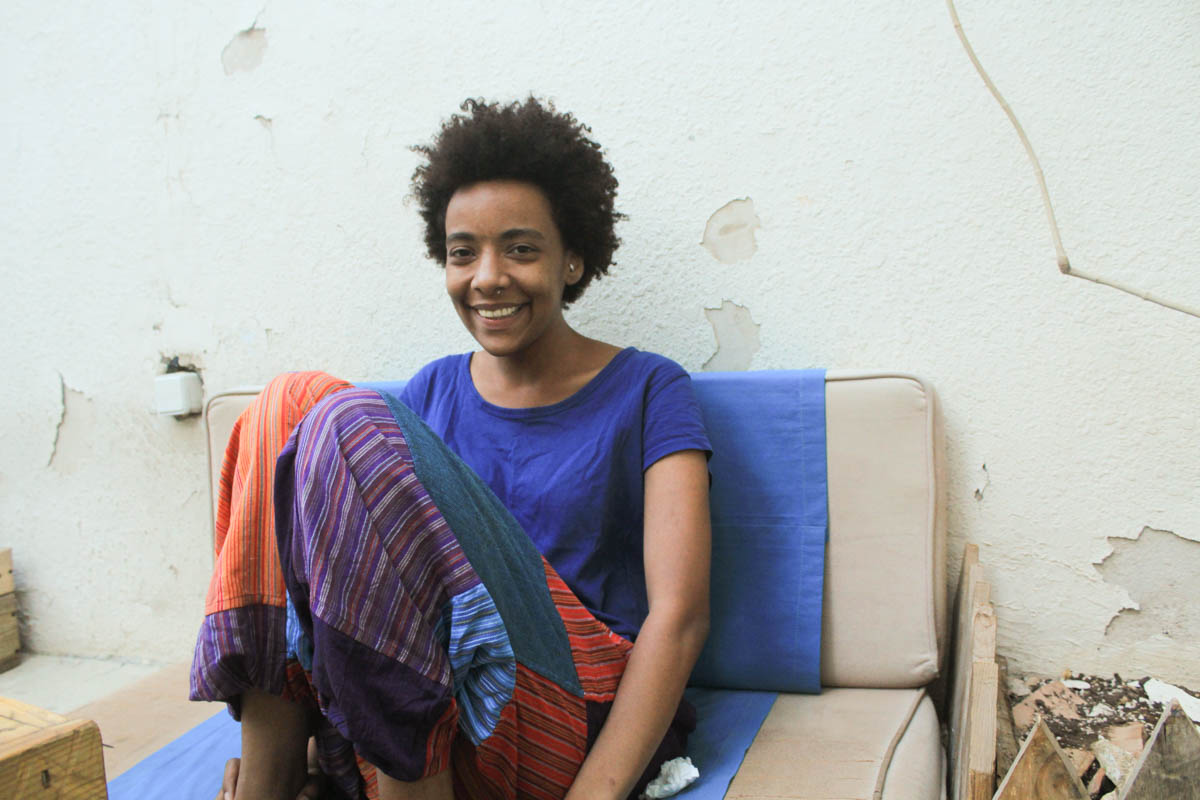 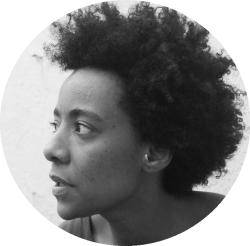 Aisha Jamal is the founder of her very own local crocheting campaign, Giving for Love (حملة العطاء بحب). She strives to encourage the culture of giving through their own hands, teaching many people to create gifts of love and compassion. Her campaign runs on an annual basis, working with orphans and locals to teach them how to crochet. Some creations are also up for sale on their Facebook page. Keep an eye on their next campaign online!