The art of a forgotten beat 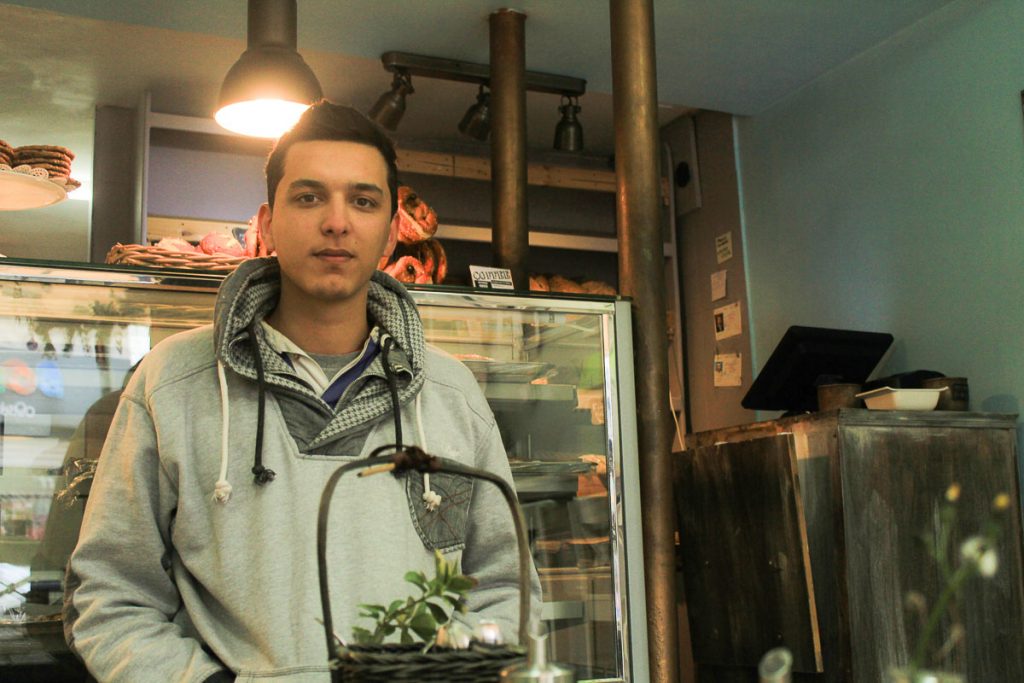 The art of a forgotten beat

A local Jordanian believes in the talent and community of a forgotten art.

Student and beatboxer Abood Al-Adham has been working to put a spotlight on the Jordanian community, through unity and a sense of pride.

“I call it art since you go deep into this art, I got attached to it.” 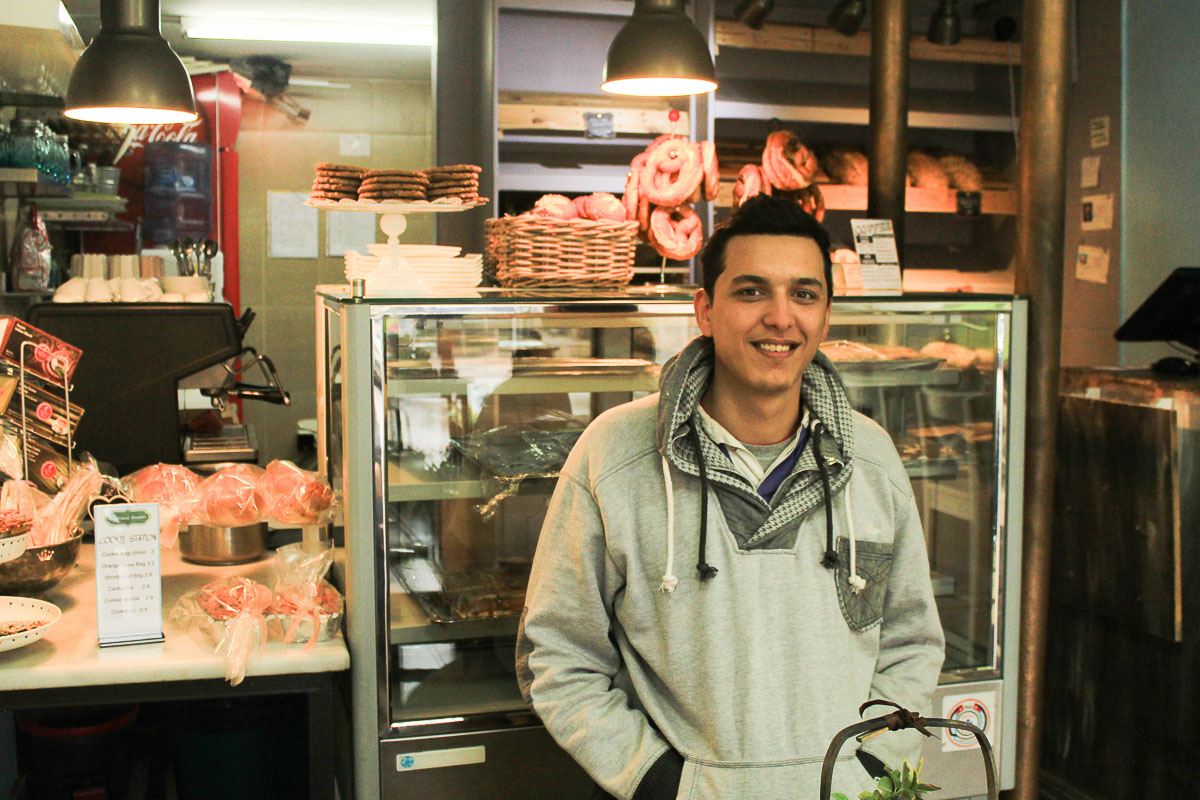 Abood Al-Adham is a local beatboxer based in Amman, Jordan and the founder of first ever Jordanian beatboxing competition King of the Beat.

Abood started to gather the beatboxing community together once he started beatboxing, helping to create competitions and events.

The Jordanian said he aimed to create a stronger community amongst beatboxers and would like to see them respected for their art.

“I helped to make the community come back and helped people create competitions,” he said.

“I had a problem in 2010 which is why I used to send people a lot of messages to do shows for free; so nobody payed me and I stopped for a while.

“After I made a lot of videos, I managed to socialize with people who created these events and they finally told me to come and pay me.”

Abood said many beatboxers in the community were doing performances for free, which to him showed a sense of underappreciation towards the art.

“After a while, I started to meet more beatboxers, but they are always doing shows for free and for me, this is disrespect for the art you are doing,” he said.

“So I helped them to practice and battle each other and do competitions, with what I do every year, the Jordan Beatboxing Championship.” 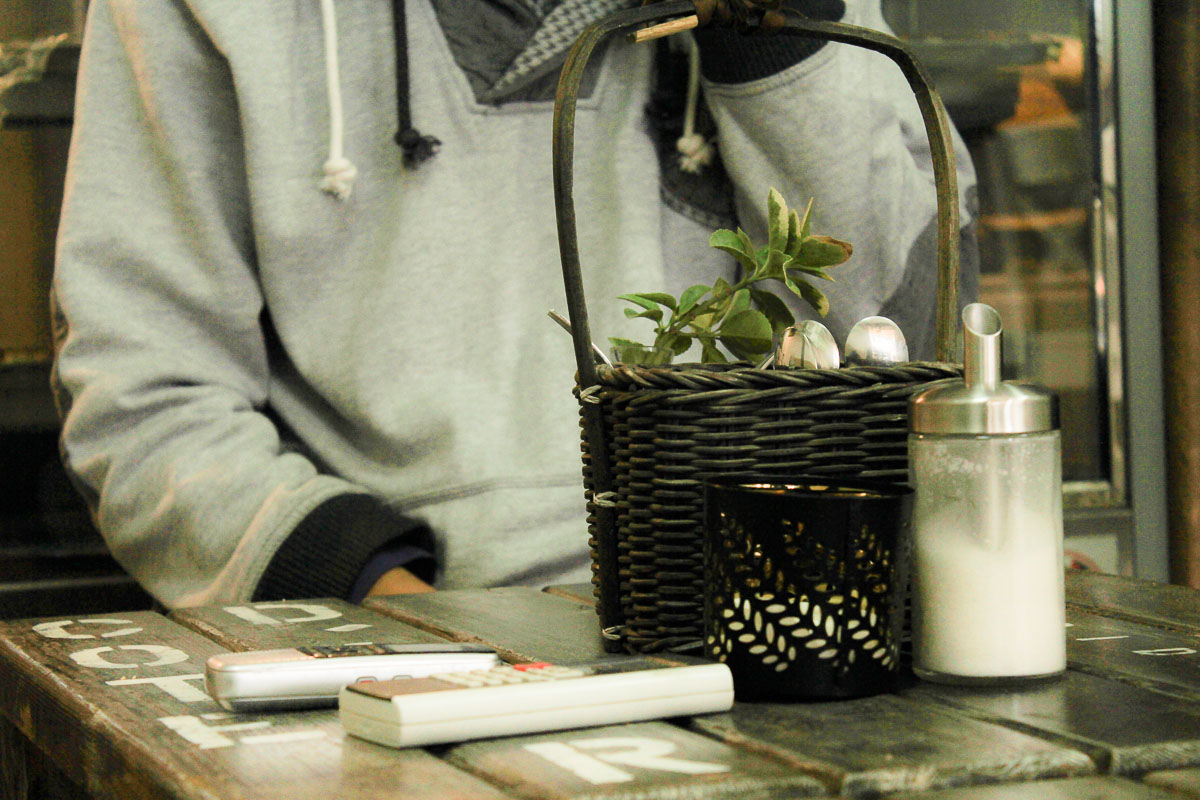 Abood would like to see more beatboxers come together with his competition.

The Jordan Beatboxing Championship, also known as the King of the Beat, is a yearly — occasionally per few months —  event honouring the art of beatboxing through a competition-based event where beatboxers compete against each other for the top prize.

The King of the Beat founder said he created the beatboxing event so that other beatboxers can support each other as a community.

“The first time I brought the beatboxers together, they didn’t know each other,” he said.

“Once or twice in the year I do this competition and it allows them to socialize with each other.

“They can practice to reach a great level and at the same time, they get to know each other.

Starting off with a beat 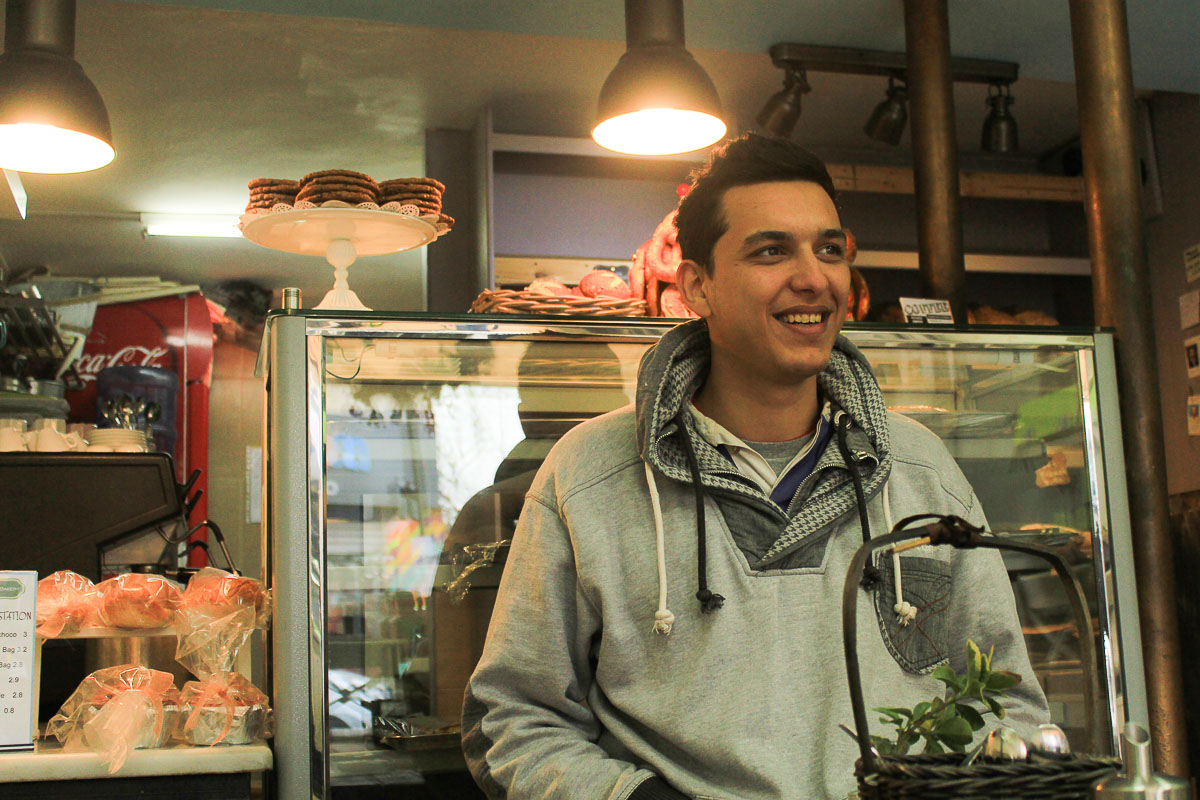 Learning how to beatbox after seeing two street performers, the art has now become a lifestyle for the Jordanian.

“After almost six months after I was beatboxing, it became routine for me and I have to beatbox always.”

Beginning with a love for hip-hop, Abood saw awe in the art of sound after encountering two beatboxers.

“I saw two beatboxers in Amman, they were on stage,” he said.

“My first impression was ‘oh my God, what are they doing? And are they real human voices?’

“I asked them how they did this; so at this time, I really like hip hop and the hip hop culture in general, so I saw this guy and I asked him if he could give me the basics of beatboxing and if anybody could do beatboxing?

Abood said beatboxing became a lifestyle for him since he learned how to do it.

“I did it in front of [the beatboxer] and he told me to keep going, then I went home and went to YouTube and searched beatboxing,” he said.

The Jordanian has now been beatboxing since 2005 and has been continuously pursuing this passion.

“After almost six months after I was beatboxing, it became routine for me and I have to beatbox always,” he said.

“Every time I do not have anything to do, I just do beatboxing.

“No one is supportive here, companies they prefer to support other things other than beatboxing.” 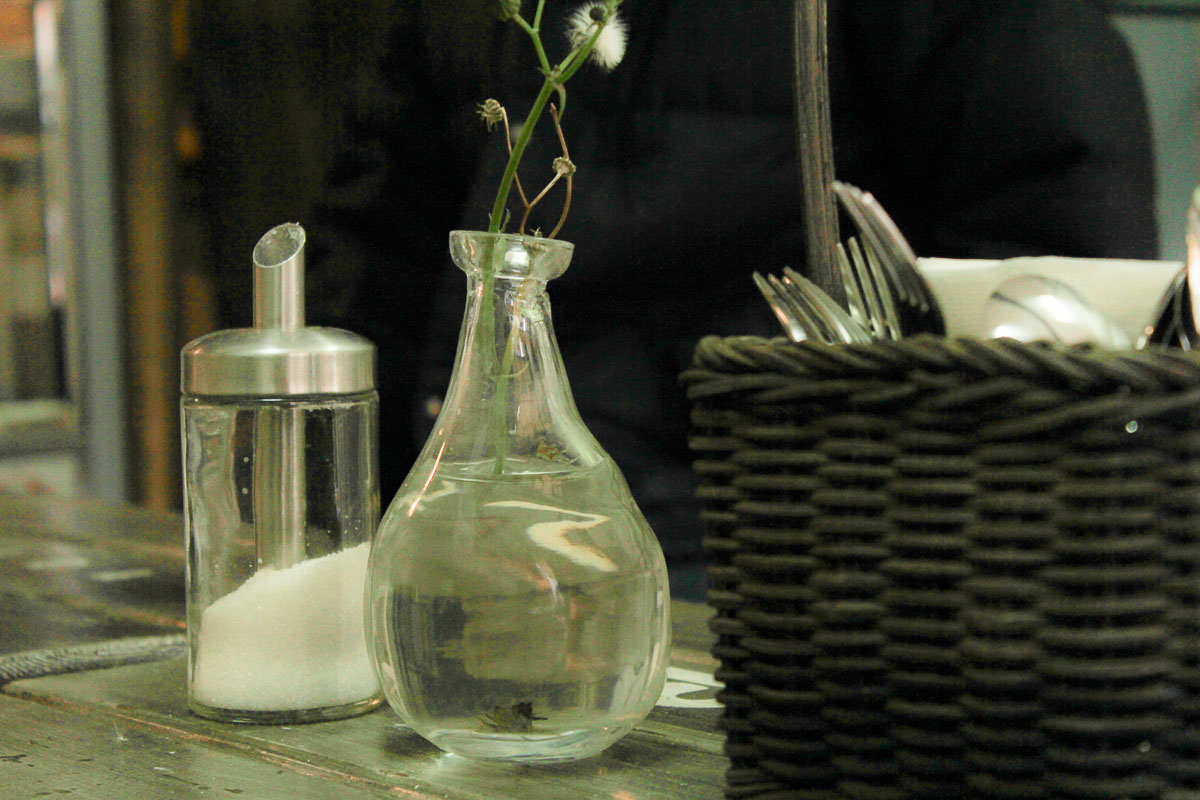 Abood said he would like to see more support for the art and the community itself.

The beatboxer said he saw great improvements in the beatboxing community, despite society’s views of the culture.

“Since 2014 the community is getting better, but their knowledge of beatboxing is still lacking,” he said.

“On the talent level, they are very good, like a few of them they get better every time.”

“Society does not see it as art, they see it as throwing up,” he added.

“When I do the competition I found it very hard to find a venue — they don’t like it or they do not accept it, I don’t know.

“They are scared of the hip-hop crowd. There are bad and there are good, the beatbox crowd are very good, but they do not see it as art.

“No one is supportive here, companies they prefer to support other things other than beatboxing.”

Generally, the hip-hop community is not a culture highly looked upon, especially amongst the older generation.

In 2010, a report by the Ministry of Planning and International Cooperation stated the arts and entertainment industry had one of the lowest percentages of informal employment.

“If we were one hand and supported each other — like if I have a show, I would call up other beatboxers, especially those that have never been on stage before,” Abood said.

“At least give them a bit of money just for motivation.”

Currently, Amman’s art industry seem to be progressing, however. According to an associate professor at Fordham University in New York Aseel Sawalha, in an interview in the Jordan Times, she saw Jordan as progressing rapidly in the art sector — especially with the countless galleries and art events appearing. 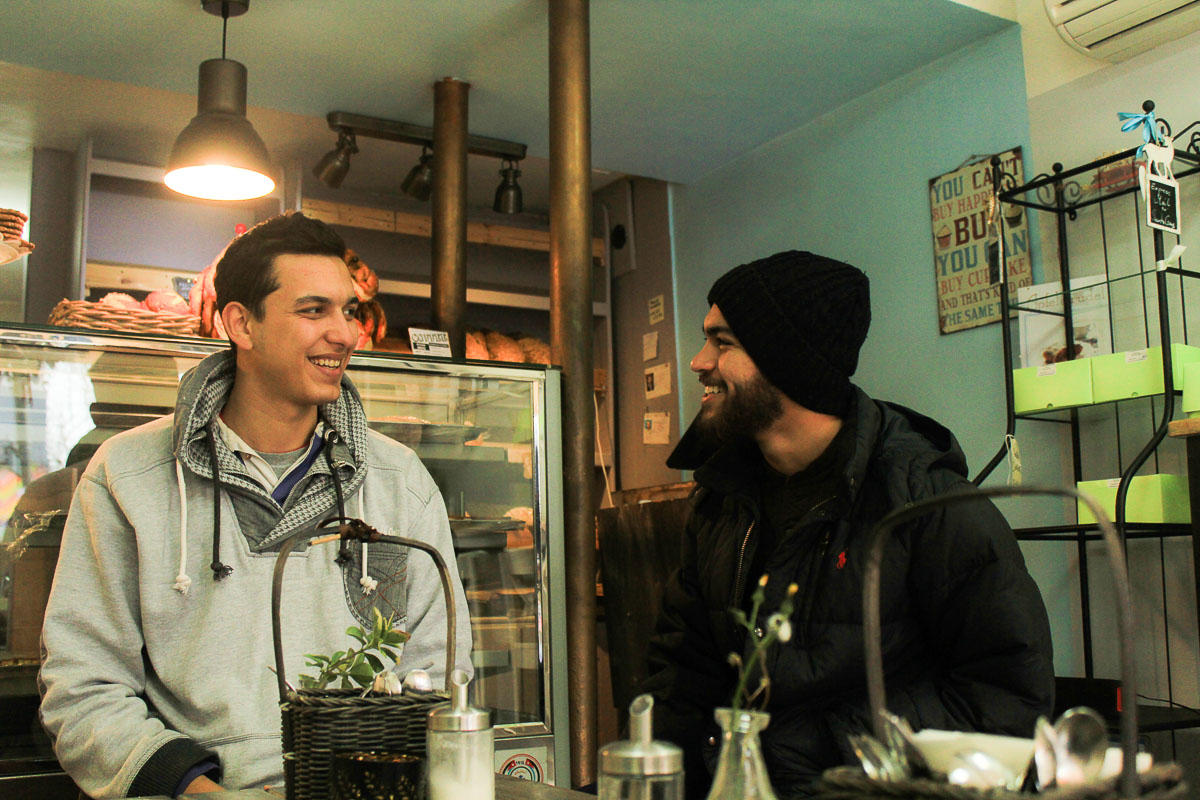 Abood also saw the beatboxing community as progressively becoming bigger, hoping it would only improve with time.

“If I am still doing this competition in the future, I am sure it will get better, but if I leave Jordan, I do not think the community will improve,” he said.

“I think I need to work harder and do an official competition so people can see it as art, but we really need to do it together and support each other.

“It is good that we have this competition in Jordan.”

The Jordanian said he would like to see the beatboxing community come together and hoped for one thing for himself and his fellow beatboxers, respect.

“I want every beatboxer in Amman to support me and I support them; that they will perform on stage and people will respect them as an artist,” he said.

“I want this art to grow even more.” 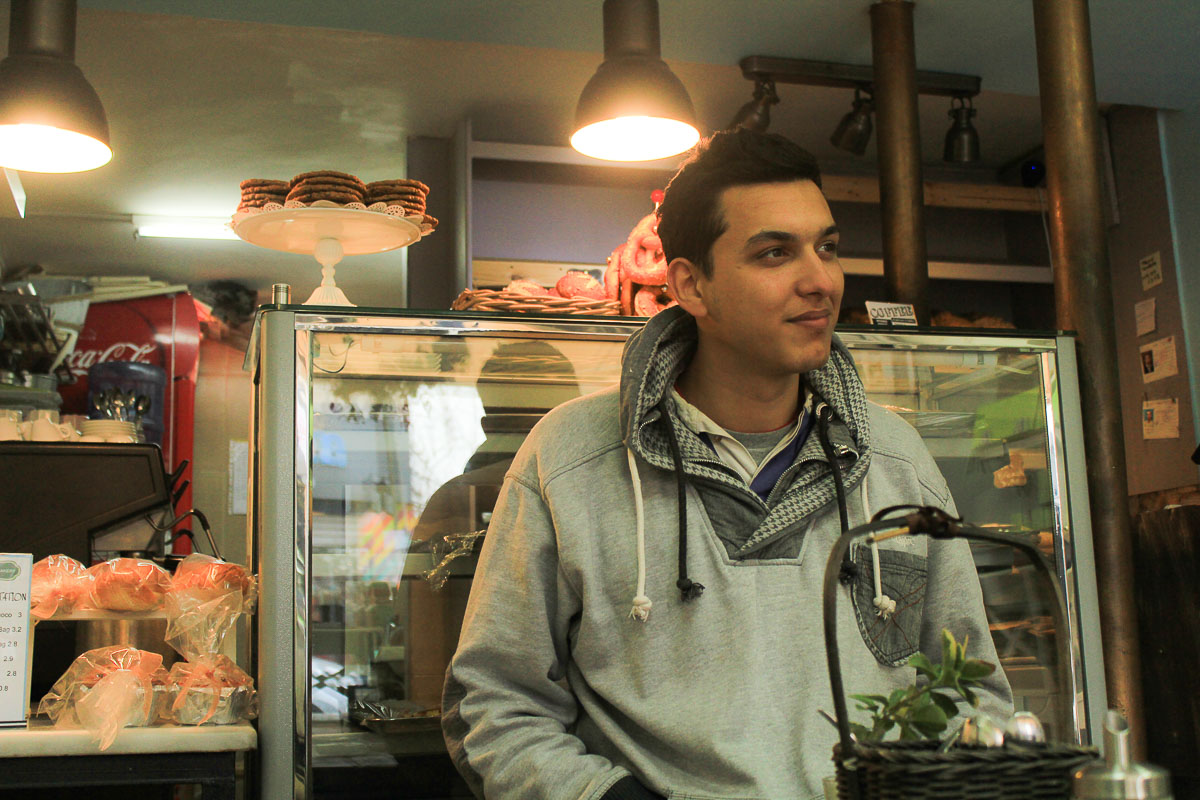 “I want this art to grow even more.” 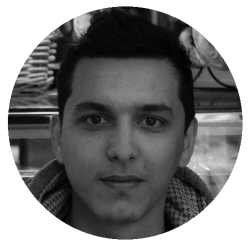 Abood Al-Adham is a local beatboxer and founder of the first beatboxing competition in Amman King of the Beat. Starting his career in 2005, Abood wanted to create a stronger community amongst the beatboxing industry in Jordan. Holding the competition every few months or a few times a year, he hoped it would make the community much stronger.