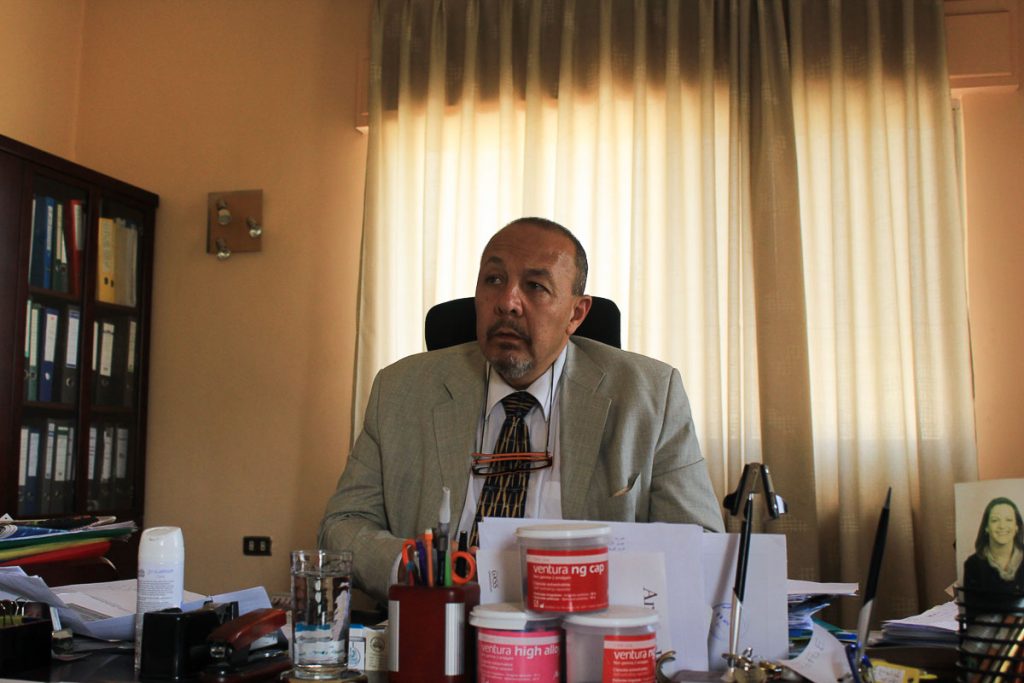 By Cesilia Faustina and Hani Obaidat

The Dead Sea is dying. The Dead Sea is located just between the West Bank and Jordan, as one of the greatest wonders of the Middle East. Unfortunately, its water level is dropping by roughly one meter each year.

One Jordanian looks to change that, however, fighting for his environment and the future of his country.

“We face a lot of obstacles in Jordan and the correct thing is to empower people and it will reduce many of the problems we have. I think it will set people on a better path,” Basel Burgan said.

Basel Burgan is an entrepreneur and the owner of a family-owned business for medical supplies and trading companies. He is currently the president of a local environmental activism NGO Jordanian Friends of the Environment.

From a young age, this well-established character has always had a passion for nature and the environment. Acting upon his upbringing, this somewhat controversial character has fought his way towards the rights of a better environmental status. 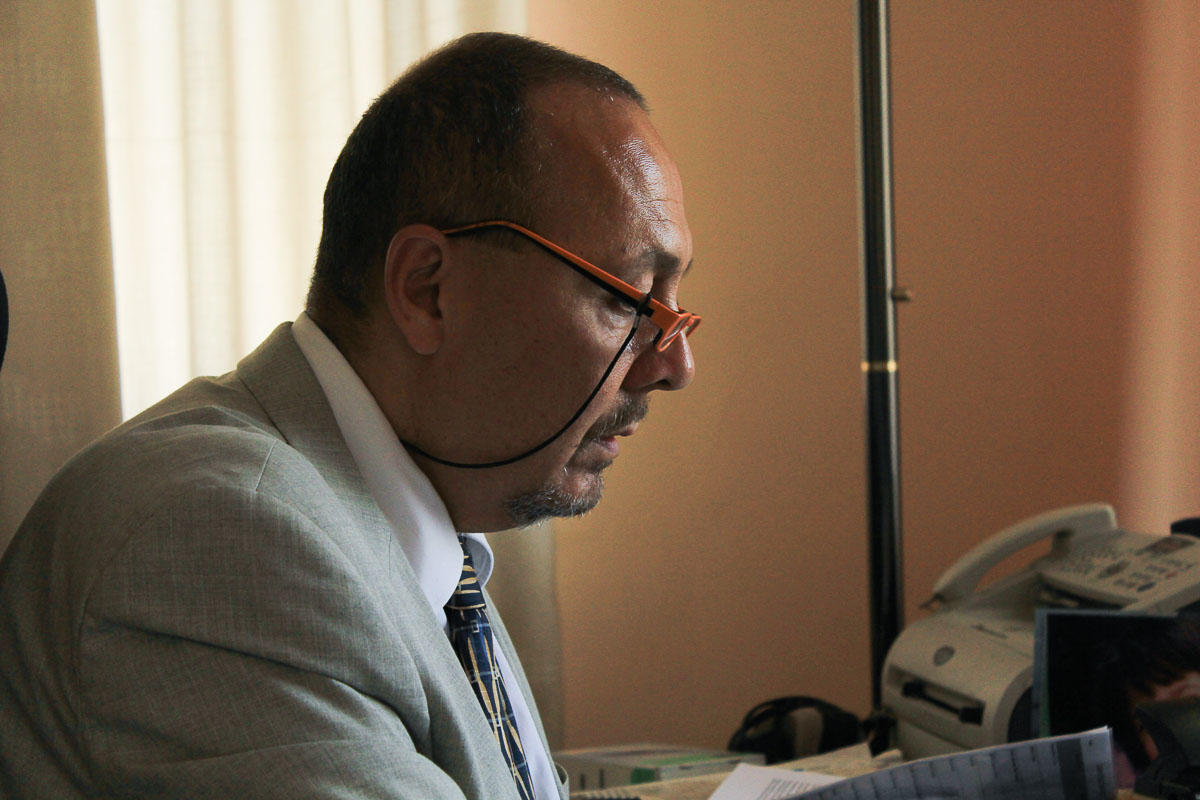 Basel Burgan is the president of Jordanian Friends of the Environment (JoFoE), focusing on environmental conservation in Jordan.

JoFoE looks to raise environmental awareness amongst youths, the industrial sector, and rural communities. Building the capabilities of younger generations and encouraging them to take a more proactive role in conservation.

“Recently, when I took over JoFoE we became more pushing for community empowerment projects because it is very highly needed,” he said.

According to a report by the Ministry of Environment, Jordan’s main environmental challenges include energy, water, desertification, waste management, and loss of biodiversity.

Basel has always been active in environmental activism with experiences in working with different NGOs and protesting events. Known for his love of the environment and his anti-government demonstrations, Basel is actively pushing for change in his country.

“You know the political situation in the region, we face a lot of obstacles in Jordan and the correct thing is to put some effort in empowering people.”

A love for nature 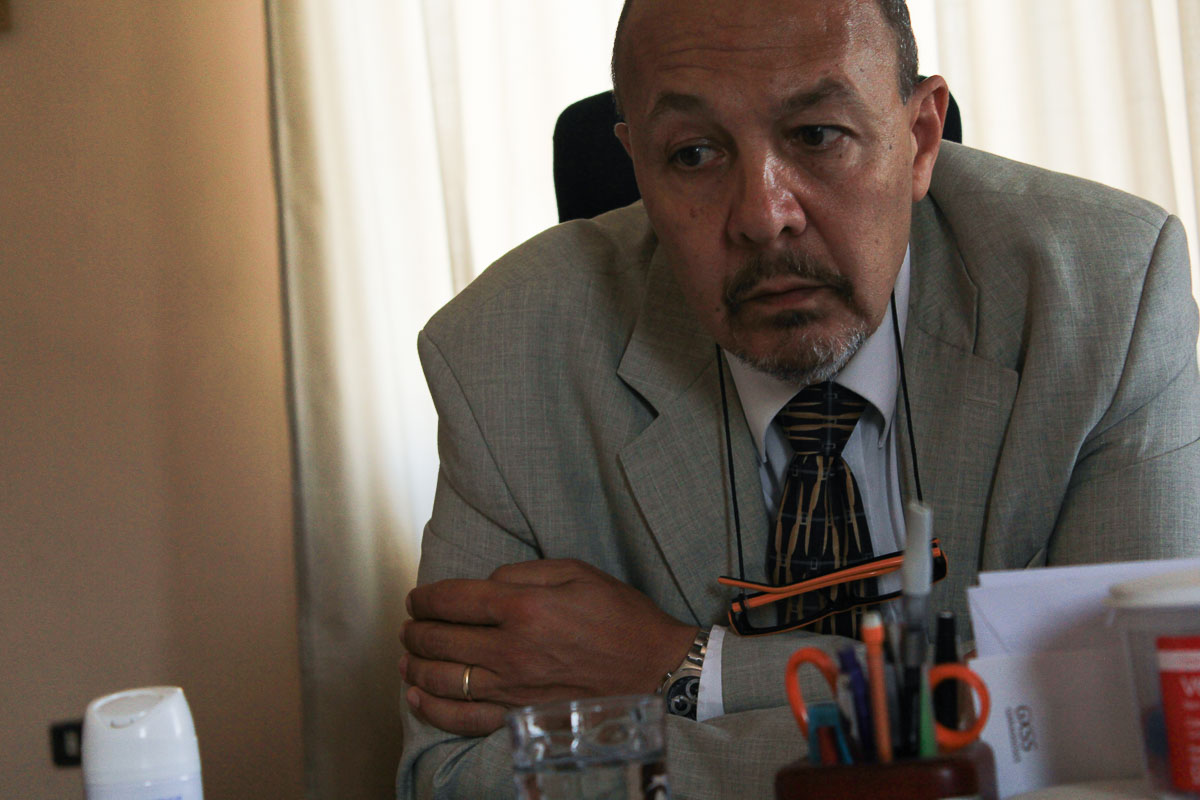 Basel said the environment is a part of every day thus a big part of our lives.

Basel said this passion for environmental activism started when many of his childhood natural playgrounds were no longer suitable to visit, let along play in.

“When I was 13-years-old, we used to go and drink water from Zarqa River and we used to fish there. Now, there are no more fishes in the river and I would not dare to put my finger in the water,” he said.

The Zarqa River is the second largest tributary of the lower Jordan River, after the Yarmouk River. It is the third largest river in the region by annual discharge and its watershed encompasses the most densely populated areas east of the Jordan River. It rises in spring near Amman and flows through a deep and broad valley.

Unfortunately, the river is heavily polluted and its restoration is one of the top priorities for the Jordanian Ministry of the Environment.

“Knowing that the river is heavily polluted it is like a nightmare for me,” he said.

“There are many problems we are facing in Jordan like dumpsters and waste management. We are very weak on these issues and there are other countless of issues.”

Another project Basel opposed of included the Red-Dead Canal, which is a pipeline project carrying water from the Red Sea to the Dead Sea in the hopes of rehabilitating the Dead Sea and provide drinking water for Israelis, Jordanians, and Palestinians.

“I have objected on another big issue, which is the Red-Dead Canal,” he said.

“They claimed it would save the Dead Sea, but I think this is bullshit.

He saw the project as causing environmental damage in the long-run with the canal generating brine that will eventually cause a chemical reaction in the Jordan Valley.

Basel said his efforts had not been easy, facing many challenges from different parties. As an active activist, he constantly faces backlash from the government and other non-supporters.

“We have had so many environmental catastrophes in Jordan and there is so much corruption behind it too,” he said. 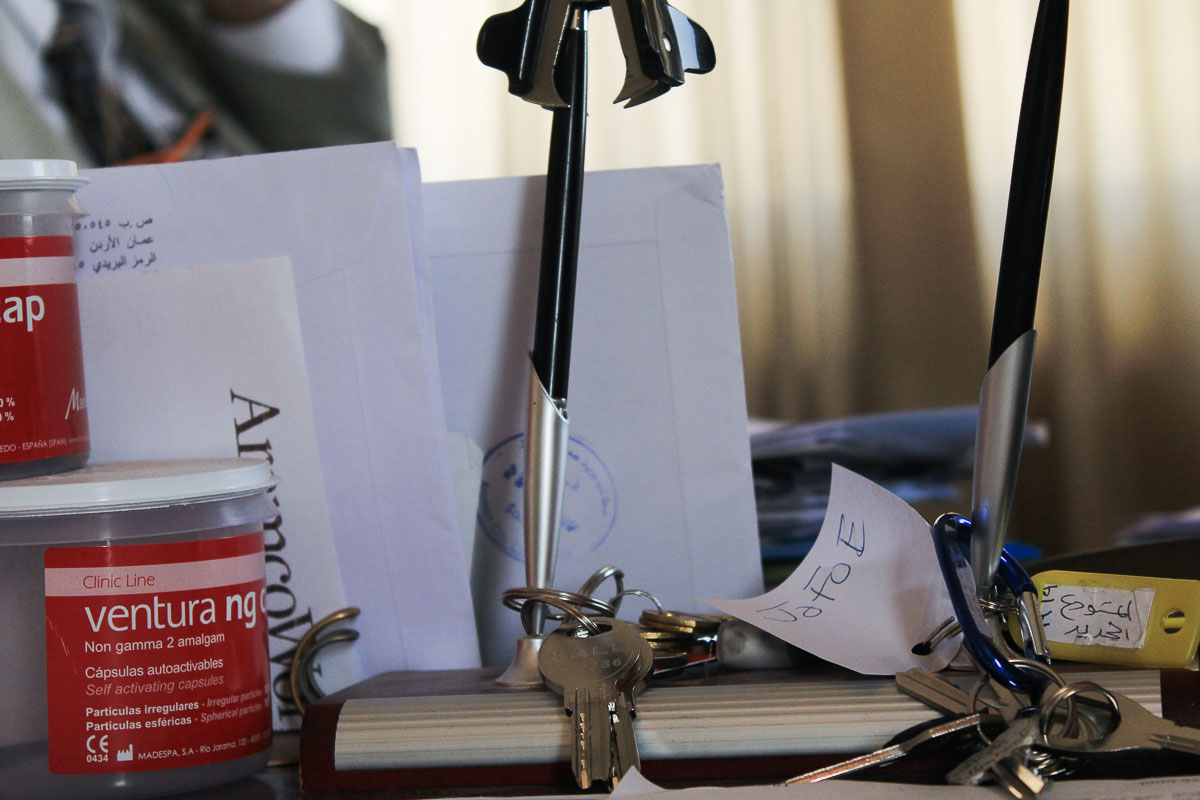 Being active in the political scene, Basel had faced many controversial issues through his fight for a better future.

“At one point in the 90s, I remember I read somewhere that an environmental officer from the ministry of municipalities had discovered a dumpsite where there were dangerous wastes, some of them were radioactive waste,” he said.

Over the past few years, Jordan has been facing many landfill issues until this day.

One of the first projects that Basel held a protest against was the nuclear project in Jordan.

Jordan started its first Committee for Nuclear Strategy in 2007, in an effort to create their first power plant. Aiming for greater energy at lower prices, Jordan looks to handle this scarcity through nuclear power, where currently the government is still looking for funds to finance the project.

“We opposed the nuclear project in Jordan even though doing so was highly political,” he said.

The protest was held at the fourth circle in Amman, right in front of the prime minister’s office.

Basel had called for the first protest against the nuclear project by gathering around 350 people all dressed in black as if they were mourning for Jordan’s death from nuclear catastrophe.

At that time, Jordan witnessed its first anti-nuclear set-in. Not a spectacle in terms of the number of people and methods applied. The participants comprised of many concerned Jordanian citizens who were worried about the highly dangerous potential impacts of nuclear energy in Jordan.

“Some of them were MPs and Princess Basma bint Ali came with us as well,” he said.

HRH Princess Basma bint Ali is the founder and chairperson of a number of grassroots NGOs within the environmental and sustainable development field. Other people from various disciplines also attended in communicating their concerns about the future of the country.

The consequences of activism 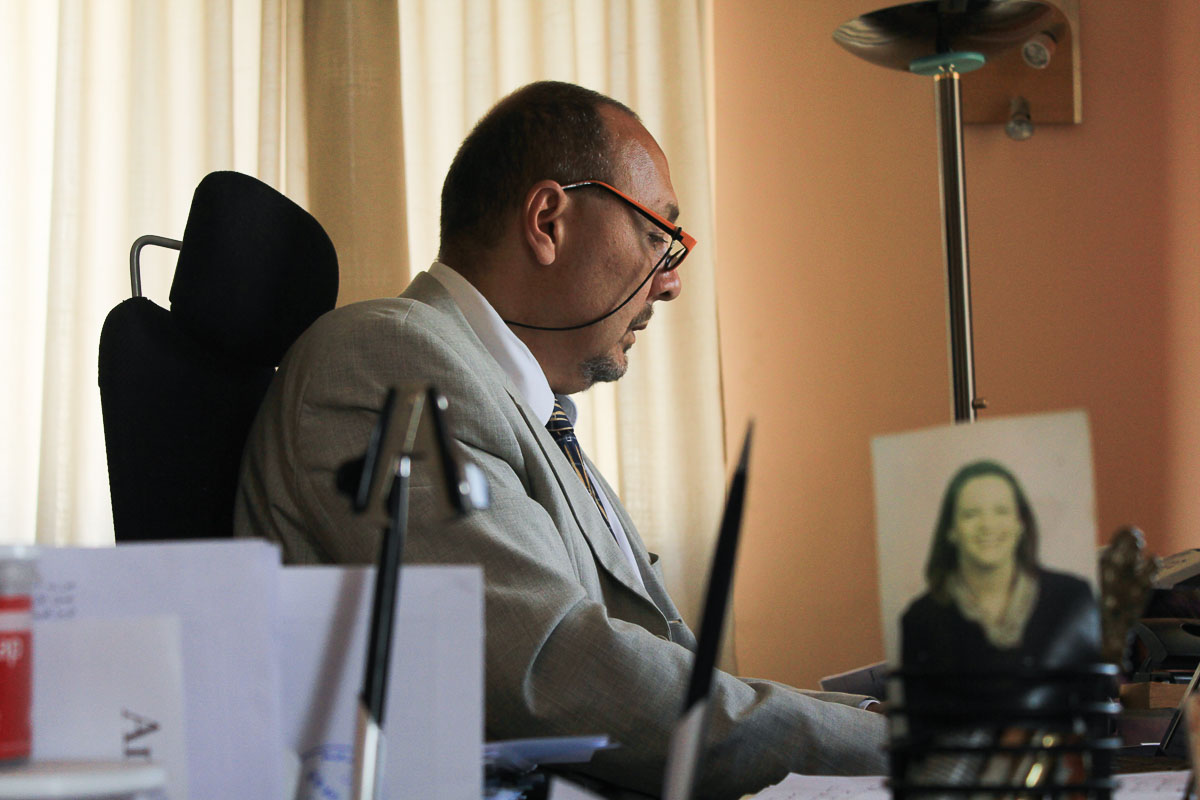 The activist said he wanted to encourage the youths to be more involved in volunteering and contributing to change.

Basel faced a lot of challenges throughout his efforts but that did not stop him. He said there needed to be more of a volunteering culture in order to create a stronger impact.

“The volunteering culture in Jordan is not a big thing and sometimes it is so weak you cannot see many volunteering jobs anymore,” he said.

“The hardest challenge is the creation of the government and the official system, they do not like me,” Basel added as one of the more challenging concerns he had to face.

“I have no red lines so I speak out loud that’s why they hate me.”

Despite the negativity Basel had faced, he believed in continuing his movement as a form of motivation for the younger generation, to drive their passion in order to create a better a future for their generation and the generation to come.

“Nothing is hard and nothing is impossible, it just needs dedication, discipline, and determination and you will get things done that way,” he said. 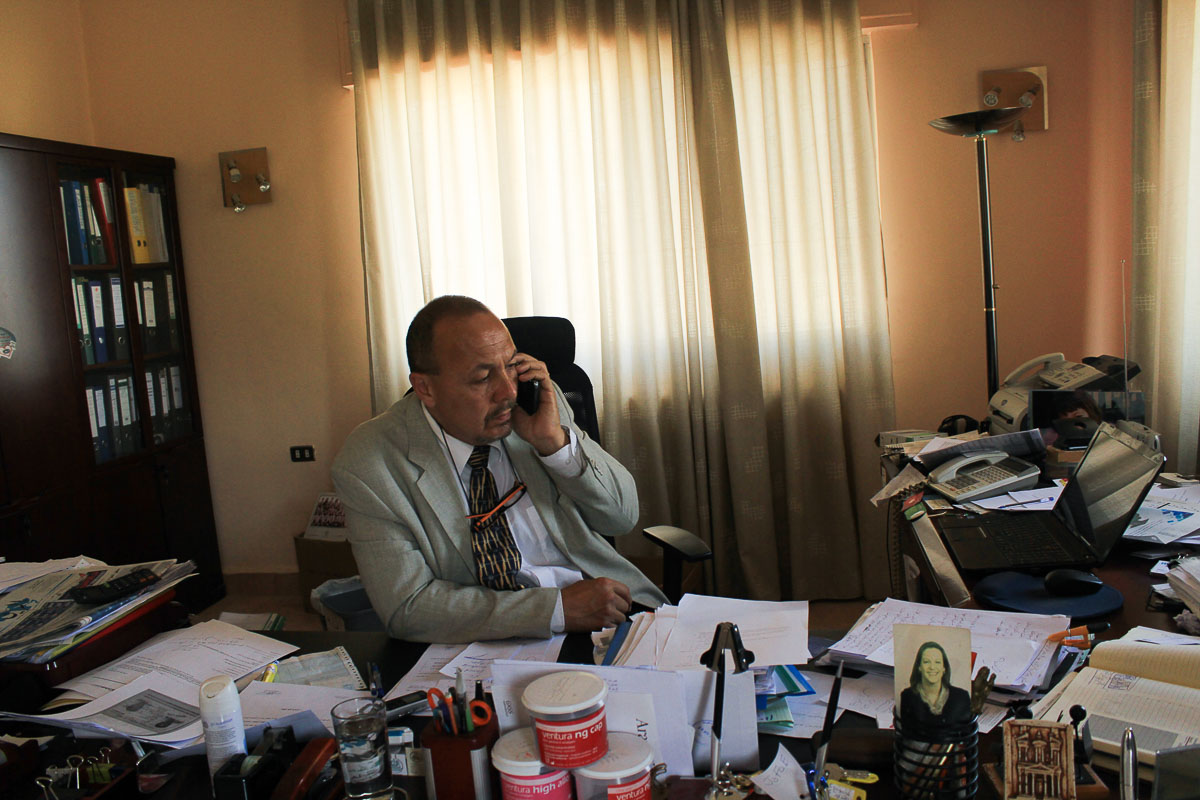 “Nothing is hard and nothing is impossible, it just needs dedication, discipline, and determination and you will get things done that way.” 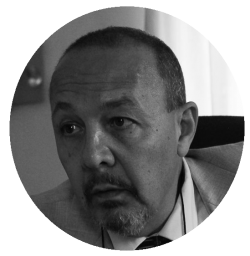 Basel Burgan is the owner of a family-run medical supply company and the president of Jordanian Friends of the Environment (JoFoE), an NGO focused on conservation and sustainable solutions towards Jordan’s environmental problems. He is continuously active in different protests and environmental-led campaigns, which also includes political involvement and policy-making. He hoped to make a change for Jordan by creating a sustainable environment for the younger generation and those to come. For more information on JoFoE, check out their website and Facebook page.