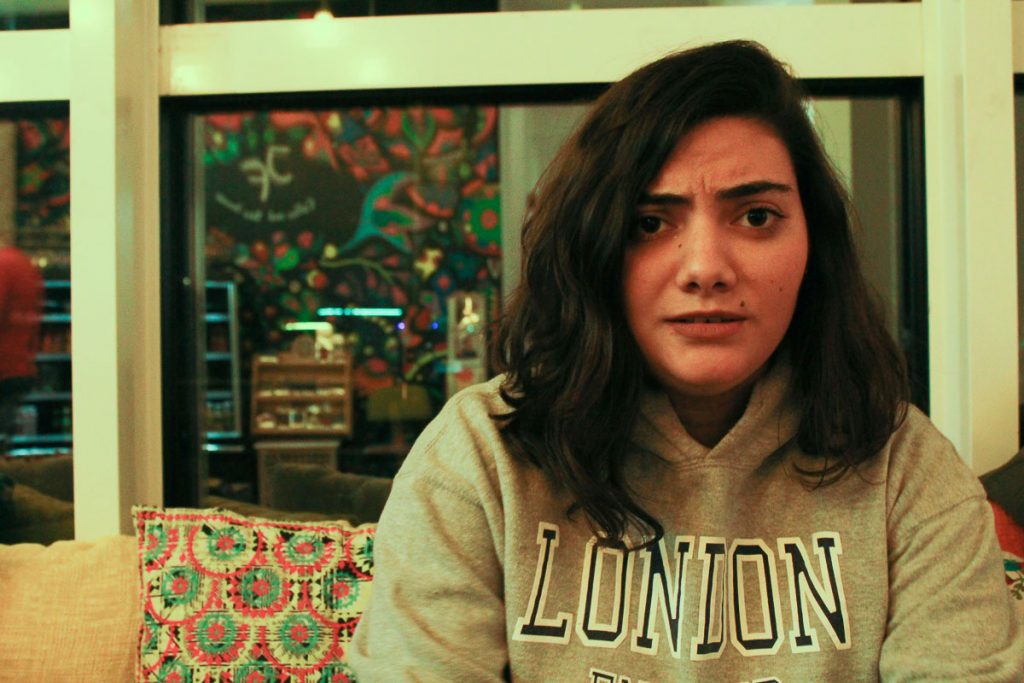 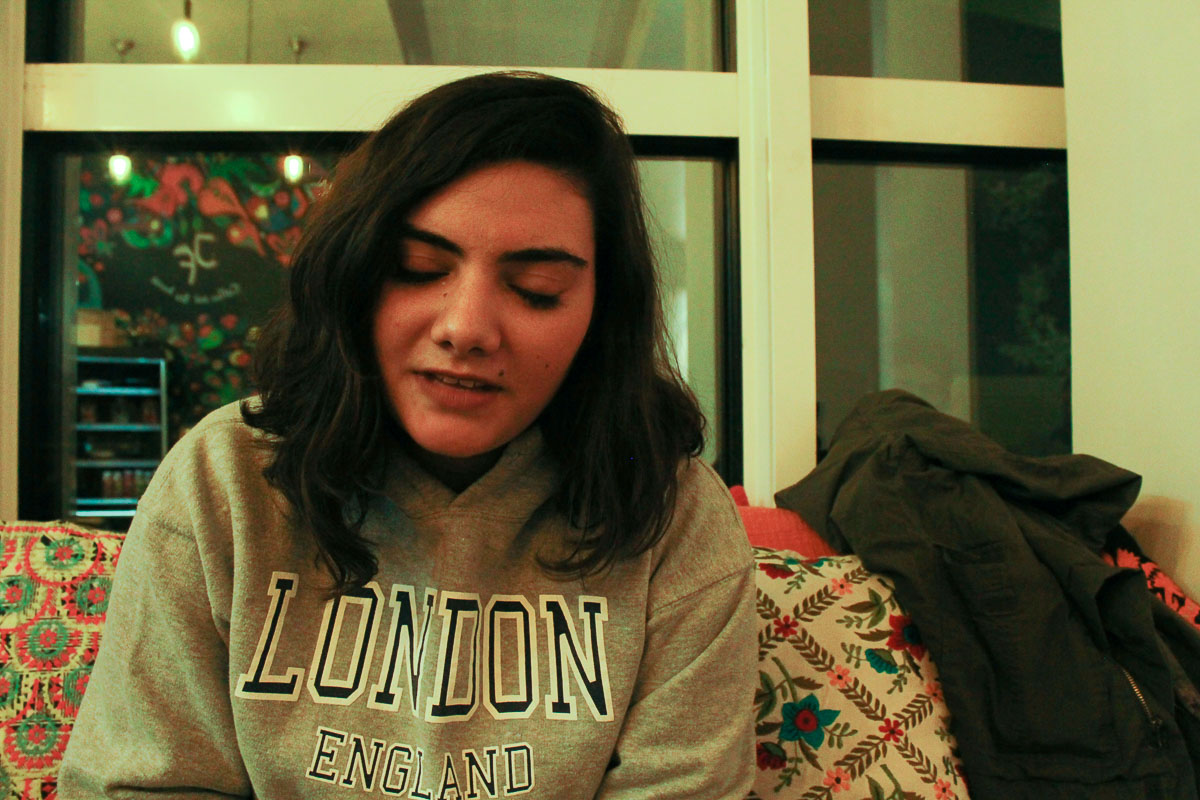 Meera Irshaid is one of the few female human rights rappers from Jordan, rapping about current issues in Jordan.

Growing up in a country full of diversity and divides, Meera Irshaid is trying to make a difference through the simple act of art.

Accompanied by only her thoughts and a pen and paper the Jordanian-Palestinian constantly writes to form rhymes and flows that will eventually turn into the music she knows today.

“I used to write about Palestine and about the people of Palestine that are the victims of war,” she said.

Meera Irshaid is a 24-year-old female rapper based in Jordan with Palestinian roots. As one of the few female rappers, she wanted to create greater awareness about issues happening within the region.

One matter that was close to her heart included the right of land for Palestinians.

“I decided to create something to make a movement and talk about something that is very dear to me,” she said.

“I liked to write about Palestine and about the people of Palestine that were the victims of war.”

Palestine and Israel have long been in conflict with each other due to land dispute. Beginning in the early 20th century with Jews fleeing persecution in Europe and wanting to establish a national homeland in what was then an Arab-Muslim majority territory.

A majority of Jordanians come from Palestinian background. With around 30.6 percent of the population accounting for non-Jordanians, according to the Jordan Times.

Meera mentioned in one of her songs that she aimed to go to Palestine to visit her homeland.

Aside from music, however, her spirit for this issue had inspired her to create a docudrama about her grandfather, as a local Palestinian who migrated to Jordan. 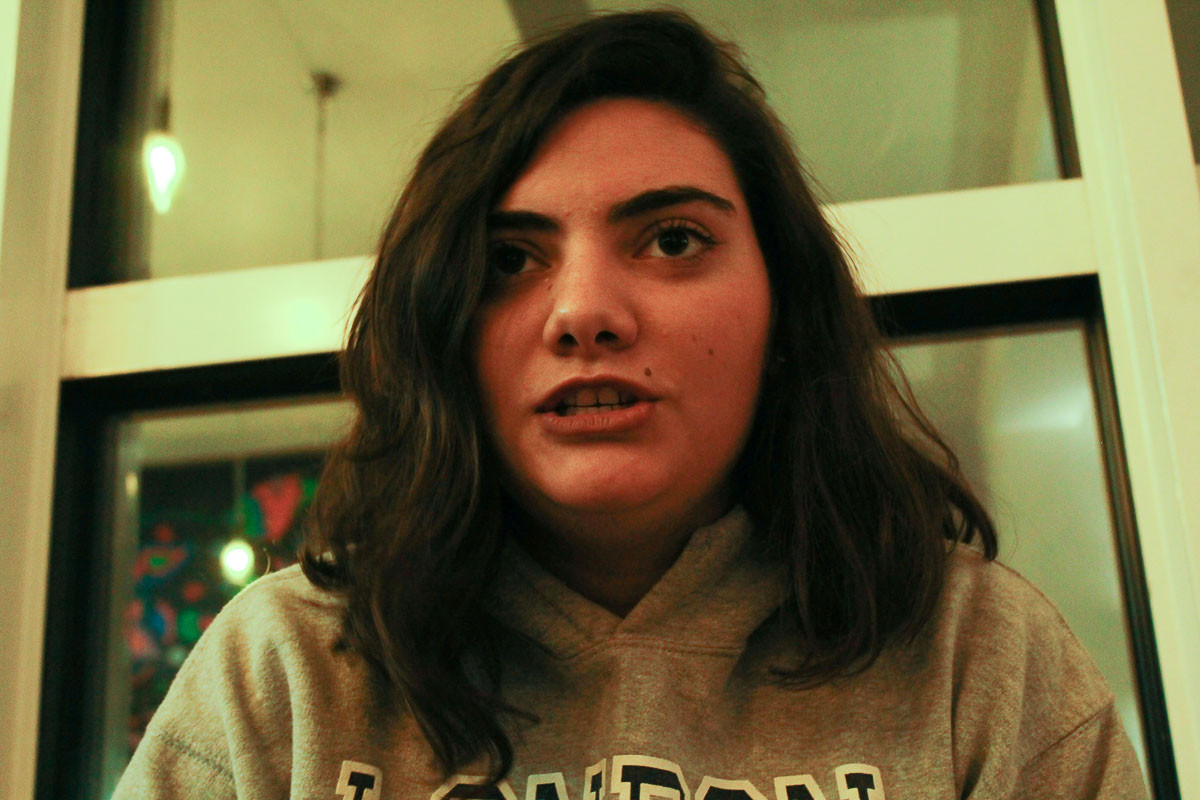 Meera talks about her grandfather and his fight for Palestine.

A man digs through a dirt patch hiding a white sack full of weapons. This was what Mohammad Irshaid was doing before he was taken to an Israeli prison.

Meera’s short film talks about her grandfather Mohammad Irshaid accused of being a Zionist and sentenced to an Israeli jail.

“[The incident] happened around 1969 and we shot the movie at my grandfather’s house,” she said.

Meera’s grandfather was smuggling weapons to Palestinians fighting in the homeland, where eventually Israeli soldiers found out and arrested him in front of his wife and children.

The Jordanian rapper said she wanted to create a movie that depicts the struggles his family had to face as a Palestinian within fleeing an occupied country.

The movie was set up through the eyes of Meera’s father witnessing his father being accused as a traitor. The movie was also depicted through Meera’s grandmother, stating the innocence of her husband.

Many attempts have been made to broker a two-state solution between Israel and Palestine, involving the creation of an independent Palestinian state alongside the State of Israel after Israel’s establishment in 1948.

Meera was greatly influenced by his grandfather, following in his footsteps through her music.

She said Palestine continued to be a big influence in her lyrics and she would like to create more awareness regarding the victims this war has taken.

“Most of my lyrics are based on women’s rights and experiences,” she said. 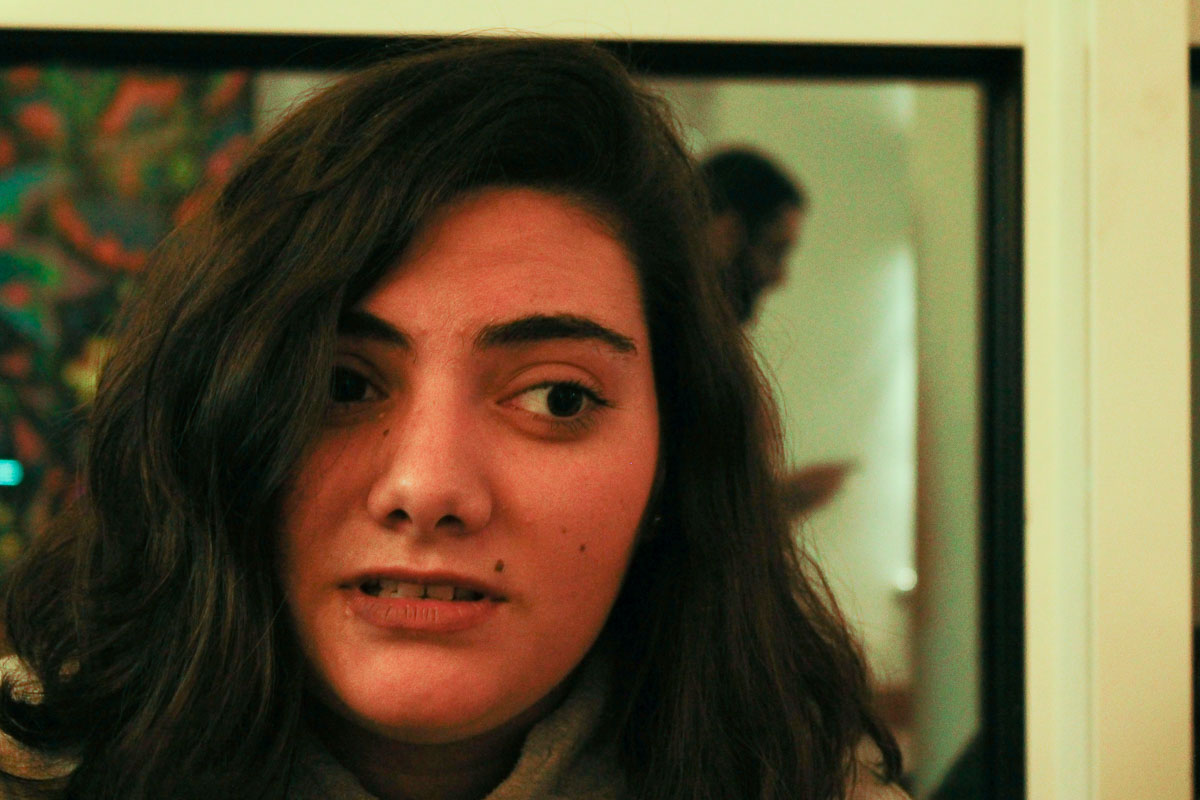 Meera shared her concerns about women’s rights in Jordan.

Another issue Meera is concerned with is women’s rights.

Women’s rights have long been an issue within Jordan and the region. With Jordan having one of the lowest rates of women’s workforce participation at 13.2 percent, according to USAID.

Jordan is also known for its article 308 penal code which allows a rapist to marry their victim in order to avoid charges and family dishonouring.

“I decided to write a song about the article 308 of the penal code to spread the message for people and women,” she said.

A majority of women in Jordan get married to their abusers. The girls that were victimized were still forced to marry their abusers.

According to the Jordan Times, factors deterring female survivors from filing a complaint include family and threats from perpetrators, which represented 28 percent of those surveyed.

Fortunately, the article 308 was abolished with the support and movement of men, women, and women who were previously victims through social media, music, theatre plays, and campaigns. 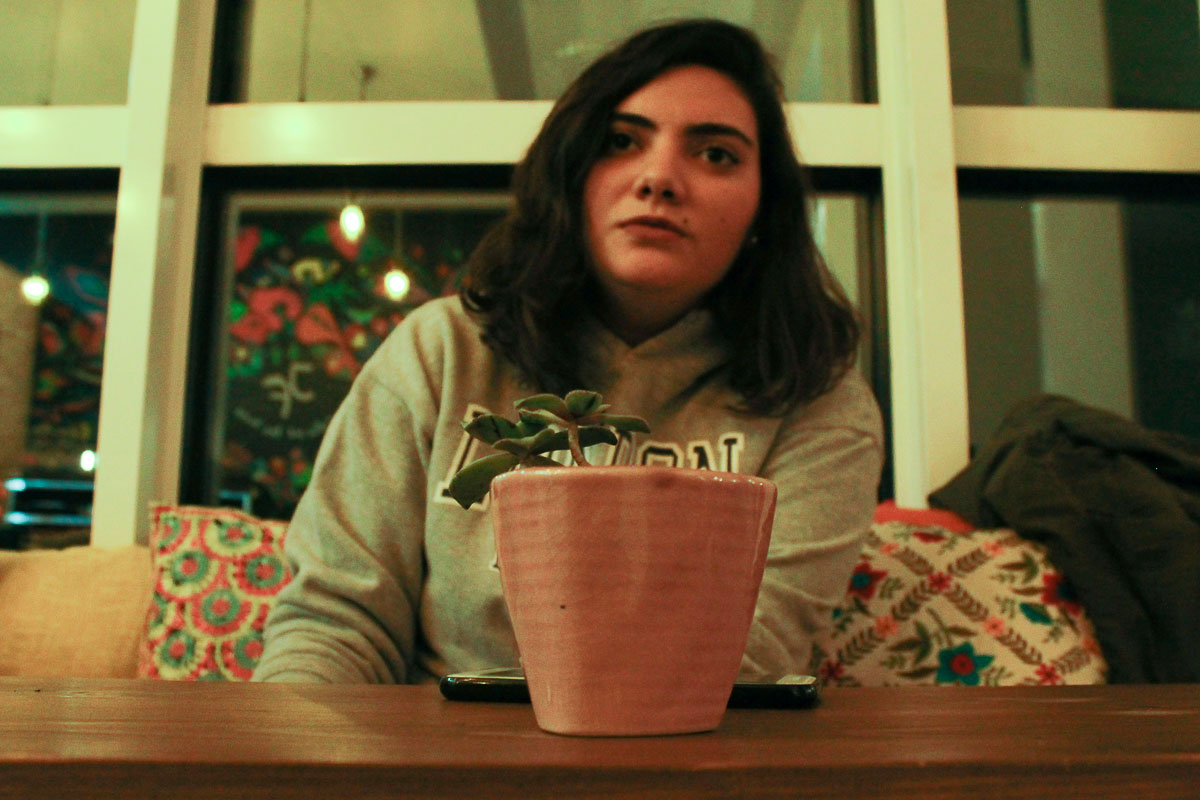 Meera has written many songs about women’s rights, including the 308 penal code.

Meera said this was an important issue to talk about and thought the best way to spread awareness would be through her music.

“I participated in a few organizations and workshops where they were teaching girls from the ages of 14 to 22 years of age, to encourage them not to get married at such a young age,” she said.

“The workshop teaches girls to take care of themselves, finish their education, and work and earn their own money.

“Unfortunately, most of the girls that took the program got married at the age of 16 years old, 17 years old, and one of them was 18 years old with a baby and divorced.”

“You can never find equality between women and men and I believe that we can serve justice,” she said.

The numbers of young marriages were quite high until recent years where the numbers have dropped down.

The female rapper is currently focusing on pursuing filmmaking and her personal music.

However, she said it was difficult to try and pursue her goal in the art industry seeing the lack of support within the industry.

“I really want to be a director I tried getting a scholarship, but I couldn’t that’s because there’s no major support and it’s too hard to get that scholarship here in Jordan,” she said.

Meera said she saw improvements in the art scene in Jordan, however, and felt the key was just to focus on yourself and pop out in the industry.

“Right now I’m focusing on my music I really want it to be unique and perfect,” she said.

“Don’t aim towards fame but aim for being unique in your own style and concept, that’s what’s going to last and mean something.” 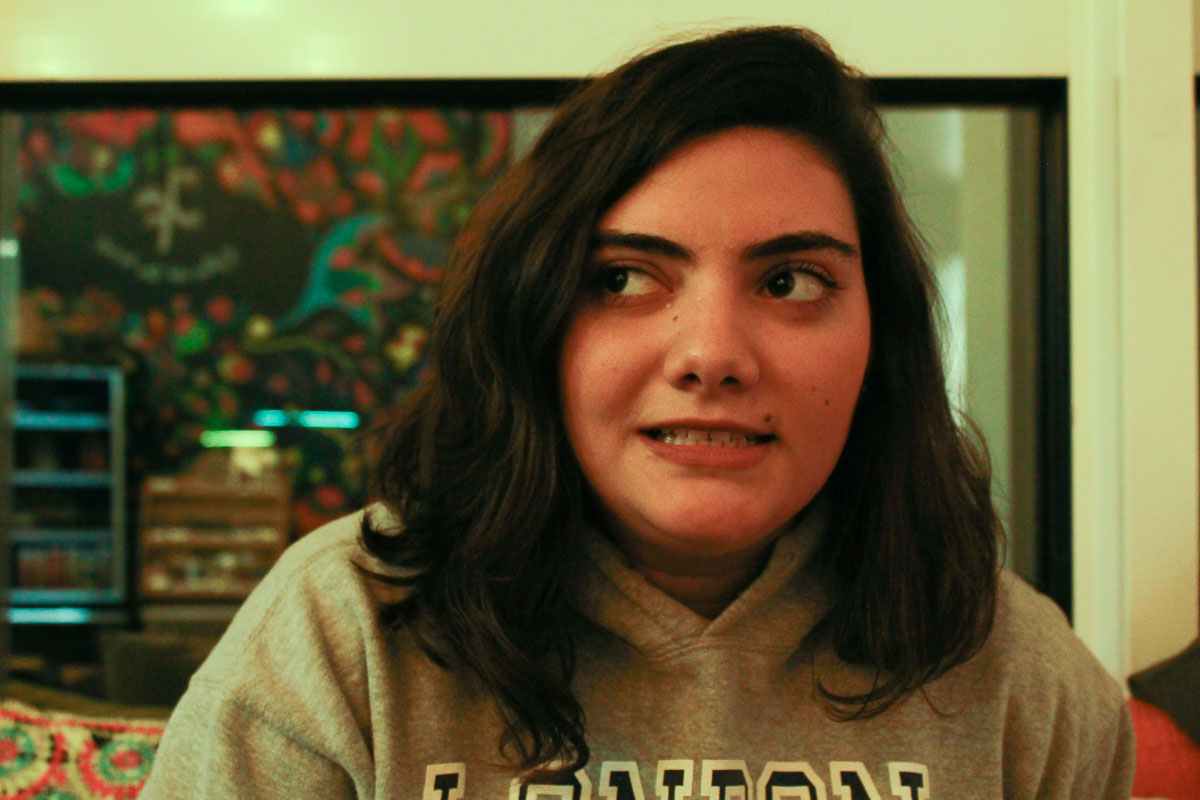 “Don’t aim towards fame but aim for being unique in your own style and concept, that’s what’s going to last and mean something.” 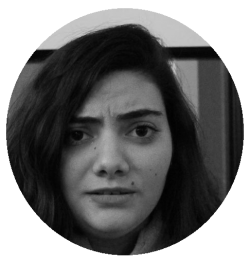 Meera Irshaid is from Amman, Jordan, she is 24-years-old and one of the first female rappers in Jordan. She is currently working as a sales manager and she studied media. As a human rights rapper, Meera consistently writes her music about Palestine and women’s rights, also aiming to spread awareness about the issue her documentaries.

Check out Meera’s Soundcloud and her Grandfather documentary to look at some of her work.