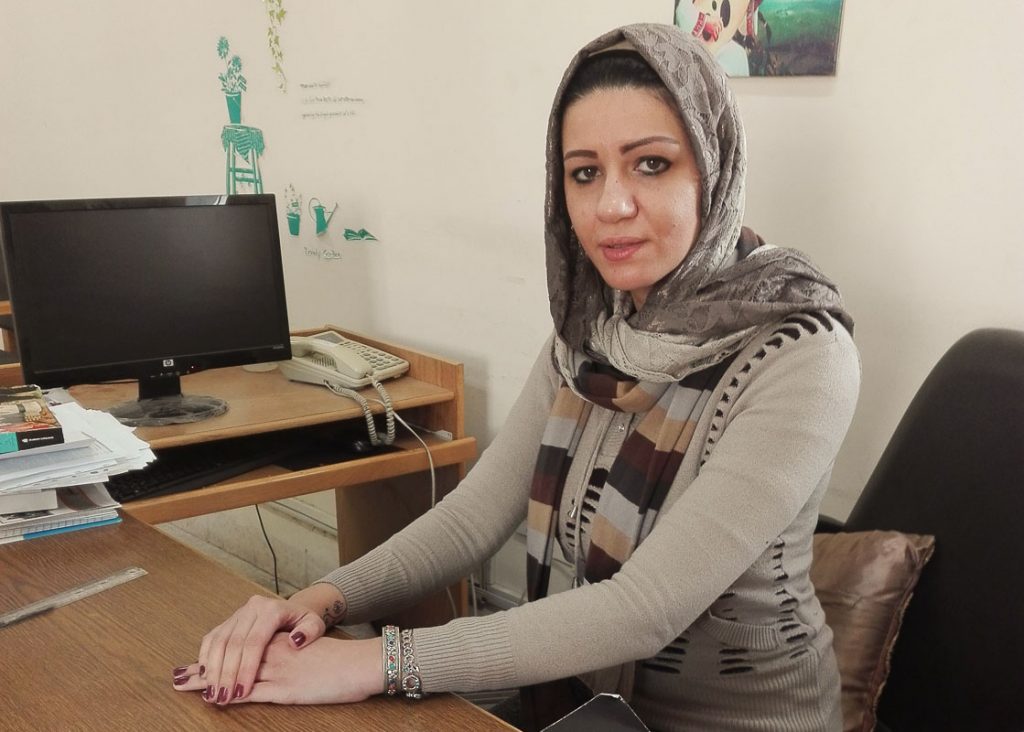 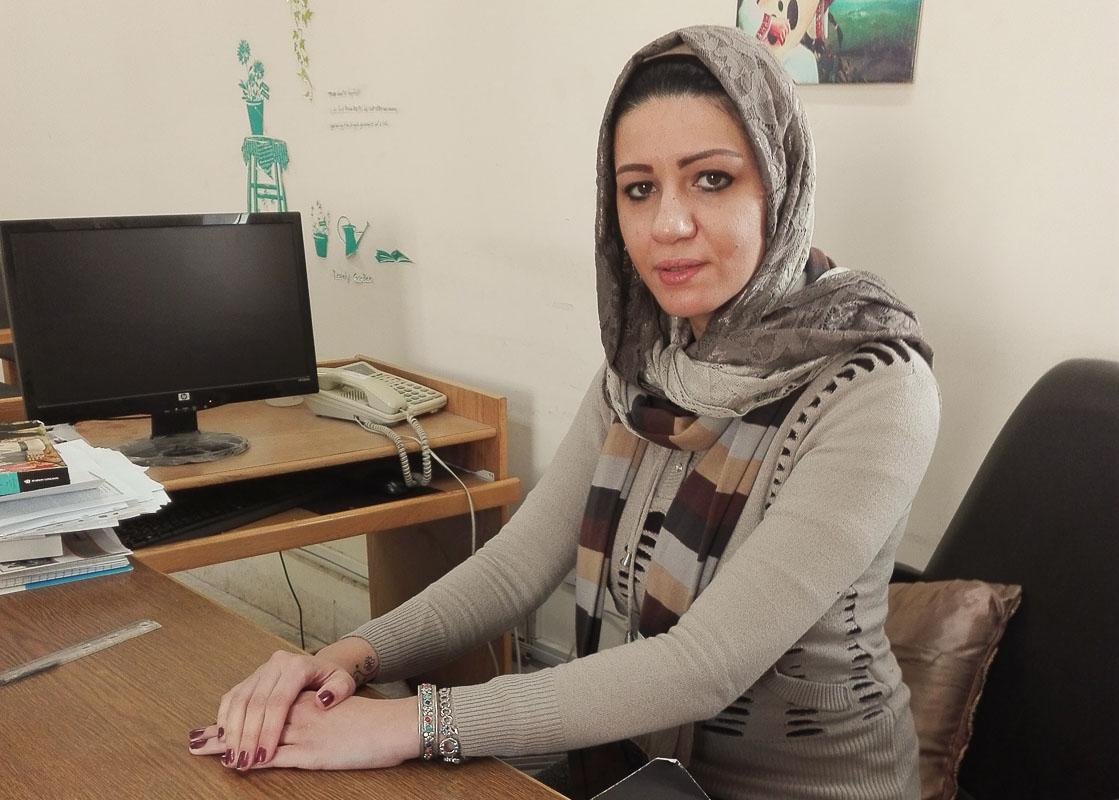 Dr Sumaya Haj is an assistant professor of English literature at Zarqa University in Jordan.

What is humanism and what is feminism?

Humans have always been in the driver’s seat of the values, interests, and dignity of other humans. As of this moment, there is still no other creature able to affect a person the way another human can.

Although there is a range spectrum of feminist views, feminism is generally perceived as women suffering certain injustices on account of their gender.

Humanism, on the other hand, is an ethical stance that emphasizes the eminence of humans, individually and collectively, putting logic and evidence over superstitions and supernatural beliefs.

Edward W reclaimed the term humanism in a positive sense to describe a practice for what is, in the end, a defence against inhumanity: historical, rational, and critical thinking (which includes the philological method) informing responsible, activist social agency.

Many feminist and humanists have had to include educating people about what their cause is all about, as many uninformed or misinformed people have gone extreme for feminism or against it based on their knowledge.

Talking to a Human rights advocate teaching in a prestigious university in Jordan, she opened up about her views and experiences since she took on increasing the values of other women.

Dr Sumaya Haj is an assistant professor of English literature at Zarqa University, Jordan. She explained her views about the way feminism is perceived and the reason it was seen this way, especially in Jordan where she currently lives.

“When we say feminism, people always think we mean women should be liberated in a sexual way, and they should become immoral,” she said.

“Many men and anti-feminists are always using religion and morals as a tool against feminism and most of them are not even religious.

Patriarchy and gender stereotypes are some of the major concepts embedded into feminism. It deals with the dominance of men in the society and the negative generalization/misconceptions about women.

These two concepts have always been a topic of highlight especially in the Middle East and have generally called the attention of feminists and humanists all around the world.

Dr Sumaya Haj went ahead to explain how much patriarchy has affected the state of women where she lives.

“People here, especially men, have double standards.  They, for example, reject western values related to women and accept those related to men.  For instance, they want women to follow the traditions in the way they are dressed or regarding travelling abroad because following the western values will lead to unchastity and will thus corrupt the society. Meanwhile, patriarchal people accept lifestyle changes when it comes to men, and they call it civilization,” she said.

Bringing in religion into the spectrum, she went on to put more light on the humanism in feminism, and why it should always come before religion.

“Thinking further about all these, humanity came before religion, we have to remember that when religion appeared, it came with a message about humanity, it stressed the ideas of morals, ethics, brotherhood and sisterhood,” she said. 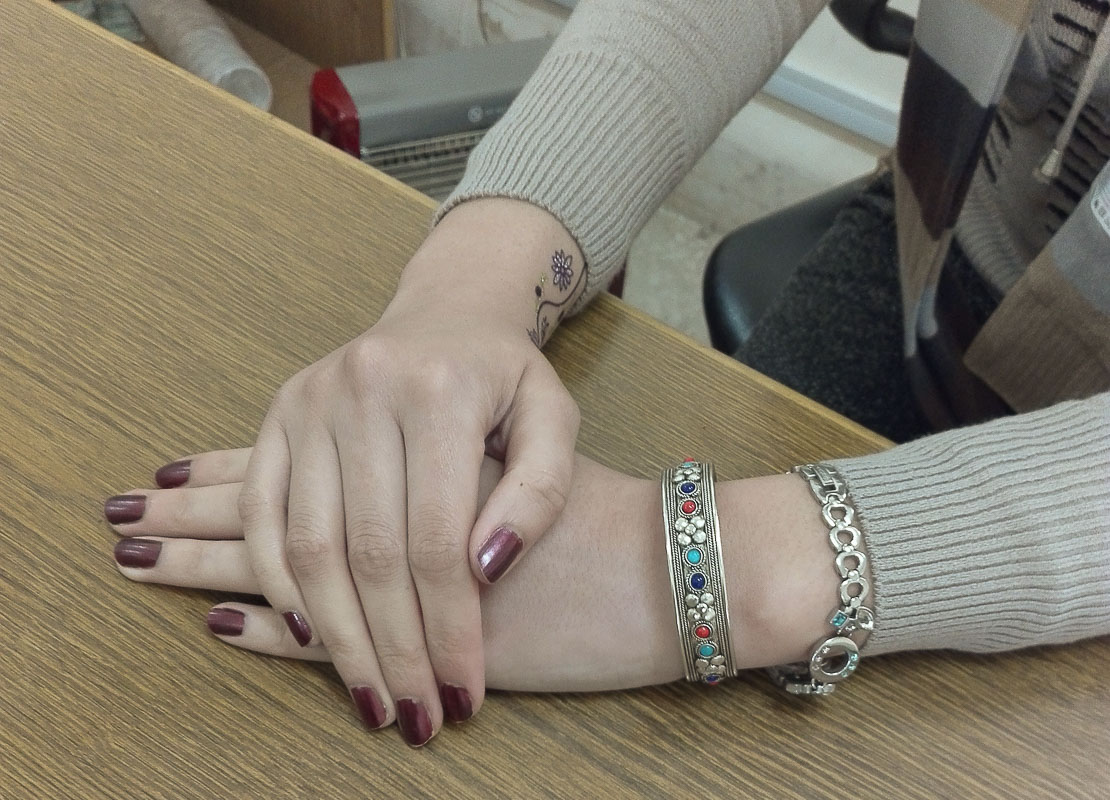 Claire Wallace was a British sociologist and writer who was a professor at Aberdeen University. Her most famous work is An Introduction to Sociology: Feminist Perspectives, where she said: “The education system is patriarchal and the hidden curriculum reinforces gender differences.”

Education and awareness have always had a high success rate in forming and establishing ideas in human history.

Percy and Rossiter argue that the two types of awareness namely recall and recognition, operate in fundamentally different ways in human decisions.

Dr Sumaya went ahead to explain how education and awareness can also work in helping the youths and the nearest future attain a point where the values of humans should be paramount.

“I recently started to teach cultural studies course at the university and the first text I taught was by Henry Newman, who was a clergyman in the 19th century, and though he was religious, he supported education that focuses on secular science, which is changeable and can be developed, unlike religion which is fixed,” she said.

“Young people should be able to think. Around here, it is perceived that any information that comes from all other parts of the world, especially the west is a threat and a conspiracy, and then we just enjoy the idea of being victims.”

Dr Sumaya also went ahead to explain that the openness and fluidity that we need in education cannot be realized if we keep thinking that knowledge is fixed and pre-existing.  We have to open new vistas for our students to make them appreciate their minds and believe in the power of science.

“People and education here have the fear of thinking, they assume thinking is dangerous and they use religion as an escape from thinking, this idea should be overcome,” she stated.

“We should be able to allow ourselves to have access to new ideas and to build our own ways of thinking, others opposing our ideas shouldn’t make us change them. We should not be afraid of changing our ideas because change should not be perceived as negative.  Moreover, we should not be vulnerable that we feel that any idea is threatening to our norms and traditions.  People can stand firm against any idea that they do not believe in if they really understand their purposes and their demands whether as individuals or as communities.

“Students and the education system should know that information from other parts of the world can help greatly in the evolution of ideas because, since the beginning of time, we’ve built ourselves and grown on each other’s knowledge. Closing the door on ideas keeps our existence limited and stagnant.” 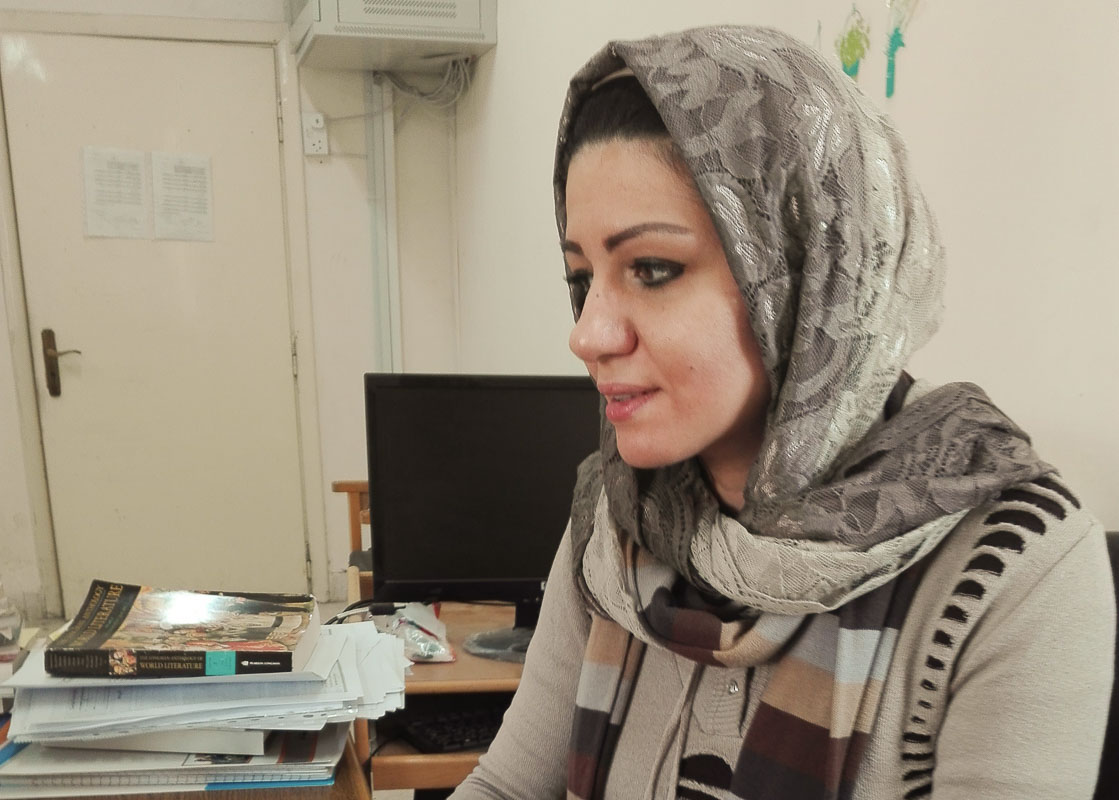 Dr Haj fought for the equality of women and men.

Conformity is a type of social influence involving a change in belief or behaviour in order to fit in with a group.

It has been known to be a prominent component in the growth of patriarchy and gender stereotypes in most parts of the world.

Dr Haj further commented on the great and uncontrolled effect of conformity on the society and discusses how it can be managed.

“I believe patriarchy is bad for both men and women because men become types and copies of each other, as they tend to be in line with other men in the society to protect their image and as a result, they lose their individual identity,” she said.

“They don’t want to be different, they find it easier to go with the flow, so they won’t be criticized; they are weak and lack the strength to keep their identity as a man. Each person should be different; he/she should be able to have his say against gender roles imposed on him/her by the society as an individual.

“Even the education system here has been designed to make young ones copy of other people and they end up getting information just to get a degree or proof of education.”

Staying true to yourself takes a lot of work and a lot of sacrifices. Perhaps the greatest sacrifice is learning that staying authentic to yourself means letting go of so many falsehood and misconceptions of who you truly are.

Dr Sumaya Haj further explained how being different had been seen as something on the negative side and should rather be a positive tool.

“Humanitarians these days have highlighted the prospects of being different as a key move to make a more progressive society. When we look at objects, the more colours they have, the more interest and beauty they create,” she said.

“Difference has been understood as a negative idea, and on a clearer view, it is a positive thing that should be celebrated.”

Maya Angelou said “we all should know that diversity makes for a rich tapestry and we must understand that all the threads of the tapestry are equal in value no matter what their colour.”

Humanism, by the International Humanist and Ethical Union is defined as a democratic and ethical life stance which affirms that human beings have the right and responsibility to give meaning and shape to their own lives.

This view gives solutions and covers the worriment of societies and people struggling against gender stereotypes and Patriarchal systems. 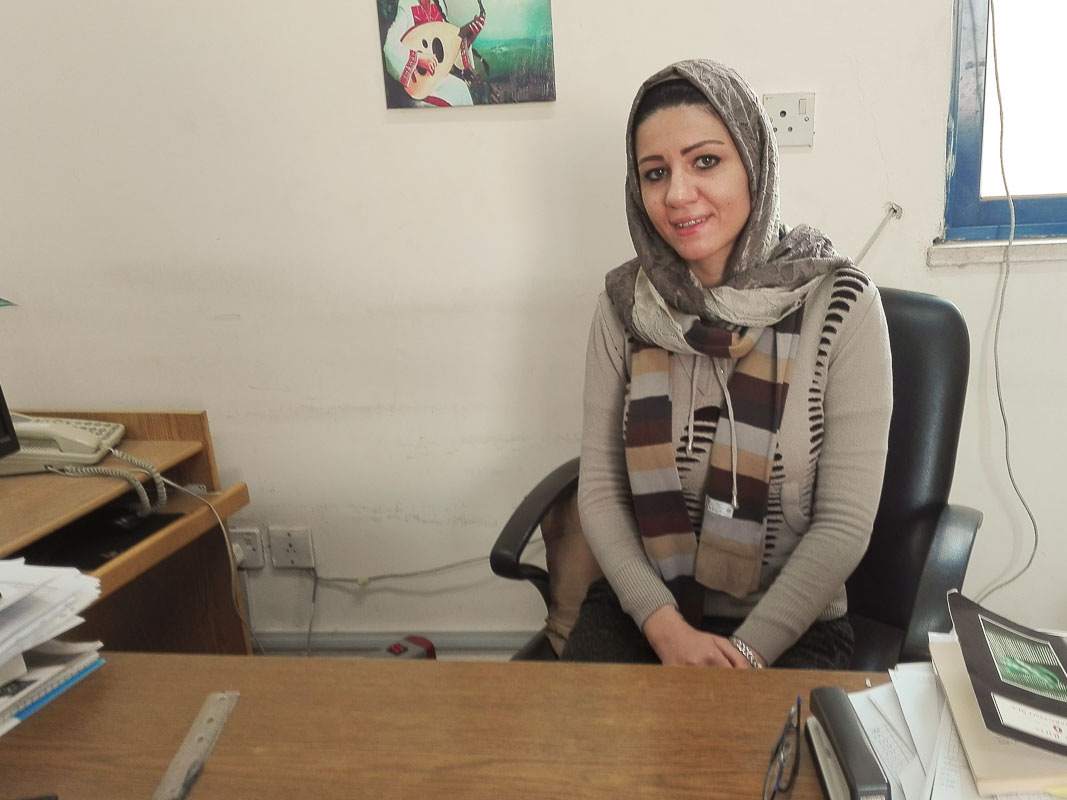 “When we look at objects, the more colours they have, the more interest and beauty they create.” 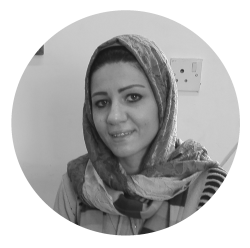 Dr Sumaya Haj is an assistant professor of English literature at Zarqa University, Jordan. Her main interests are research and teaching. She has been active in different literary studies, such as postcolonialism, feminism, cultural studies, modern and postmodern poetry and psychoanalysis.

Her goal has always been to help her students build up their unique personalities through learning and unlearning.