Rhythms with Refugees: striking a chord with Jordan’s displaced communities 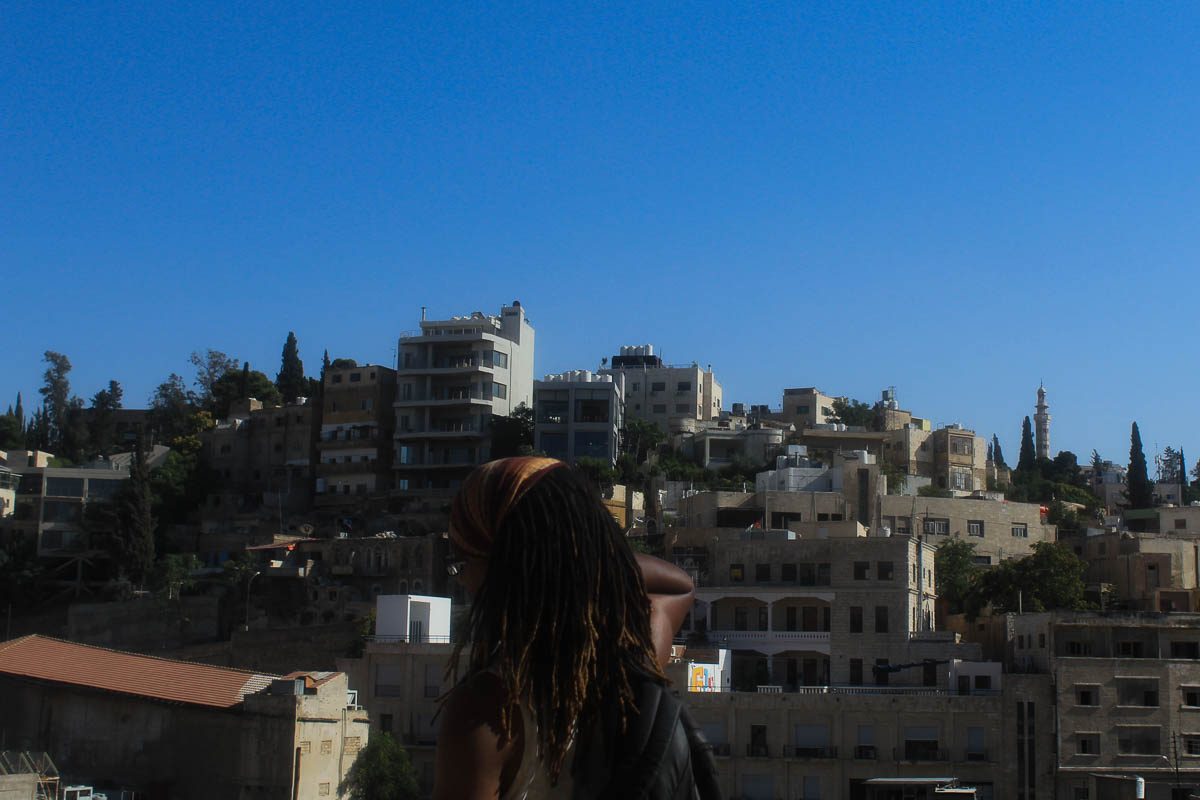 Rhythms with Refugees: striking a chord with Jordan’s displaced communities

Amongst raging civil wars and humanitarian crisis, it is difficult to imagine that there could be time to reflect and cherish home culture for the 700,000 refugees currently in Jordan. Yet, one percussionist from New Orleans has been doing just that.

Brad Broomfield has been teaching Arab percussion and culture to refugees in Baqa’a refugee camp and other areas in Jordan through his project ‘Rhythms with Refugees’, allowing many displaced individuals to regain the culture and music that defines their own heritage.

Fulfilling the role of principal percussionist of the Jordanian National Orchestra and teaching Western and Arab Percussion at the National Music Conservatory, Brad came to Jordan at the age of twenty-eight. After a year and a half, the musician decided to launch a project combining his strongest passions: music and social change. 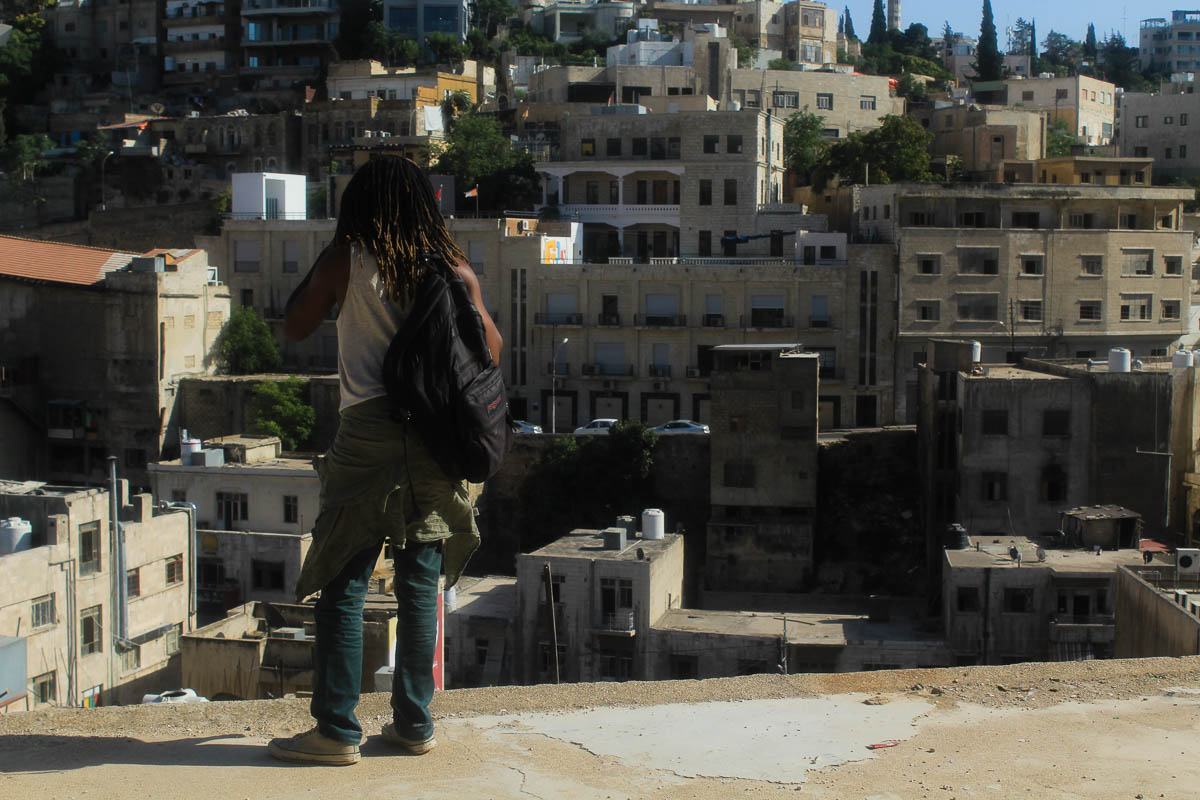 Brad Broomfield is the founder of a project based initiative Rhythm for Refugees, looking to promote culture and music amongst refugees in Jordan.

It would not be his first project of this nature. In 2012, Brad had co-launched a similar project, Drumming for Social Change, in America.

“The idea was that we’d use music and culture from different parts of the world to engage marginalised youth in America,” Brad said.

“We went to Brazil and we researched music and culture there and turned it into a curriculum so that we could use it with kids in different communities in Philadelphia, mainly African American youths. [The kids] loved it, so we then started taking African music and putting it into the community.”

Following a trip to Ghana, Bloomfield continued to bring his knowledge of African music back to African-American communities in the United States, who delighted in participating in the culture that might have been lost to them. The musician applied the same concept to Rhythms with Refugees in Jordan.

“Here [in Jordan] I didn’t want to use African music: it is possible, they have different sorts of projects here that use various types of music, but I thought why not give Arab refugees their own culture,” Brad said.

“I wanted to use local teachers because obviously I’m not Arab myself, but I wanted to see Arab people giving them their culture back.”

“The power of people knowing who they are through their own music and culture is, to me, really important. When I think of kids who might be refugees from Syria or Iraq, they might not have the same opportunity to learn things that they would have learnt if they had stayed home, like Arab drumming or these things. Yet this is the music of their people,” he added. 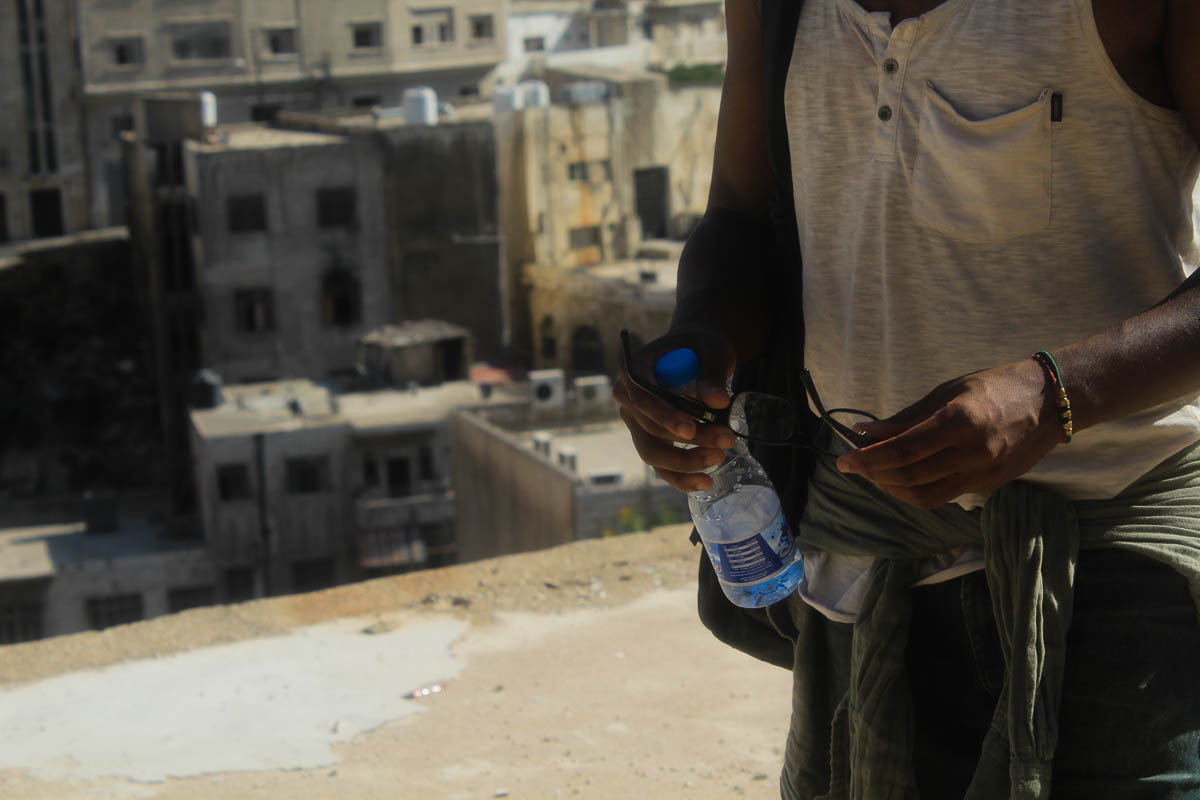 Brad is looking to expand cultural understanding amongst different traditions through his efforts.

What Brad had built was not only a popular and engaging project but a sustainable and diverse one. Unlike many groups working with refugees, Brad had managed to appeal and adapt to different ethnic communities through Rhythms with Refugees.

According to UNHCR in 2017, there are 736,396 registered refugees currently situated in Jordan. The refugee population is diverse: individuals from Iraq, Somalia, Yemen, Sudan, Palestine and mostly Syria fleeing to Jordan. Since the outbreak of civil war in 2011, Jordan has played a key role in the Syria response, with hundreds of thousands of Syrians fleeing to the country’s villages and camps.

“I think it’s important too that we think about refugees that don’t get much attention, like Sudanese and Somalian refugees, who also might have a different cultural background. They might speak Arabic, but their ‘on the ground’ culture might be a little different,” Brad said.

“With Sudanese, their language is similar [to Arabic], but their culture branches out a little more, so if we end up doing our project with them, like we intend, the curriculum will shift a bit.”

In terms of sustainability, Rhythms with Refugees continues to thrive despite Brad moving to Jerusalem. Local teachers, inspired by Brad himself, keep the initiative moving and the project has formed a partnership with UNRWA. Beyond that, Rhythms with Refugees requires few organisational costs. Yet the path to success has not always been so simple.

“[My biggest challenge has been] learning how to harness my strengths to the good of my community. That’s something I’m still doing,” Brad said.

“I like music, I like culture, I like understanding different communities and different people. I’m just trying to find a way to use that to help my community.”

A city rich in music

Having grown up in New Orleans, Brad was inspired to pursue a life in music. Jazz was deep-rooted in the cultural traditions of West Africans, who formed half of the population of New Orleans by the break of the eighteenth-century. Whilst jazz remained a largely African-American domain, it spanned across the French, German and Irish communities that would later develop in the city.

New Orleans’ distinctive rhythm continues to this day. The city is not just home to world-famous jazz musicians such as Sidney Bechet, Louis Armstrong and Baby Dodds, but also a number of prominent blues and hip-hop artists: Lil Wayne, Mystikal and Fats Domino all grew their musical roots in New Orleans. Bloomfield’s upbringing was equally marked by the music and dance of New Orleans, and the musician thrives in the music-rich Middle Eastern and African communities across the globe.

“Music, of course, is an expression. Music is a voice. No matter what people say, music is always political,” Brad said.

“[Music] definitely says something about how you see the world and that in itself is a form of politics, especially if your music is expected to reach other people. You’re spreading your ideas about humanity, your lifestyle and you’re sharing it with other people; people have a choice to have it on board and so this gives it the potential to start movements. That makes it impactful. 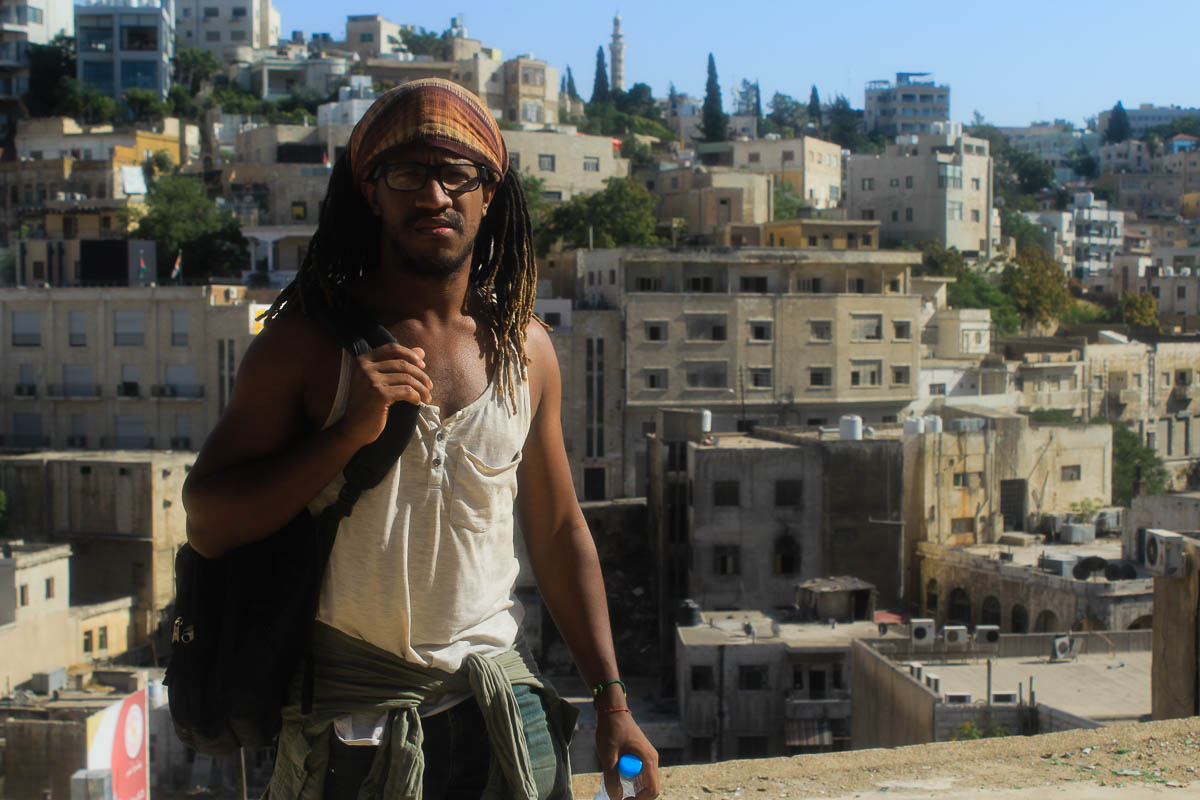 Brad believed that a common error in politics and humanitarian development is the failure to listen and spend time with local communities in need, with many politicians acting only on their personal judgement.

“If you want to help in your community, you have to be willing to listen: listen to individual’s stories, and then listen to the community as a whole. Your work should be based on the needs of the individuals, but also on your experience there, which takes time. It’s hard to run into a country for the first time and give people what they need when you haven’t even been there.”

Throughout his travel experiences, the musician has recognised the crucial similarities and differences between cultures. Notably, Bloomfield believed we are all connected politically, but separated culturally

“The company’s goal, at least in my head, would be to show the beauty of people because there are similarities and differences, like the political similarities, we are all searching for more and less similar things, but [we have] our cultural differences too, which are beautiful in themselves. They also manifest in our problems, which are unique.”

Brad sought to continue using both art and the person as a catalyst for social change. Having found useful assets beyond art, such as organisational and people skills, Brad believed that creative individuals need not always present themselves as just an ‘artist’ for change.

In the future, Brad saw himself returning to America to aid the communities that raised him with the knowledge he had gained from travel and experiences across the globe. 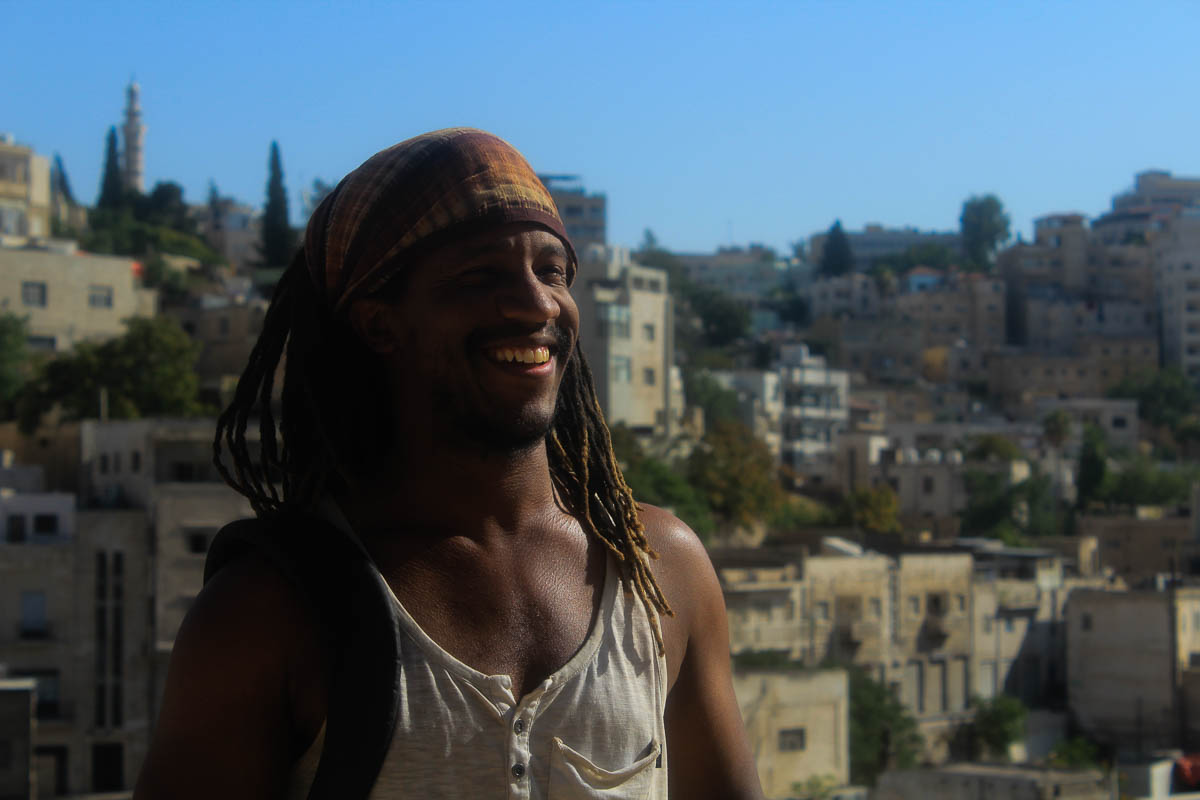 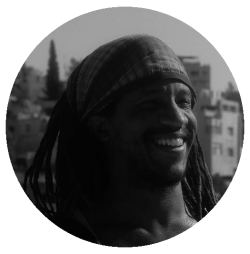 Brad Broomfield is the founder of Rhythm with Refugees a project based initiative teaching refugees how to play music in Jordan’s refugee camps. The project teaches cultural music from within the region, where Brad hoped would make the community more in touch with their culture and traditions. Brad is also a former percussionist for the Jordan National Orchestra.

He had conducted similar projects before for African American communities in the United States and is continuing his path to change in Jerusalem.