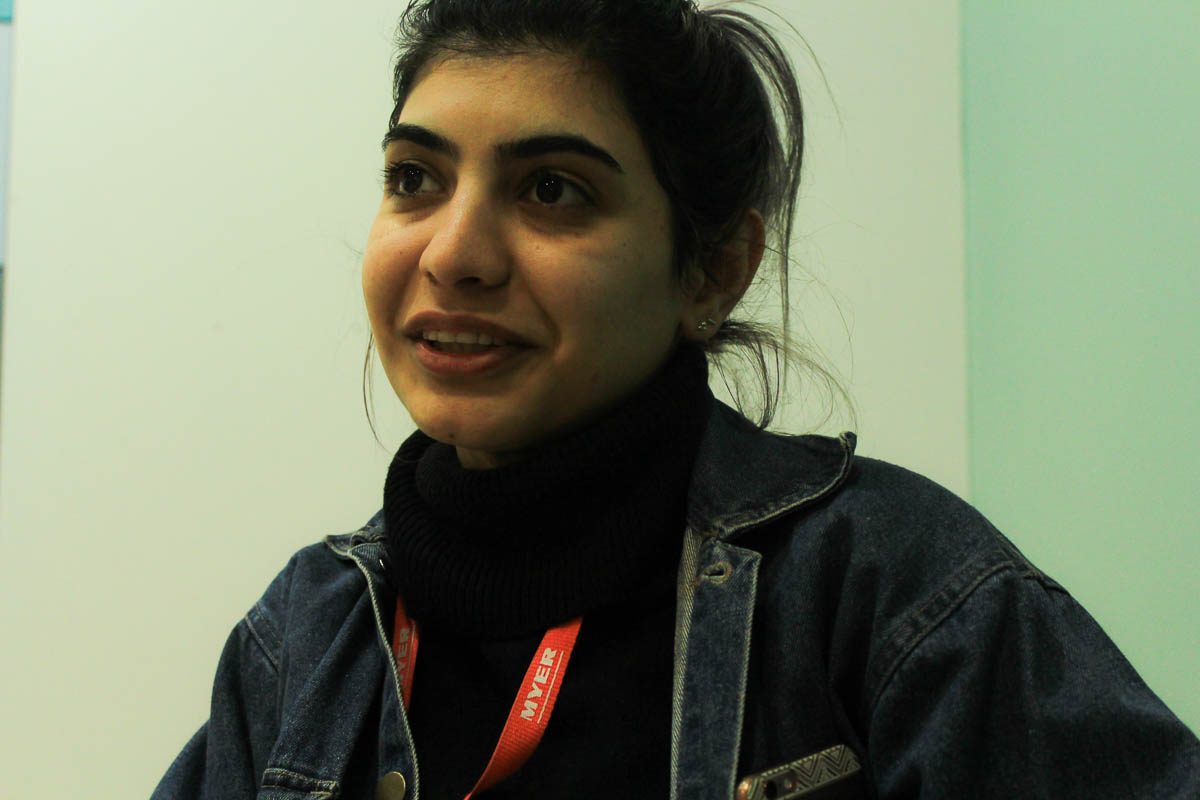 In a world where borders are nothing but figurative lines and being nomadic creatures is all the rage, what exactly is normal?

Travelling to a different country, you will almost always receive the question of ‘where are you from?’ This long-aged question then forms another question of ‘why did you come here?’

Do these questions form because you simply do not look the part as a local?

Migration has turned racial profiling into a more common thing in the light of society. With the diversity of society today, it is no surprise to see people profiling where you are from or creating prejudice assumptions about your race.

According to the Australian Human Rights Commission, one in 10 Australians believed some races are inferior or superior to others, as well as 18 percent of surveyors stated they have faced racial discrimination based on the colour of their skin.

Racism continues to be an on-going war in many countries. According to Pew Research Centre, 61 percent of Americans believed more still needed to be done in order to achieve equality between people of colour and Caucasians.

One mixed-cultured individual saw an effective method for better cultural understanding, however. 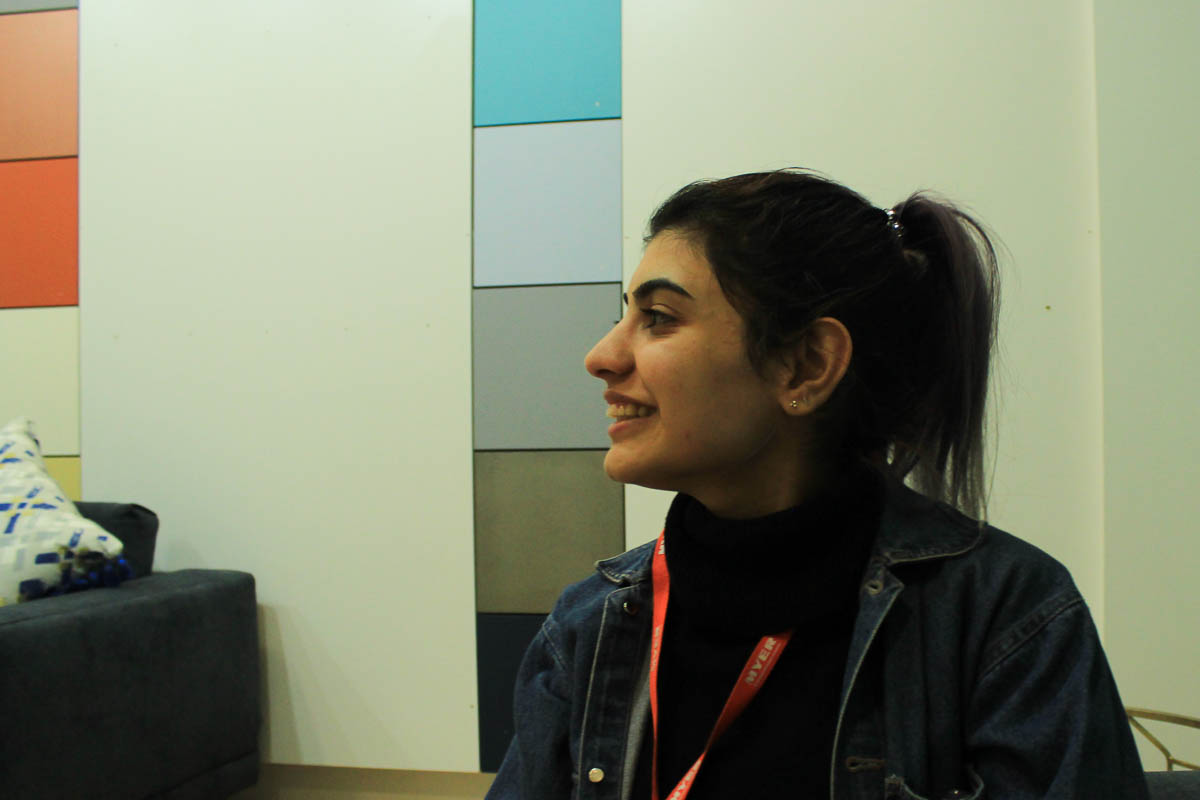 Meryl Bahmani is an Australian from Perth, Western Australia, growing up most of her life in Perth after her parents migrated from Iran.

Meryl Bahmani is an Australian from Perth, Western Australia with an Iranian background. Her parents migrated to Australia before she was born and had been living in Australia most of her life.

She felt one of the best methods to actually conduct intercultural communications is through actually experiencing the culture yourself.

“For me, that would be travelling and seeing new places and meeting new people, and meeting people similar culturally, yet we’re so different,” she said.

“Some places are scarier than others, but you really want to go, but it’s still terrifying because you want to go and you don’t know anything about it. Your only resource is mainstream media and your view is so obscured.”

The Perth local wanted to create a greater understanding than just visit a country, which was why she stated the importance of living abroad.

“It’s not even about seeing something new or seeing interesting looking people because I live in Australia, Australia is very multicultural and expresses different cultures, it’s just about living there and experiencing different ways of life; how do you guys wake up and go about your morning routine,” she said.

A life without a home?

Having parents from Iran, Meryl is no stranger to travelling, having had to go back and forth between Australia and Iran at times.

“After year one, I started schooling [in Australia] and then my family went back to Iran, so I went to Iran and did a few years of school and then I came back [to Australia] to finish my schooling,” she said.

“So I did two years of school there and then I came back [to Australia]. And I go back to Iran as often as I can, to visit my family, most of my family is there.” 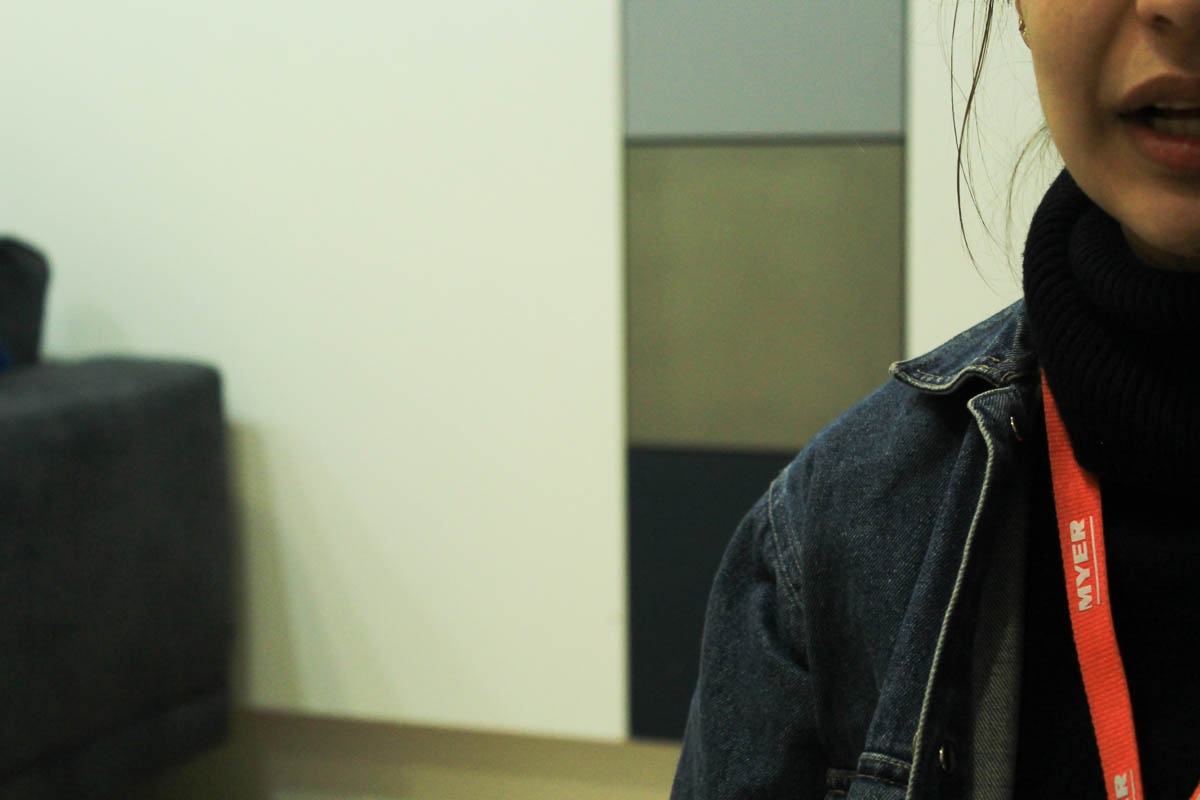 Meryl got to experience different cultures growing up, from both Australia and Iran.

Having experienced both cultures, Meryl understood the impacts of travelling on a person’s upbringing.

One in four Australians were born overseas and 46 percent of the population has at least one parent who was born overseas, according to the Australian Human Rights Commission.

The 2017 International Migration Report also stated there was an estimated of 258 million people living in a country other than their country of birth worldwide.

Though some cultural impact may lead to identity loss, Meryl never complained seeing how she saw Perth as her home and Australia in itself continues to be a largely diverse country.

“I used to hate Perth when I was younger, I used to want to go to Melbourne, but I really like it, Perth is home,” she said.

“Different streets usually have different memories to me, you know, I was born here, I lived here my whole life. I really love it. It’s peaceful, great weather, friendly enough people, it’s really relaxed. It’s a really relaxed lifestyle, when you go to these big cities there are so many people and it’s so busy, you don’t get as relaxed as you do here.”

That said, she still wanted to live the remainder of her life in other countries.

“I want to try living in other places, but I can definitely see myself retiring [in Perth] or down South somewhere,” she said.

“Spending my later years doing nothing but being at the beach and surrounded by nature, but for now, it is home and I’ll come and go, but it will always be home.”

The state of immigration

Though Meryl encouraged a life of travelling, however, she still saw the difficulties in earning money for her endeavours.

“My goal is to see everywhere there is to see and it’s just about finding the time and obviously the money,” she said.

Meryl is currently studying while working part-time in retail in order to fund her travel plans.

“After uni, I hope to go into a stable employment for a few years. I know it sounds boring, but it’ll be nice to have some sort of savings, buy a house, just have some stability for a few years, see if it’s even for me, you know, that type of life,” she said. 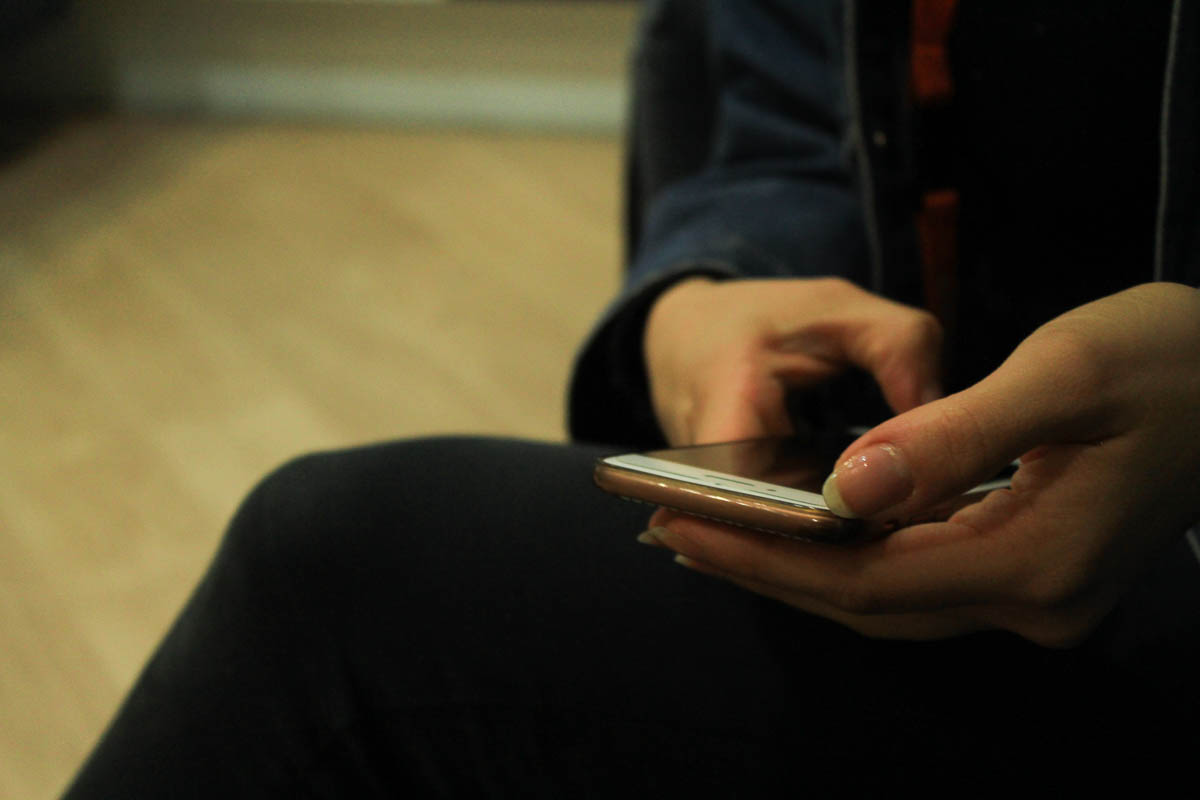 Meryl believed in chasing after her happiness.

The Australian stated though it was important to travel and understand different cultures, she felt the most important point was to chase after your happiness.

“My goal in life I guess is just to be happy and do things that make me happy and make people around me happy. It doesn’t matter how I get there,” she said.

“Travelling is important to me. I want to see what the world has to offer.”

She also hoped with not only travelling but by letting people travel to a country, they would be able to experience greater cultural understanding. She especially stated this about her country.

Meryl said she would love to see a world that was more open and accepting of culture, whether outside or inside your country.

“Australia is built on immigration and having all these values that are around being open and welcoming to people, and then our immigration policy and treatment of refugees are the exact opposite. So I do want that to change for Australia,” she explained.

“I want it to be more open and people to come in, especially with people who are against it, I want them to change and be more exposed to more stuff and more open and friendly and nice.” 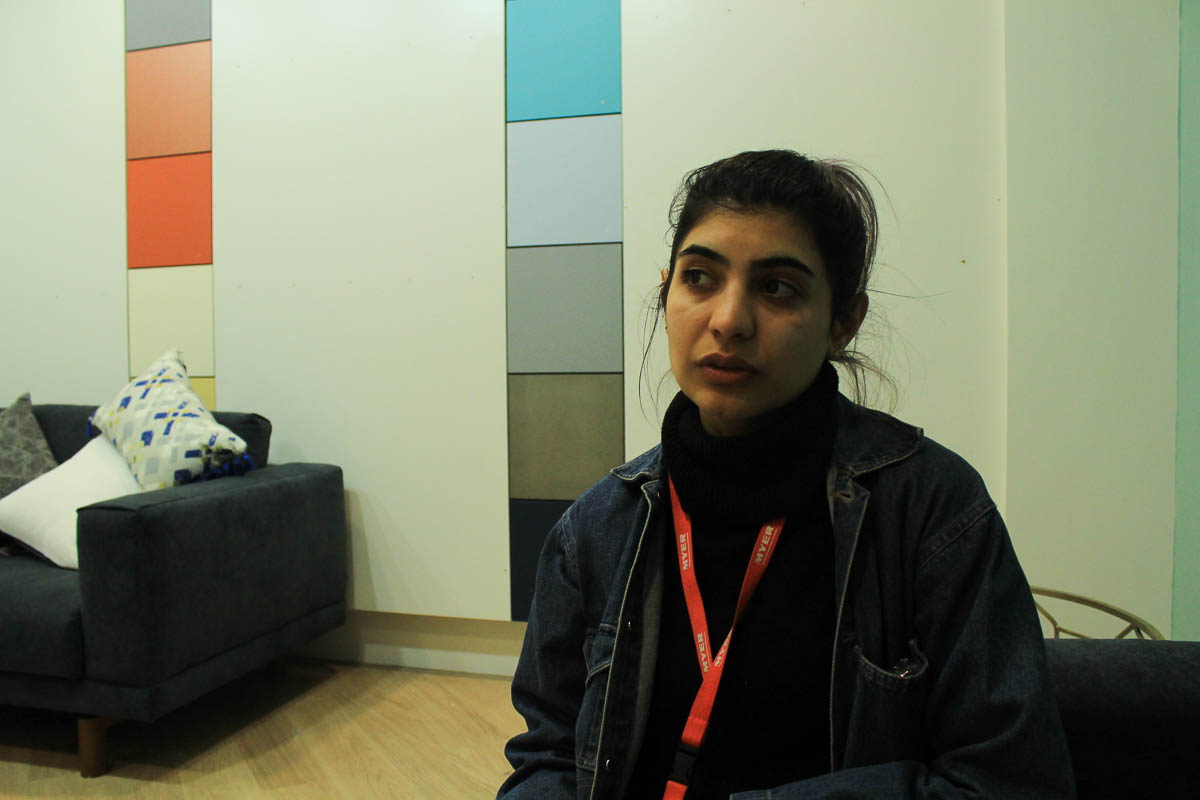 She hoped travelling will transform people’s mindset to be more open and accepting. 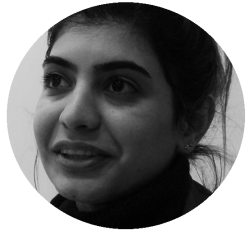 Meryl Bahmani is a student studying Business Information from Perth, Western Australia with an Iranian background. Meryl was born in Perth after her parents migrated from Iran years ago. She is a promoter of travelling and wants to be a life-long traveller. She felt understanding different cultures is an important element to adapt to within today’s changing world.