Why being disabled in the Middle East is no easy task 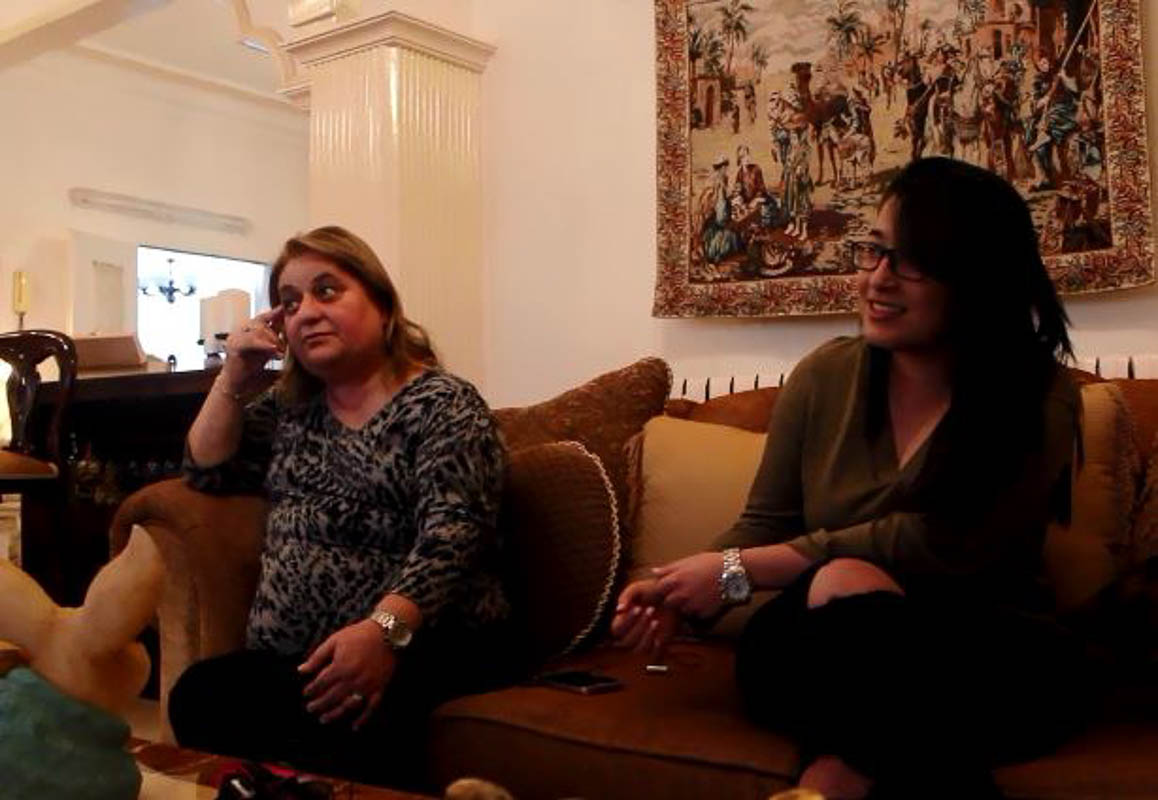 Why being disabled in the Middle East is no easy task

“I was at the neighbours, I discovered, before she was saying baba, mama, she read lips, we didn’t know she was deaf,” 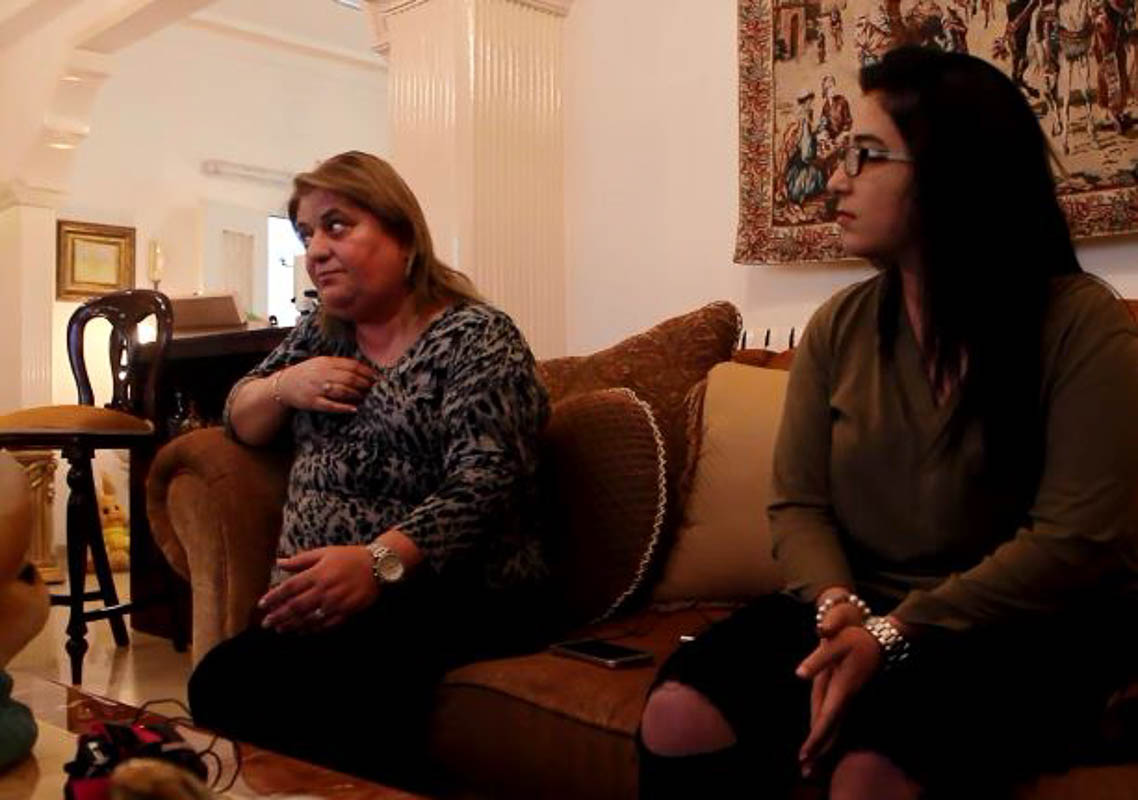 A mother and daughter have been fighting their whole life for the right to a normal life in Jordan. Abla Shahatit is a mother to one daughter, Hiba Shahatit.

Born with a profound hearing loss, Hiba has had to live without the ability to hear since she was born. Hiba, however, has managed to live a normal life — as normal as can be — growing up.

Abla has dedicated her whole life to trying to provide her daughter with the best upbringing.

Her daughter, Hiba, was a miracle after Abla struggled to have children for eight years. She was born at 1kg with a brother and a sister. Hiba was the only baby to survive.

Only later would she found out her daughter has lost her hearing.

After understanding her daughter was deaf, she tried to keep Hiba feeling like she was just like everybody else.

“At two years old, we discovered that Hiba doesn’t hear,” she said.

“Hiba was kept in the house for one year because she was very sick, the house had to be very warm, that’s why she’s always cold, even in summer.

“I was at the neighbours, I discovered before she was saying baba, mama, she read lips, we didn’t know she was deaf. We didn’t know because she was too smart. We thought she could hear.”

According to a 2016 census by UNICEF, people aged five years and above with acute or total functional disability in Jordan consists of 2.7 percent, while those with simple to total disability consists of 11 percent.

Facts on disability in Jordan, however, tend to be less accurate as many people are still quite closed about admitting such conditions due to social stigma.

Abla noticed there was something different about her daughter when she failed to notice a plane passing by. 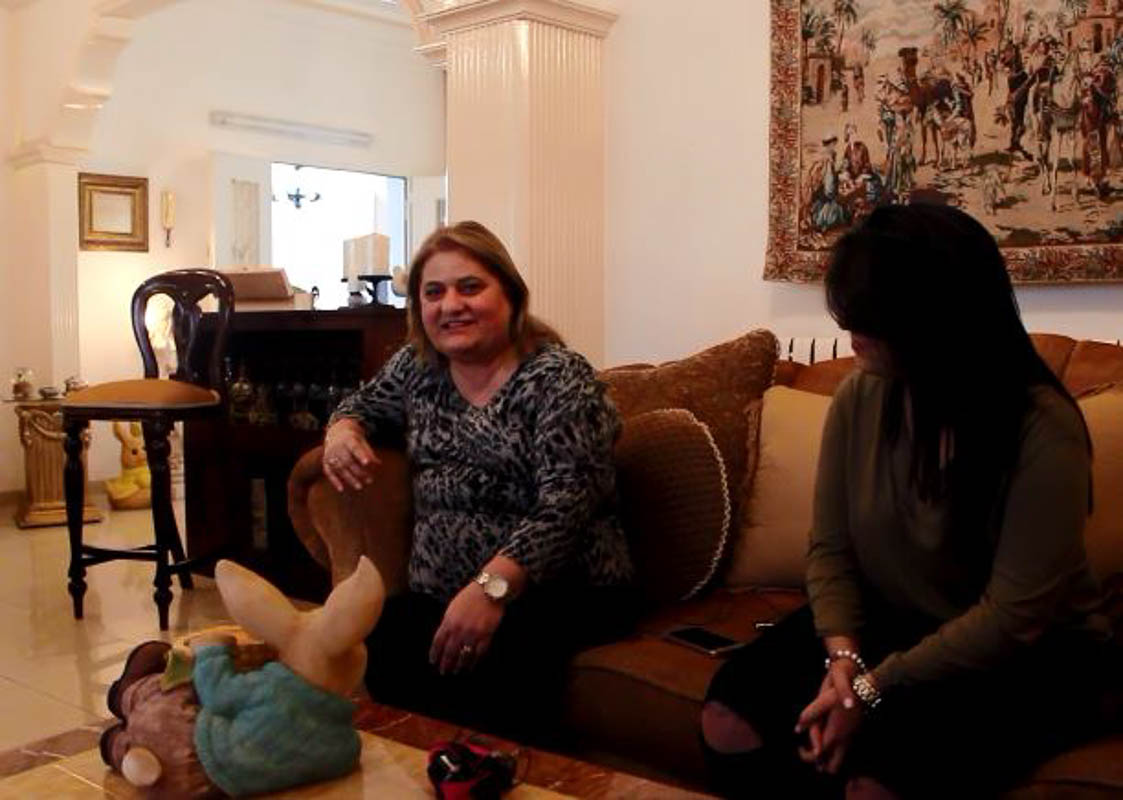 Abla has struggled trying to provide Hiba with a normal life.

“That’s when I found out there was something wrong with my daughter. I didn’t sleep all night, I called my brother, my brother is a doctor in the government, they can check up on my daughter, they checked her for her hearing and we discovered she had a profound hearing loss.”

Abla said the hardest part was trying to ensure Hiba still received a normal upbringing and would be able to do anything anyone else could.

“She is so smart, she started to count at four years,” she said.

“Everything I knew, I would teach. I took her to [the school I taught], to enrol her. They didn’t have any help with special needs.

“They were not qualified to teach Hiba, then I took her to a school for special needs. I also used to work and help her at home almost every day.”

The mother of one said it was a difficult situation because she did not know how to provide Hiba with the right support. People were also sceptical of Hiba and her efforts.

The Higher Council for the Affairs of People with Disabilities released a report in 2015, as stated in the Jordan Times, stating people with disability in the Jordanian workforce only make up 7.7 percent of the population.

There still tends to be a lot of stigma within the country and many special needs people are frowned upon.

The Committee on the Rights of Persons with Disabilities concluded in a 2017 report about the considerations of passing a new law to support people with disabilities due to the lack of inclusive education in the country.

Abla said many people doubted Hiba’s ability and she was very proud of her accomplishments in school.

“Hiba challenges the people,” she said.

“The last year of high school a lot of people said she would never finish high school. I made a very big party to celebrate her graduation, to show my daughter succeeded.

“And a lot of people saw that many people have problems and they [didn’t have any disabilities], not like Hiba.”

She said she was also grateful to Hiba’s school, ICS, an international British school in Amman, for having taught her everything she knew.

The mother of one said she did not want to fall into peer pressure and believed the path she chose was the best option for her daughter.

“When people discovered my daughter was deaf, they said we shouldn’t put hearing aids on her because she is a girl and it is a shame because she’s a girl, how is she going to get married and it’s a family shame thing,” she said.

“She’s my daughter, not anyone else’s daughter and I decided she should stay on her hearing aid for life. I don’t’ want to hide this from her, she needs to help herself.

“You make yourself and not I make you.”

The battle towards a normal life

Hiba talking about her experiences being deaf in Jordan.

Hiba Shahatit is the daughter of Abla Amari, she had just finished university and was looking forward to future plans.

Hiba said it was never easy growing up with a disability, especially in a country that still highly stigmatized differences.

She mentioned the hardships of being differently because of her condition.

“My life is very hard because I have always needed to take what comes to me, so I’ve always worked hard and I faced many difficulties. This is why I always work hard, and what I need I take it,” she said.

“The challenges [I faced] are all that comes, so there is not only one challenge.”

Hiba recalled one incident where a professor at university refused to wear her hearing aids so that she would not be able to hear him speak.

“One professor, he refused to wear it because he was in the army. He took the military course and he thought it might have been a bomb,” she said.

“However, the professor then came out and he took the hearing aid and wore it without saying anything.”

Hiba said her studies were very important to her, which was one of the reasons why she was able to receive high marks.

“When I study, I put it in my head that I need to work hard because nobody will help me in the future, and I said I wanted to help myself in the future,” she said.

“So I said I need to work hard so I can figure out where I will be in the future and that is my point.”

Despite being deaf, Hiba is able to read lips, which allows her to speak fluently in Arabic and English. This was also a result from Abla and ICS, having taught Hiba extensive auditory training.

“I don’t know how I know. In my head, I put that I liked to learn new languages, but in English, I had some difficulties, but ICS they taught me and I learned how to speak and everything,” she said.

Hiba was interning at the Royal Scientific Society in Jordan during her final year at university, she said she was looking to continue her masters afterwards.

Though having a great support system from her parents and a great future ahead, Hiba still felt the stigma towards being deaf and wished people would put themselves in other people’s shoes.

“I want people in Jordan to understand, disability is not not like normal people, they need to let them work with normal people so people can learn a new culture,” she said. 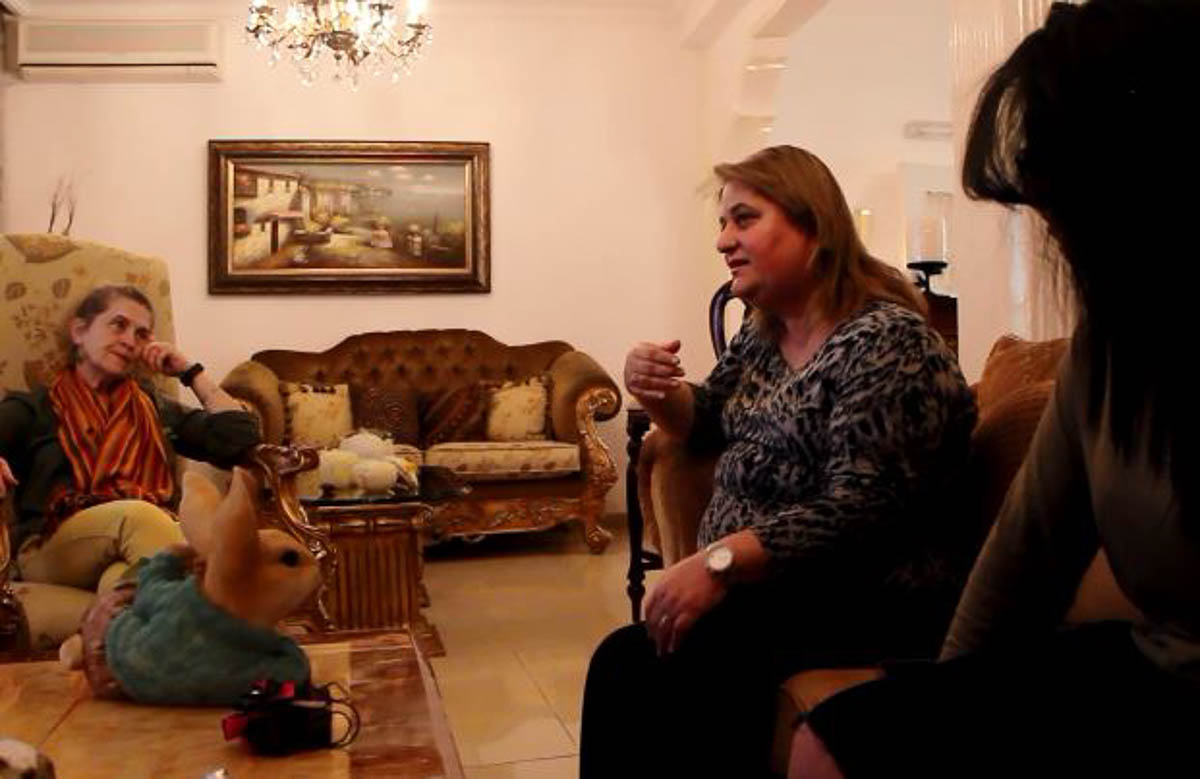 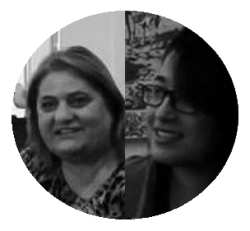 Abla Shahatit and Hiba Shahatit is a mother and daughter from Amman, Jordan. Hiba suffers from complete hearing loss since she was born. Abla has dedicated her life to raising her child, providing her with the education she needed. Abla was a former kindergarten teacher and has now become a stay-at-home mom ensuring a normal life for Hiba. Hiba had graduated from the American University of Madaba with top marks and was interning at the Royal Scientific Society in Jordan. She was studying computer science and is looking to pursue her masters.