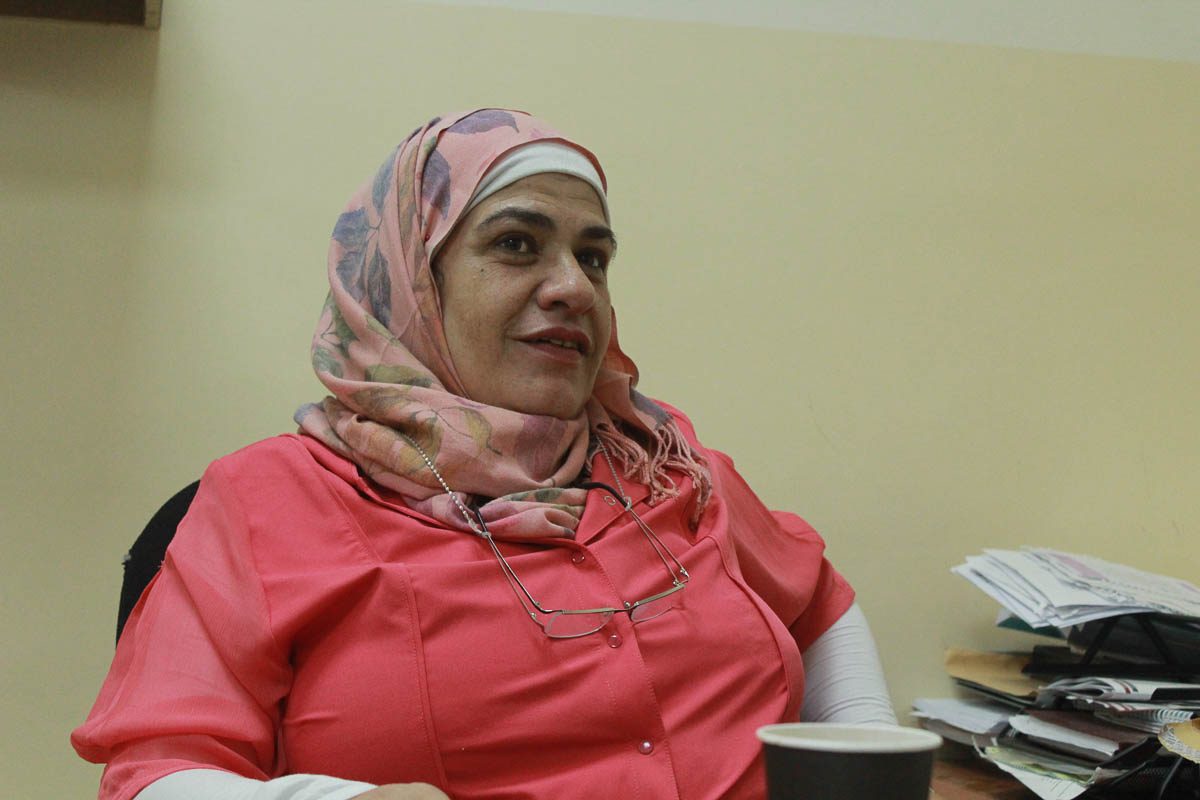 “Now, I’m laughing, but believe me, in those days, all the night, I was crying,” 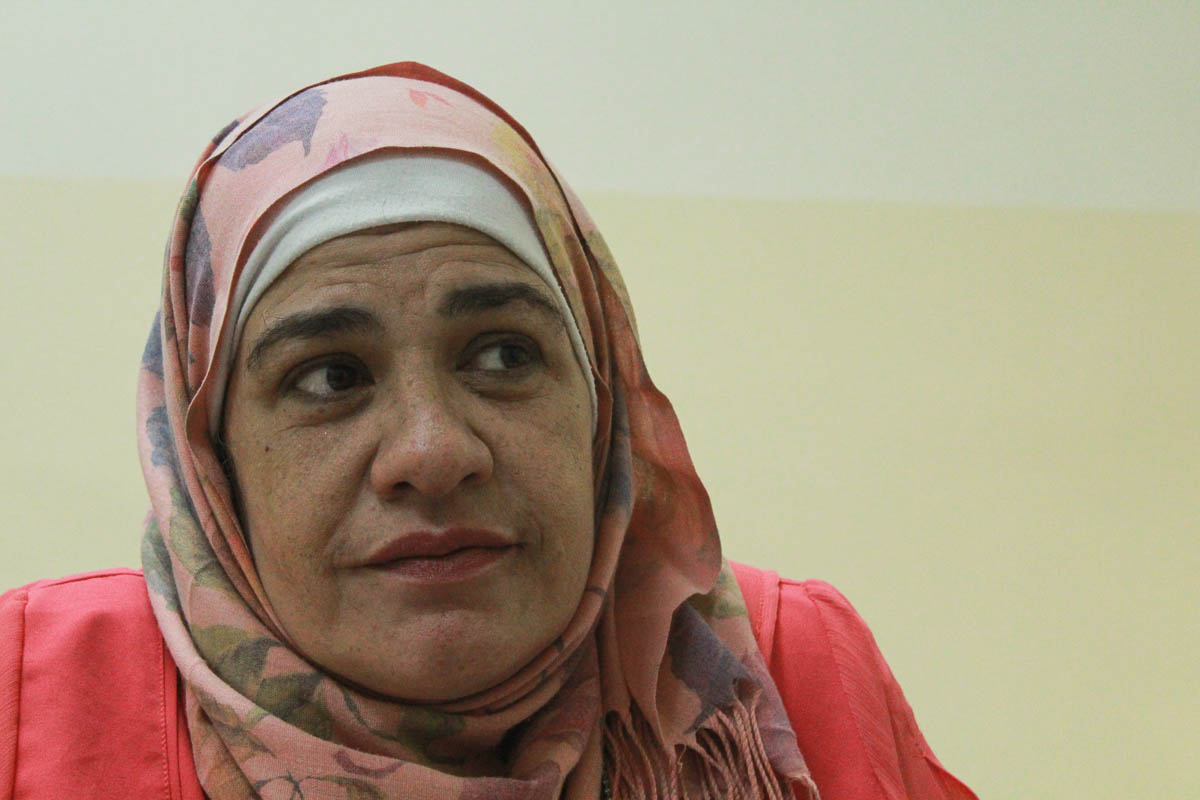 Heba Nasereddin is a professor at Middle East University, Guinness World Record holder and an amputee.

Is the definition of being disabled not being capable? Could being disabled actually mean that natural selection just dropped the unlucky bomb on certain individuals?

Overcoming obstacles is no new task for one Jordanian university professor. Heba Nasereddin is a professor at Middle East University, Jordan, she is also a Guinness World Record holder for water skiing and she only has one leg.

When you first meet Heba, she gives off an air of somebody who has a lot of experience, but definitely not somebody broken looking for attention. With an air of positivity and good vibes, this 50 something woman made anything seem possible.

“It’s good for me, believe me, as a Jordanian woman. Thank God I have an amputation,” she said.

Not exactly something most people would say, but Professor Heba Nasereddin has seen a whole new world when it comes to the amputee sector.

Heba lost her right leg after a misdiagnosis. She was misdiagnosed with cancer after she was born, this led the doctors to perform surgery when she was 14 years old.

“They thought that if they see your skin as red, it means cancer.”

According to the Jordan Times, people with disabilities make up 13 percent of the population in Jordan, with only three percent receiving a proper education.

Psychological concerns are common amongst amputees, with symptoms like phantom limb pain often occurring. This may lead to forms of depression and anxiety.

A research by the Neuropsychiatric Disease and Treatment showed there was not enough support in dealing with anxiety and depression for amputees in Jordan.

In time, Heba’s journey did not get easier. She had to undergo chemotherapy, which left her with physical difficulties in socializing.

“It was very difficult, I had a yellow face, a wig, because of chemotherapy, my stomach always hurt and I had to study,” she said.

“Now, I’m laughing, but believe me, in those days, all the night, I was crying.

Heba said she was grateful for her situation, as it made her stronger. She always saw herself as strong and the whole event just seemed to fit her determined attitude.

Being a woman amputee 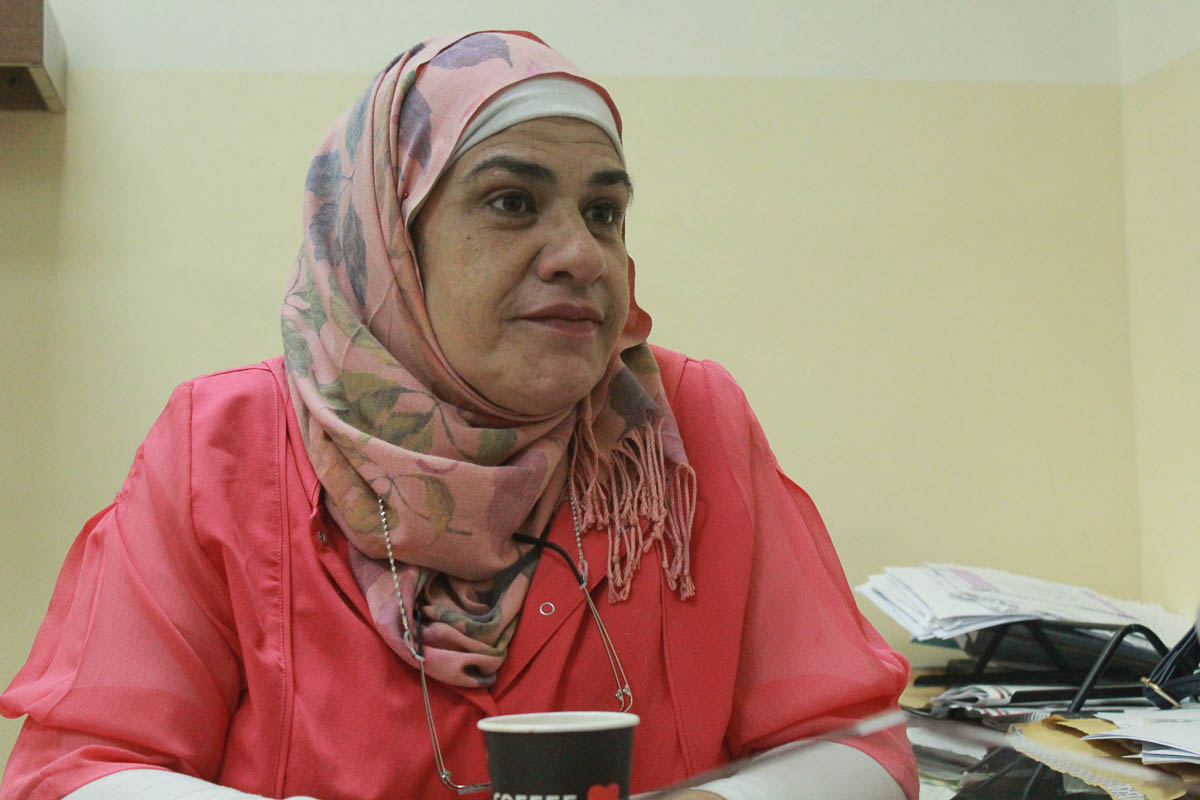 Heba has always been a strong character, growing up with brothers, she spent most of her times playing with her brothers.

“They told me I was very strong before the amputation, I liked to play, dance, ride a bicycle,” she said.

“I have two brothers, one bigger than me and one smaller than me. All the time, we play together…all the time I was with my brothers, so I was constantly surrounded by bicycles, fighting, guns, I didn’t act like a girl.

“It was important for me to be with my brothers.”

Heba said she was grateful to be an amputee and a woman in Jordan. She felt she was not entitled to the social pressures most women had to face in the country.

Women make up a majority of university graduates, yet many still struggle to find jobs, with the women unemployment rate reaching 33 percent in 2017, according to the Department of Statistics.

“It’s good for me, believe me, as a Jordanian woman,” she said.

Due to stigma, many people with disability were still seen as “different” and it tends to be more difficult for women with disabilities to marry.

“Now, I’m married, I have two daughters, thank God, I do a lot of things,” she added. 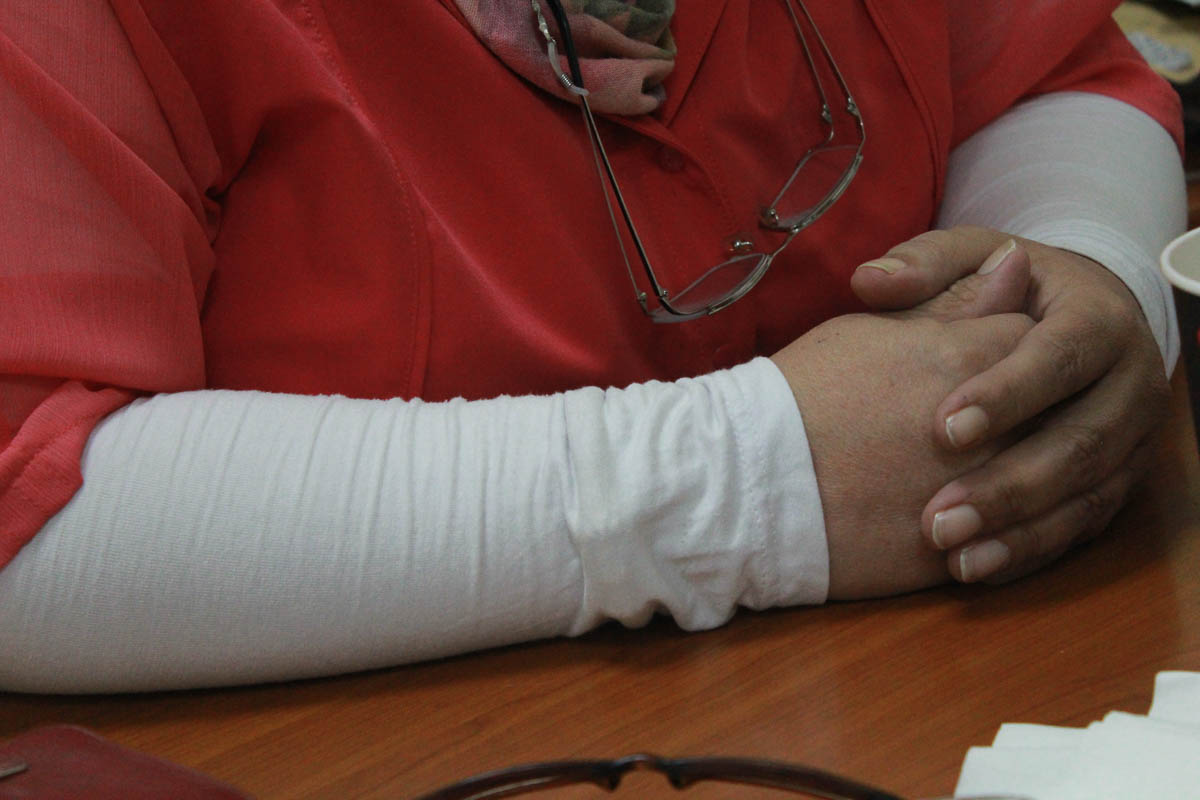 Besides from meeting her husband and having two beautiful daughters, Heba has accomplished a number of achievements in life, one of them, receiving a Guinness World Record.

“In the handicap club, Jordan had a championship in water skiing,” she said.

“There wasn’t a team club for disability in Jordan, but because of the championship, we had to make something so they asked me to join.”

Heba said she started her love for water skiing after being asked to join the national team. At the time, she did not know how to swim but managed her journey with a life jacket.

“In Aqaba, there was a championship and 14 countries came and I was the first woman in the Arab world and internationally that jumped in all the categories,” she said.

“After, because I was alone they said I had to go to France, they said I would learn and they would teach me.”
She eventually continued her journey to France to compete for the Guinness World Record.

“So I had the gold and bronze medal, so they sent me from Jordan to France. After that, when people from France, Germany and Italy saw me, they encouraged me to try and jump,” she said.

“I had practice for two months and I was the first woman who jumped 12 metres, 80cm.”

This landed Heba in the Guinness World Record book, as the first woman amputee in the Arab world to have jumped in water skiing.

After the world record, Heba continued her love for sports by swimming. She mostly swims now for health purposes, twice a week.

“After two years there was a championship of just swimming, there were three types of sports, we swam from Aqaba to Palestine and then with a wheelchair from Taba and back,” she said.

“I think now I will not try to jump anymore, I’m 52 years old, what do you think? I’m an old and small woman. I’m happy though, thank God,” she added. 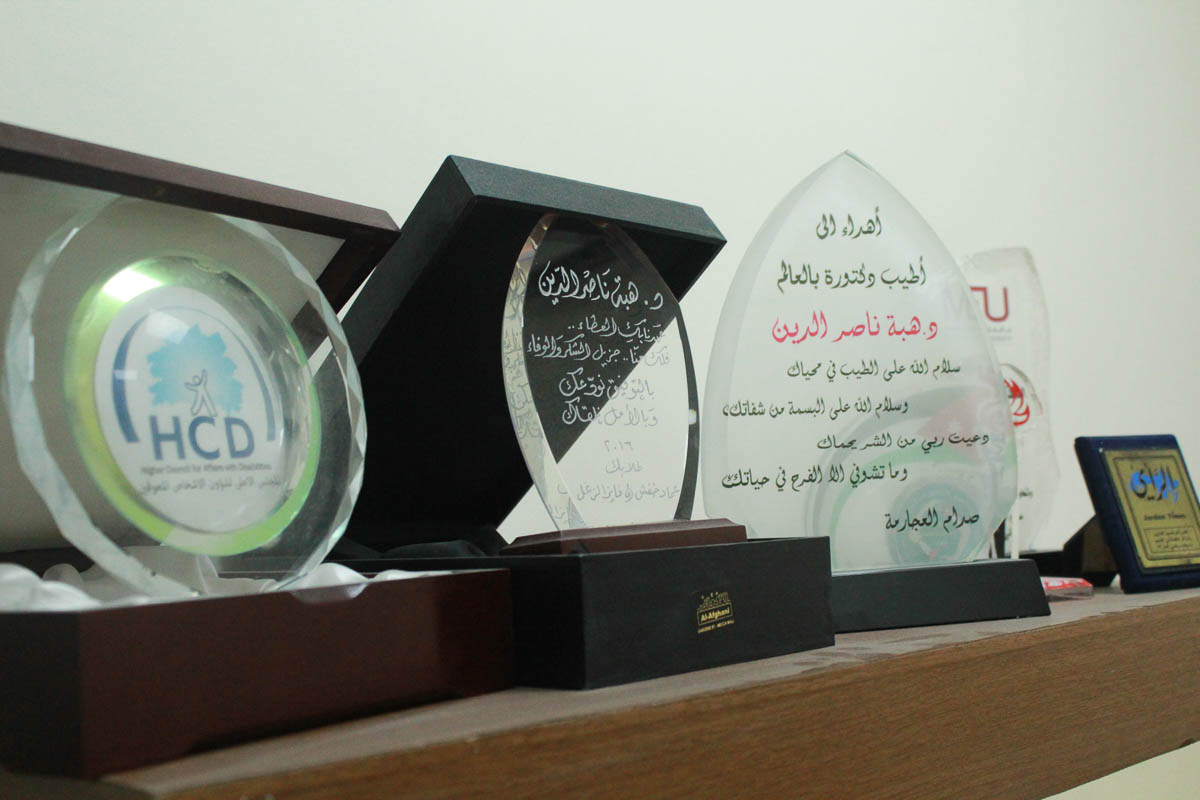 She had also achieved many awards for her work in education.

Though Heba’s water skiing days are over, she now focuses her efforts on education. With motivation from her father, Heba had always been encouraged to succeed in education, from her bachelors to her PhD.

Having accomplished many achievements in the education realm, she looked to reach a higher goal.

“I want to win the Noble Prize. Now I’m working on big, big projects with societies in computer science and bioinformatics,” she said.

Heba believed in developing young minds, which was why she spoke highly of her students. She treats her students like her own children, creating a great bond one could only hope for with their teachers.

“I love my students, and not because you’re recording me, if you look at my page, websites, and publication, I publish a lot of publications with my student, it’s not important just to get marks, you need to know how to present your work.

“It’s not important just to get marks, what’s important is your life.”

“There’s a story I tell my student’s all the time, you know a deer is very very fast, but the lion all the time eats the deer because the deer looks back all the time, so never look back and you will be fine,” she added with a sense of pride.

“Life is great, it’s beautiful if you want to enjoy it,” 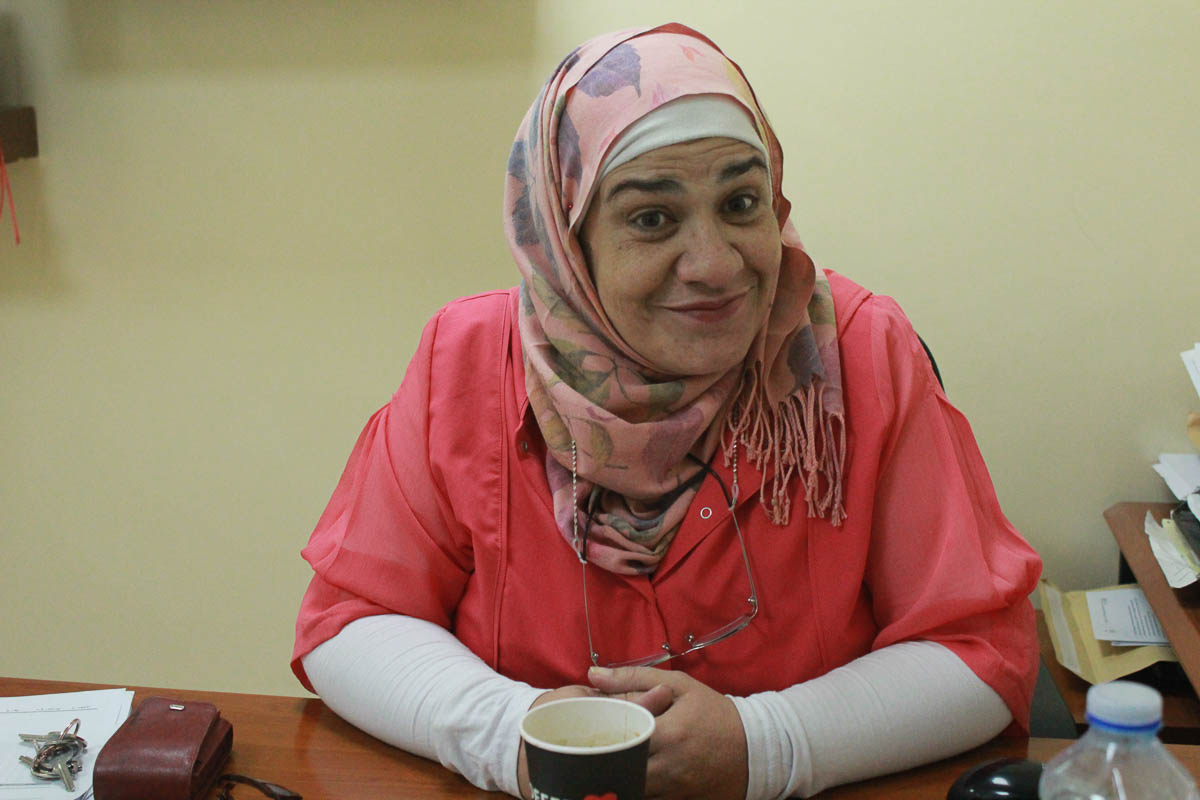 Heba gives off an air of positivity and playfulness.

There is no denying the positivity this professor spreads, however, how does she feel about the support given to disabled people in Jordan?

Apparently, she felt blessed for her country and the people in her life.

“To say the truth, in the beginning, I thought Jordan didn’t care about disability because when I applied for a job, they wouldn’t hire me because I was handicapped, but after visiting many countries all over the world, I actually think Jordan is the best, now,” she said.

“Before marriage, my dad supported me so much, he’s passed away now though, then after is my husband, he does so much for me…my husband and daughters do so much for me,” she added.

In the end, Heba left off with some very strong and important words.

“Life is great, it’s beautiful if you want to enjoy it. Everytime I have problems, I just dance or sing, or just drive the car and relax,”

“I don’t have a message, whether you have a disability or not, you’re the same, so [I have nothing to say]. This is life. If you want to be happy, you will be happy, whether you are old, single, disabled, anything.”

Maybe sometimes, all we need is just to dance off some of life’s problems. 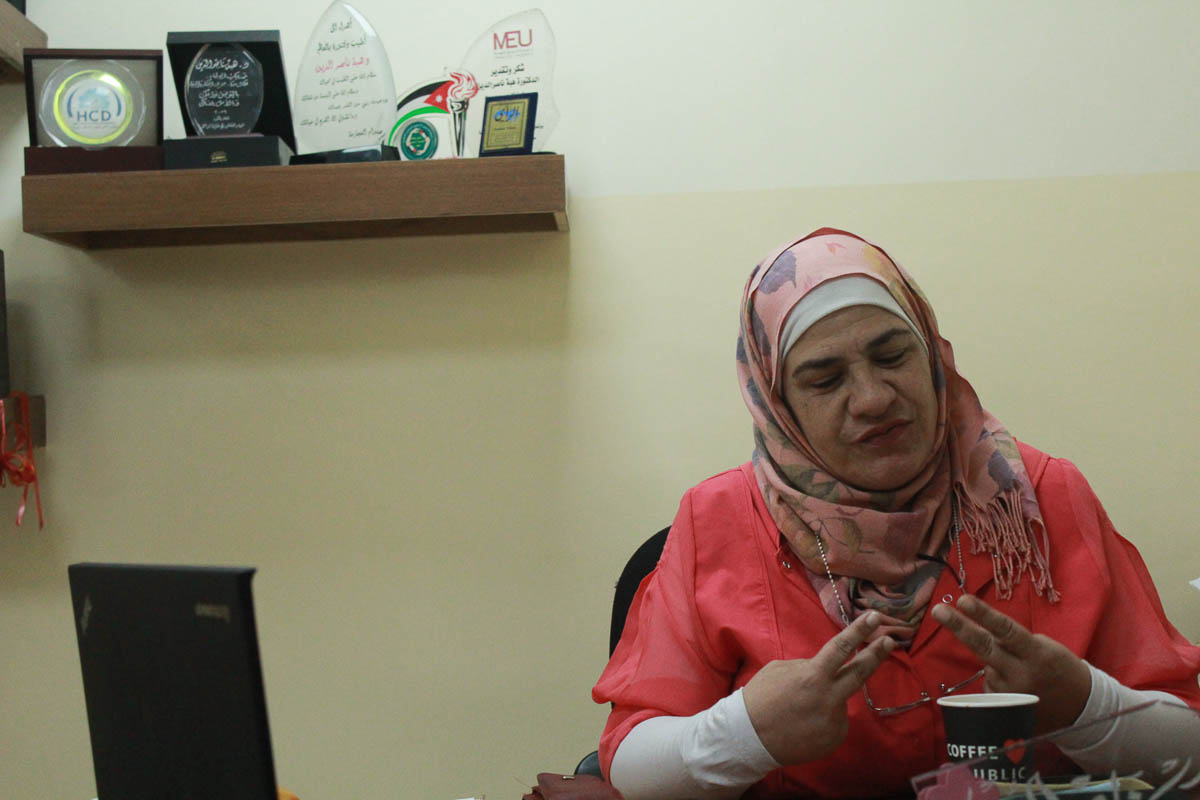 “Life is great, it’s beautiful if you want to enjoy it.” 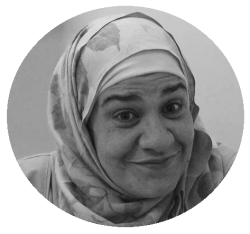 Prof. Heba Nasereddin is a professor at Middle East University teaching computer information system. She is also a Guinness Record holder for water skiing, as the first amputee Arab woman to jump in a water skiing category. Heba is currently active in the academic world, conducting multiple research within the IT sector. She believes in a positive way of living no matter in what situation you are in.

For more information on Heba, you can check out her Facebook page.