Meeting the miracle child who survived all odds 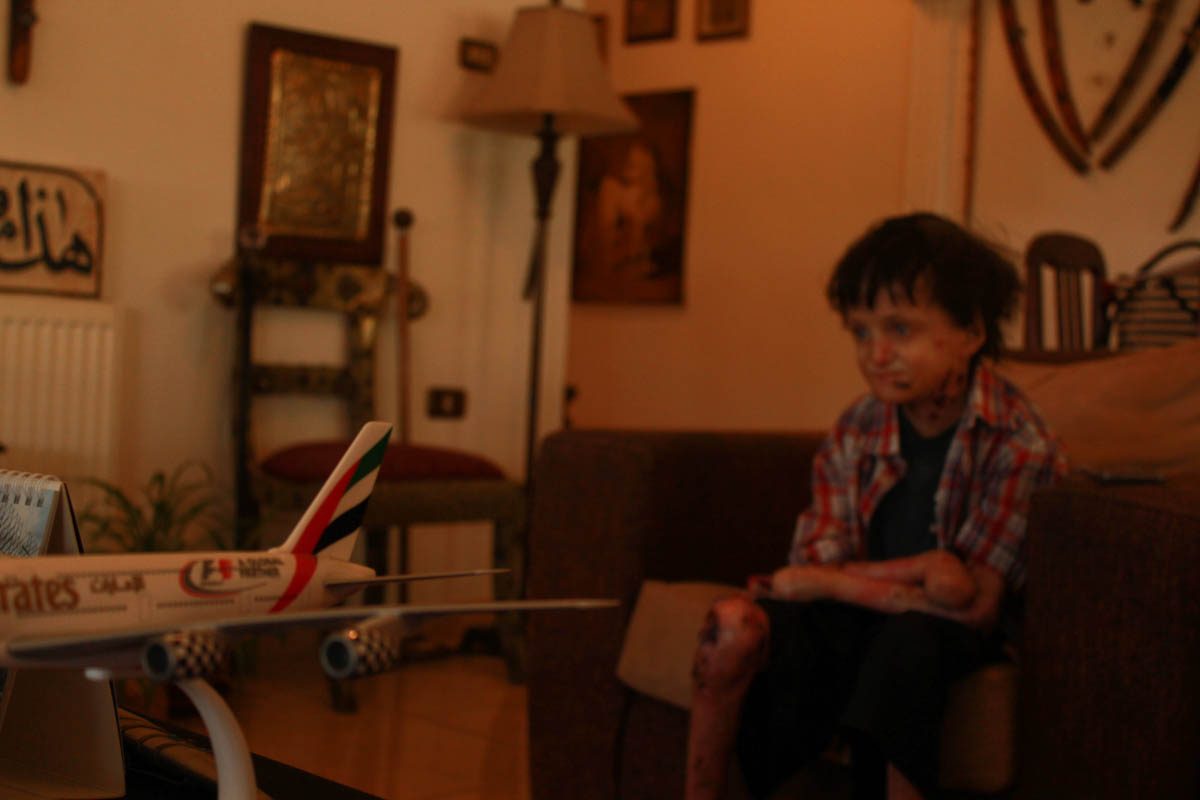 Meeting the miracle child who survived all odds

As I ready myself in the car, these were one of the first sentences told to me. On our way from a suburb in Amman, Jordan, my friend Haya and I were headed to see a kid who has a rare genetic skin disorder.

Haya, being a speech therapist and a special needs coach, met this rare individual after his mother reached out about him having a speech problem. Well, turns out, that’s really not the case.

This is Mohammad’s story. 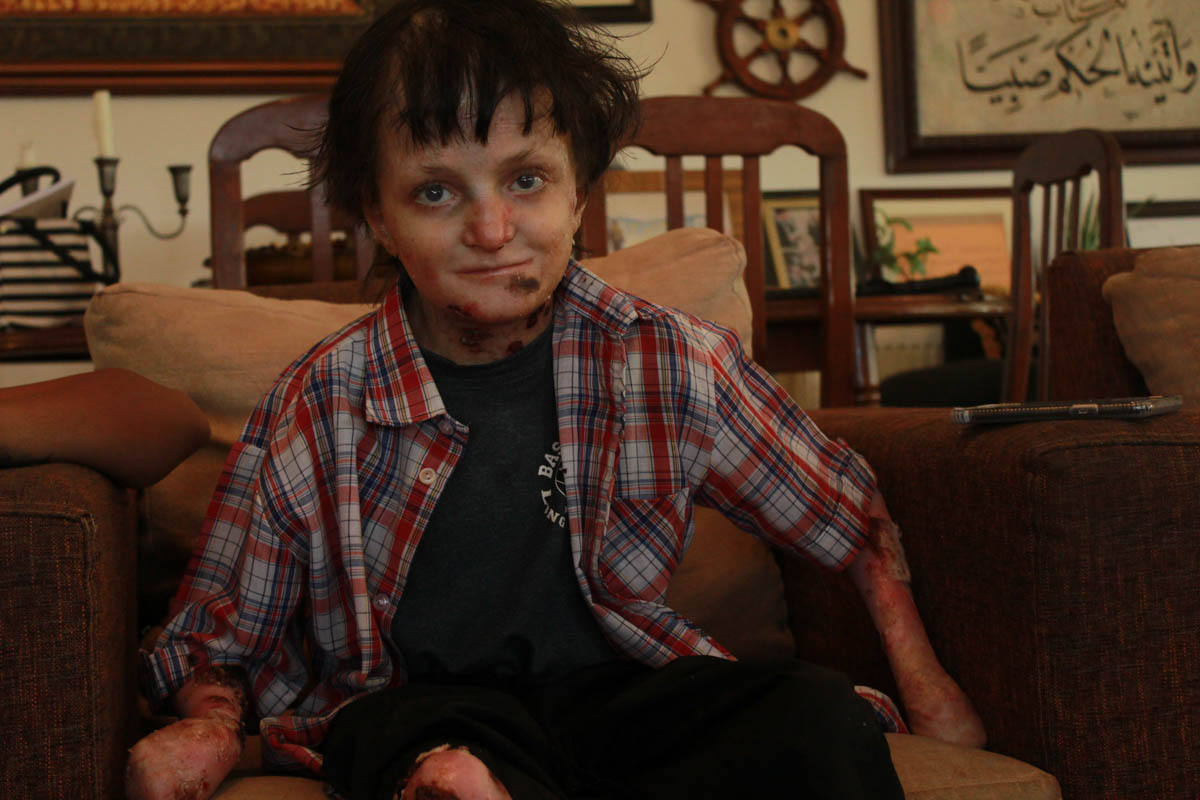 Mohammad at his home.

Mohammad is a 17-year-old boy with a rare skin condition called Blousa (ذات. الفقاعات), also known as Pemphigus. This condition causes blisters and sores on the skin or mucous membranes.

So essentially, this kid is constantly in pain due to open wounds caused by his disability. The fact that he is even still alive, is honestly a miracle.

As we drove into Mohammad’s driveway, it seemed like a beautiful and quaint house. Well-built and aesthetically pleasing. While the inside, looked like if somebody transferred an 18th-century Arab museum – the amount of beautiful antiques, indescribable.

So besides the beautiful museum-like house, it seemed normal enough. Mohammad’s mother, who is a poet and a writer, was also a loving and very friendly lady. At this point, it seemed like Mohammad was living a seemingly good life.

As soon as we came into the house, we were ushered directly to meet Mohammad. My first encounter with him was not something I was expecting at all.

He was covered from head to toe with what it seemed like burn marks – which turned out to be scabs and some open wounds. Despite being 17, he had the body of an eight-year-old and he seemed so small and fragile that a simple touch seemed like it could hurt him.

Apparently, most doctors and health professionals who had seemed him were surprised he even made it this far.

Other than his condition though, he seemed like a normal child.

My first impression of him was that he was one of the most beautiful kids I had ever seen because though he was covered in wounds, there was no doubt that he was a very good-looking kid.

Not at all the impression I would have guessed with the first warning in the car. And I’ll admit it, I was a bit pissed with the way this boy was described like a terribly mutilated human being when he was simply just a boy.

“I was eating one meal a day and I was full, that’s why I’m tiny,” Mohammad said after asking about his illness.

“I told his mom we should feed him 20 times a day because he lacks vitamin,” Haya said.

Many researches in the Arab world have stated Pemphigus as a result of intermarriage, which is not at all uncommon in the Middle East. The MENA region continues to have some of the highest numbers of intermarriages. This was also the case with Mohammad, where apparently his mother got married to her first cousin (Mohammad’s dad).

Where is his dad you ask? Somewhere in Saudi providing for his family from afar. Apparently, his dad comes home for a few days every month and heads back to Saudi Arabia for work. 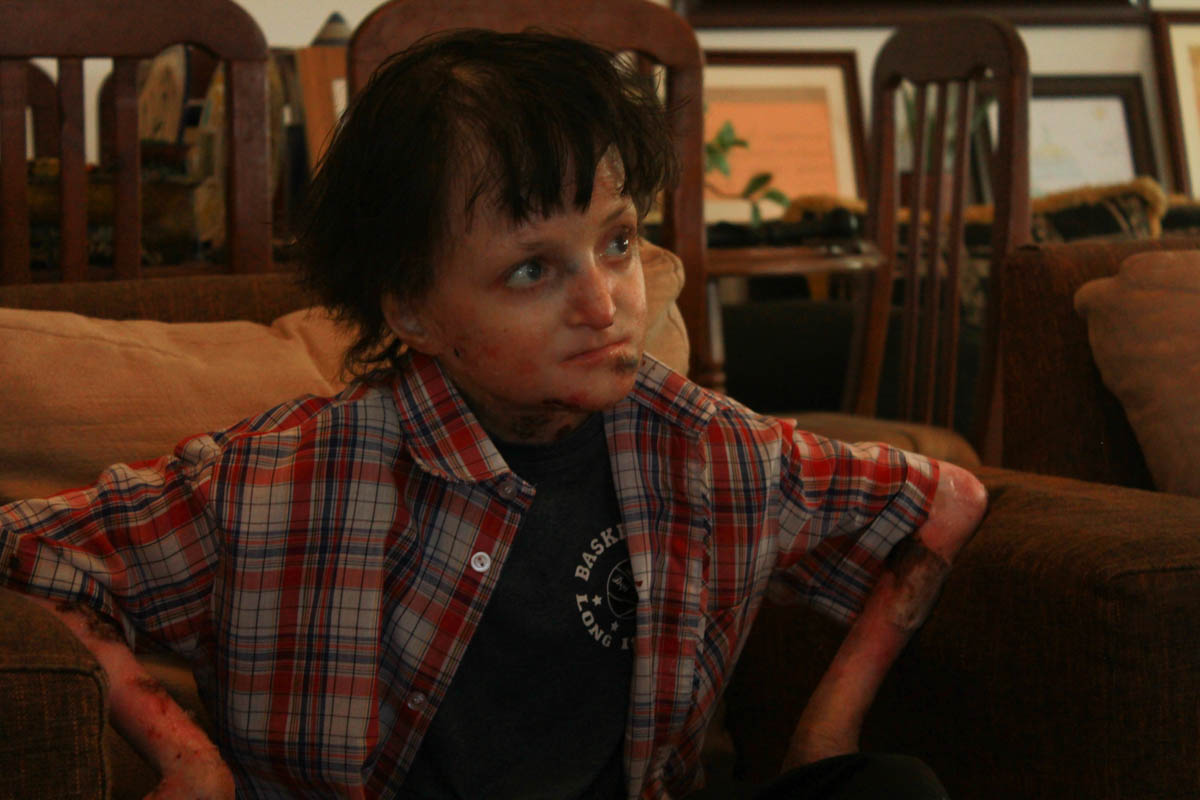 Mohammad would like to be a programmer when he grows up.

The fact that Mohammad is 17-years-old already blew my mind, but what’s worse is that he just never leaves the house nor does he go to school.

Mohammad mostly tries to learn by himself (thank you Google), and is really into computers, aiming to be a programmer when he grows up.

“I usually study by myself,” he said.

“I want to progress and be more advanced in my knowledge of technology.

“I try to practice how to do programming and create technological inventions.”

Due to his weak immune system, Mohammad has a great lack of energy, it’s already very hard for him to walk or move, so a fast-paced environment like school isn’t exactly a good match.

Unfortunately, stigma towards disabled people in Jordan doesn’t help either. Many people still view people with disability here as “different” and undesirable.

Mohammad, being a teen, of course, is scared of being judged. That’s why Haya went to the extent of threatening me if I flinched from looking at him, because who can blame him really. 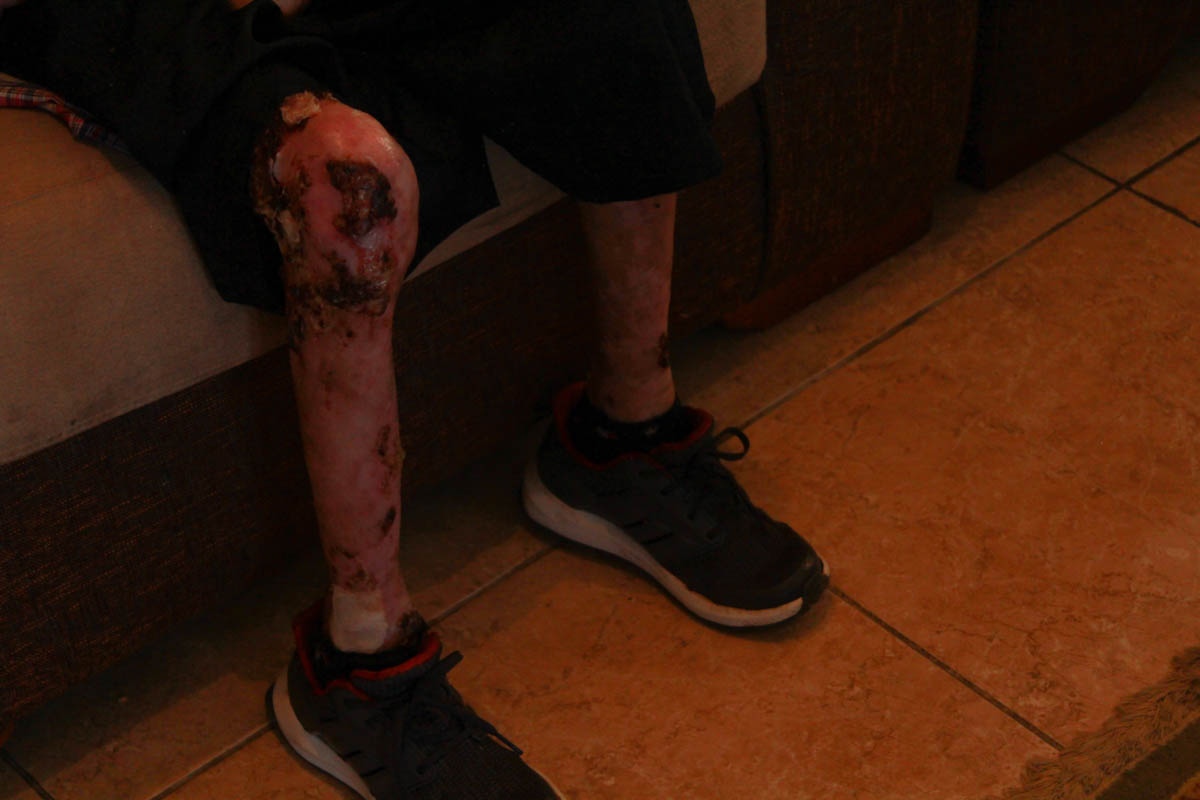 Mohammad’s condition leaves him with scabs all over his body.

People with disability in Jordan still lack support with 79 percent of children with disability were either deprived or constrained from accessing education in Jordan, according to a 2017 report from the UN.

Not to mention, only 7.7 percent of people with disability represent the job market, according to the Jordan Times.
This makes Mohammad an easy target for discrimination.

Let’s also not forget that Jordan also has a killer paralympic team.

That said, it does not change the lack of education people have for inclusion in the country and the fact that many parents are still scared of showcasing their disabled children in public. In fact, it is still a very common mindset in today’s society.

So what’s next for Mohammad?

“I want to go to London,” Mohammad said.

“I went there before for medication, now I want to go as a tourist.”

Though continuously staying indoors, it is nice to hear that Mohammad still wanted to travel, at least at one point in his life.

Due to his scars, it is very hard for him to have any exposure to sunlight. I asked him if he ever went out and played any sports.

“I can’t go out because then the insect will come because they will be attracted to the smell of my blood,” he answered.

“You should let him bathe in the sun for at least a few seconds, just on the balcony. He needs it,” Haya said, encouraging Mohammad to take in some sun time.

Unfortunately, it’s not easy for Mohammad to have a normal childhood, however, he’s still alive and everybody’s mission seemed to be to make sure he was in good health.

In the end, I asked him if he could have one wish what would it be.

“I want to stay with my mom,” he said crying.

At this moment, you could see how much this kid has been through a lot, but no doubt, his mom has given him everything, and I think at that moment, everybody knew how lucky and unlucky Mohammad was.

My meeting with Mohammad was an encounter with very few words (from him), most of the conversations were done by Haya and Mohammad’s mom — a constant battle of methods on how to treat Mohammad. It ended with a nice tour of the house and me asking to take his picture.

And despite him being shy and somewhat insecure, as we were leaving his house, there was no doubt in my mind that everybody was happy that Mohammad actually exists today, plus he’s definitely one cool-ass kid. 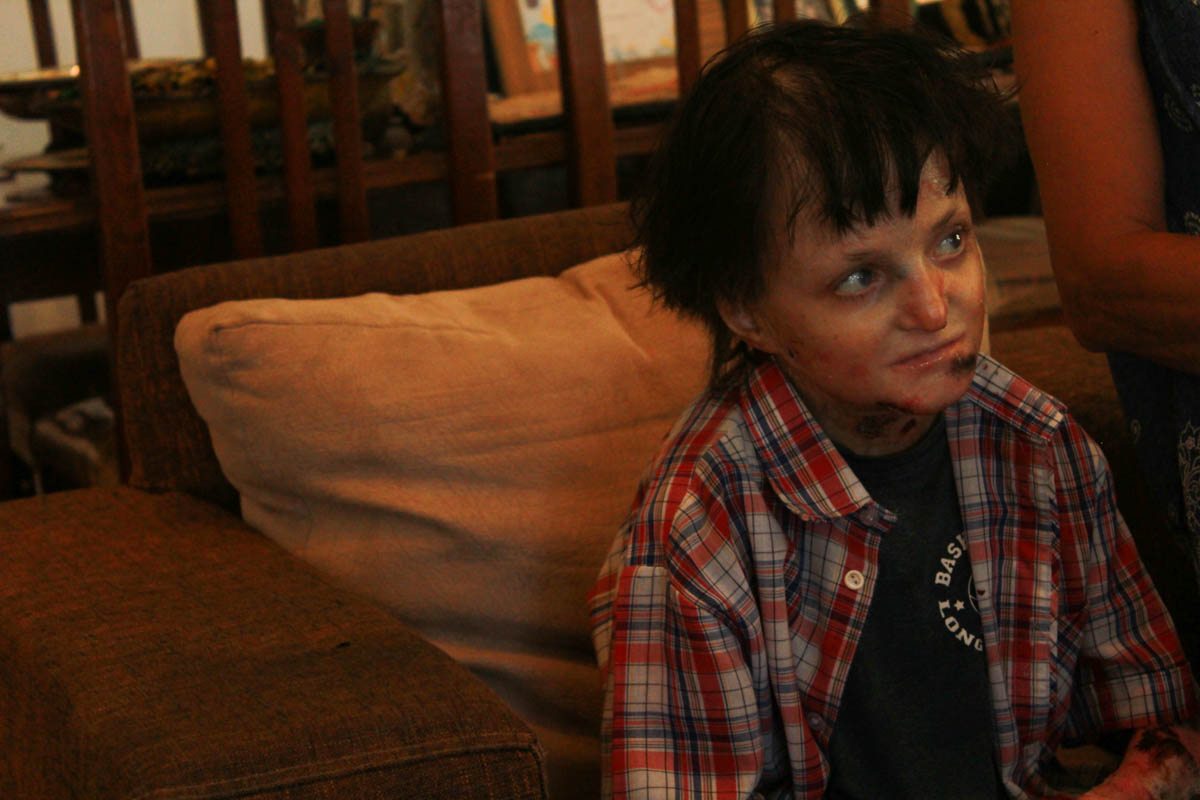 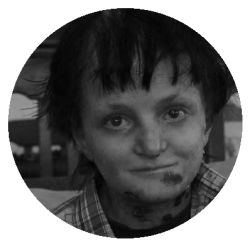 Mohammad was born with a rare skin condition known as Pemphigus or Blousa (ذات. الفقاعات) in Arabic. He is covered from head to toe in open scars and is constantly feeling the pain. Despite being 17-years-old, he is very tiny and fragile because of his condition, as he does not have enough nutrients intake, he also does not leave his house. Mohammad looks to be a programmer and is hoping to be an expert in technology.

Many people get stigmatized for being disabled in the Middle East and many are ashamed of their condition, which is why many parents do not want their children to be seen in public. Despite the stigma and being hidden from society, Mohammad is still a very lucky kid and a very sweet one at that.