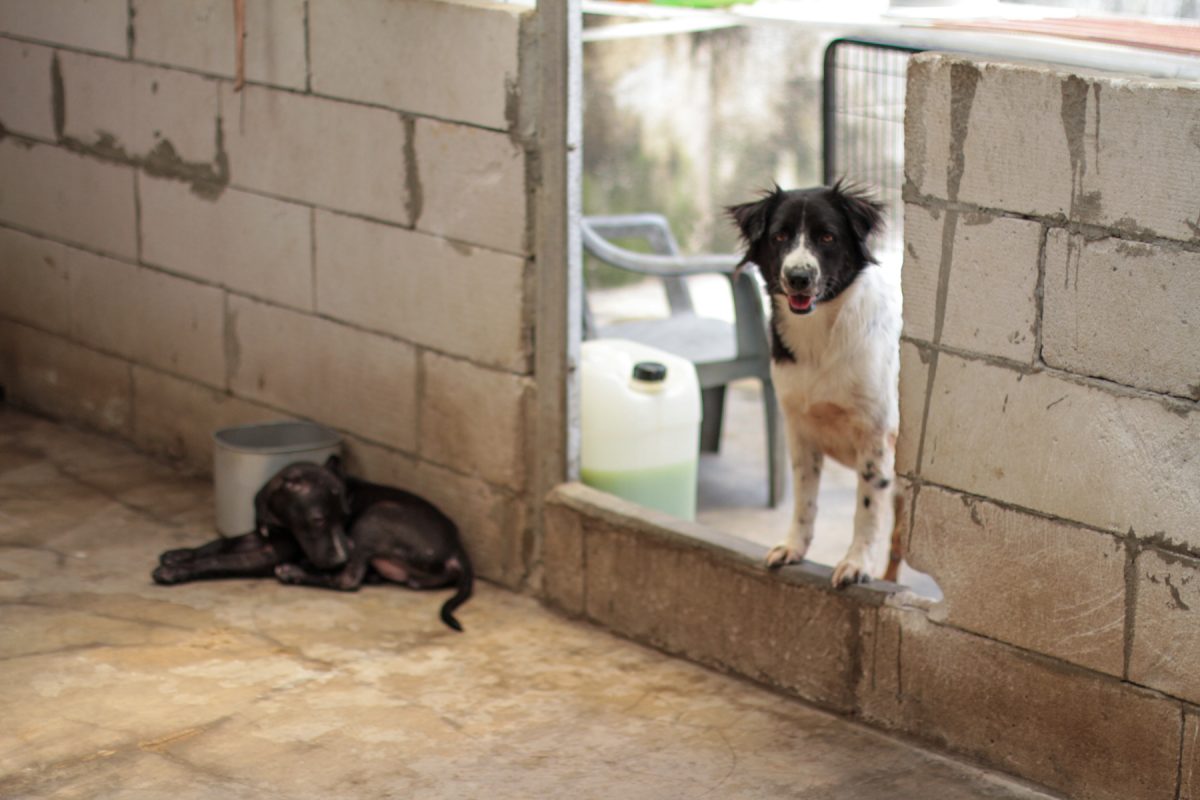 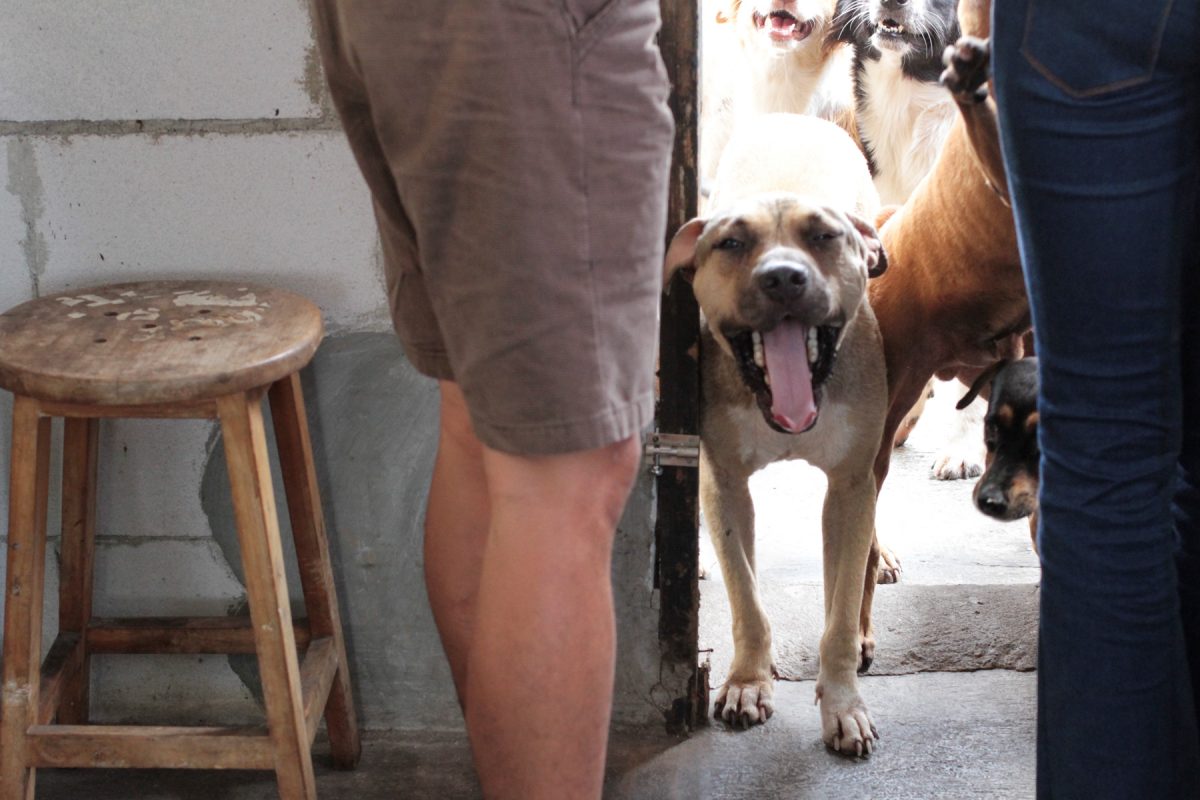 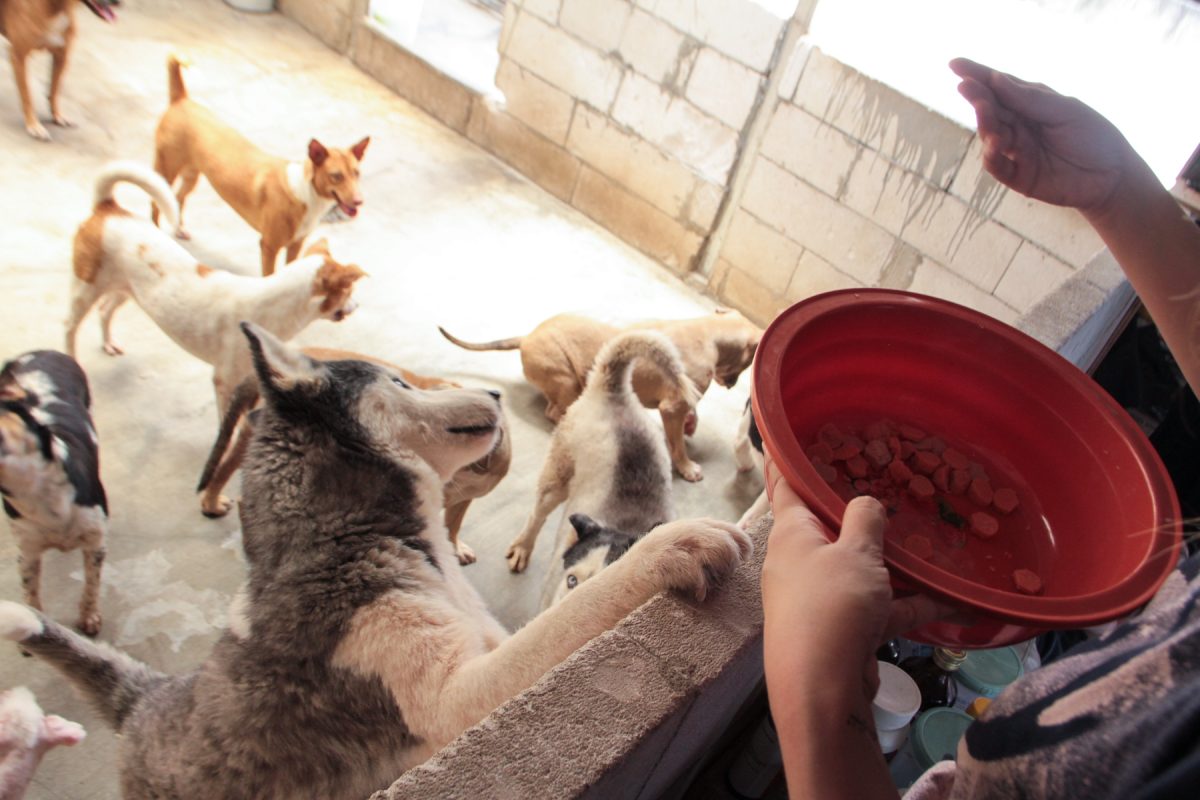 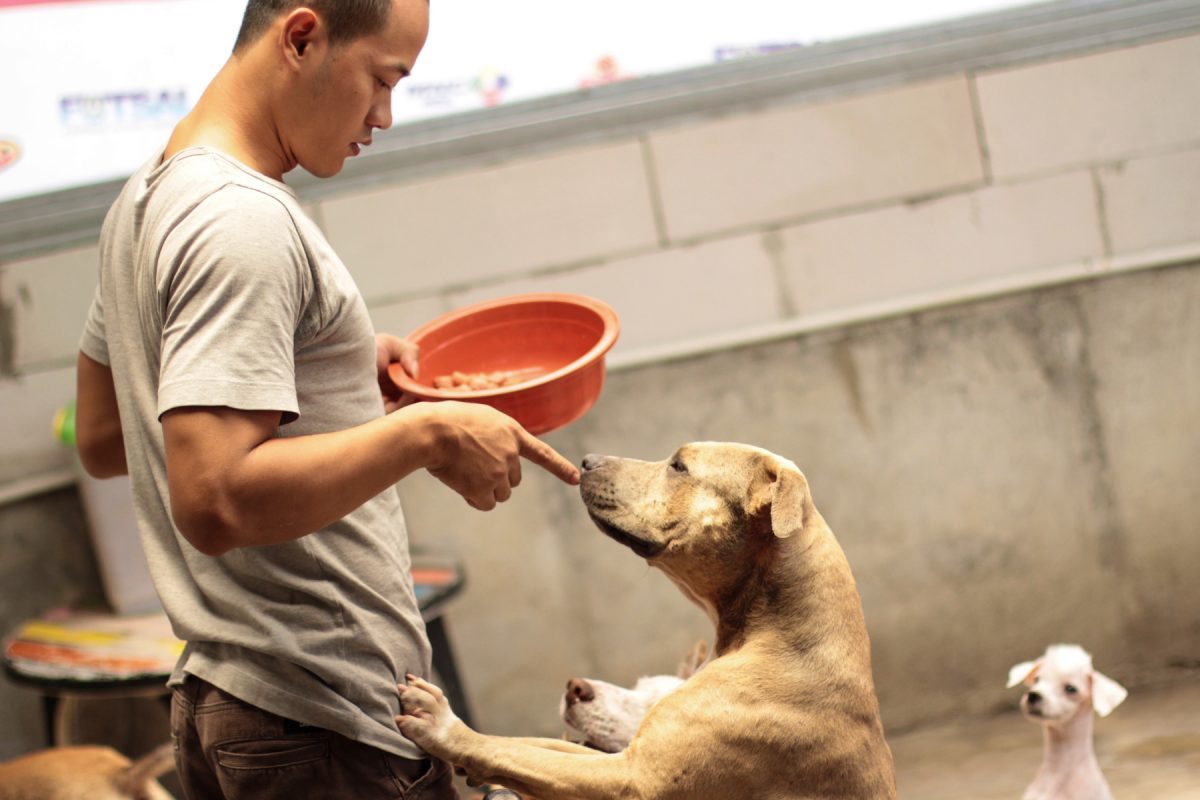 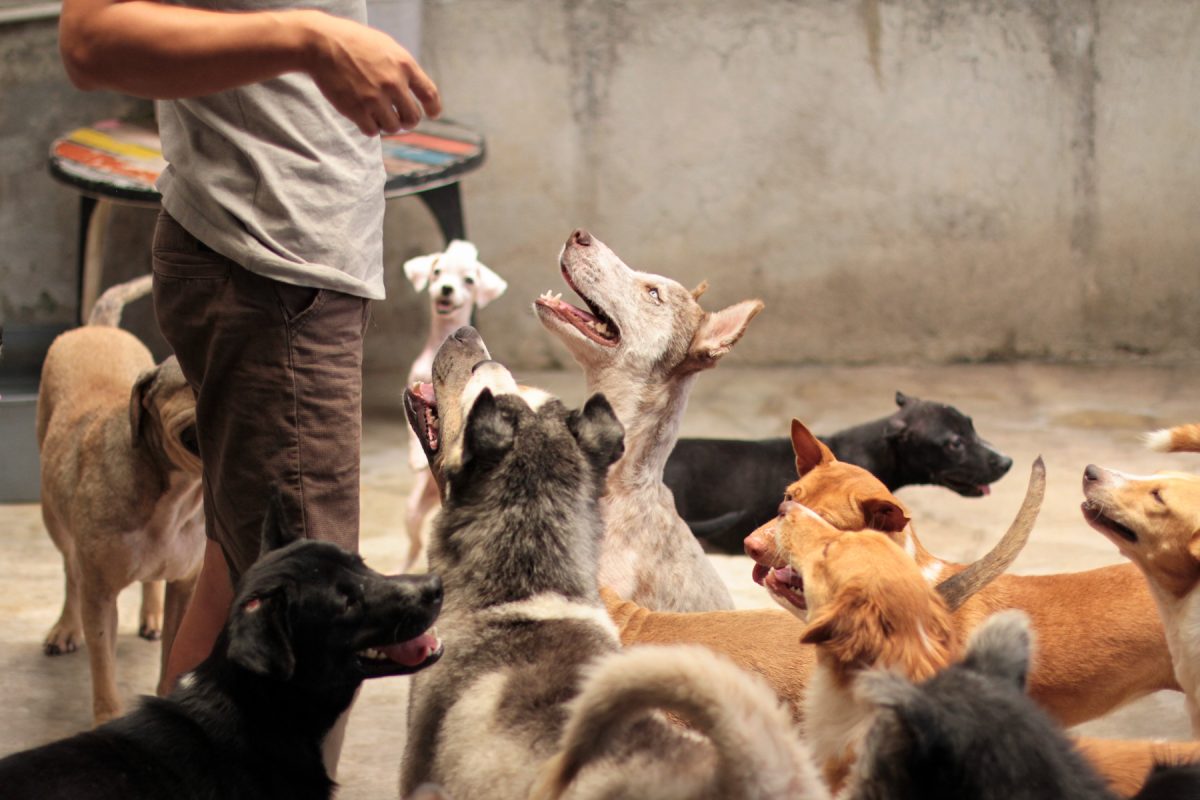 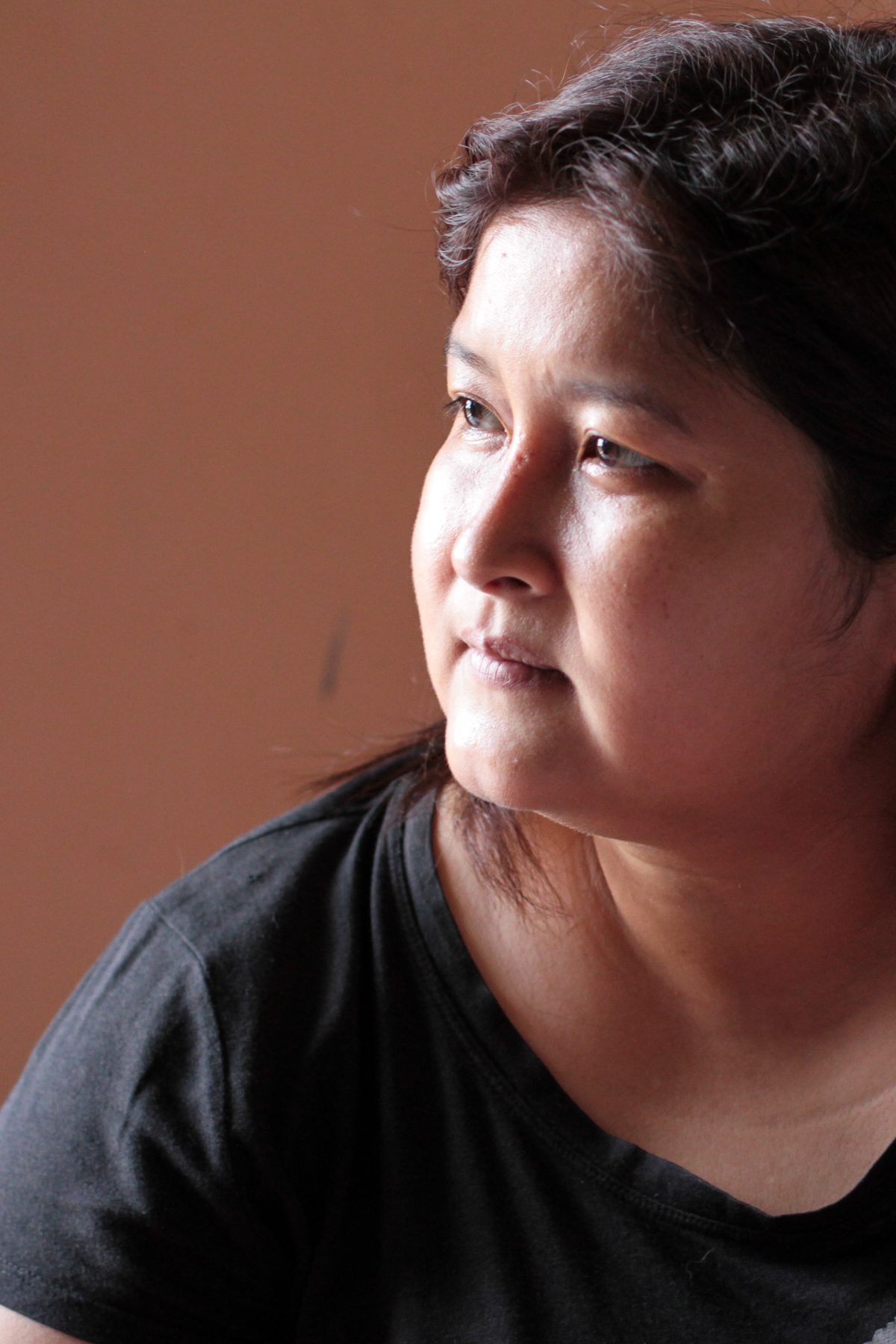 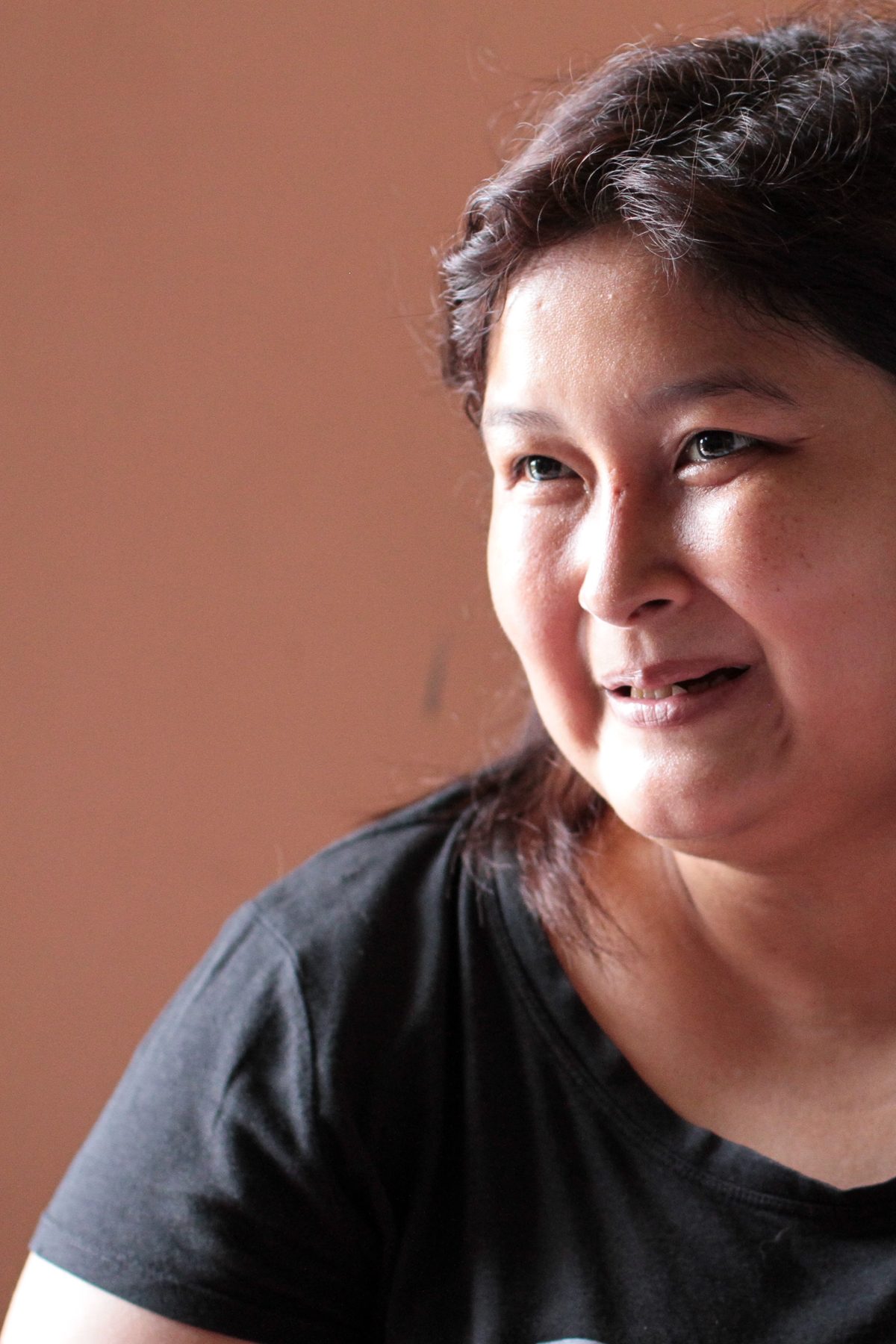 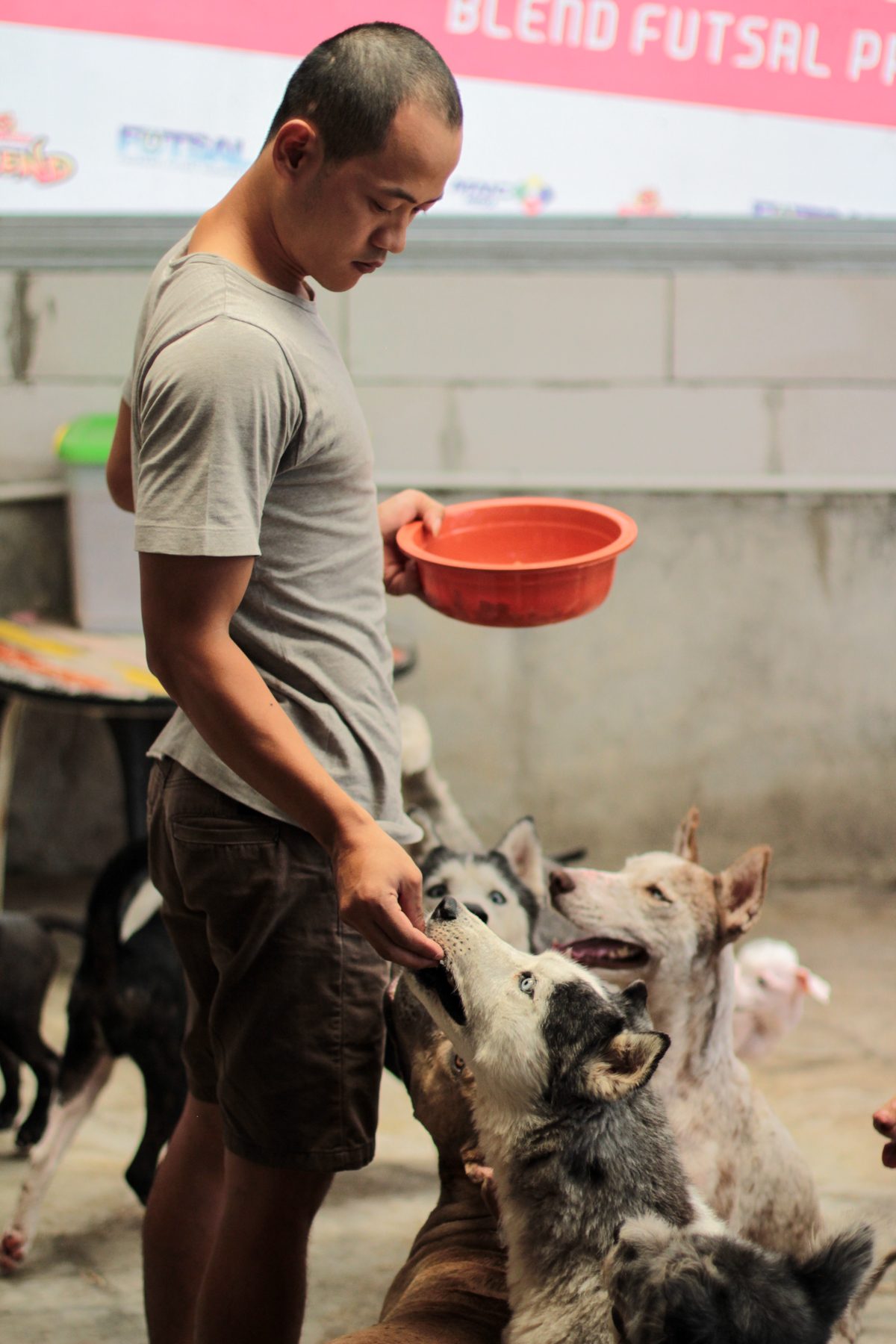 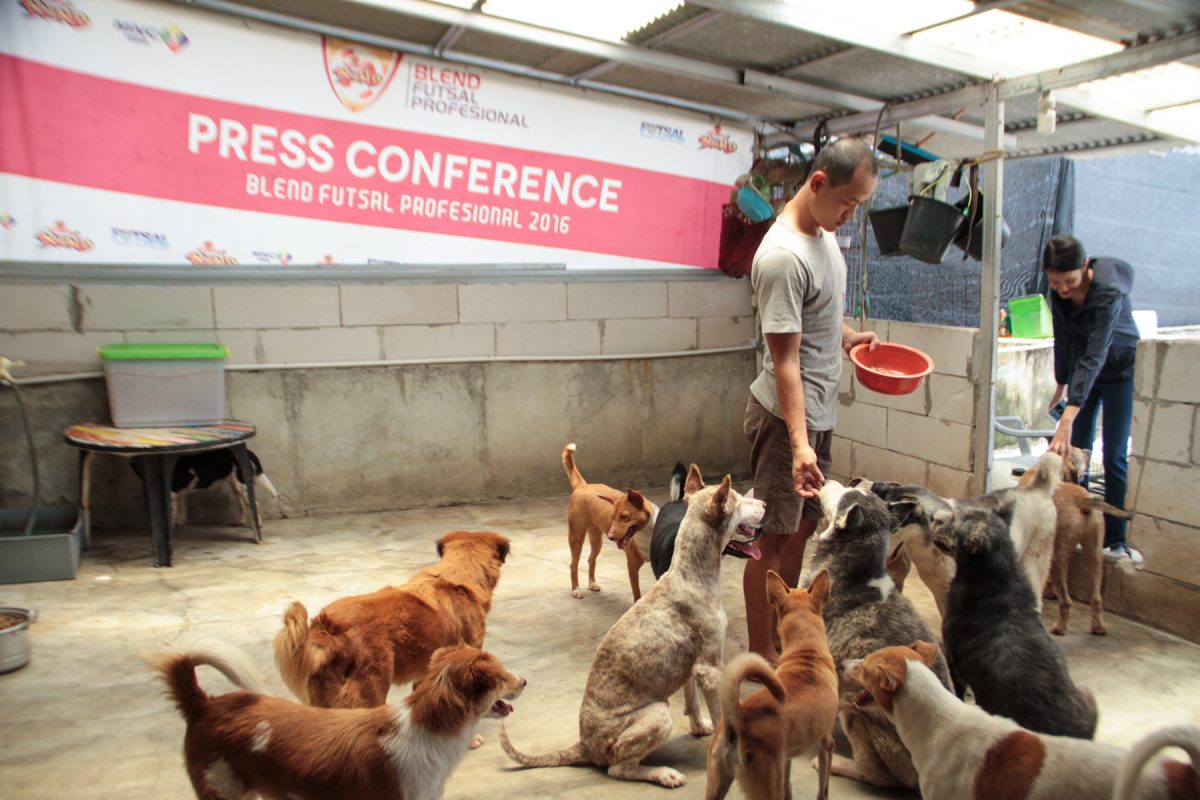 By Nadya, Aldina, Bntan and Gaby

One step inside the Maria Stray Home and you can intensely feel the love and passion Maria has towards the wellbeing of the dogs kept there. On that lovely sunny day, we greeted the inhabitants with enthusiasm as the four-legged furballs decided to storm at us, and some even went as far as climbing on top of us, welcoming us with glistening eyes and hopeful smiles.

We sat down at Maria’s room for an interview to find out more about her and Maria Stray Home. The fact that it was situated on the rooftop floor of a three-story house was enough to catch us off guard. Yet, as we settled and sunk into exploring our surroundings, we were pleased to find that you can only see to believe how dedicated she was in her life mission of providing a home for these dogs.

She immediately recounted a story about the numerous dog rescues that she had done. What was most repulsive for her was when she rescued a Schnauzer-Mix from a vicious mob after the poor canine was accused of being a mythical animal thief called babi ngepet.

She was fully aware of the consequences from taking on the role of providing a home for these lost and abandoned souls, having been injured herself due to sorting out a dog fight a few days earlier. However, nothing wavered her burning desire and passion to take care of her children, as she referred them.

“That is why I refused to call it a shelter; I chose to call it a stray home. I want to find them foster parents, not be a place where abandoned dogs are gathered. Like I said, they are children, not things,” she said.

Established in 2012, Maria Stray Home has been a home for more than 30 dogs at once. Most of them are large dog breeds, such as Siberian Husky, Pitbull and even mongrels or mixed breeds.

“The dogs here are mostly rescued based on reports from my peers; they were abused, abandoned and even tortured,”

She was baffled by the absurdity of how logic never seemed to play a part for certain people every time a dog was involved.

“The problem is that I am still realistic. I can only take in what I can afford. I get reports every day, but I need to [turn] a blind eye because of the space and money I have left. Not to mention, I can only rescue big dogs because smaller ones would only get bullied,” she said.

“Some dogs were even rescued from irresponsible owners. Can you imagine tying a dog to its leash, never letting it out for a walk, and only feeding it rice and chicken head for each meal? They were living in deplorable conditions, suffered from many complications, and all the owners can say is that they still love their dogs. Pathetic. Of course, I had to save the dogs.

“If they cared about the dogs, they would have treated it better, right? Before I had to go and rescue them myself.”

Her brutal honesty was refreshing, considering how undaunted she was by the opposing forces and the circumstances she faced. Taking care of 28 dogs, which are currently in the Maria Stray Home is an ordeal, especially financially to anyone who could not muster up the strength and effort to come up with the money needed.

“I never asked for donations. I hated the idea of owing to anyone for your own sustainability which is why I made do with what I had, and will always be like that,” she said.

Besides selling personally manufactured carbol floor cleaners, her husband helped her with the income from his work. She also opens up the opportunities to be foster parents by contributing to the dog’s meals each month, for as little as IDR 50.000 (USD 3.5).

“The dog lovers community has been generous in financing some of their treatment bills,” she recounted.

Initially, she was nothing more than the everyday dog-lover, owning a dog named Ciko. One day, her friend asked her to rescue an abandoned dog in her vicinity. She admitted to contemplating the decision beforehand since it is a commitment to raise and care for a dog. She ended up adopting the dog after calculating that her finances were sufficient at that time. The process repeated itself several times until her house was filled with 15 dogs and she had to leave.

Despite her parents being a devout Muslim, having gone for Umrah, their responses toward her dog-loving attitude were surprising at the very least.

“My parents were actually fine with it. Their only concern is whether I am actually financially capable to properly take care of the dogs since I would commit a sin if I didn’t,” she said.

She took out a book which discussed the Muslim laws in relation to dogs and its ownership. Despite the common perception that dogs were haram and hence, should not be touched, she pointed out how the book provided clear evidence and justification as to how Muslims were allowed to be dog lovers too.

Aside from that, she expressed her concern over the rising cases of abuse towards dogs and abandonment among dog owners.

“All I wish for is for people to be more responsible in taking care of the things they have. Not just material things in general, I also mean living creatures who need tender loving care, like we do,” she said.

“It is better to not have them as pets if you are only going to provide them with false hope. Might as well, let them be pets to more deserving people who can really take care of them.

“Imagine us who are used to the love from our parents, but when we are sick or become disabled, we are abandoned right at that moment. It hurts.

“It is a commitment to take care of dogs because we really have to think about their food and health, their vaccines. It is taxing but rewarding. Where else can you get a loyal companion who can bring smiles each and every day?”

“Dogs teach us about kindness, and responsibility,” she reminded us.

“So, my only message is to take caution and think twice before owning a pet because it is never an easy feat.”

In response to those who are averse to dogs, she realized that only ‘soft’ education can work in a society like Indonesia.

“In Indonesia, there is no law which forbids people from having dogs as pets so it depends on the person’s belief,” she said.

She pointed out how dogs were creatures with feelings; they seek tender loving care as much as we do. She thought dogs were taken for granted in too many instances in Indonesia.

“My advice is if they hate us because we own a dog, so be it. They have the right to not look and touch the dog,” she said.

“They should not take their own opinion as the truth and twist it to promote negativity.”

It is commendable how an action of a person can change the lives of many otherwise unfortunate souls who are voiceless in the sea of humans. It is now our choice to stand up for what we believe and carry out our own change for a better society. 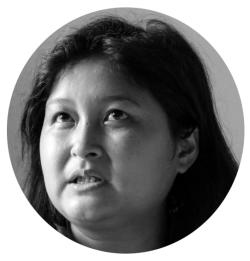 Maria is the owner of Maria Stray Home, a dog shelter based in Jakarta, Indonesia. She provides a home for stray or neglected dogs, as well as conduct rescue missions. Maria is an advocate of anti-cruelty for dogs and looks to find foster homes for “her children.”

She has around 30 dogs in her vicinity and is open to any support to help these dogs have a better life. To support Maria in her cause to maintain a home for these voiceless souls, you can check out their Instagram or Facebook, or visit Maria Stray Home at: