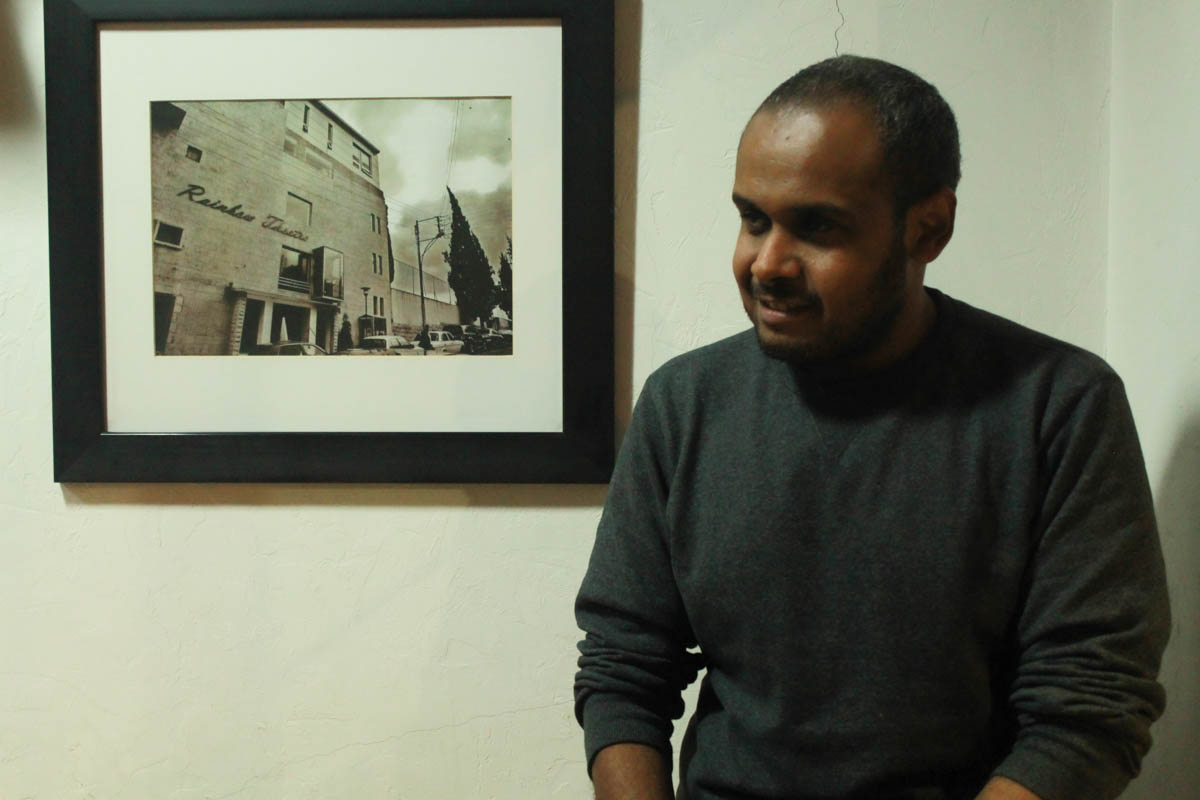 They Yemen civil war continues to contribute to the divide of both culture and people.

The Yemen war is a conflict that has occurred since 2015 until now, revolving around the Yemeni government and the Houthi armed movement.

Mo is a Yemeni that has found home in the land of Jordan, like many other refugees and immigrants looking to find new homes, due to war.

“There are so many bright minds in Yemen, but they are preoccupied with the essential things…I mean it’s just a way of life. Middle Easterns are doomed to live this way,” he said.

The graphic designer and entrepreneur has been in Jordan for 3.5 years, starting his own business and trying to make the most of living in the country.

“I create visual stuff. I want to describe myself as a visual communication director,” he said.

“Whatever it is, if it’s visual or carries a message I would love to create it – videos, graphics, UI, where they can see it, feel it and it can transcend a message.

“I have my own design studio…we actually provide services in design, whatever it is.”

What started as coming to Jordan for university, suddenly became a career opportunity. So why is he choosing to leave Jordan now?

“When someone graduates from high school and they don’t know what they want to do with their lives, and whether they are going to study in college, well I had that,” he said.

“I literally had no idea what I was going to do, so my parents were just saying, ‘you like cars and you’re like a gear-head so you should just go and study mechanical engineering.’ I thought that made sense, so I went for a few years and studied that.

“I just never thought I would fall in love with design and I really love design.” 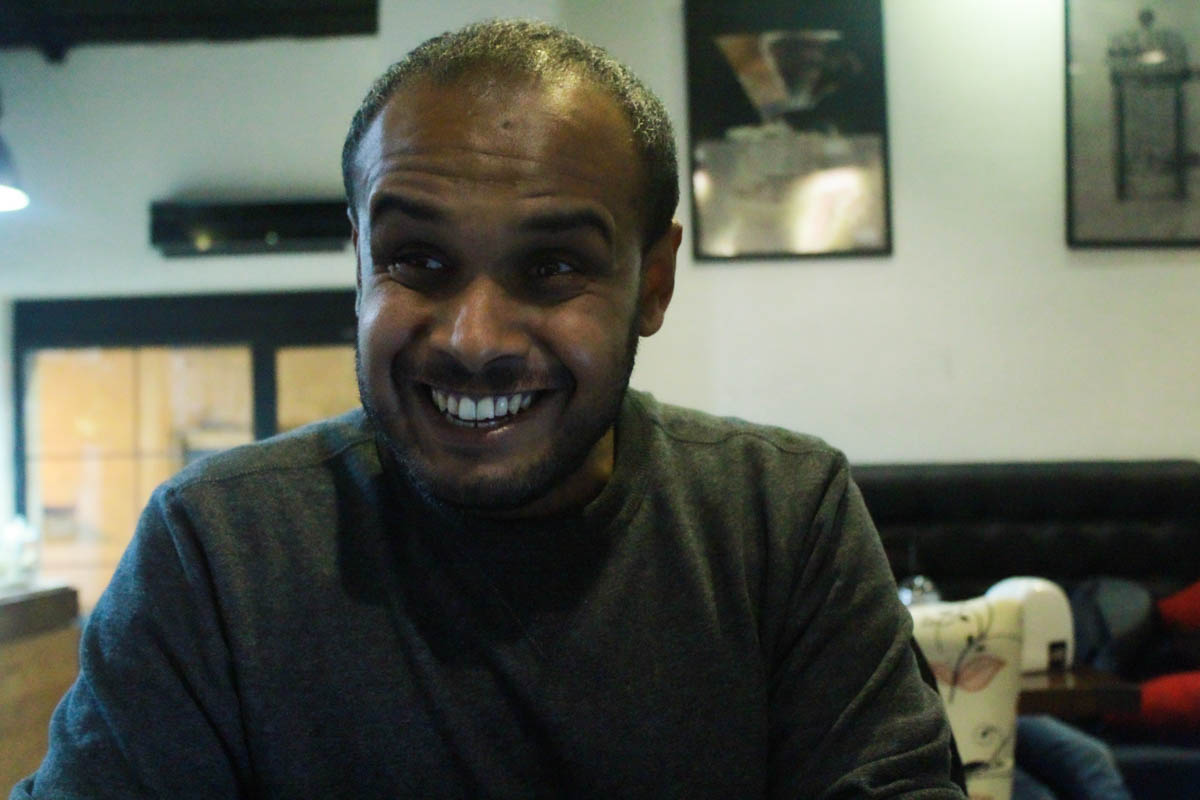 Mohammad Barroq (Mo) is a graphic designer based in Jordan. He is originally from Yemen and is looking to expand his design studio.

Mo came to Jordan to pursue his higher education. Born and raised in Saudi Arabia, he had to leave his family in the KSA and aimed for his bachelors in Amman, Jordan.

What he didn’t expect though was realizing his passion during the lonely days of summer vacation.

“Summer vacation everybody went back home, saw their families and had a good time, and I stayed in Jordan,” he said.

“All the time I went to internet cafes and chat chat chat. Internet forums, wasting my time, just playing Counter Strike, stuff like that. Things that make you feel like you’re wasting time, but once I got there, I started thinking, ‘how did this whole thing get built, this whole forum chat thing?’”

Mo had a friend in Saudi Arabia that was a well-known graphic designer, so he decided to take advantage of the opportunity.

“My friend said they designed [UI and graphics], they did the coding and everything, and I asked him if he could teach me, and he was like, ‘yes, I can teach you.’ And that’s how it started.” He said.

Moving back to Yemen

Mo decided to pursue design afterwards, however, he never took any lessons, simply trying to practice and learn self-taught. Starting with simple graphics at first, he quickly developed.

He kept this passion as a side-interest though when eventually he had to drop his education and life in Jordan. 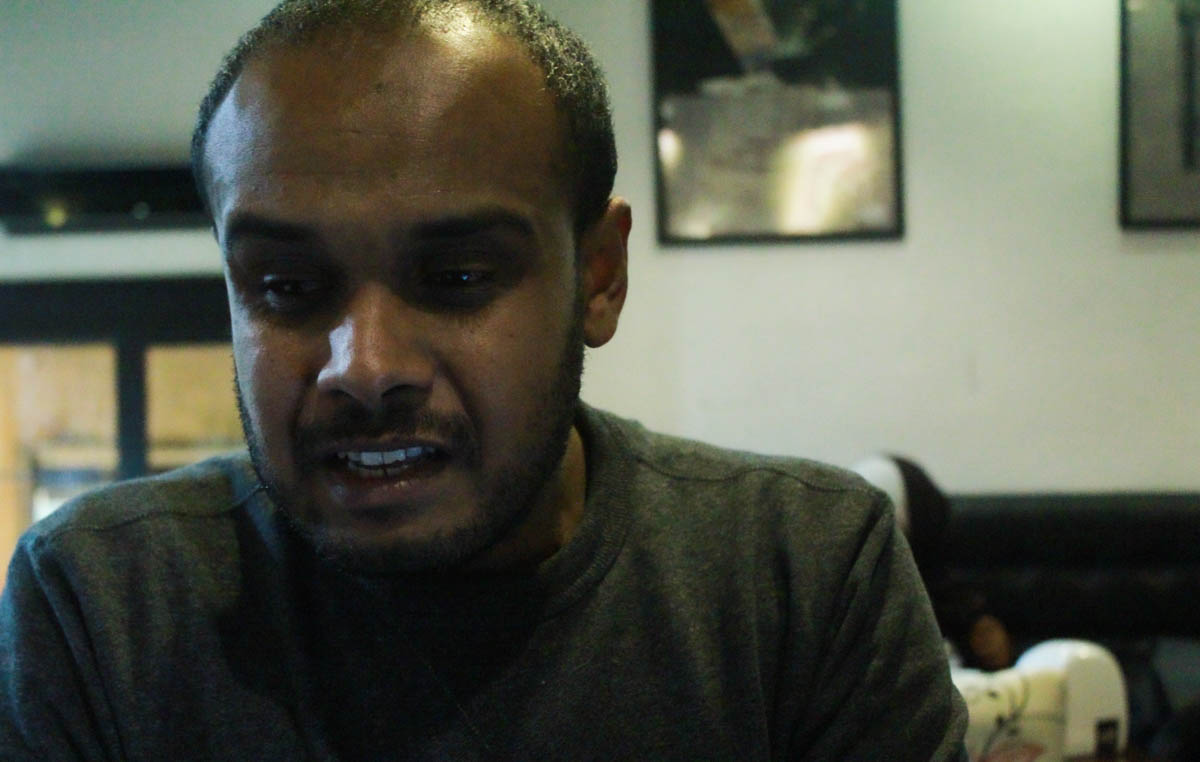 Mo came to Jordan originally to study at university, which eventually opened doors to his real passion.

“In 2007 I quit studying. I had to go back to Yemen from KSA, without any skills and a degree, it was very hard to find a job,” he said.

“In 2008 it was my first time living in Yemen, I was born in KSA. Being the first time there, I know it was hard to live there, but I just felt, I’m here, in a trap with no skills and degree, and I cannot find a job.

“I just started focusing on shitty jobs, until I got this job in 2012.”

Mo got a job in an NGO working on healthcare as a secretary. That was when he got extremely interested with the Public Relations department.

“Basically, the Art Design Director was not a Public Relations Officer, it was like a design kitchen there, so that triggered me, [I thought] ‘I knew how to do that stuff,’” he said.

“So, I’m gonna go and keep focusing and teaching myself, so I bought a bunch of books. Between 2012 and 2014, I really focused on it and at the end of 2017 I thought of getting my own design studio, how and where I didn’t know.”

The PR officer eventually quit, and Mo got the job. Though happy with being able to do design, he felt something was not right. He stated the irritation of being stuck with only one brand and one specific guideline.

It was a boring and mundane task; it also did not help that he was having troubles adapting to Yemen.

“I couldn’t deal with that and culturally I couldn’t keep up with the life in Yemen, so I knew I had to go, but I didn’t know where,” he said.

There was a youth initiative in Yemen and there were two enterprises with a workshop held in Jordan, and whoever had the best idea, it could be implemented as a business idea or small business.

Mo applied for the initiative and won. It was his chance to stay in Jordan and start his business. He worked on an educational platform to teach people about graphic design online.

What he did not realize though, that the funds he got were nothing in terms of starting a business.

“I thought I needed to use this in a better way, one that can generate money instantly by providing services as a designer,” he said.

Feeling the difficulties of starting a business, he decided to scrap his first business idea of starting an educational platform and decided to finally pursue his design studio. 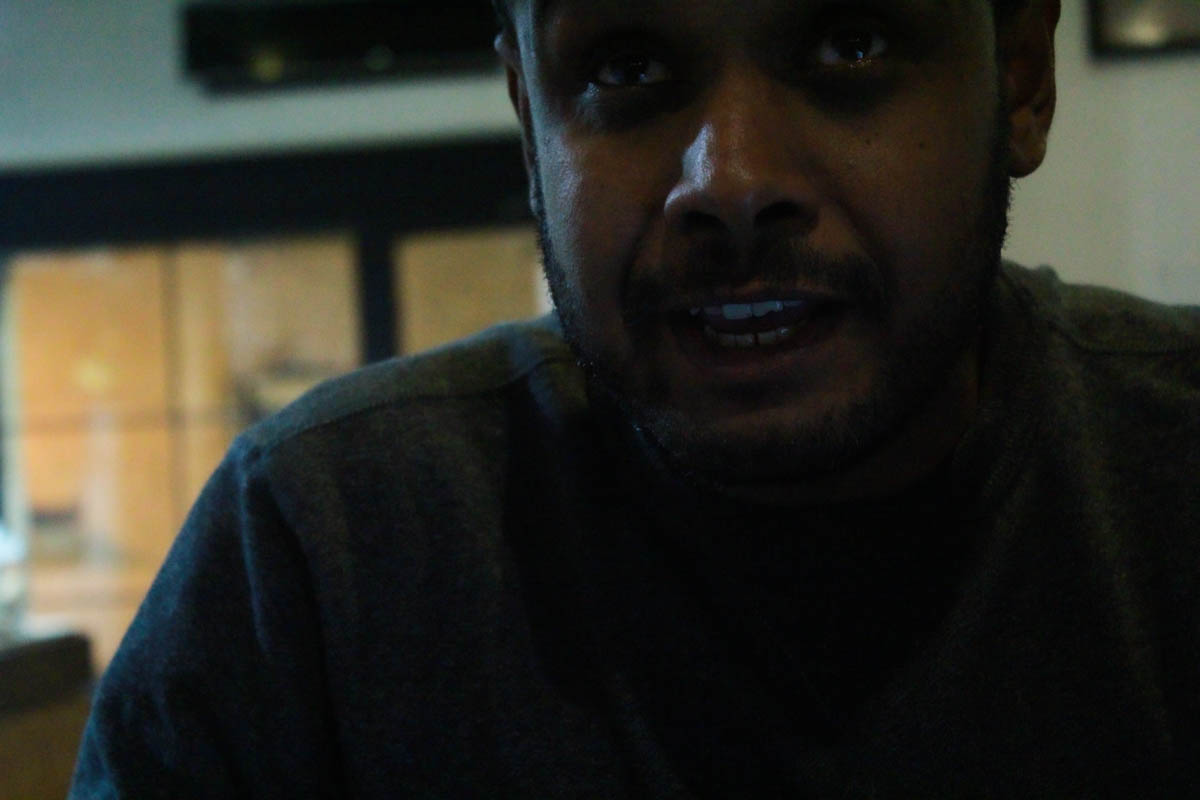 Mo finally came back to Jordan to start his own business despite the struggles.

“The first client I signed was my incubator. So now I was kicking off. This is what I wanted to do, to start my design studio, but I didn’t know where, but now I could do it myself,” he said.

Thanks to the help of word-of-mouth and experience working with clients, Mo was eventually able to thrive in the industry, finally hiring employees and receiving clients like UNICEF and GIZ.

“Once I saw that, I saw that I could do it, it just takes effort, I knew how it would be. Mentally it was easy, physically it was hard. So, I thought, ok, I need to step back now, which is the point that I’m in now,” he said.

After successfully starting his own studio in Jordan, Mo wanted to take a step back in his vision; aiming to reshape his vision.

“I could see that I did some projects here and they are loving it, but I want it to be global,” he said.

Greatly inspired by the Bauhaus art movement, which was an art school in Germany that birth a new style of international art today, Mo wanted to experience and learn more about this style and its industry, particularly the art industry in Germany.

With that, Auf Wiedersehen Jordan and hello Germany. 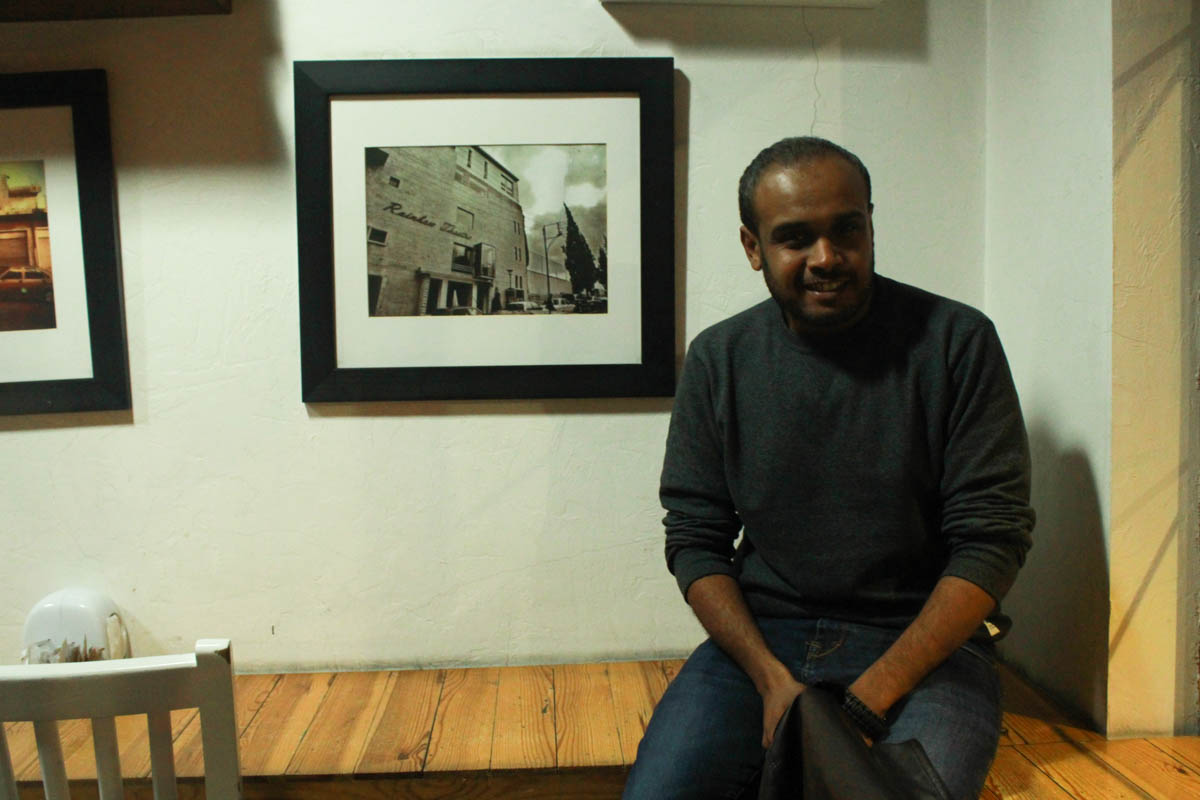 With the aim of trying to succeed in Germany, Mo made a big decision to leave Jordan.

The problem with Jordan

Mo said it was a dream of his to start his own design studio in Berlin, the capital of modern art. And as “homey” Jordan may be, it was still not an easy country to live in, let alone start a business.

Jordan has a struggling economy with difficulties for refugees or foreigners to start businesses. With only a 2.3 percent GDP growth this year, the country is still having difficulties in providing proper economic growth.

The country also limits employment for certain refugees. Not all refugees are permitted to work, causing disparity for the refugee population, which makes up 43 percent of the total population.

“I don’t like that Jordan makes you feel like the system is bullying, I mean I’m very thankful for Jordan, no other country would have me,” Mo said.

“The thing is, I’m not talking about the country itself, more the society itself. It’s just a place where everybody is running away from something. I know so many people that come from Europe and they’re actually running away from their life there because they have other stuff, according to them, it’s too hectic and they can’t handle it.

“So, they come [to Jordan], take a risk, explore the Middle East. It’s like a transition point.”

When asked whether he enjoyed being in Jordan or not, Mo saw it through a different perspective.

Now, as Mo sets off on his new journey, he reflects on the different experiences and opportunities he has faced, stating that he appreciated all the different skills and characteristics he gained from them.

“That wouldn’t happen if it weren’t from meeting new people, work, social life, the amount of information you get from all this stuff around you shapes you, and you can imagine what you can do with that.”

From being born in Saudi to moving back to Yemen and then moving to Jordan, Mo was exposed to different people with different cultures and backgrounds, he emphasized the importance of embracing those differences and learning from them.

So, coming from a war-torn country may not be the easiest life, but as proven from one individual’s efforts, anything is possible. Perhaps Middle Easterns aren’t doomed to live a certain way.

“The biggest lesson is also my motto, create your own reality, don’t wait for anything. Just go for it, and if circumstances don’t work for you, make it work for you,” Mo said.

“You have to make it work somehow.” 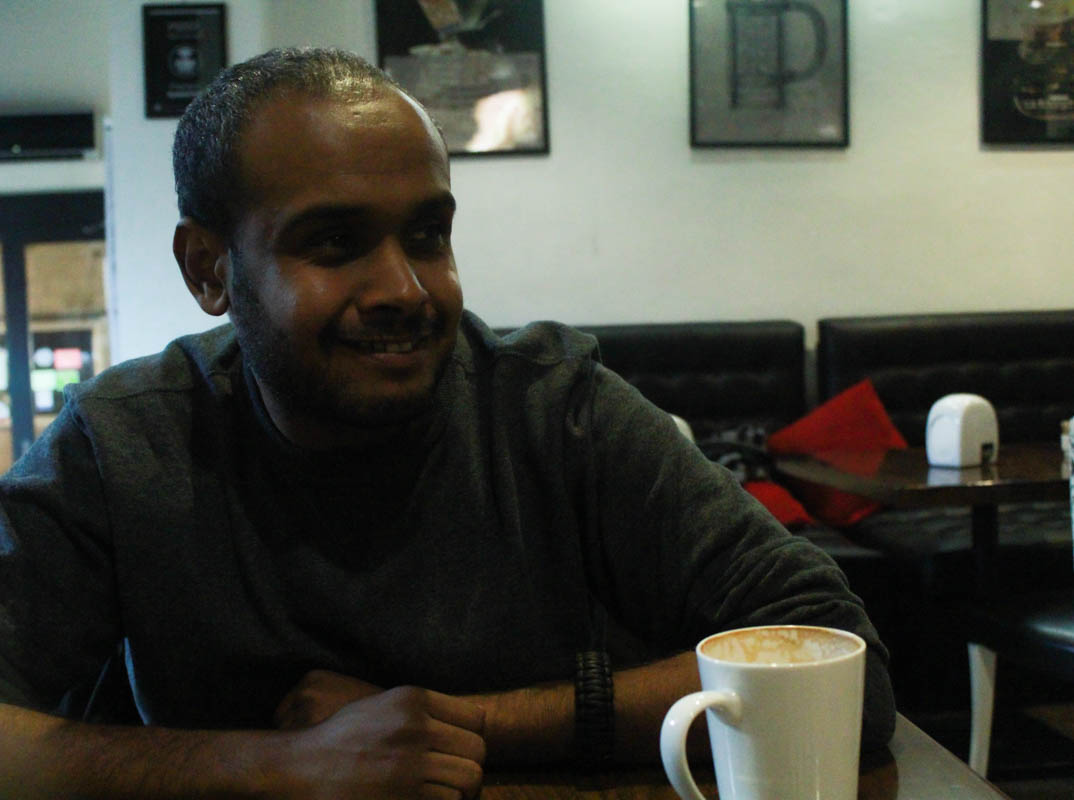 “You have to make it work somehow.” 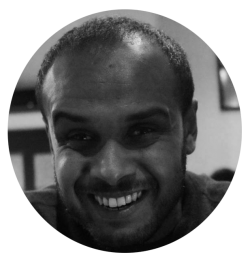 Mohammad Barroq (Mo) is a Yemeni that resides in Jordan. He has his own design studio and looking to pursue a global presence for his company by migrating to Berlin, Germany. He aims to understand more about the design industry, particularly the design industry in Germany and would like to create his own office in Berlin.

Mo aims for greater stability and success, particularly career-wise. He is very passionate about design and looking to continue it in the years to come.