In a factual sense, filmmaking in Jordan has recently just picked up rapidly 20 years ago. This puts the percentage of millennials in the filmmaking industry on a massive rise.

Mona Shehabi, a presently renowned award-winning filmmaker and millennial, started out in the movie scene as an actor in local and international productions, before taking her experiences as a young actor into making films, and/or working with local and foreign movie production crews.

Films continue to be an important source of entertainment in the Middle East, with film viewing on the internet increasing by 63 percent, while film viewing on TV increased by 90 percent in 2018.

Evidently, the increasing love for films in the Middle East has since created work opportunities for local aspiring filmmakers in the currently blooming local film industries, a thought Mona herself thought of.

“I love documentaries. I don’t mind spending ten hours watching documentaries. And then I wanted to make my own documentary for some, you know, when it comes to films and short films, you always learn,” she said.

She eventually took a documentary workshop from the Royal Film Commission by Rashid Masharawi, a famous and award-winning film director in Jordan, particularly his work in documentaries.

Making her first documentary, little did she know that she would become an award-winning filmmaker. Based on the story of one of the first female dive instructors in Jordan, Mona milked the beauty of Aqaba (The Red Sea); a spot that has captured divers and tourists from all over the world, together with the uniqueness of the story, to bag herself an award at the 25th edition of the Franco-Arab Film Festival in 2019. 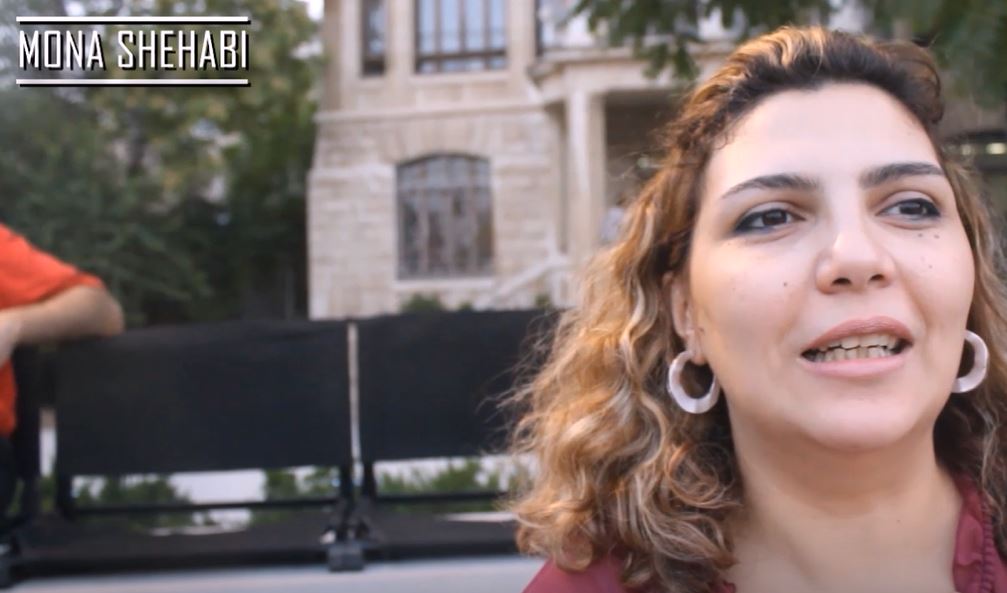 Mona Shehabi is a filmmaker and fashion designer from Amman, Jordan that focuses on creating films about the everyday people.

“I knew from the moment I sat down at the filmmaking workshop that this is the film I want to make. I want to make a film, I wanna become part as a team player. But I don’t just want to make my own documentary. And Yeah, we pitched a couple of ideas; Al-Waad  Idea, the Diver, the first female Jordanian diver won. And we got it from there,” she explained.

Mona tried to provide a human touch to her work, focusing more on human interest pieces, one she hoped would make a positive impact for those that view her work. She did that by focusing on one of human’s most shared feelings, pain.

“I was dealing more about humans, and I was dealing more about pain. Maybe I was in pain at that time, I’m not sure…like you know what, I really want to highlight on positive stuff, because people need positivity. There’s a lot of bad things going around and people just want to see good stuff to give them hope. It doesn’t tranquillize, it’s just like to keep them moving. It’s just like the sun that comes every day,” she confessed.

Mona’s drive to create positivity from her work has also led her to another cause she truly cares about, women empowerment.

According to an article by the Wilson Centre (United States), women throughout the Middle Eastern region, as is true in the rest of the world, face a variety of challenges: underrepresentation in the political sphere, exclusion from or barriers to the workforce, repercussions of family status laws, physical and sexual abuse, and at times the responsibility of supporting their families by themselves.

Mona expressed the positivity of being in the media industry that is thanks to globalization, she saw more people being open to change, including providing greater chances for women.

“I think now it’s completely different. There’s a lot of awareness. People are seeing there’s a lot of movements, a lot of empowerment. Women have more chances, and I think this is one of the pros of globalization and open culture in multimedia and it brings all together. So, even the no(s) are no more there. The limitations are not there anymore,” she expressed.

The joys of motherhood

This topic of women empowerment is especially important to her being both a woman and a mother.

According to a Forbes article,  the level of pressure for women in the workforce doesn’t come as a shock, with 43 percent of qualified women end up leaving their jobs once they have children. Millennial mothers are feeling overwhelmed and unsupported during the transition from motherhood to working mother.

The film director started out her career as a young actor, where she mostly got cast as a mother; apparently the film industry thought she had “the look” for it. Though Mona played a mother in various TV scenes, it would never prepare her for the reality of actually being a mother to her son.

Mona has had to integrate motherhood and filmmaking to create a harmonious co-existence between life and work. As a working mother to six-year-old Yahya, she explains the joys and challenges of motherhood. 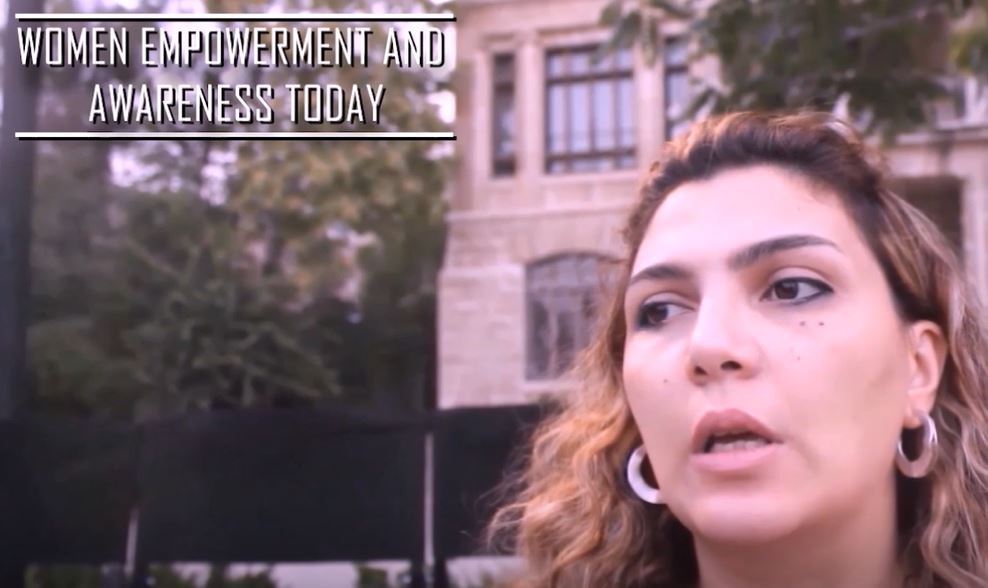 Mona is also a mother to a young son, Yahya.

“[Yahya] is a blessing. He [gave] a lot to me, he made my life much better, and he is the person who made me want to make [films] and made me want to have a legacy. It’s because I want him to see life from my eyes. It’s everything better he makes me become. It’s him. So, yeah, he is a blessing.”

Way before her dive into the filmmaking world, Mona professed her love for the traditional Arab fashion. The Middle East has always been a lucrative part of the world for the fashion and luxury industry, long before BRIC countries and other emerging nations went under the spotlight for their desire for high-end brand names.

Many fashion icons and designers like Mona from the Middle East continue to remind us that we can still look beautiful in a long poodle skirt or flowing daytime dress without looking outdated. The richness of the Arab culture itself has proven ground for impeccable display of an incomparable dress sense.

“I’m not like, the best fashion designer and there’s a lot of more professional people that study the knowledge and the expertise and the trend as well. But I’m really connected to culture, I’m really connected to the man-made and to what people leave as a legacy and their heritage. And now like, it’s the heritage that has kept us alive and has kept us ongoing, and when you know like your family tree, and what your ancestors used to wear or to eat, all of them,” Mona said.

“This is how cultures and civilizations are built. So, it’s more about highlighting also that we are not a closed culture, because unfortunately at that time, there was less reading and people were more Facebooking. So, I see it as well like, ‘okay, just highlight on this, because it’s really something worth to be shared and to be highlighted on.’” she declared. 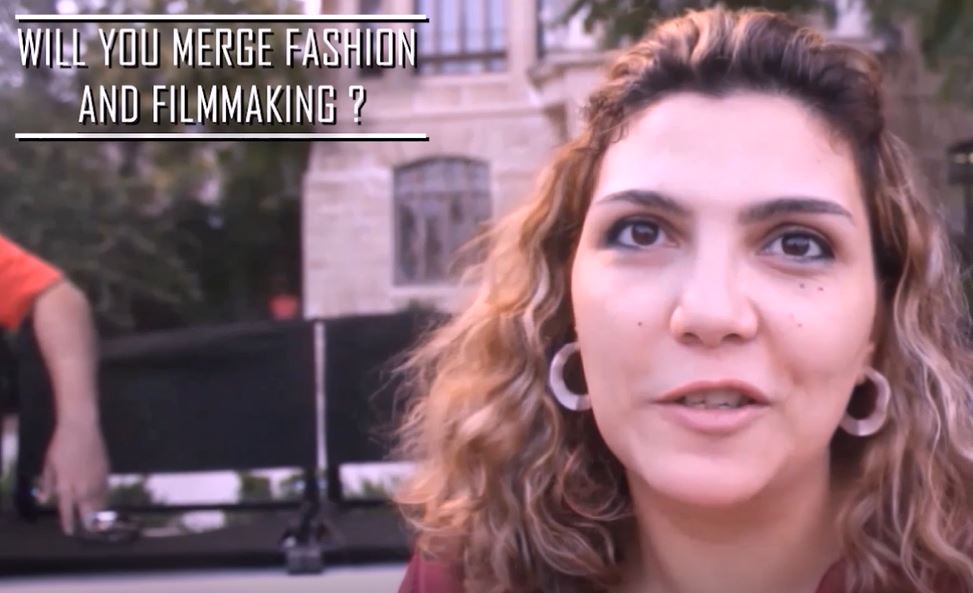 Mona also has a passion for fashion, combining a sense of culture and beauty into one.

She was asked if she would ever merge her love and skills in fashion design with filmmaking, and she quickly confessed the need for the differing individualized skills of both forms of art.

“No! I would definitely leave fashion to fashion people, and I would do the filmmaking,” she said.

“I love costume design, I love characters and dressing and sorts of stuff, so I would love to have a hand, but I’m pretty sure as long as I’m good at what I do, there are much better people that do costumes and designs and fashion than me. And I would love to wear their clothes, maybe to put some ideas, if it’s my film, but at the end, it’s their area, it’s their love, it’s their creativity. Let them do it.”

As I was wrapping up my interview with this powerful and ambitious mother/film director/fashion designed, she sprung me with additional information about her life, that she is also a chef.

Coming as no surprise to me, I ended our conversation asking for some food for thoughts to her very diverse and multi-talented career journey.

“I love food! A friend told me once, ‘never trust a skinny chef,’ because I’m a very good chef, and when I talk about food, it’s like, people say ‘hmmmm, you make our mouth water.’ I really love food,” she concluded.

Like Mona Shehabi, through filmmaking, fashion, and even her love for food, women in the Middle East, like every other part of the world, can contribute positively to country reforms and use their capacities in their professional careers to further excel in society at large and be agents of change. 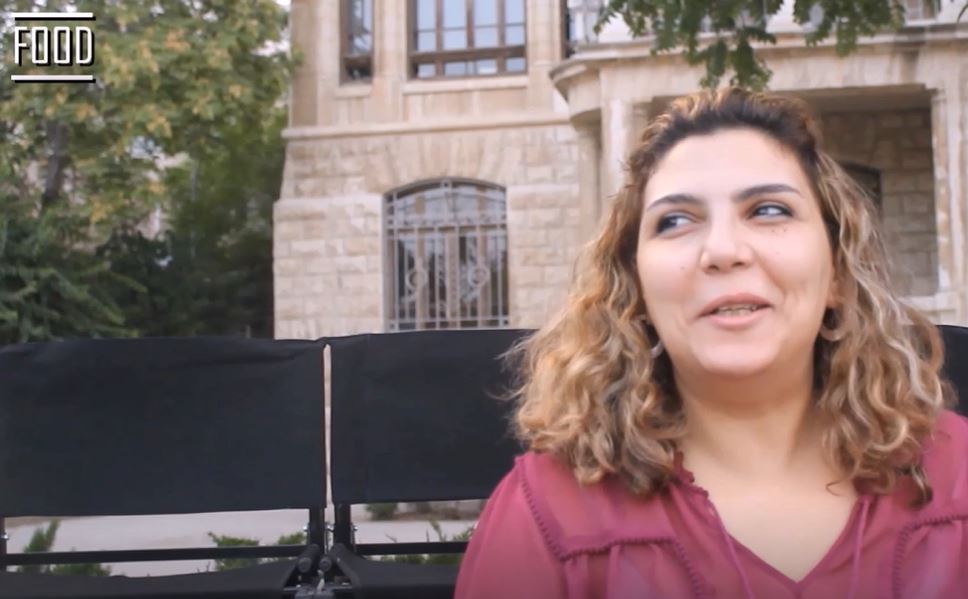 On top of everything though, Mona loves food and creating food. This mother/ filmmaker/fashion designer/chef is truly a jack of all trades.

Mona Shehabi is an actor, assistant director and an award-winning producer of the short film ‘Al-Waad’. Also a fashion designer, she has spent the last decade growing her crafts internationally and locally, inspiring and empowering others along the way.