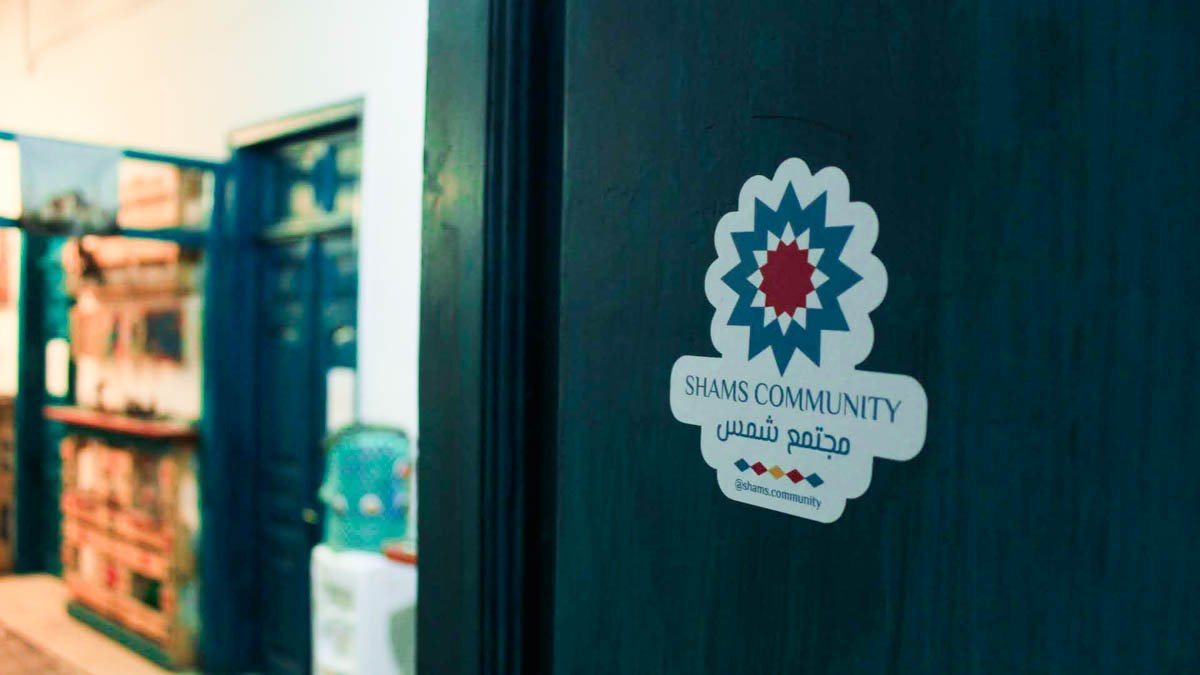 Walk down the stairs into the Shams Community house in Jabal Amman and you can instantly feel the buzz of endless conversation. As you pass the handful of smokers chatting on the outdoor patio, you soon enter the main hall of the house. There is a welcoming air to the room that puts you at ease, encourages you to mingle.

The long table in the centre of the room is framed by a number of teal doors, each labelled separately: ‘Safe Sex’, ‘Age of Consent’, ‘Reproductive Health’, ‘Abstinance’. Tonight, the 60 or so people hailing from all walks of life will come together behind one of these sea-coloured doors to talk about sex, baby.

He’s referring to Shams Table – the weekly or bi-weekly events the Shams Community has been hosting in their communal house for over two years now. Tonight’s topic is sex education. Next week’s topic: religion and society. But topics can and have ranged from a variety of subjects. Emotional versus rational thinking. Mental health and well-being. Climate Change. Even current events; things happening in Jordan or in the news around the world. 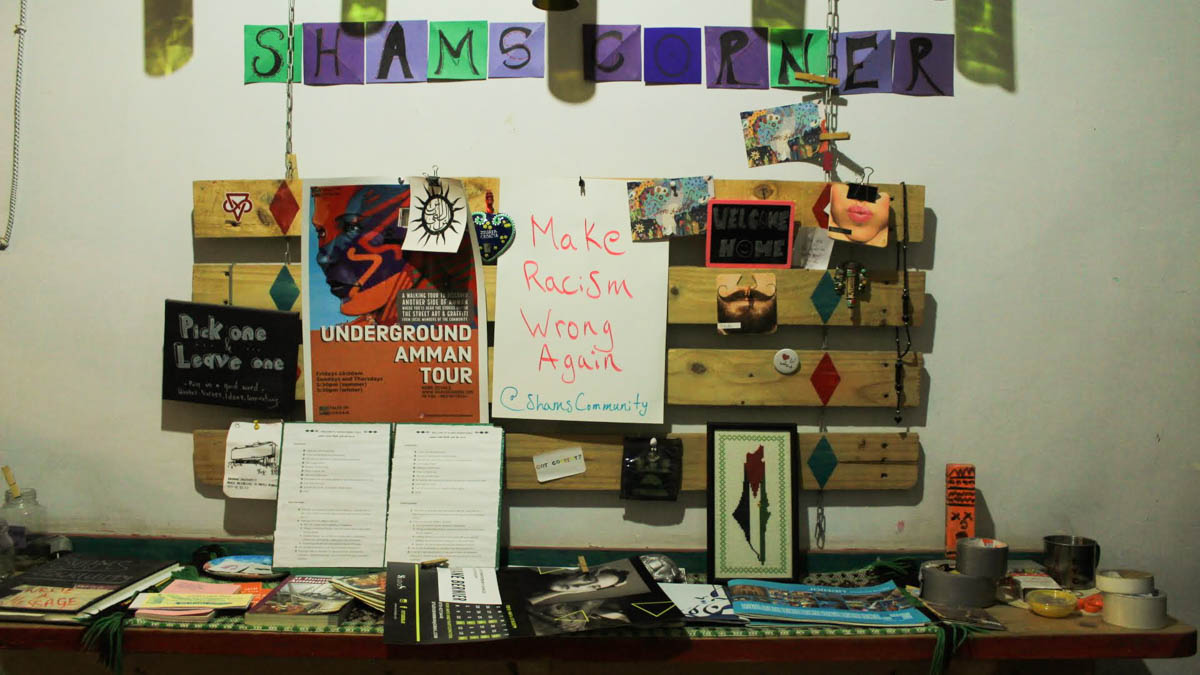 Shams community hold discussions about various topics, such as social issues and everyday news within Jordan.

“Instead of social media fighting,” Abu Alhassan implored, “let’s bring it here.” When the global #MeToo movement sparked, they made a Shams Table about it. On the International Day of Human Rights, they talked about human rights.

But how does Abu Alhassan manage to gather 50 to 100 people in the late evening on a workday to just… talk?

As the pre-discussion mingling – accompanied by tea and cakes – came to an end, everyone started trickling into their designated rooms. Some went to English-speaking rooms, others to Arabic, but each at an intimate number of roughly 10 plus a facilitator. Everyone went around their room introducing themselves and the facilitator explained how the night would proceed.

Then, one room at a time, each acquaintance returned to the main hall and was greeted by the long communal table now adorned with enormous dishes of food. Everyone piled their plates with koshari, fattoush, hummus, fried cauliflower, eggplant, salad – almost every vegetarian-friendly Arabic food you could imagine – and returned happily to their rooms for the discussion to finally begin.

Shams Table is a rather simple concept: bring people together – with the allure of some good home-cooking – to discuss pressing issues in our society that aren’t talked about in our everyday. Abu Alhassan believes this is the true starting point to initiate any kind of social change. How can we fix something if we don’t first talk about it? 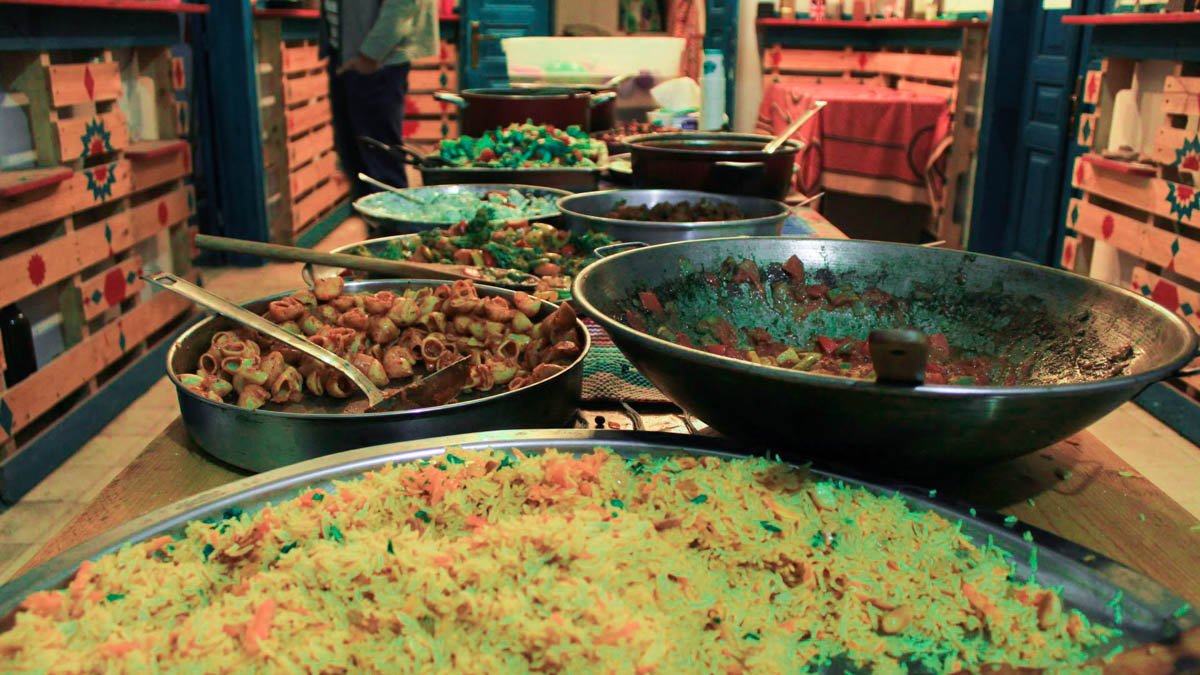 Leading a discussion through food.

How it all began

In 2015, Abu Alhassan moved to Nairobi, Kenya to participate in a social innovation management program at the Amani Institute. “Why Kenya? It was the time of finding balance,” he explained to me after the nearly three hour Shams Table on sex education finished, the two of us huddling near a single heater while his canine companion, Bahar, slept on the bed in the corner. “Where was my life?” he metaphorically asked. “I wanted to just leave to take time to think, to learn, and to decide if I wanted to go back [to Jordan] and do what I’m doing now.”

Before his journey of self-discovery in Nairobi, Abu Alhassan founded and managed a registered non-profit organization focused on youth volunteerism. But things quickly grew into something larger than intended, leaving him feeling a bit uneasy. “The whole thing started [simply]. [We just wanted to] do some volunteering with youth and this developed to become a registered organization. We got a team, won some awards, got some money and an office.”

“I was like, ‘Wow, is this what I want? Does this meet what I want to do in two, three years? Are there limitations to what I’m doing?’” he continued. “So Kenya was this place where I could go back and start over. To start questioning things in my life.”

Though he was looking for some guidance with this change of scenery, some things in life always stay the same. “Before all this, I loved cooking. In Jordan, I was always making food and inviting people,” Abu Alhassan told me. “I opened my house to Couchsurfing, Workaway, all these things a long time ago to meet people. All my friends would come to my house, I would organize these things.”

“In Kenya, I was doing this too,” he continued. “I think part of my strength is I make it easy to bring people together and create this open space. I was like this connector between people.” 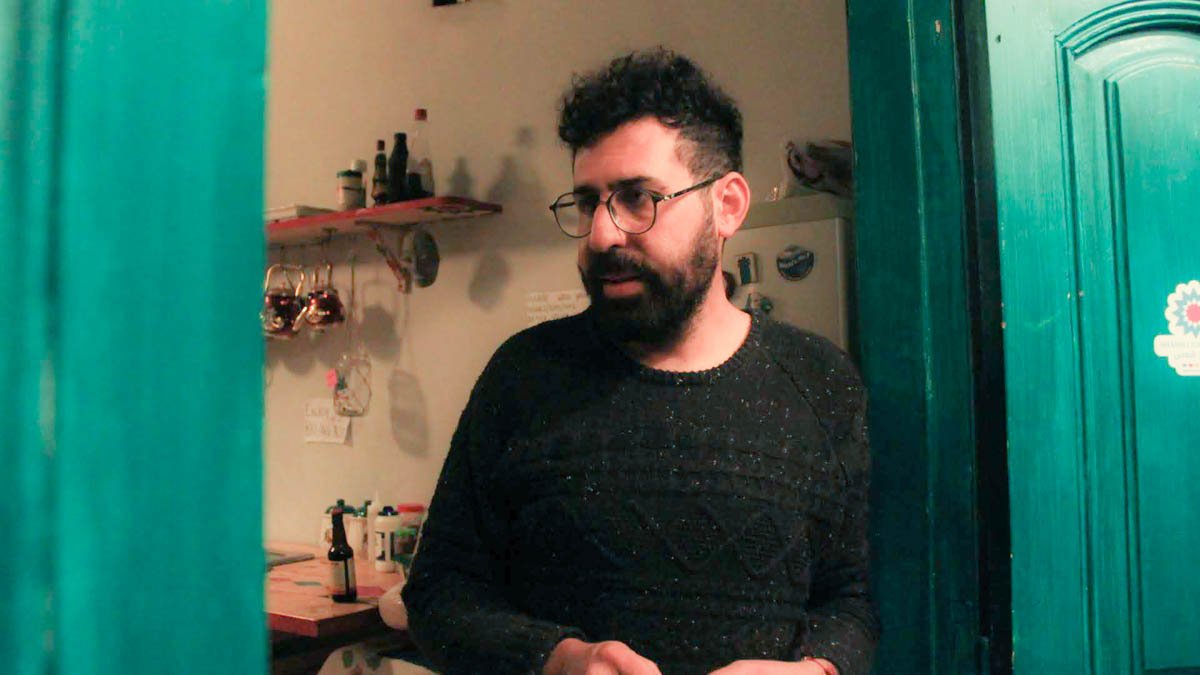 Saeed Abu Alhassan talking about the start of Shams Community.

The month of Ramadan – a religious holiday for Muslims which involves fasting during sunlight hours and eating meals together in the evening – happened to take place during his time in Kenya. “People were asking me ‘What’s Ramadan? What’s fasting?’ I explained [to them] what fasting is, how it’s healthy, it’s a good experience and we can do it if you’d love to try it and we can make food and invite people.”

So Alhassan hosted in iftar (“breakfast” in Arabic) for about 45 people in his Nairobi apartment. This was far bigger than any dinner-with-friends he’s hosted in the past, so he asked everyone to chip in some cash so he could feed everyone. “And no one said no,” he said, to his surprise. “Everyone came with drinks and we had iftar, it was an interesting evening.”

Alhassan invited people from all social circles, meaning nobody really knew each other before that evening. “So they started connecting and making this conversation,” he described incredulously. “And you know this kind of moment where you zoom out and observe everything? I was standing in the kitchen and was like ‘Mmm’.” The light bulb went off. Shams Table was born.

Making change doesn’t have to be complicated

The very next day, after the successful iftar, Alhassan ran to campus and changed his social innovation project to Shams Table (called “Shams Kitchen” at the time). His original idea for this program was something complicated – and, admittedly, he didn’t even remember what it was – until he realized that creating social change doesn’t have to be complicated.

Before Kenya, Alhassan participated in youth dialogue seminars and exchanges. With this experience, along with his work in the non-profit sector, he observed a disconnect between projects and people. It seemed as though people just weren’t communicating properly or making the proper connections, so they kept making the same mistakes.

Moreover, Alhassan never claims to be a “changemaker”; he always advocates for solving problems together. There is no use in holding all the burdens of the world on our shoulders – we can’t change everything in the world, and we definitely could never do it alone.

“If I change the things around me and make things better around me, and you do the same, and they do the same,” Abu Alhassan demonstrated, “then things will be fixed because everyone is doing good. At least you can help your small circle. Everyone can’t help everyone else.” 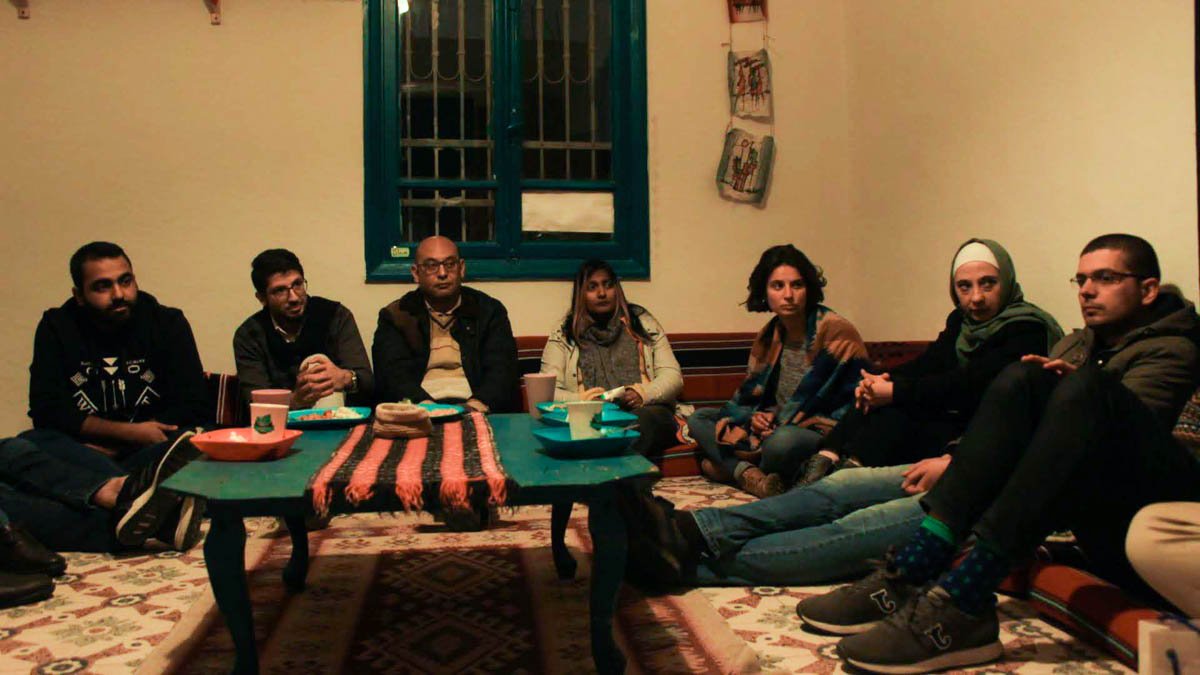 When Abu Alhassan returned to Amman after his enlightening six months in Nairobi, he hosted a few events in friends’ houses here and there. But one day, while walking around Jabal Amman, he stumbled upon those welcoming stone steps which lead to the now-Shams Community house.

It was completely trashed when he discovered the residency, but he immediately felt something. He saw potential in that multi-room building with broken windows and dusty liquor bottles strewn about. “There was no electricity, no water, water coming from the ceiling, broken doors, broken windows,” Abu Alhassan said. “Everyone was like ‘no way’ and I was like ‘I’m going to take this house.’”

“Then I started working. I hired some people to do the main things, then me and my friends started putting in furniture. People came to sit and live with me,” he continued. “Then I started doing these discussions here.”

Slowly but surely, more and more people started coming to his events. This ushered in an initial wave of criticism. “‘So you’re going to bring people to talk and you’re going to charge them money?’” Abu Alhassan mocked what he would hear from some critics at the time. But he knew that people would see the value in what he was doing and would want to be a part of it.

The first Shams Tables took place in 2017. By 2018, the Shams Community house and their Table talks were concrete. Since then, both local Jordanians and visiting foreigners have attended Shams Tables consistently.

“The idea is to expose people to new bubbles, new ideas, and challenge their own ideas,” he told me valiantly. “‘Yes, this is me,’” he said metaphorically, “‘but these people live with me in this place so I need to listen to them and understand them.’”

Even more simply, Shams Table is a safe space where people can gather and just talk to each other face-to-face – something that has become increasingly more difficult in today’s digital age. “If people don’t know each other, if people don’t have these meaningful connections, we can’t work together. We can’t trust each other.”

Today, Shams Tables can be found in almost 10 cities worldwide as the Shams Community in Amman focuses on spreading the concept and spreading the impact. Abu Alhassan and his team of volunteers are currently working on an online platform to better support communities across the world who want to host an event.

Yes, many attendees come to Shams Tables for the amazing food, but it’s about the dialogue. Shams Table is about connecting to people you wouldn’t have the opportunity to otherwise. It’s about hearing the other side. This is how we grow; this is how we can impact those around us. 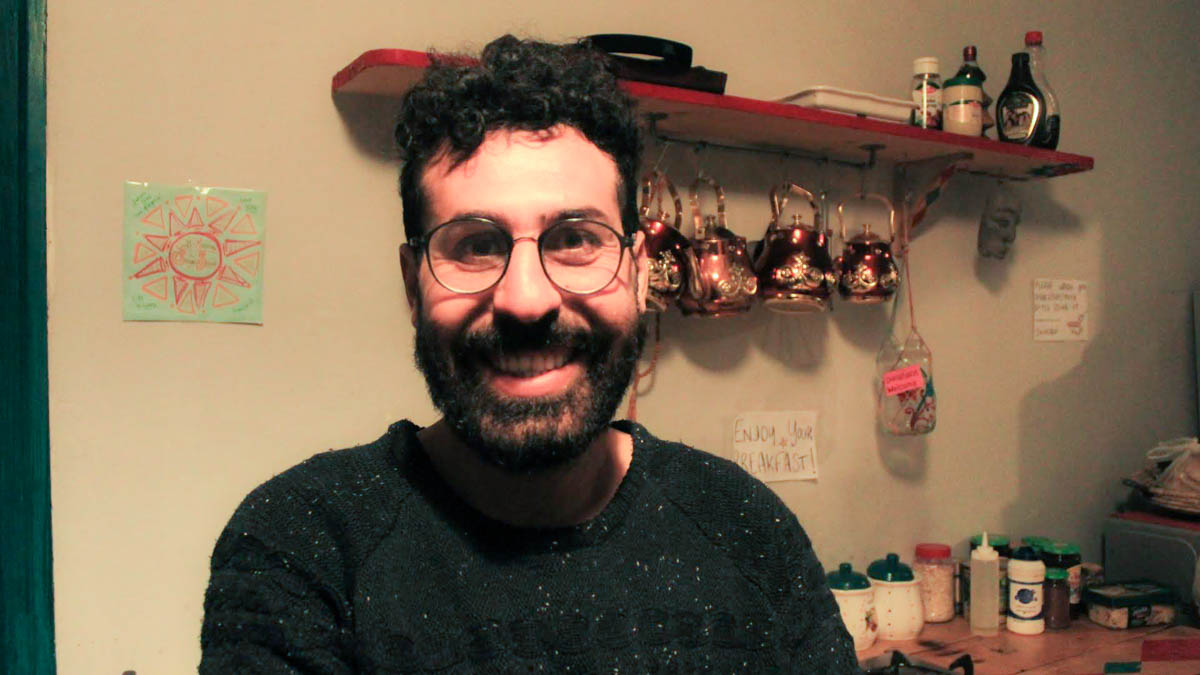 Shams Community is a space to encourage change and open-minded discussions, in the hopes of creating acceptance and understanding. 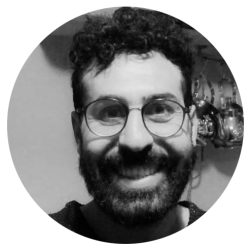 Saeed Abu Alhassan is the founder of Shams Community, an Amman-based social enterprise that focuses on creating social change for the community. Shams Community encourages people to have discussions about different social issues that happen around the world, including those within Jordan.

Shams aims to facilitate change by bringing people together into safe spaces that encourage self-awareness, dialogue about social issues and sharing personal stories, as well as promoting intercultural understanding and tolerance between individuals and communities.

The pros and cons of being a funemployee